When you see this video and listen to the story you will understand the Marine Corps ethic, its fighting spirit, and why Marines only see one color–Green.

The power of this story is in its simple narrative as told by a Marine who served two tours in Vietnam and who found himself in a leadership role in the midst of a well-planned and executed L-shaped ambush by a battalion of NVA regulars. Now 50 years after the battle, that Marine, 1st Sgt. John Lord, has finally given his proper due. He was recently awarded with the second highest medal for bravery under fire, the Navy Cross. His men, the men he fought with and led that day, fought for that award for their brother and leader for all of those five decades.

Typically, Lord, the man telling this story in the video, says very little about himself, but a great deal about how the men of Kilo Co. 3rd Bn, 7th Marines fought that day and proved their metal in an overwhelmingly difficult battlefield situation. 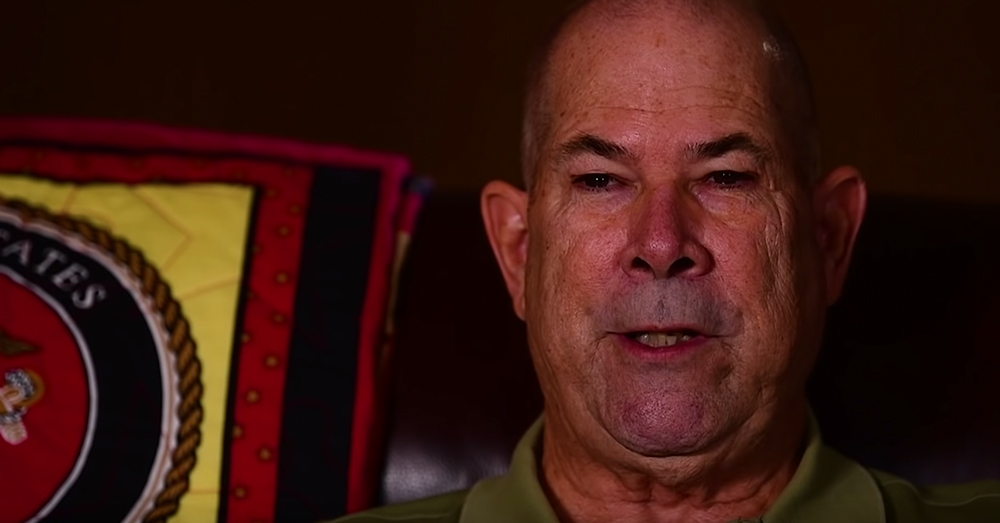 
Listen as he describes the events of that battle in an open rice paddy bordered by a tree-line of jungle forest. It was a particularly hot day and they were carrying very heavy packs. They were crossing the open rice paddy when they got the word to drop their packs, which they did and continued toward the tree line.

When they were within just a few meters of the tree-line the NVA opened up on them with all they had. The Marines of Kilo Co. had come up against a battalion-size force of North Vietnamese Army regulars, and they held a well-fortified position firing at the Kilo Co. Marines from bunkers hidden in that tree-line. An NVA battalion had around 570 men in it. Kilo Co. had 120 men.

The odds were well against the men of Kilo Co. 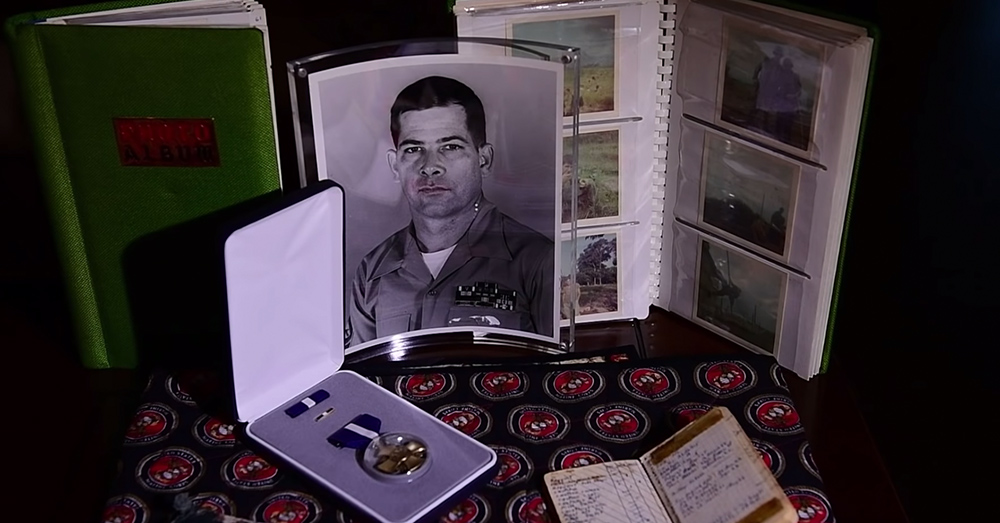 Source: YouTube/Marines
Lord was awarded the Navy Cross, 50 years after his actions in the Vietnam War.

You will hear 1st Sgt. Lord’s description of how Kilo Co. responded to the ambush. His love for his brother Marines and the Navy Corpsmen that fought together and for each other that day can be heard in his voice as he tells the details.

According to Lord, the men of Kilo Co. spent a day in Hell those 50 years ago now. They were in the open or behind the one dyke they could find in that rice paddy and they were being hammered by the NVA battalion. They fought, in 1st Sgt. Lord’s words, “with great gallantry.” When a relief column of Marines arrived at around 2000 hrs that evening, Kilo Co. had suffered 68 WIA and 22 KIA. Those who were wounded continued to fight and the Corpsmen continued to move about the open rice paddy to care for their Marines. Most of the Corpsmen were wounded, often twice, but continued to do their duty. 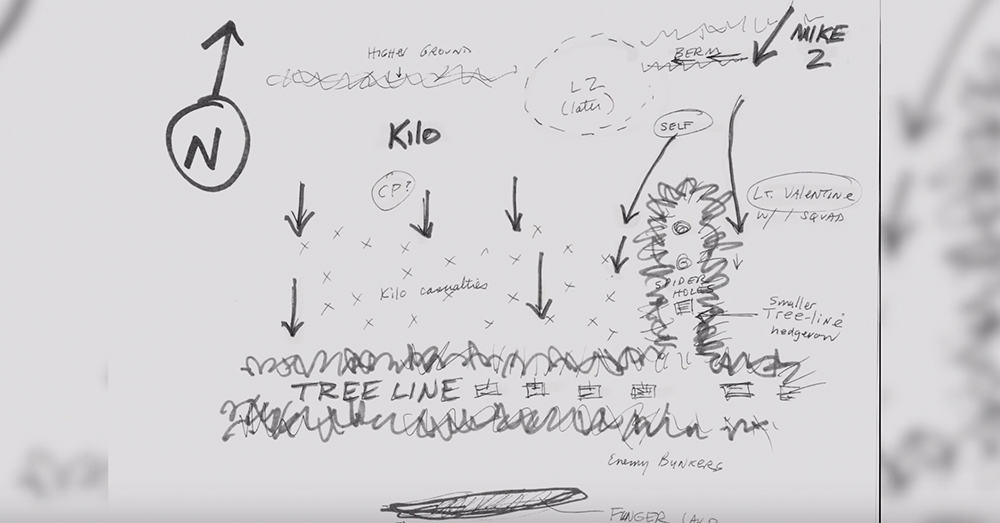 Lord tells about this with real emotion.

What 1st Sgt. Lord has to say about those Marines and Corpsmen at the end of the video is instructive and very important to hear. He speaks about something familiar to we who fought as Marines and Corpsmen together those 50 years ago. He talks about how we came from every state, economic class and culture of America, but the Marine Corps and the battlefield turned us into brothers who would do whatever was necessary, sacrifice whatever was needed and who would fight like hell for each other.

The Veterans Site is thrilled that 1st Sgt. John Lord has finally been given his due being awarded the Navy Cross. We are also very aware of the fact that in his mind, and in reality, every Marine and Corpsman who was there that day fought with heroic determination and with ultimate love for their brothers. He and they are the embodiment of the Marine Corps motto: Semper Fidelis! We give a loud and proud, “OooRah!” to 1st Sgt. John Lord and to the Marines and Corpsmen of Kilo Co.

Meet The First Woman To Fly F-35 Jets for The Marine Corps: Click “Next” below!