The Douglas Aircraft Co. built the SBD for the United States Navy as a carrier based dive bomber and torpedo plane. It proved to be a formidable weapon in the Pacific against the Japanese naval forces.

If you have seen the recent movie, “Midway,” about the decisive two day battle only a couple short months after the Japanese sneak attack on Pearl Harbor, you have a good sense of what it was like to fly one of these Dauntless dive bombers in battle.

They were not built for speed, but for accuracy in the particular mission of destroying and sinking enemy naval vessels. Bombing even a large ship like a carrier from high altitude during WWII was difficult enough already. Ships appear only as specks on the wide ocean from 20,000 ft and they are moving at top speeds and are capable of maneuvering fairly rapidly, making it close to impossible to hit them with high altitude bombings. Smart bombs were still decades away from the arsenals of any military forces at that time. The only way to improve the accuracy of delivering a one thousand pound bomb was to use the airplane itself to “aim” the bomb. 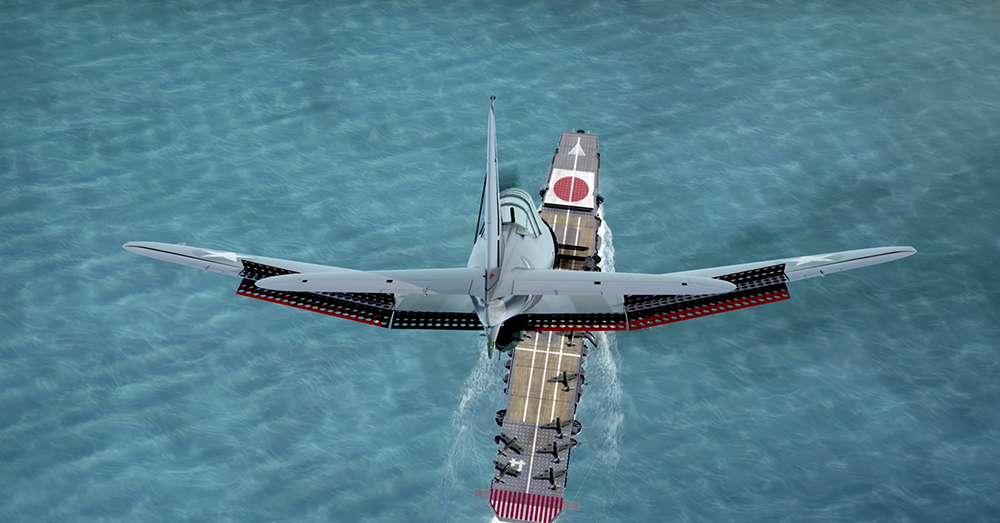 Source: YouTube/Smithsonian Channel
Every dive-bombing run in a Dauntless was a death-defying act.

This meant that the pilots of these SBD Dauntless dive bombers would have to put their planes into a steep dive hitting up to 275 mph, keeping their eye on the altimeter gauge and the bomb site. They would decend toward the enemy ship which would be pouring heavy anti-aircraft fire and heavy machine gun fire at them as they dove. They too would be “small” targets to the gunners, that’s why they would be pouring so much and such fierce amounts of lead at the dive bombers as they approached on their runs. 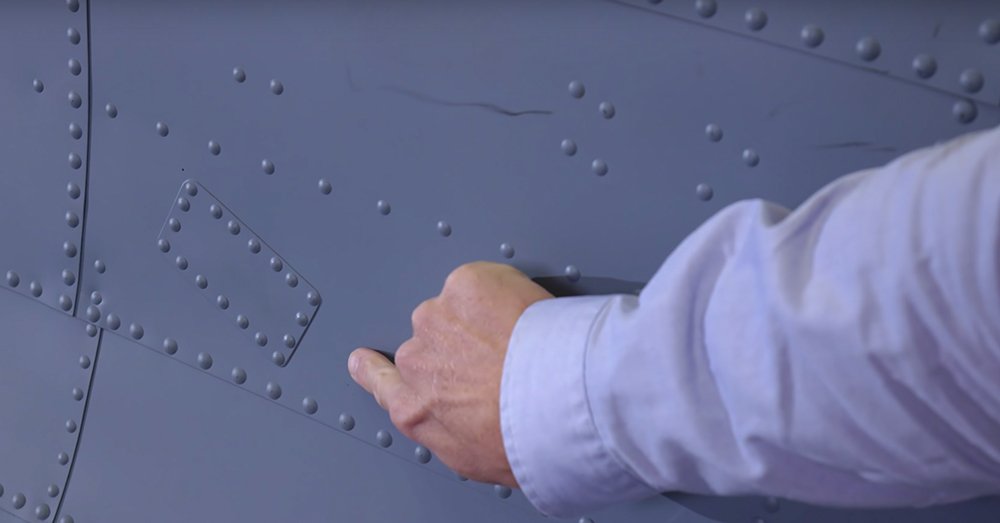 Source: YouTube/Smithsonian Channel
One Dauntless remains at the Smithsonian museum, and it shows the scars of war.

We can only imagine the tense moments of a diving run for the pilots of those Dauntless dive bombers and the man in the rear seat, facing backwards with twin 30 cal. machine guns firing away with all he had at any enemy fighters that might be trying to take them out. The heavy curtain of bullets and shrapnel from the anti-aircraft guns whould be striking the plan. The immense forces of speed and gravity on the plane would make it a noisy, bumpy, soul-shaking few seconds.

The bombs would be released at about 1,500 ft above the enemy ship and then the pilot would have to pull back hard on the stick to pull out of the dive and get away from the intense barrages of bullets and shrapnel coming from the ships below.

In this second video you will meet the then last living SBD Dauntless dive bomber pilot from the Battle of Midway, Capt. “Dusty” Kleiss. He has since passed away. He will tell you how he was able to drop a bomb on one of the Japanese carriers that were destroyed by he and his fellow pilots on June 4th, 1942 during that battle near Midway Island.

The Veterans Site honors the memory of these brave pilots and gunners who flew the Douglas SBD Dauntless dive bombers during WWII. They heroism and skill was critical in the Battle of Midway and throughout the rest of the war.

Years After Being Separated In The Vietnam War, Infantry Buddies Discover...