A California woman filed a restraining order against her estranged husband, but further problems arose when he allegedly violated that order by showing up at her workplace and attempting to hit her with his car.

When police arrived at the scene, they were met with a violent man who refused to comply and sped away.

For the next hour, California Highway Patrol officers chased their suspect across three freeways.

Finally, spike strips and a PIT maneuver brought the pursuit to an end — but he still refused to cooperate. He remained inside his car, despite the officers’ orders to step out.

That’s when they shot a round of rubber bullets through the driver’s side window, shattering the glass.

The suspect had no clue he was about to be met by Corona Police Officer Michael Neff and his fearless partner, Duke. 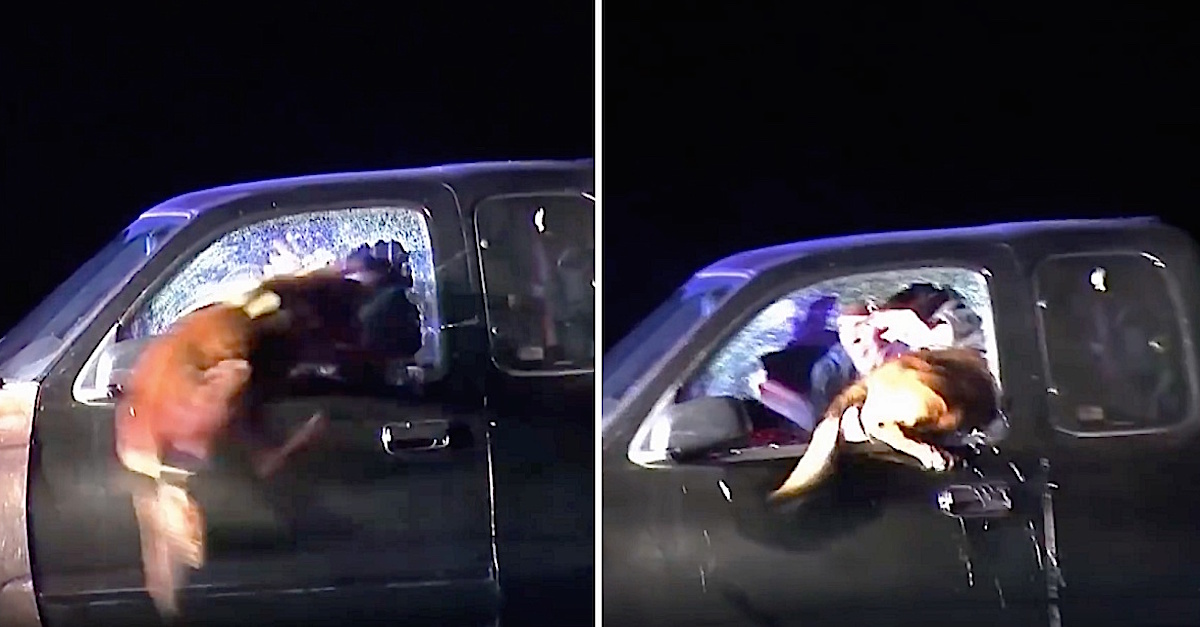 Duke is a 5-year-old Belgian Malinois. He is a former military working dog and Iraq war veteran now working as a K-9.

And Duke was ready to spring into action … literally.

He leapt through the broken window. Terrified, the man surrendered, just so that the policemen would pull the dog off of him.

Watch the video to learn more.

This story originally appeared at LittleThings.

Fighter Pilot Gregory “Pappy” Boyington: An Ace, A Medal of Honor Recipient, a POW, and A One Rowdy Marine: Click “Next” below!