Army Veteran Jerry Holliman, 69, served his country in Vietnam and Iraq. He was awarded Bronze Stars for his actions in each war, and he’s paid with his legs.

Holliman told the Sacramento Bee that he was exposed to Agent Orange while in Vietnam, a chemical compound once used to kill crops and now linked to terminal diseases. Living through both cancer and diabetes, Holliman’ right leg was amputated in November 2018 and his right just 6 months later.

Holliman received a prosthetic leg through Medicare in August. He was asked to cover the copay, which the VA would not pay for. Holliman refused to pay it himself, on the grounds that “Medicare did not send me to Vietnam.” 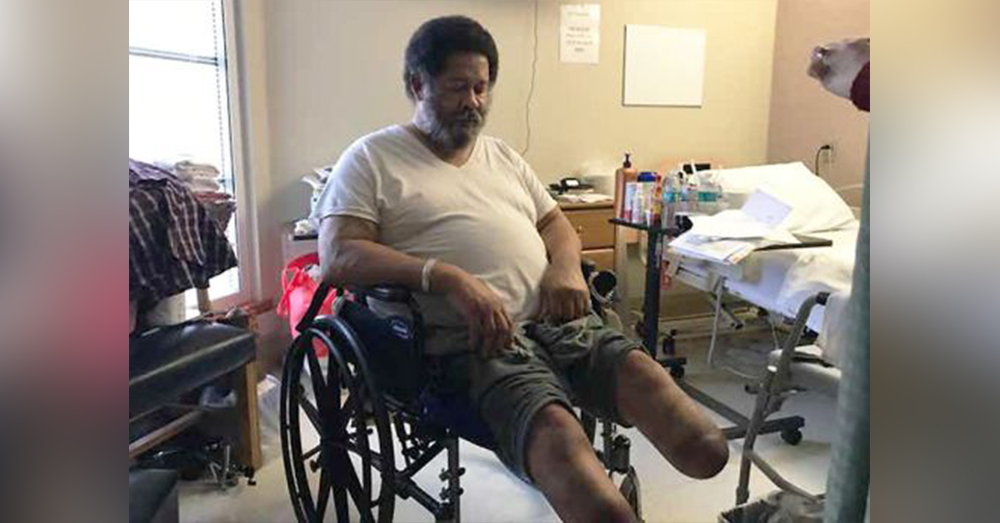 
“I was sent there by my country…with the understanding that if something bad happened to me, that it would be covered by the VA,” he told the Clarion Ledger.

Just a few days before Christmas, someone came to take Holliman’s legs back.

Holliman said an employee of Hanger, the company that made the legs, came to the Veterans Home where he was staying on Dec. 23 and asked him to sign some Medicare paperwork and pay the copay fee. When Holliman refused, the man took his prosthetic legs and left.

”He was always under the impression, ‘These were my legs,’” his son Jerald said. “…What he’s done for his community, his country … for them to have taken these legs is an insult. 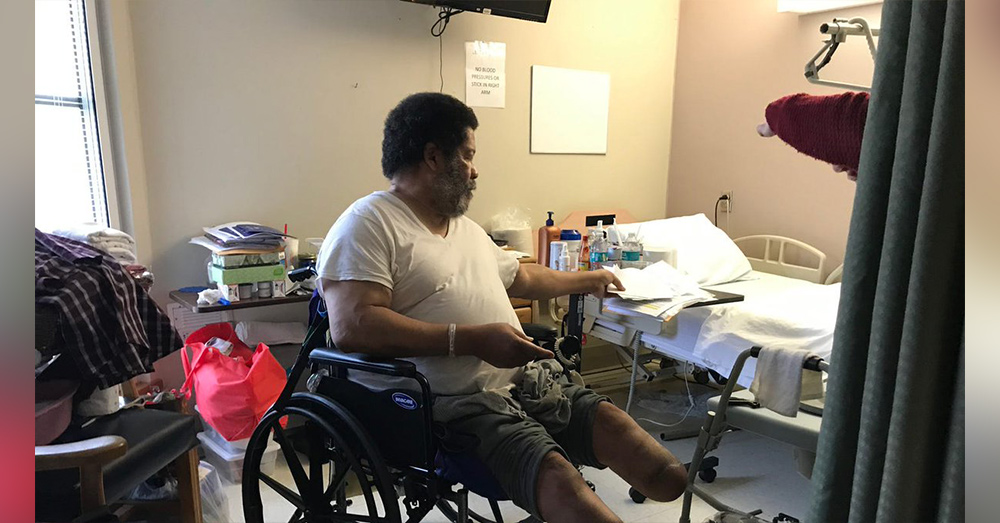 Holliman called the Clarion Ledger, and the same day they sent a reporter, the Hanger employee showed back up with the veteran’s legs. The man asked about Holliman’s Bronze Stars, gave back the legs, and left. He did not make any adjustments to the legs, however, which Holliman needed to walk with them.

Holliman told the Clarion Ledger the man said Hanger would not adjust the legs until the VA paid for them.

“Hanger Clinic does not take back prosthetic devices after final delivery to a patient has been made,” Hanger spokesperson Meghan Williams told the Ledger, adding the company does not consider “final delivery” complete until the devices are paid for. 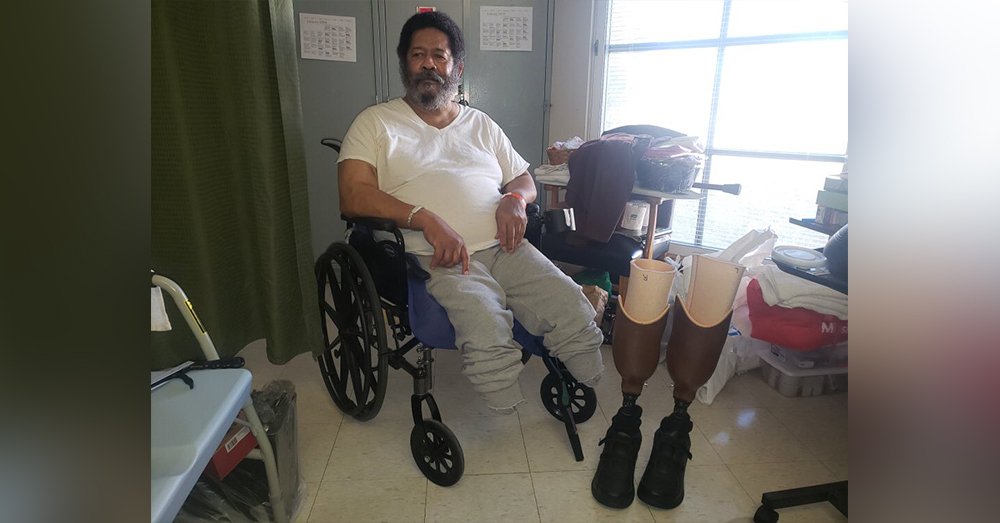 Source: Twitter/Giacomo Bologna
The legs were returned, but have not been adjusted.

Meanwhile, the VA maintains that they have little recourse in the matter.

“VA’s Prosthetic & Sensory Aids Service, which also has more than 600 local contracts with accredited orthotic and prosthetic providers, stands ready to deliver comprehensive support to optimize health and independence of our Veterans,” VA spokesperson Matthew Gowan told Newsweek. “If eligible veterans do not wish to take advantage of these services, VA is unable to intervene and correct issues arising with personal purchases.”

As reported by Newsweek and listed on the Medicare website, “Medicare Part B (Medical Insurance) covers artificial limbs and eyes when your doctor orders them. You pay 20 percent of the Medicare-approved amount, and the Part B deductible applies.”

Not all veterans are saddled with the same 20 percent copay. The cost varies depending on other insurance policies in effect, the doctor’s fee, the type and location of the medical facility, and other factors. As ABC News reported in 2013, the range in cost for one adult prosthetic leg can be anywhere from $5,000 to $50,000.

Until Holliman’s is covered, he could remain at the Veterans Home, another point of frustration.

“I was here for one thing — to get my prosthetic legs, learn how to walk in ’em, and go home,” he told the Ledger.

A Proud And Powerful History Of Servicewomen In The U.S. Coast...

You’re Not Awesome but Jesus Is by Doug Ponder

How Much Could You Earn?