I have written in the past about the actions that United States Marine Cpl. Hershel “Woody” Williams during the Battle of Iwo Jima on Feb. 23, 1945 for which he was awarded the Medal of Honor. In the beginning of this video you will get some brief details about Williams’ actions that day, but it is the rest of the story that I want to focus on here.

Those who have been in combat know all too well the chaos of battle. Those who have not known the intense craziness, the sounds, the smells, the moments of unspeakable courage that individuals and units together undertake to carry out the mission, or to defend one another, will get some small sense of it here and how it affects we survivors.

In the midst of a firefight, or a full-fledged battle, everything happens so fast. You have no time to think, only to react to what is before you. So it was with “Woody” Williams on Feb. 23, 1945. He and his unit were tasked with taking one of the air strips on the island, but there were seven heavily fortified Japanese pillboxes between them and the fulfillment of that mission. 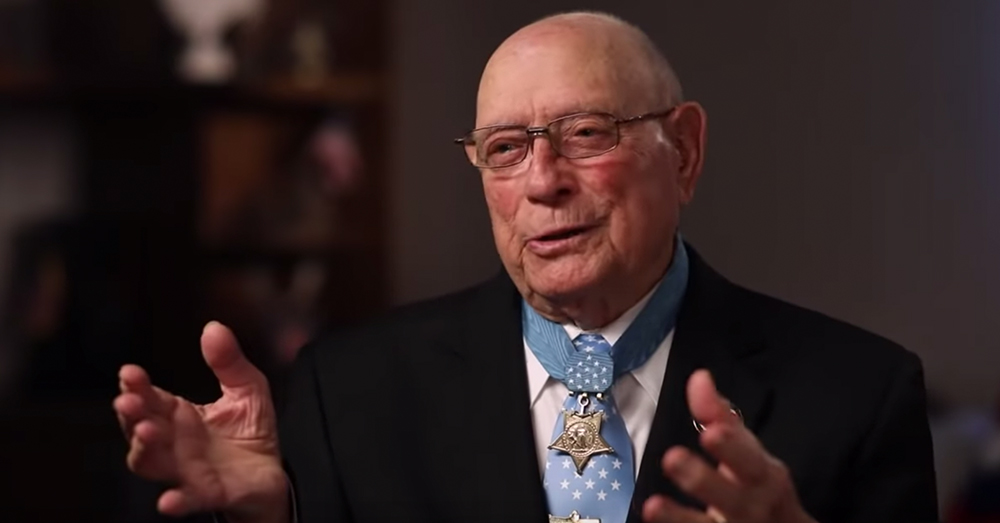 
Listen to Williams as he recounts that day. There are two key things to pay attention to: how he feels about the Medal of Honor he wears, and the 72 years he has thought about the two Marines that died protecting him that day. This is the focus of this story and this video.

That day, he was tasked with taking out those Japanese pillboxes. He chose four Marines to act as his protection in this effort. His weapon was the flame thrower.

He went through six flame throwers to take out the seven pillboxes. 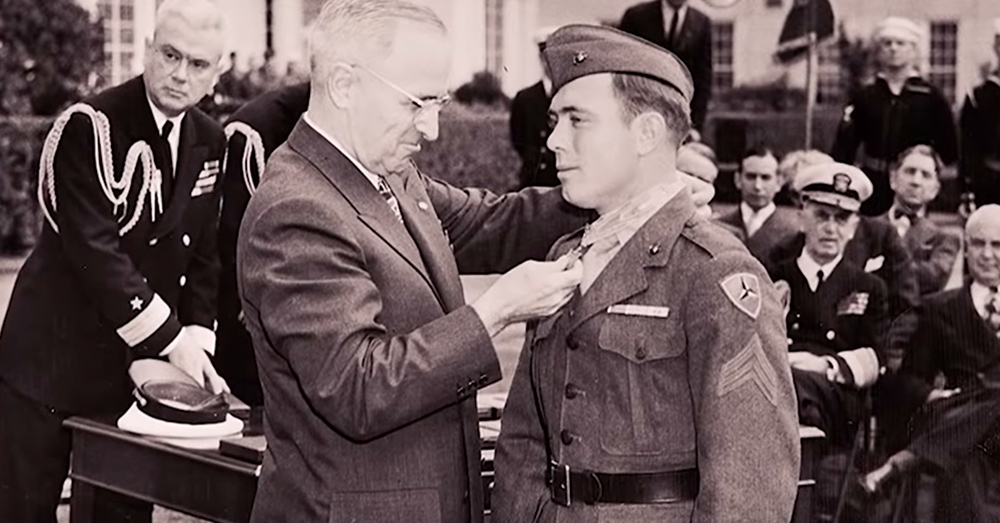 Source: YouTube/UPS
Williams was awarded the Medal of Honor after WWII.

What Williams has lived with for the last 72 years is that he never knew the names of the two Marines who died that day defending him. When he has told the story about that day, which he, as a Medal of Honor recipient, has had to do on hundreds of occasions, he always told about “two Marines” who died protecting him that day, but he could never tell his audiences their names. 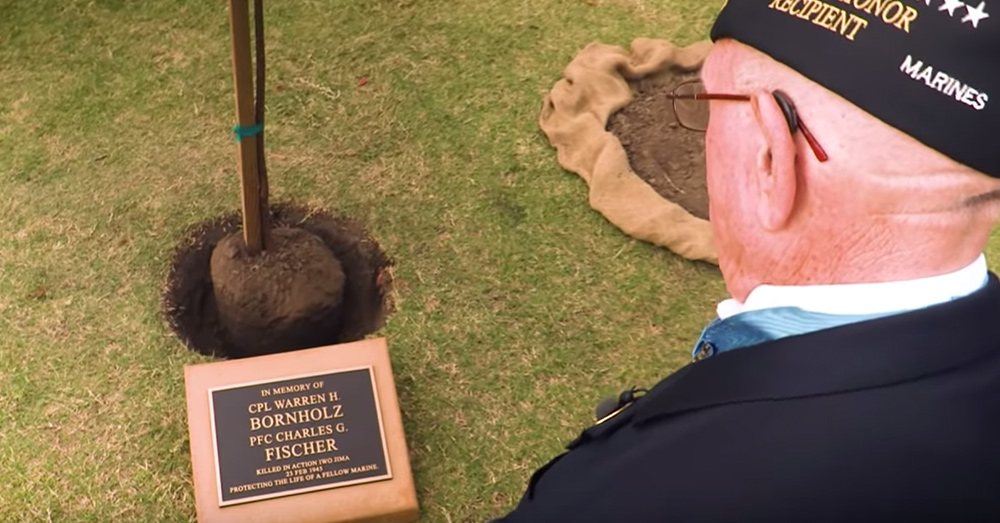 Recently a friend of Williams’, an executive with UPS, took it upon himself to see if he could find out who those two Marines were, so he could bring some closure to the veteran. Each Medal of Honor award must have at least five witness statements from people who were there who saw what the person did. In researching the witness documents, he found the names of those two fallen heroes. They were Cpl. Warren H. Bornholz and Pvt. 1st Class Charles G. Fischer.

Williams was invited in 2017 to take part in a special occasion at USMCRD San Diego to dedicate a small plaque in honor of the two men who died “protecting a fellow Marine” that day on Iwo Jima. You will see how much that means to Woody Williams at the end of this video. 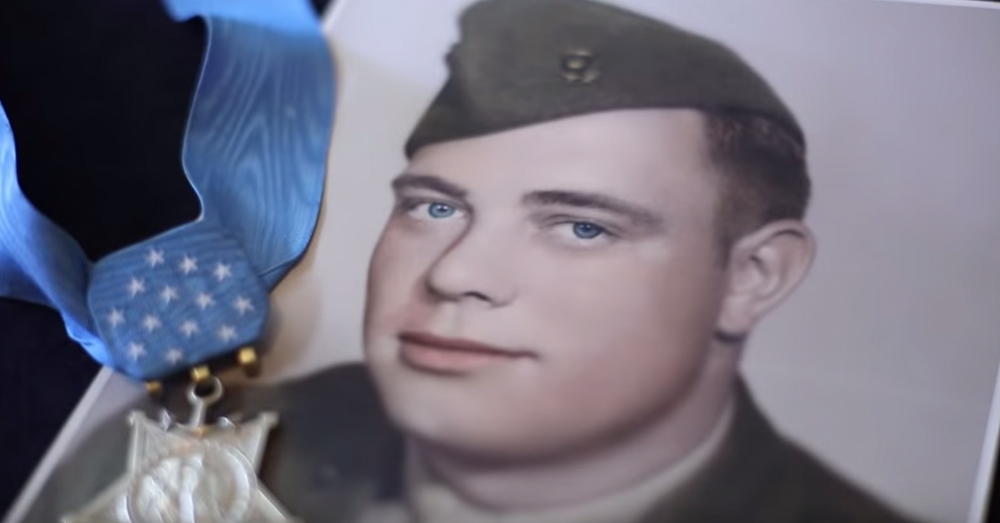 Source: YouTube/UPS
Williams Considers himself “caretaker” of the medal for those who died so he could live.

Now you may also know why we, who have been there and come home to tell about it, always say that we are not the heroes. Those who died on those battlefields with us are the true heroes.

Woody Williams says it this way, “I wear this medal in their honor…I see myself as the caretaker, not the owner of this medal.”