Veteran Paul Grassey has been a Savannah, GA, resident for most of his life, but he will never forget the battles he fought, and the friends who fought alongside him, during World War II. And neither will the French government, who awarded Grassey with the country’s highest military recognition, the Legion of Honor.

Grassey was recognized with the Legion of honor at the Mighty 8th Air Force Museum in Pooler, GA, where the veteran has worked as a docent since the museum’s doors first opened.

According to WSAV, Grassey leads tours at the museums, and shares stories of his time during the war. Grassey flew 13 combat missions with the 446th BG, 8th Air Force, while serving in the Army Air Corps, which he joined in 1942.

The award was pinned on the 96-year-old veteran by Vincent Hommeril, the Consul General of France in Atlanta. 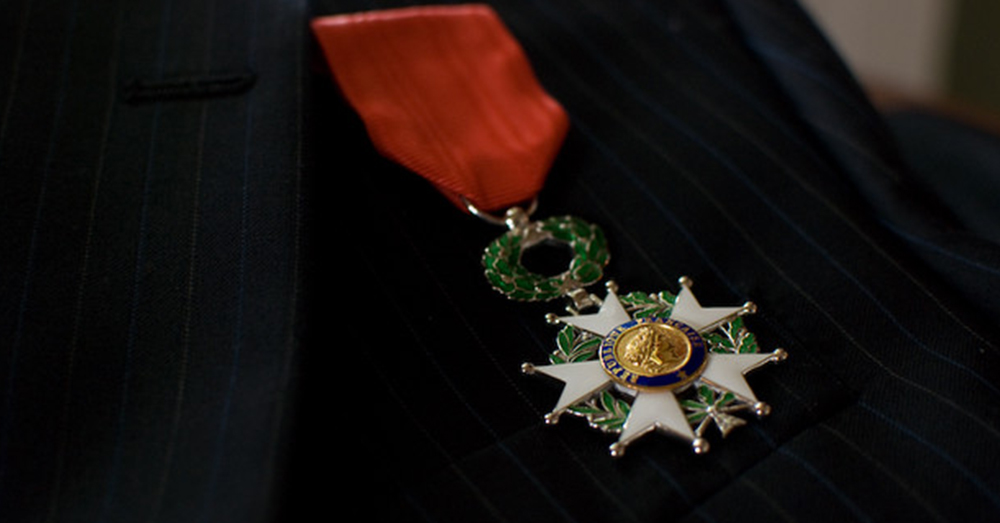 
“I’m very happy to do these ceremonies because… I was born in Normandy, so I know the region well,” Hommeril said. “France is what it is today, a free and sovereign country, thanks to the bravery of such veterans and thanks to America.”

Grassey says he was both surprised and honored to receive the medal. 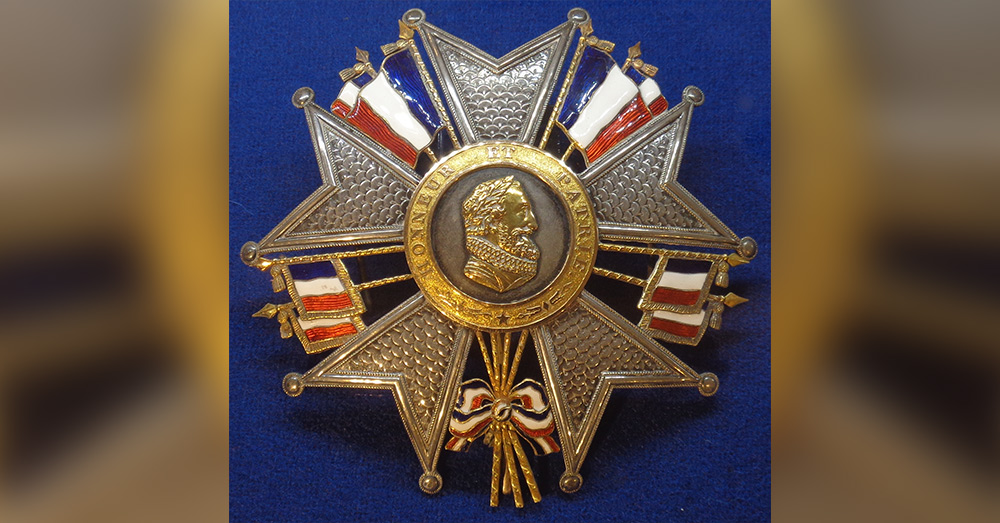 Source: Wikimedia Commons
The Legion of Honor is presented by the French government in recognition of bravery in military service.

“I want to thank you all for coming here,” he said during the ceremony. “I don’t think I’ve had something like this happen to me.”

Throughout the years, Grassey has never forgotten about those who died on the battlefield, nor has he forgotten those who passed years after the war. He says his work at the museum, the book he wrote, and his Legion of Honor are all in service to those memories. 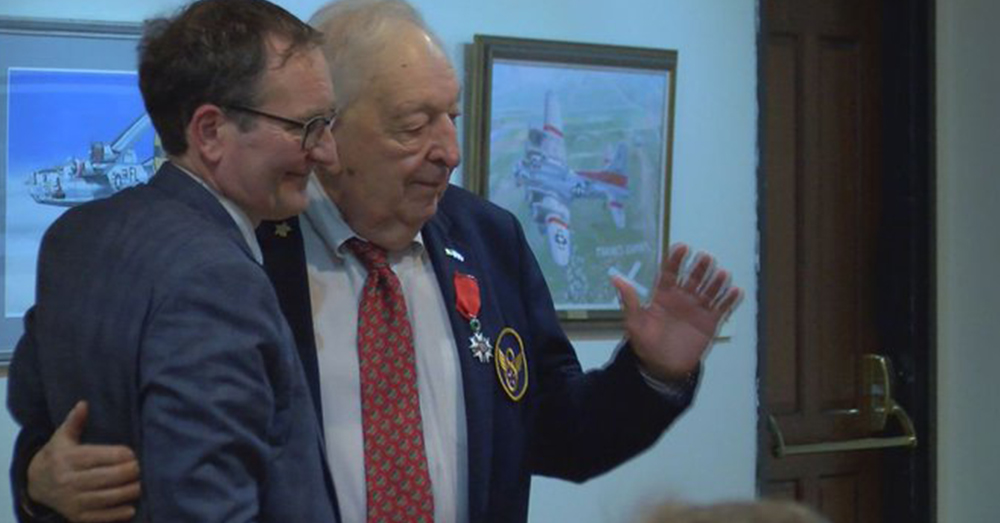 Source: Twitter/cmga
Vincent Hommeril, the Consul General of France in Atlanta, presented the medal to Grassey.

At his advanced age, memories are sadly all the veteran has left of many of his former compatriots.