A US Air Force veteran is reeling from the appraisal he received for a watch he purchased while in the military.

The man joined the Air Force in 1971. His draft number was 7, which meant that he was pretty much guaranteed to see combat over I Vietnam. When he wasn’t clearing roads of land mines and disarming the enemy’s munitions he spent time flying between bases on Air America Airlines. The pilots that were flying those planes at the time wore Rolex watches.

“I was intrigued by them,” the veteran tells the host of Antiques Roadshow. “I always wanted to purchase one, but they were very expensive.” 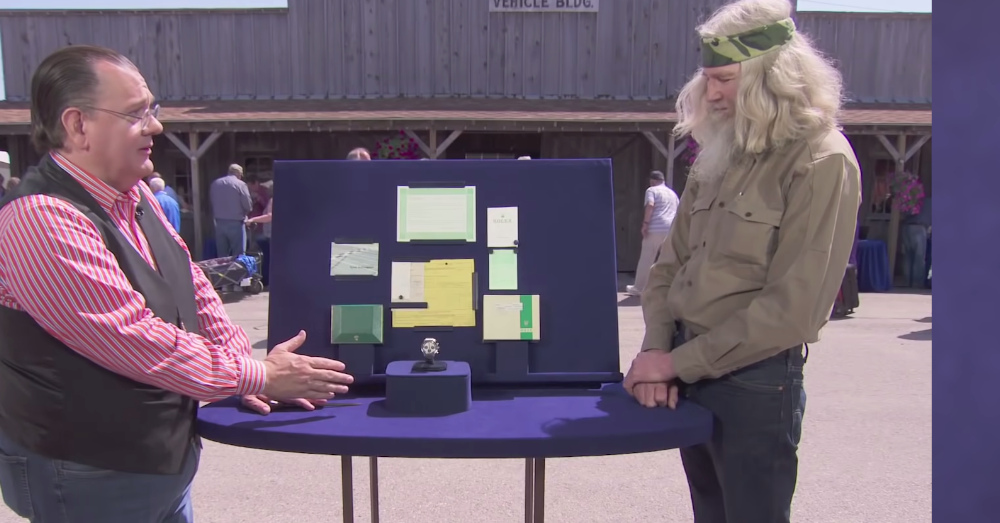 
The veteran was later transferred to another base where he got into scuba diving. Understanding that Rolex watches were prized among scuba divers, too, he eventually found one that was within his price range. For the discounted price of $345.97, still more than his monthly salary, he ordered it through a catalog, but never took it diving. It seemed like too nice a piece to wear in the ocean.

“I just kept it,” he says. “After I got out of the service, I woree some other watches and put this one in a safety deposit box.” 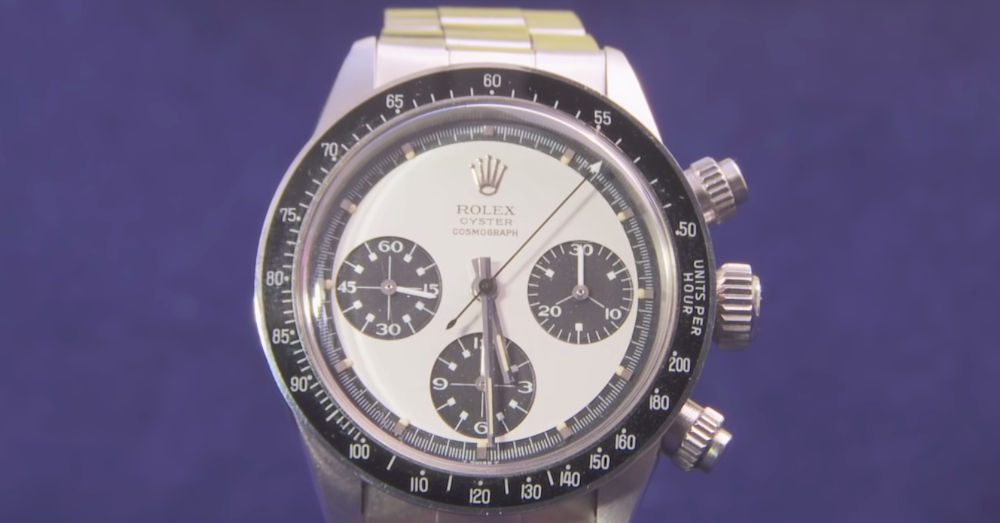 Source: YouTube/Antiques Roadshow PBS
The watch has never been worn.

The watch stayed there for 30 or 40 years, only being taken out twice to be examined, then put back.

Along with the watch, in pristine condition, the veteran saved all the documents that came with it, the guarantee, left blank, the brochure, receipts and all.

For the blank guarantee card alone, the appraiser says the veteran could find someone willing to pay as much as $2,000.

“It could be made to match any watch and add value to it.” He says. “Guys would pay money to buy a blank paper.” 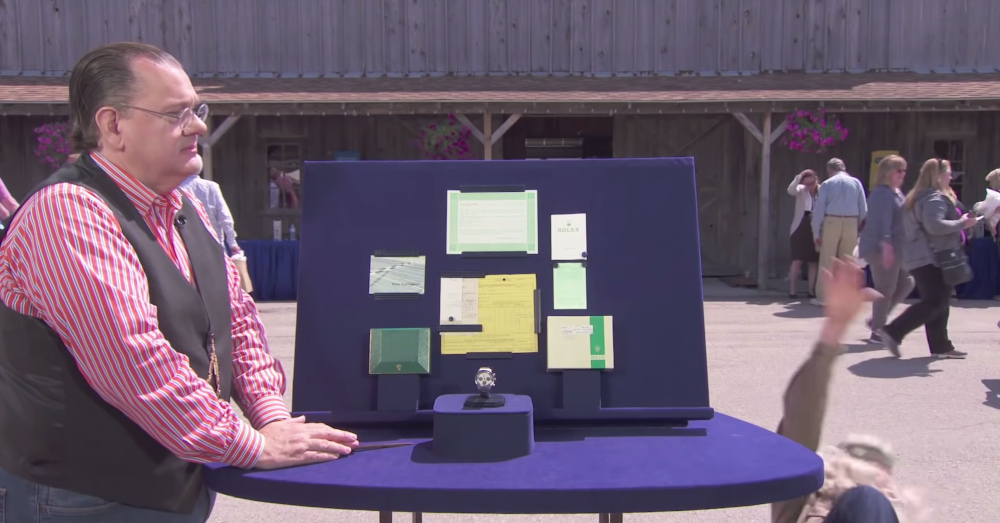 Source: YouTube/Antiques Roadshow PBS
When the veteran heard how much his watch was worth, he collapsed.

The appraiser goes over the watch’s finest details. He tells the veteran that this particular watch is so prized because it resembles one Paul Newman wore in the movie, “Winning,” though even Newman’s was a cheaper version of the rare Oyster. Those watches sell at auction for as much as $150,000 to $200,000.

That’s where the veteran squints in disbelief. 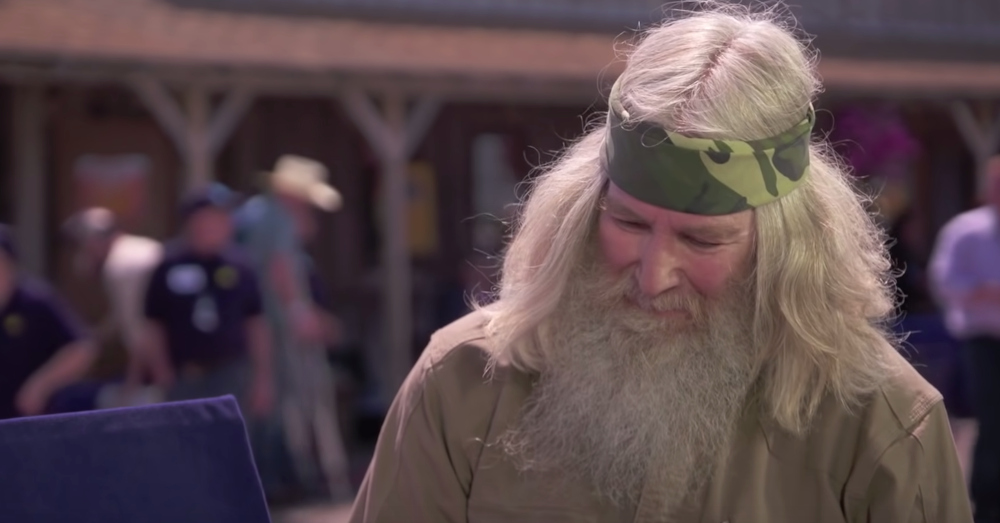 Source: YouTube/Antiques Roadshow PBS
The veteran could make as much as $700,000 from the Rolex.

The veteran immediately collapses to the ground.

“You’ve gotta be [expletive] kidding me!” The veteran chuckles. 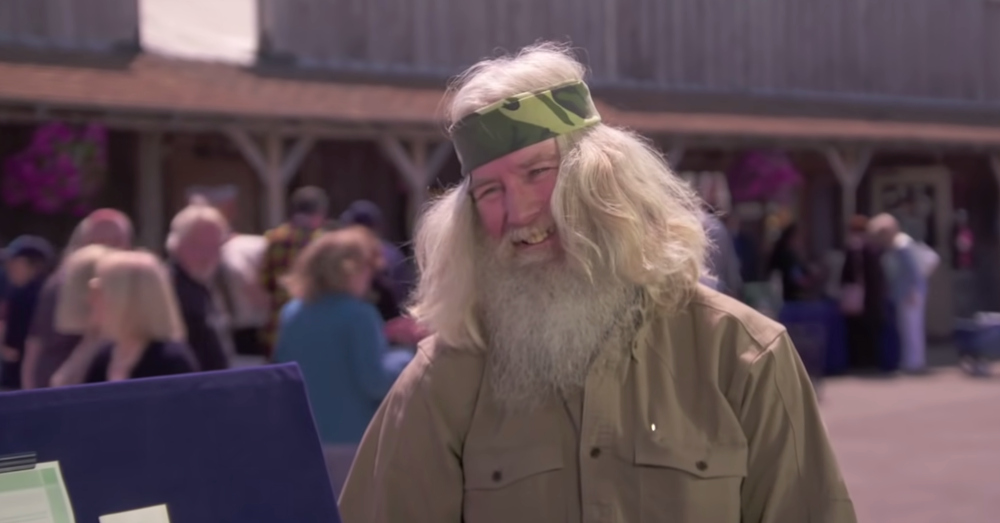 “No, I am very serious,” the appraiser reassures. “I can’t thank you enough for bringing me one of the greatest watches I’ve ever seen on Antiques Roadshow, and thank you very much for your service.”

Watch the exciting reveal in the video below.