Soldiers in the Vietnam War faced almost insurmountable odds as the North Vietnamese Army bore down on Southeast Asia for the better part of a decade. Nearly 60,000 members of the U.S. armed fires were killed, declared missing, or have since died as a result of the war.

Those who survived live with the memories of a real-life nightmare. Fewer still are haunted by the mystery of the Batatut.

According to MysteriousUniverse.org, stories of the Batatut actually predate the Vietnam War. Regional variants from Laos and Borneo have added to the Batatut mythos for decades, but many more are shared within the Vu Quang Nature Reserve. The people who live there call the creature Batutut, but also “Ujit,” or “Người rừng,” loosely translated as, “jungle people.” 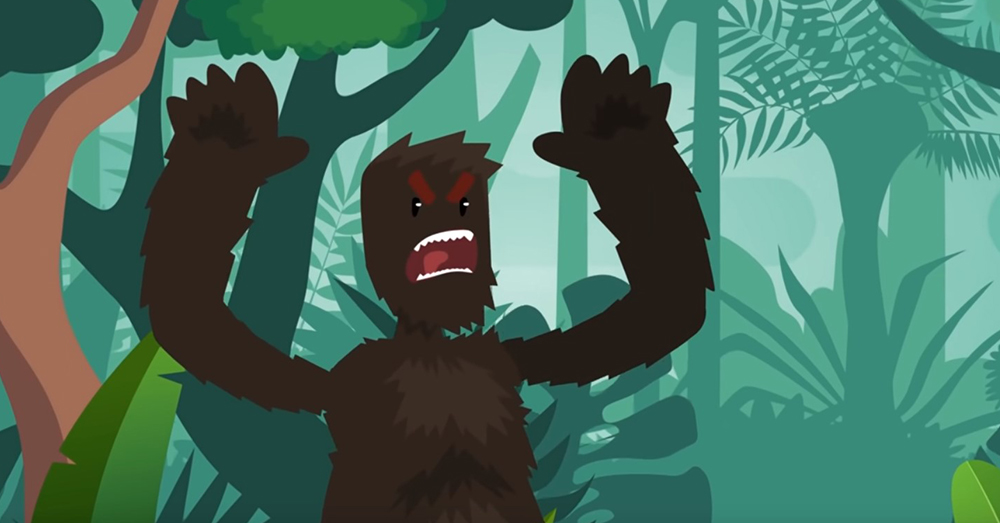 Source: YouTube/
The Infographics Show
The Batatut is a mysterious creature only heard of in stories in southeastern Asia.


When standing upright, anecdotal evidence places the Batatut at around 6 feet tall, a hairy apelike beast not unlike the “Bigfoot” more familiar to North America. The Batatut range in ferocity, depending on regional legend, with the most aggressive variants found in Borneo. The first recorded sighting of the Batatut was in 1918, but it wasn’t until war razed the jungle habitats that stories of the Batatut’s rage became more popular.

“The locals of these regions consider these creatures to be merely a fact of life, but the Batutut was not really known to the outside world until war began to impede into their domain,” Mysterious Universe reports. 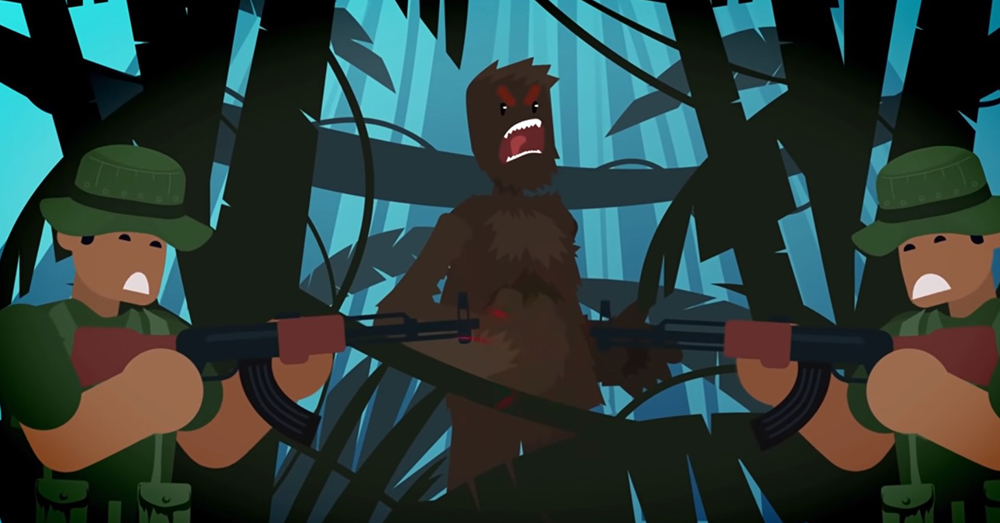 Kregg P. J. Jorgenson shared an “eyewitness account” in his book, Strange but True Stories of the Vietnam War.

“It was a hot day. The six men from the 101st Airborne Division were taking a break in the middle of a mountainous jungle when the event took place. They had been carrying one hundred pounds equipment under the unforgiving sun in a mosquito infested environment, full of unfamiliar sounds and views that were nothing like the American soldiers were used to in their native land. Despite the momentary resting time, they kept their five senses on, for they were aware that the Viet Cong could have very well tracked them, something the natives were exceedingly good at. Suddenly, according to the men, a few small trees located fifteen yards uphill began clearly shaking. The soldiers had trained for this, and as they got ready for combat to fight the expected VC soldiers jump out the bushes, they never imagined what they saw next.

“A long, cucumber-shaped head showed up. The face, the soldiers said, was covered in red hair with a pair of dark eyes and a huge mouth. The creature then stepped out of the vegetation into a clearing, allowing the group to observe the rest of its muscular body, which was also featured by the same type of red hair. The purported cryptid wasn’t taller than 5-feet and it walked upright. It stopped, looked at them as though scrutinizing each and one of the soldiers.
“What the hell is that?,” one of the soldiers recalls muttering.
“It’s a rock ape,” said another.
“No, it ain’t,” a third man said. “I’ve seen rock apes, and that sure as hell isn’t a rock ape!”
The warriors didn’t take their eyes off the creature.
“It’s an orangutan, isn’t it?” asked the first soldier again.
“Well, if it is, then he can’t read a map. There are no orangutans in Vietnam.” 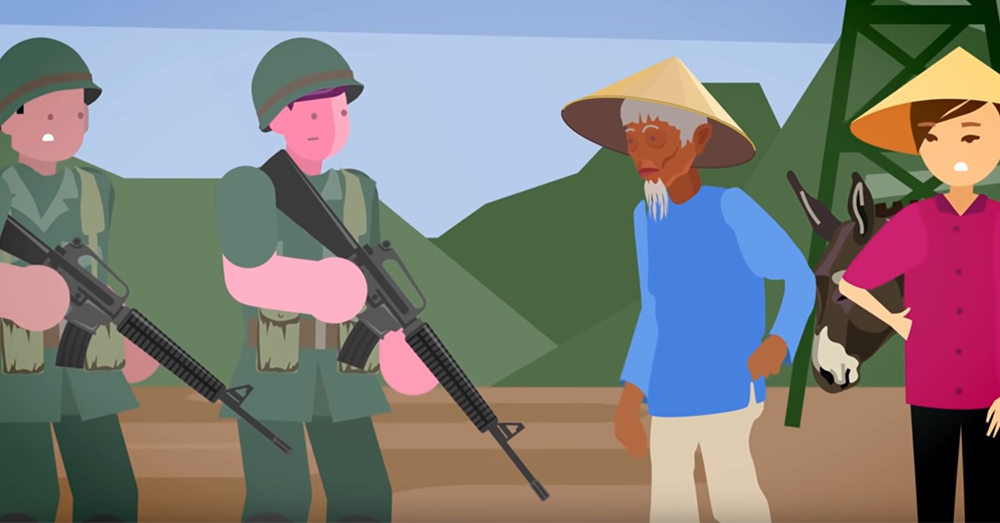 Source: YouTube/
The Infographics Show
Depending on the region, locals had varying descriptions of the Batatut.

In contrast, some encounters with the Batatut have concluded without violence.

“In some of the more isolated villages of Sumatra locals claim to have even had close encounters with Batutut, in some cases even offering food and sharing moments watching as the Batutut would eat and speak in an unidentified dialect,” href=” https://itsnature.org/legendary-creatures/batutut/” target=”_blank”>Its Nature reports. 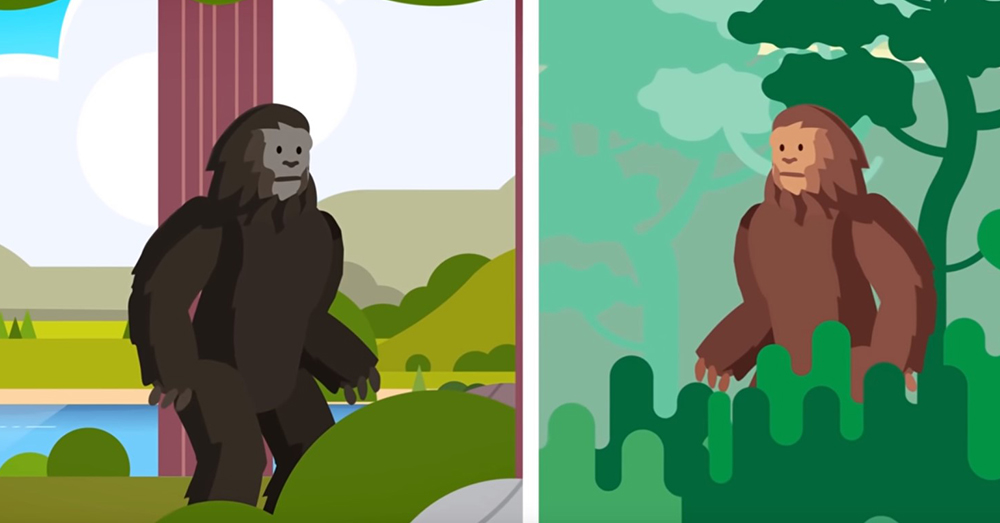 Source: YouTube/
The Infographics Show
Is the Batatut a cousin of our “Bigfoot?”

It’s possible that locals and American GIs confused a headstrong orangutan with a monstrous cryptid, but we may never know for sure. The Batatut remains a mysterious protector of the rainforests of southeastern Asia. with the threat now posed by climate change, maybe it’s time for this beastie to emerge from its forest and fight for peace once more.

Learn more about the Batatut in the video below.

Federal Rules Protect Consumers from Lenders – and from Themselves