Set to the tune of Johnny Cash’s spoken word song, “Ragged Old Flag,” this Super Bowl LIV commercial from FOX Broadcasting has touched hearts, raised patriotic spirit, and once again focused our attention on those who have gave their all, so that a country can live in freedom.

Millions of Americans watched the Super Bowl on February 2, 2020, and equally as many were moved by the image of Marine and Medal of Honor recipient Kyle Carpenter. The spot flashes back to the early wars that first formed the United States, the Battle of New Orleans, the Alamo, the Civil War, and others between clips of modern-day Americans honoring those who have served. 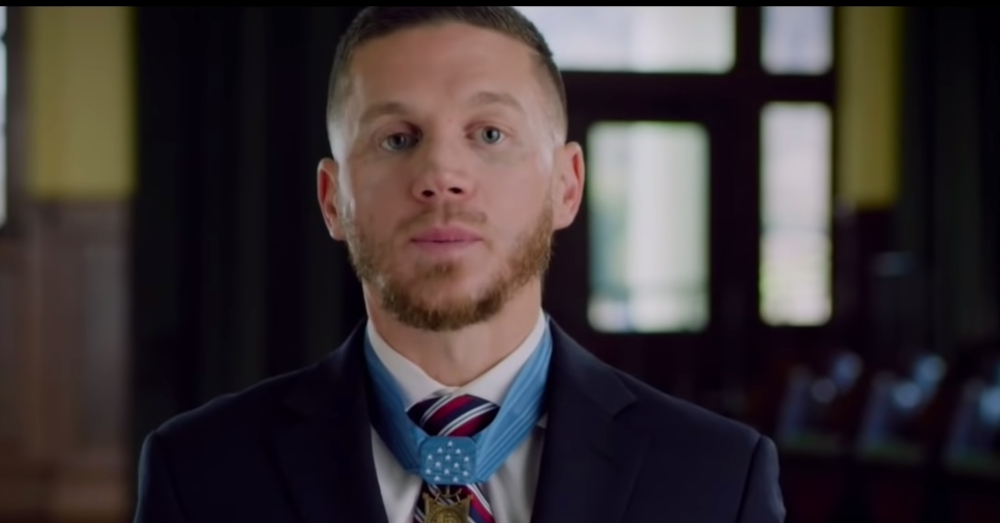 
The commercial is not subtle in its message of support for the armed services, as Cash’s lyrics confer. Coincidentally, the song was first performed during an equally tumultuous time in American history. “Ragged Old Flag” was the eponymous track of Cash’s 47th album, released on Columbia Records in 1974. During that time, president Richard Nixon’s administration was mired in the aftermath of the Watergate scandal, and a looming impeachment. 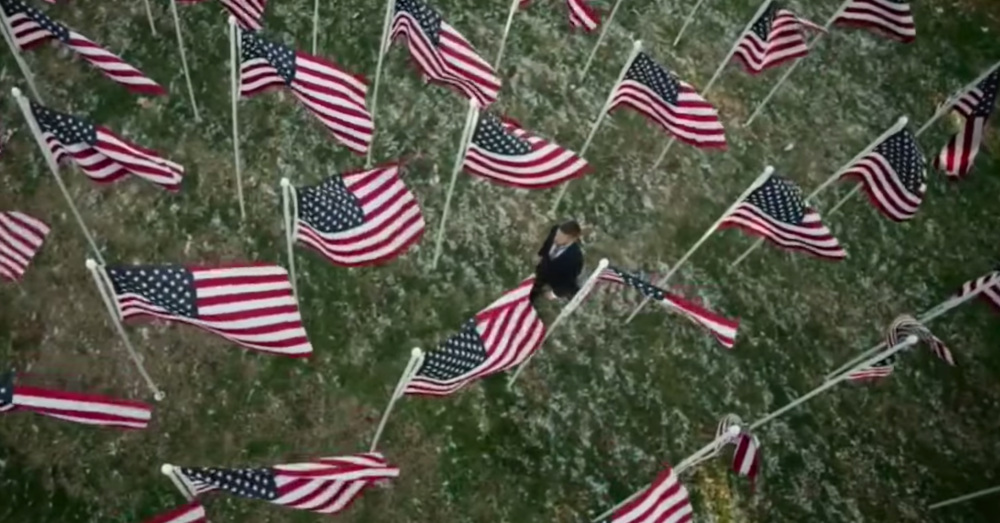 “Cash, an opponent of the war and believer in social justice, had actually met Richard Nixon a couple of years before and performed several songs for him, including an anti-Vietnam War song, “What is Truth” and “The Ballad of Ira Hayes,” a heartbreaking song about one of the Flag Raisers of Iwo Jima and his life as a Pima Indian,” reports We Are The Mighty 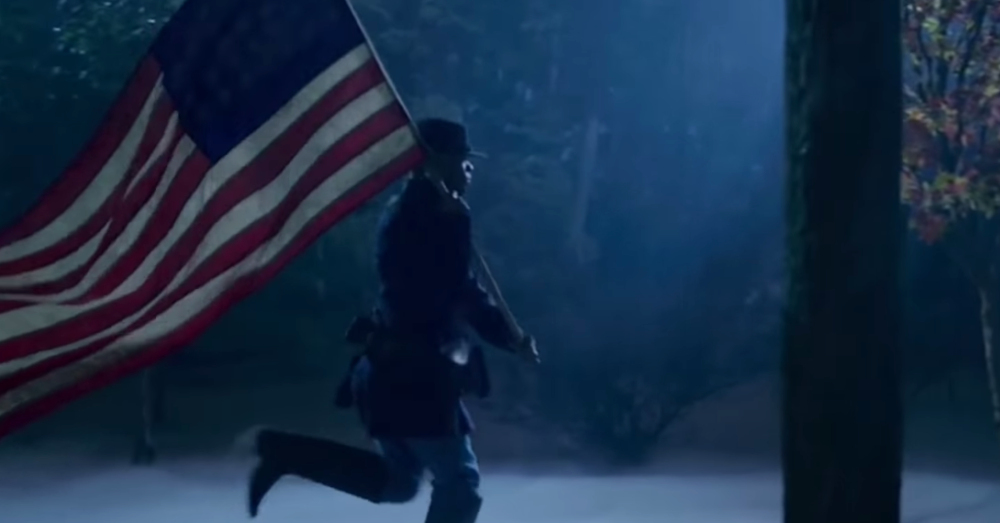 It may come as no surprise to fans of the Man in Black, but Cash was an ardent supporter of his country, as well as the right to criticize those who do harm to its people and constitution.

“I thank God for all the freedom we have in this country, I cherish them and treasure them – even the right to burn the flag,” Cash was known to say before leading his band through the moving ballad. “We also got the right to bear arms and if you burn my flag – I’ll shoot you.” 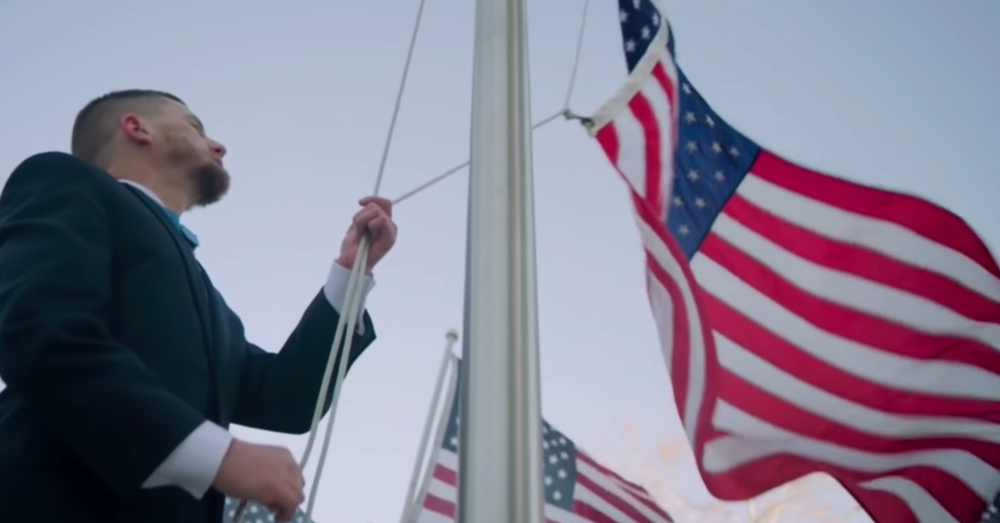 “Ragged Old Flag” landed on Billboard’s top 40 Country Singles chart when it was released, and it holds the same resonance today. Watch the video below and let us know if you agree.

11-Year-Old’s Show Amazing Act Of Patriotism Running Out To Fold The...