The Battle of Iwo Jima happened two and a half years before I was born. Yet, it is well known to all generations of Marines and Navy FMF Corpsmen. It was one of the most costly battles of WWII in the Pacific Theater, second only to the Battle of Okinawa. It is an iconic part of the history the Marine Corps and was tattooed into the American psyche, by a single photograph.

The very famous Marine Corps Memorial monument is well known and highly recognizable to most Americans. It is a huge statue modelled on a photograph of the six Marines raising the Stars and Stripes on the heights of the remains of a volcanic cone known as Mount Suribachi, which rises high up over the horizon at one end of the 8 square mile island known as Iwo Jima.

The island had been hit for two days with big gun, naval fire from battleships and cruisers and destroyers, as well as bombings from the air. When the Marines went ashore on Feb. 19, 1945, they thought it would be a cake walk, but it proved to be more like a meat grinder, or a buzz saw. 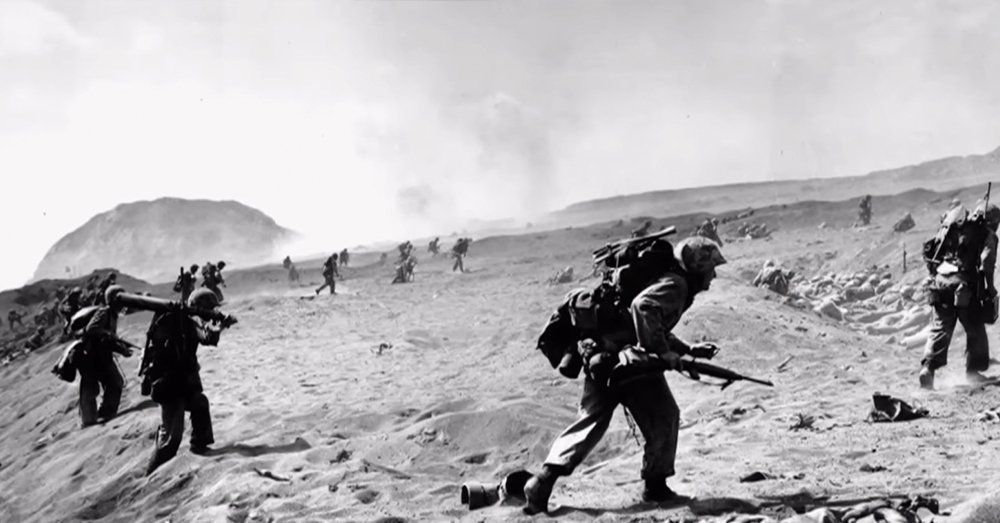 
When they landed, at first they met little to no resistance, but as soon as they began to top the sandy berms and to move inland the Japanese, who had survived the worst of the artillery and bombing attacks due to their very extensive, well-fortified systems of tunnels and concrete reinforced bunkers and caves began to fight with a ferociousness that was focused and intense.

The Marines suffered 2,000 KIA and WIA in the first day. The fighting was non-stop. The now iconic image of the raising of the American flag on top of Mount Suribachi took place on Feb. 23, the fifth day of the battle for the island, but the battle would rage on, foot by bloody foot, for the next 30 days until March 26. Iwo Jima was a crucible of fire for all involved, including the navy ships off shore who were attacked by Japanese bombers and torpedo planes as well as Kamikaze pilots. 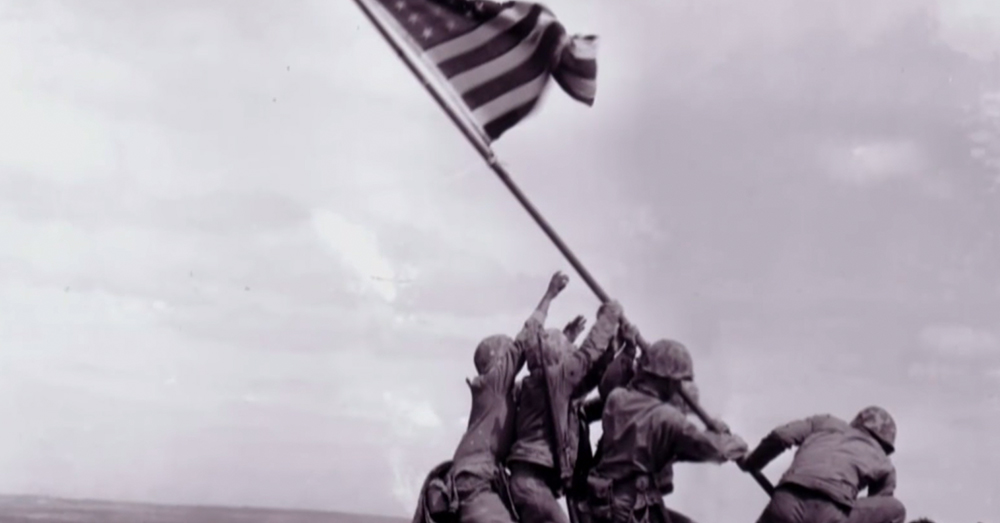 Source: YouTube/NBC News
The flag was raised on Iwo Jima, and history was made.

By the end of the battle American forces had suffered 26,000 casualties including 6,800 KIA. Of the 22,060 Japanese forces on Iwo Jima, 18,844 were killed or committed suicide by the battle’s end. Only 216 were captured. The rest are said to have hidden in tunnels after the battle and until after the war’s end. 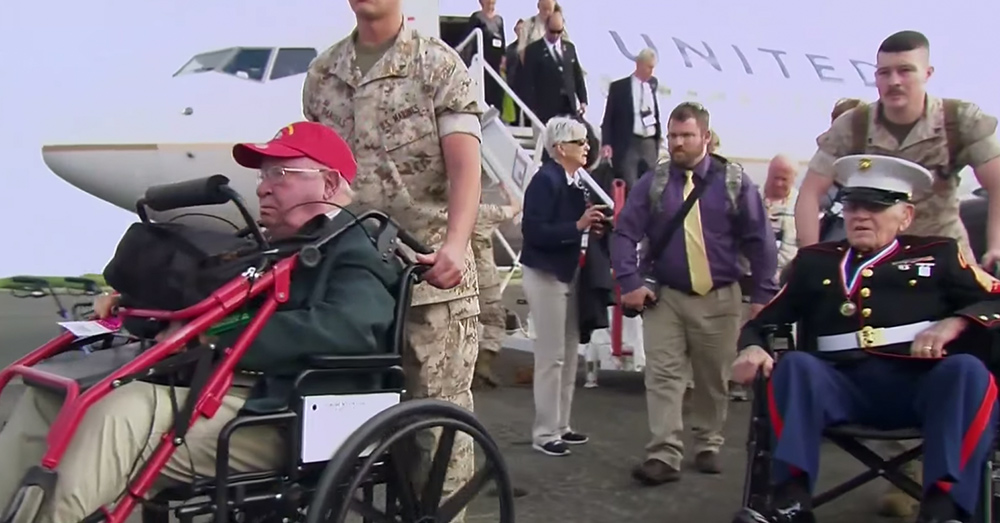 Source: YouTube/NBC News
These Iwo Jima veterans gathered at Arlington National Cemetery to remember those who fought along side them after 75 years.

In a couple of weeks, from Feb. 25-29 Arlington National Cemetery will have special events to commemorate the 75th anniversary of the Battle of Iwo Jima and to honor those who fought and those who gave their lives on Iwo Jima. Arlington has invited the few remaining veterans of the battle and their families to attend a symposium at the Hyatt Regency Hotel during those dates that will recognize the 75th anniversary of that pivotal battle.

If you would like more information it is available at the www.iwojimaassociation.org

The Veterans Site honors those who fought and died 75 years ago on the sands of Iwo Jima. You live in the memory of the nation, but especially in the memories of all your brother and sister Marines and Navy Corpsmen who continue to honor your heroism and dedication to duty in their own actions today.

Are You on a Budget? Where Do You Spend Most of...