The Christmas spirit means different things to different people. But to one Texas resident, it means helping veterans in need. Jamie Willis is transforming donated Christmas fir trees into canes for veterans.

Disabled veteran makes canes for others. 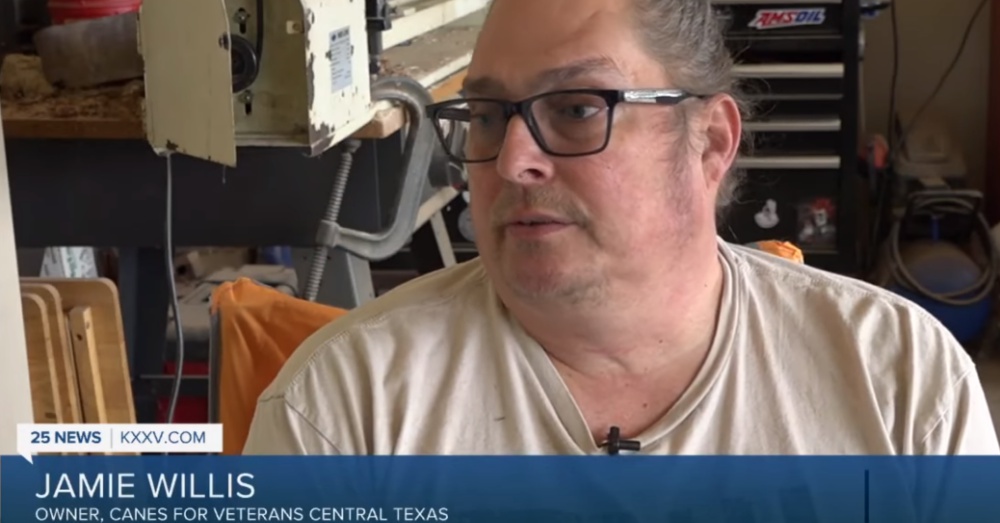 Jamie Willis served in the U.S. Army for eight years during which he suffered a back injury. Upon returning home to Copperas Cove, Texas, he was 100% disabled and couldn’t work. To further add to his frustration, Veteran Affairs provided Willis with a cane that was unstable and ugly, according to the Good News Network.

“One day, grab a cane and walk with it,” Morris said. “You will feel broken because others will see you as broken,” Willis told CNN.

It wasn’t long before the 50-year-old Willis found Free Canes for Veterans, based in Florida. The organization offers free artistic wooden canes for Veterans that are dependent on a cane. They just ask that veterans to “pay it forward.” 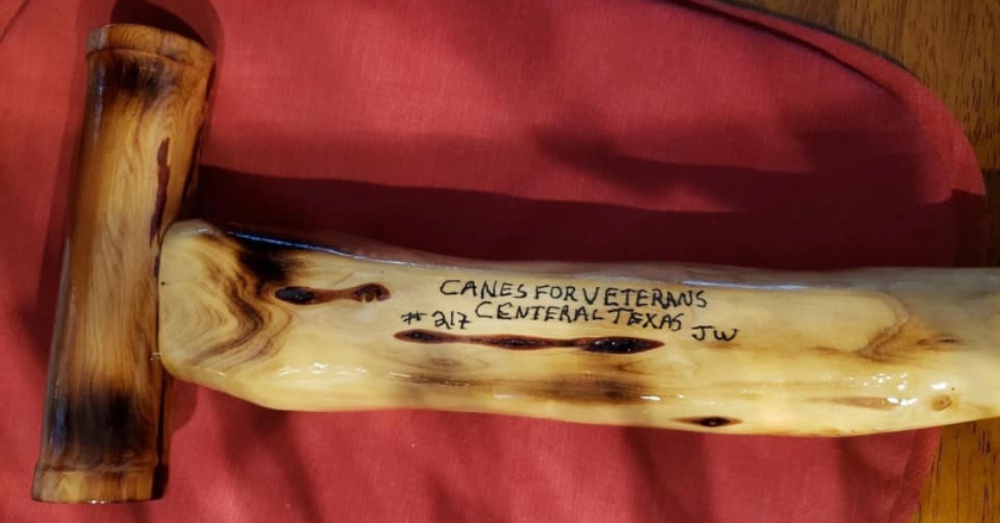 After finding Free Canes for Veterans, Willis reached out to the organization’s founder Oscar Morris, a 54-year-old U.S. Army vet. He asked Morris if he could learn how to make canes. Of course, Morris said yes. It wasn’t long after that when Willis opened up his own branch of Free Canes for Veterans in Central Texas. 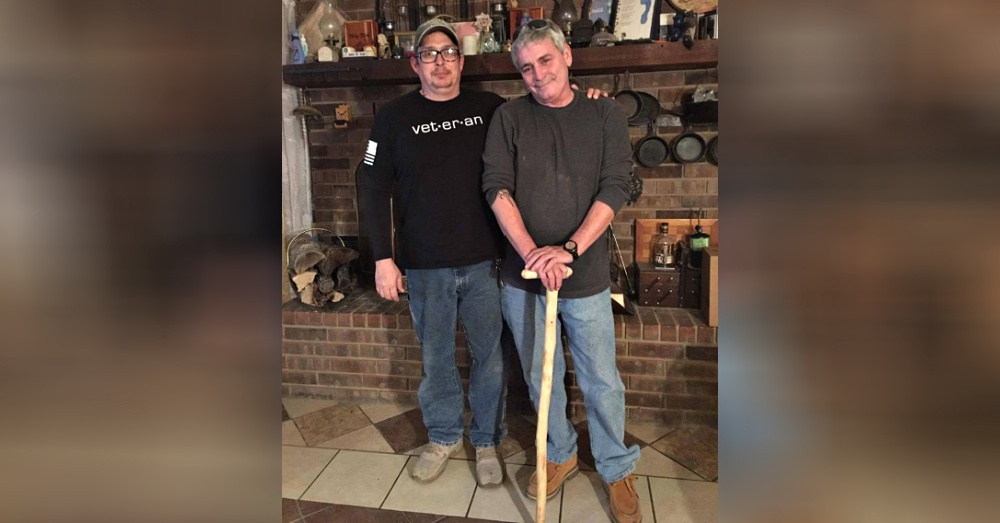 “When I successfully sat down and made my very first cane, I asked [Morris] if I could branch it off and start Canes for Veterans in Central Texas, and he said he would love for me to do that,” Willis told CNN.

Willis has handcrafted more than 200 canes for veterans since opening up his chapter in 2016. Willis is the fifth vet to start a new branch of the organization, according to Morris.

“We make our canes for veterans to look ‘cool’ while giving honor for their service,” Willis explained 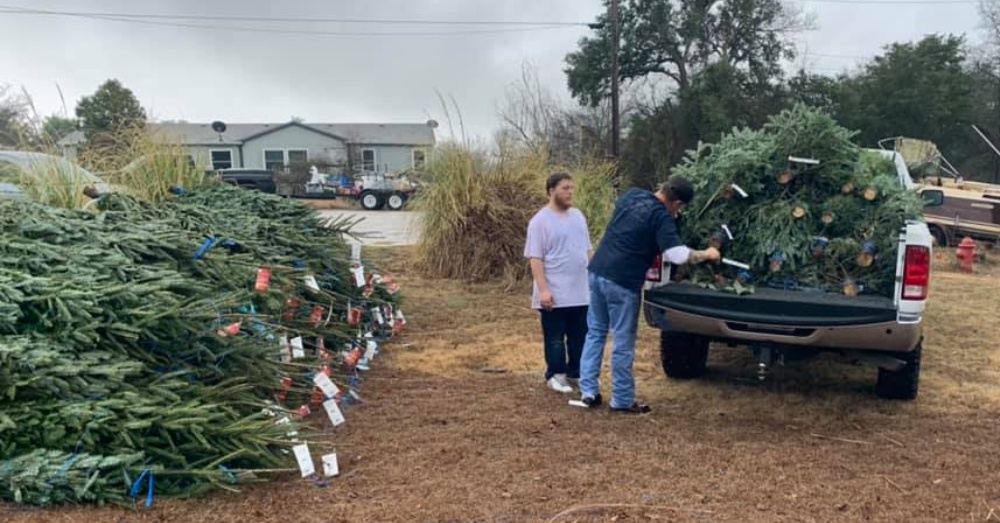 The Central Texas branch of Free Canes for Veterans recently asked for donations of old Christmas trees so that Willis could turn them into canes over the next year. And the community responded, with stores like Home Depot and Lowes donating their old trees.

“It’s been an outpouring of donations this year, more than I ever thought I would get,” Willis told CNN. “Home Depot flooded me with trees; they’re sending me 400. And the rest of the community will be giving me about another 100 trees.”

In total, the community donated more than 1,000 trees to the nonprofit organization. The canes are sent all over the world, including Texas, North Carolina, Arizona, Tennessee, Michigan, Ohio, California, Alaska, Germany, and the U.K., according to Fox News. 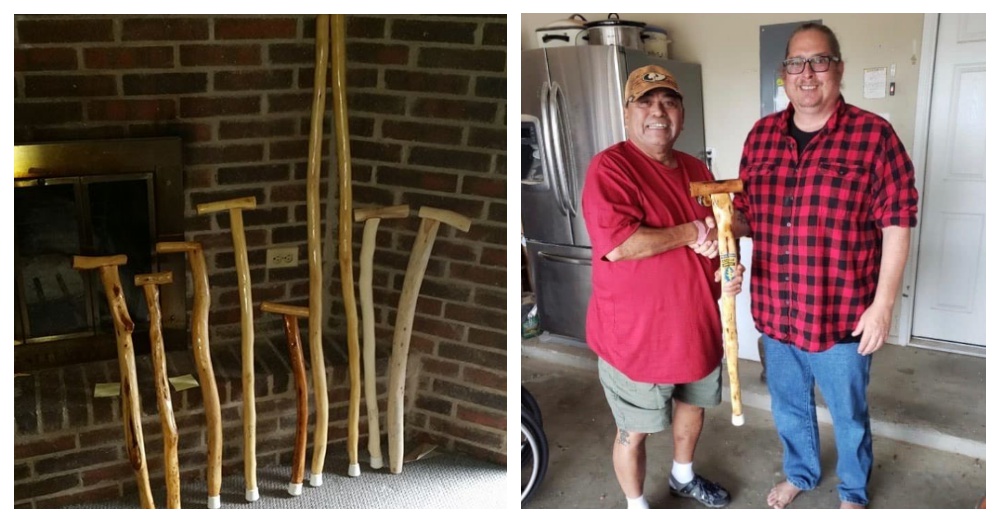 It takes Willis about a day to make one cane out of a Christmas tree.

“It’s not about me; it’s about the veterans, getting the canes out to all my brothers and sisters out there,” Willis said. “It starts with one cane, make one cane and give it away,” Willis told Fox News.

You can help Free Canes for Veterans. 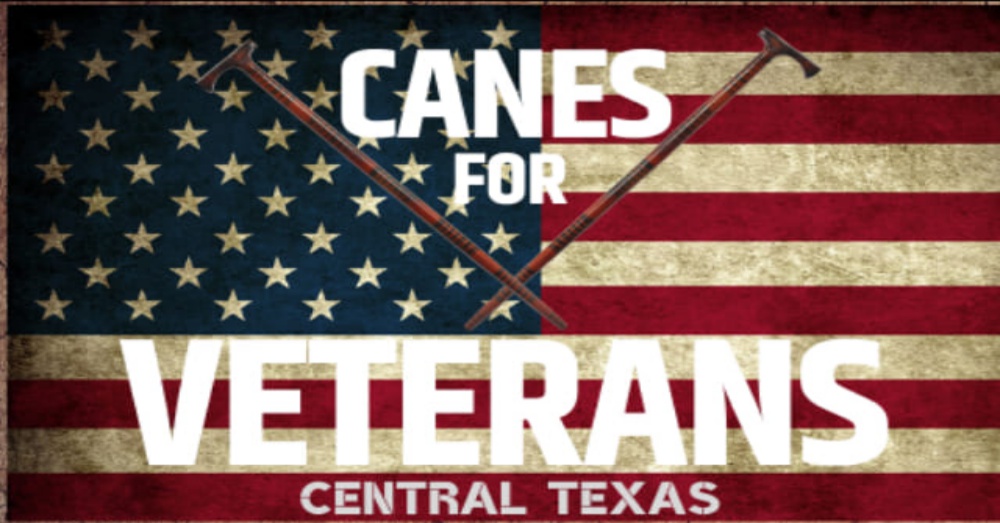 Willis says that while he mostly crafts canes for veterans, he is more than happy to do so for anyone with a disability.

“I do this so I don’t sit home all day feeling sorry for myself,” Willis said. “This is all out of kindness. I do everything out of pocket and from donations.”

You can donate funds to Free Canes for Veterans Central Texas here, or via PayPal (canesforveteranscentex@gmail.com). Or you can also donate items like sandpaper and tools.