Life is difficult! War is hell! Freedom is not free!

Some men know the reality of all three of these aphorisms intimately all the days of their lives, and yet, the way they live their lives and the ultimate sacrifices they make for others in honor of freedom, provide a model for all of us that must be seen, imitated and remembered.

Such a man was 2nd Lt. Walter P. Manning and his story of heroism and sacrifice has gone untold for 70 years. 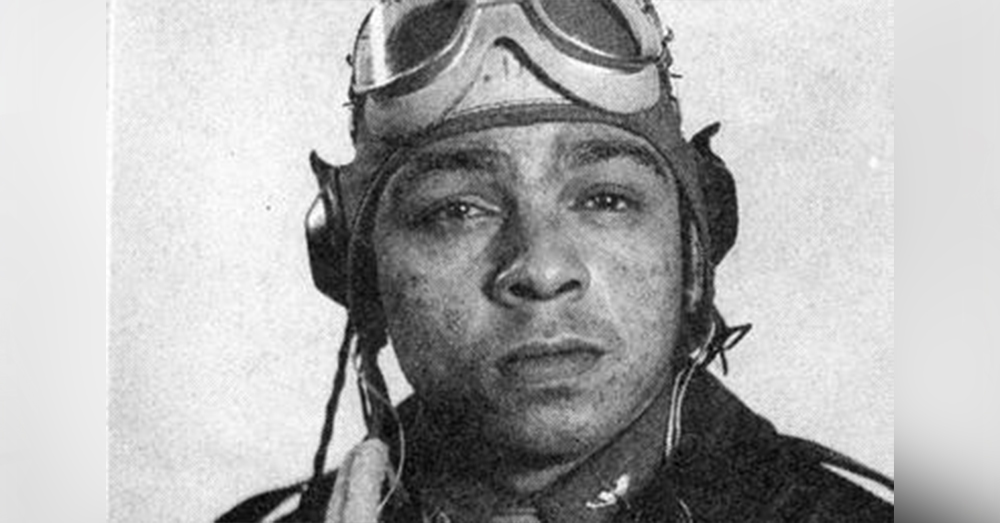 
When WWII broke out, Manning, like millions of other black Americans, wanted to sign up to fight. They wanted to fight for the noble cause of freedom, even though they did not enjoy all of the benefits of the freedoms that were guaranteed by the Constitution of their own country. This is one of the great ironies we must face in our history. It is a paradox that in this great country, known around the world to be one of the greatest experiments in democracy and human freedom, that millions of our fellow countrymen did not experience the reality of those noble ideals in their daily lives. Despite this, Manning and countless other black Americans wanted to sign up to fight for those freedoms against Nazi tyranny.

When Manning signed up to fight, he failed the physical because of a condition called hammer toe. He could have stayed safe, out of the war with that 4F designation. But so intent was he to fight that he used his salary from his job at a defense plant to pay for an operation to fix that condition. He was then not only admitted into the Army, he became one of the famed Tuskegee Airmen. 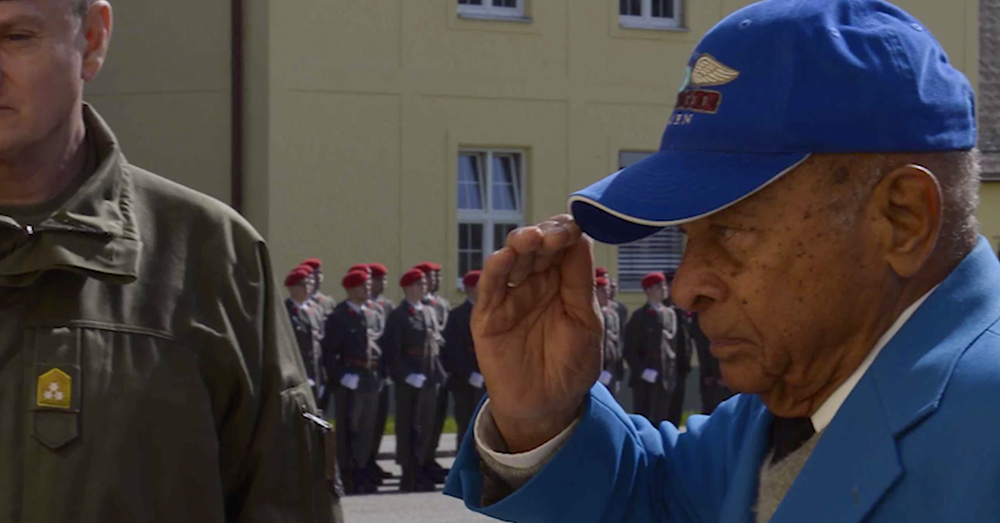 Over his time in the Red Tails, he flew over 50 missions as a P-51 fighter pilot. He was one of the best of them too. Over those 50 missions he was awarded the Air Medal for heroism 6 times.

As we know, the Tuskegee Airmen, the Red Tails, had earned a well-deserved respect by American bomber pilots. The massive raids that American and allied bomber forces were making over German-held territories were very costly in terms of men and material. When those bomber pilots and crews witnessed, and began to benefit from, the evident flying prowess and fighter skills of the Red Tails over German-held skies, they began to request the Red Tails exclusively. 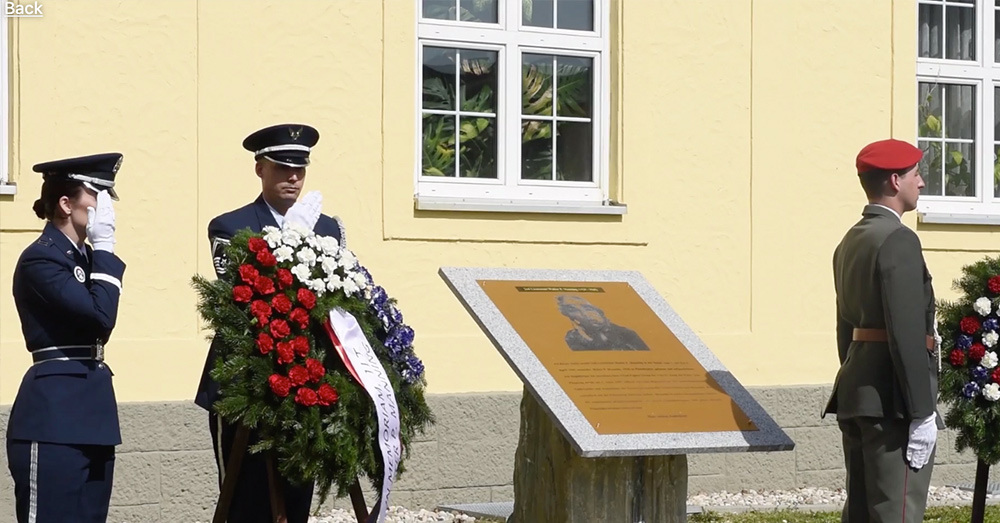 Source: Facebook/Aviano Air Base
2nd Lt. Walter P. Manning was lynched by an angry mob in Austria in 1945.

Manning was one of the best of those proud and gifted Red Tail fighter pilots. But here his story takes on one of the cruelest ironies of all. The realities of being black in America in those times would follow him to German-held Austria.

Manning, from West Philadelphia, Pennsylvania, was raised in an era in our history when black Americans knew the sting of racial prejudice and legal segregation as a deeply real and oppressive norm in their daily lives. The overt, and the more subtle effects of those segregation laws in the South and racial attitudes elsewhere in the country, shaped all elements of their lives. The most overt and cruelest of inhumanities that were experienced by black Americans in the 100 years after the Civil War were public lynchings by mobs. These were not uncommon events in this country during Manning’s lifetime. 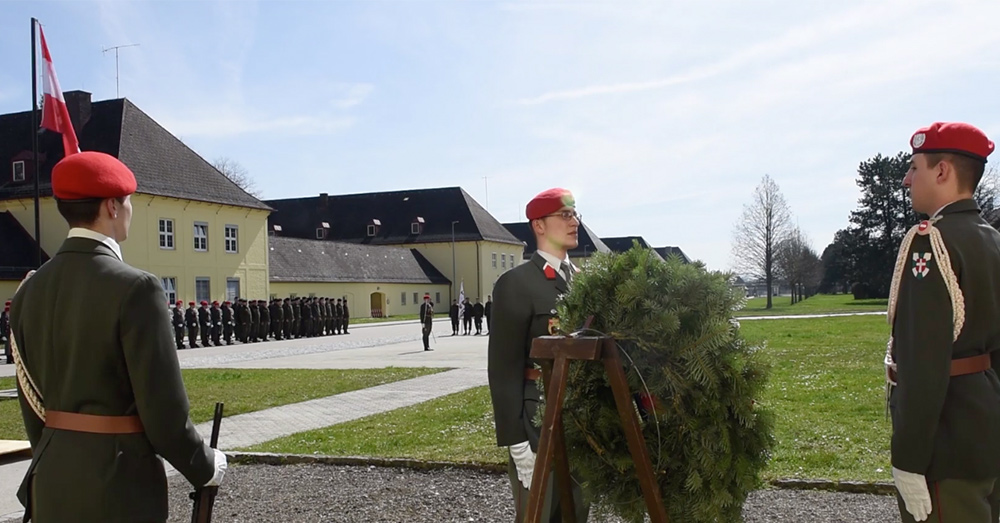 Source: Facebook/Aviano Air Base
A military ceremony with full honors was held in Manning’s memory.

Manning, like his fellow black Americans grew up in this environment. It was a painfully intimate reality for them. Nazis propagandists saw how Americans treated their own black citizens and used it in their propaganda to equally terrible effect.

On April 3, 1945, on his final mission, Manning was engaged in a dog-fight with German fighters over Austria. He had already shot one enemy fighter plane out of the sky, but his own plane was hit and damaged so badly that he had to bail out. At the time he was 25 years old. By 1943 the German air war was already, in reality, in serious decline. Nazi propaganda was being used to incite the German people to kill any and all American and allied pilots that they captured.

When Manning landed in his parachute, he was met by an angry mob that began to beat him mercilessly. He was saved from being beaten to death by an Austrian policeman at that time. Manning had been taken and held in a cell in a local police station. The mob had followed him to the police station and were shouting for Manning to be given to them.

In a cruel twist of fate, Manning was released to the mob. 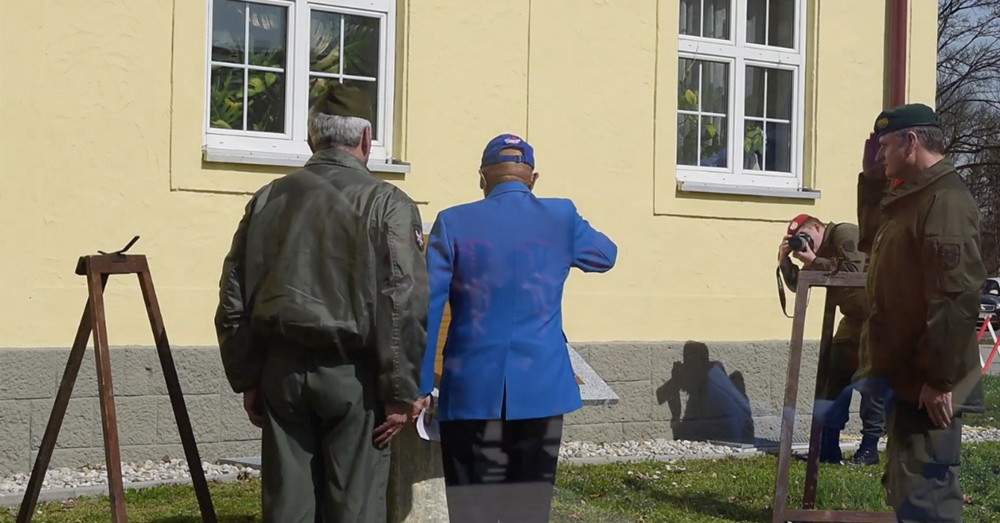 Source: Facebook/Aviano Air Base
Manning’s story was hidden to anecdotal history until just a few years ago.

The jeering mob, in a macabre imitation of what they had been shown in the German propaganda, took him to the nearest lamp post and lynched him. The story of how this brave, dedicated patriot and awarded hero, this warrior for freedom, met his end in this horrible way, has gone untold for seven decades. 2nd Lt. Walter P. Manning’s sacrifice in the name of freedom must never be forgotten. Rather, it should be honored and held high as a model of courage and love of freedom for all of us, for all ages.

His story has come to public light only recently, because of the work of two Austrian historians; Georg Hoffman and Nicole-Melanie Goll. They have done the research and documented the stories of the 150 allied pilots who, against all the rules of the Geneva Convention, were captured and executed by the Germans during that time. 101 of those were Americans. The white pilots met their ends either having been beaten to death or shot. Only Manning was hung.

In honor of the memory of 2nd Lt. Walter P. Manning, the American and Austrian governments have recently created and dedicated a memorial monument in stone at the very spot where Manning met his death. Ceremonies were held there at the time of its dedication. The ceremonies were conducted with the highest solemnity and respect. They included Honor Guards, military bands and a flyover by military planes.

The Veterans Site is honored to make the story of 2nd Lt. Walter P. Manning’s sacrifice for freedom known to our readers. His life, his bravery in war, in life and in death, is a testament to the preciousness of freedom and the real costs that are paid for it. Manning was a patriot of uncommon valor, who gave his all in the name of freedom’s highest dreams. God bless you Walter P. Manning. We will never forget.

Can a College Degree Buy You a Better Future?