To be a citizen of this country means more than just merely being born here. It is not a matter of entitlement. Rather, a citizen understands that our shared rights and privileges require each of us to be responsible for ensuring and providing those same rights and privileges for our families, our neighbors, our fellow citizens. This is the main purpose of military service.

In reality, some of our fellow citizens, for many reasons both in and out of their control, “fall through the cracks” and are often forgotten. It is a sad but clear reality that many of those who have fallen through the cracks are military veterans who have come home from the experiences of war and been affected by those experiences in ways that make it difficult for them to keep up with the normal demands of jobs and relationships. Most of them suffer from the wounds of war and the effects of what has become commonly known as Post Traumatic Stress Disorder, or (PTSD).

As a result, many of these veterans experience short term or long term homelessness. 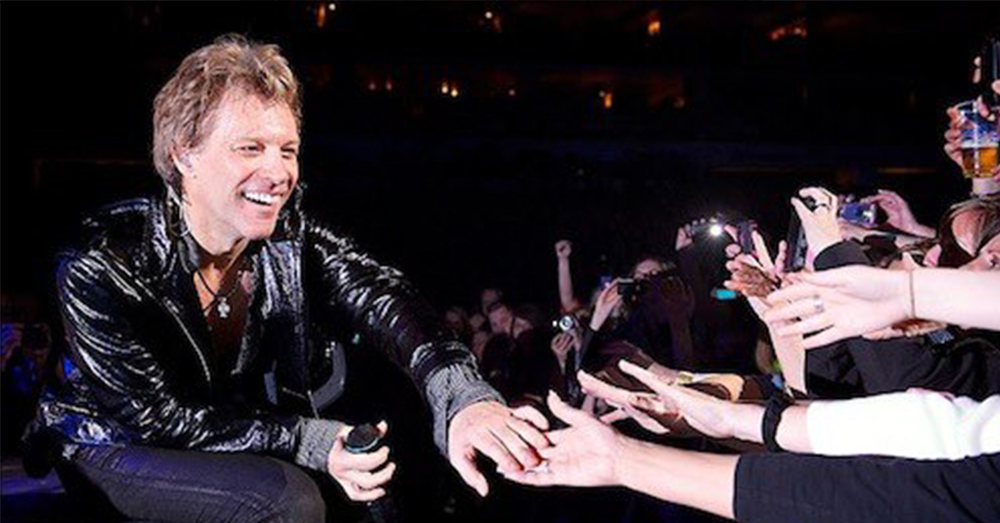 Source: YouTube/CNN
Jon Bon Jovi has been a musician most his life, but he’s also a philanthropist and community organizer.


Thankfully, there are some of our fellow citizens who have seen the reality of veteran homelessness and have chosen to do something about it in the private sector. One of these citizens is the singer/songwriter, Jon Bon Jovi. He started an organization a number of years ago called the Jon Bon Jovi Soul Foundation, (JBJ) to confront the issues of poverty, hunger and homelessness.

When Jon Bon Jovi was 21 and struggling early on to make it in the entertainment business in Philadelphia, he saw homeless people every day in the streets of that city.

He says, “I thought, ‘This wasn’t what our Forefathers were thinking.’” 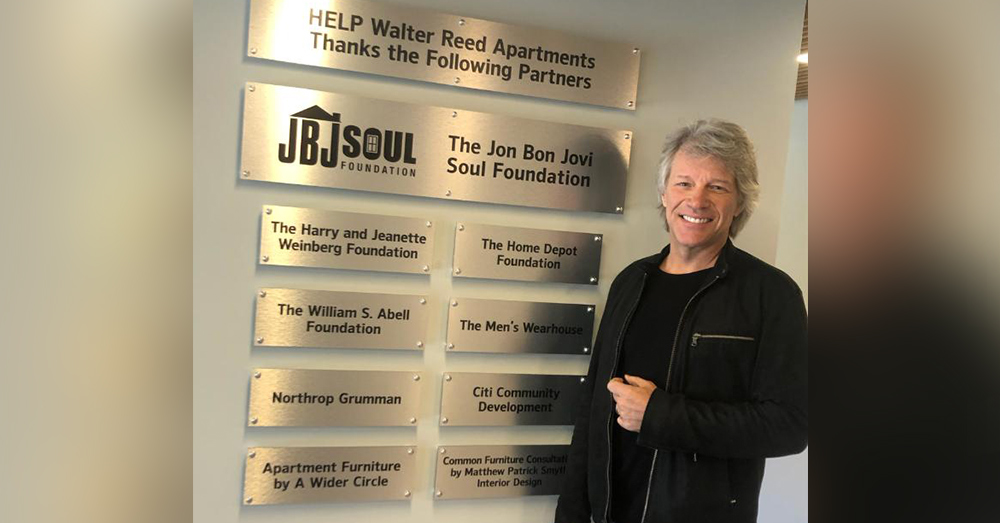 But Bon Jovi had a particular concern also for how many of those homeless people were veterans. Both of his parents were military veterans. Bon Jovi took it upon himself, over the years, to educate himself on the issues surrounding veteran homelessness and the effects of PTSD.

For the last 10 years his JBJ Foundation has been working with another private organization called, Help USA, on a project to build affordable housing for homeless veterans in Washington, D.C. The Walter Reed facility will provide safe, housing, job training, counseling, substance abuse services, and family relationship education for homeless veterans in the D.C. area.

The Walter Reed facility is now complete and Bon Jovi said, “It’s here. It’s real. 77 veterans will have a place to call home.” 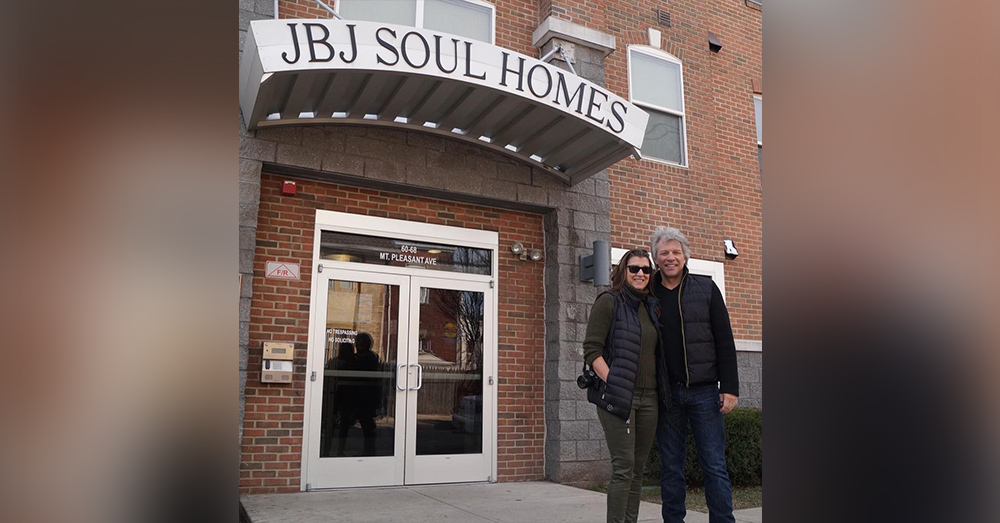 Source: YouTube/CNN
JBBJ Soul Houses have been built to house veterans in 10 states.

It is a $13 million project that will provide safe and affordable housing for those homeless veterans. It includes a courtyard, a small gym, a computer room, and a lounge with a fireplace for communal gathering. Bon Jovi donated $525,000 of his own money to the project.

Bon Jovi understands that providing safe, private, clean living spaces for the formerly homeless is not enough. This is why all the other elements like job training and placement programs and counseling, etc. are included in this project. The residents of this facility will pay 30% of their total job and Social Security income for rent. Which is another value of this privately funded program, it helps build responsibility and self-worth in those who were formerly homeless, instead of making them dependent on the government. 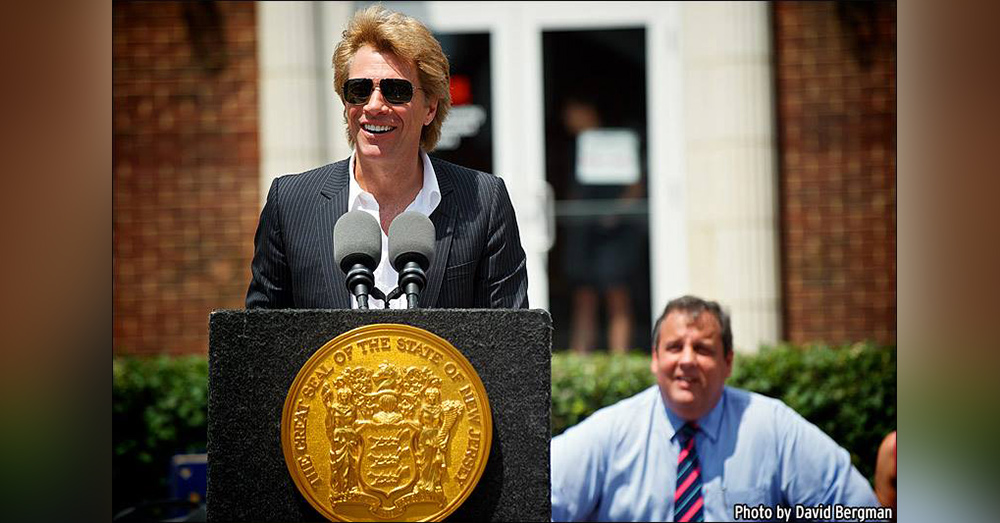 Source: YouTube/CNN
Jon Bon Jovi has been honored for his support of American military veterans.

Jon Bon Jovi gives us all an example of good citizenship through his private JBJ Soul Foundation. The JBJ Foundation has been providing funding for over 600 units of affordable housing in 10 states for many years before building the Walter Reed facility for homeless veterans. This sense of duty toward fellow citizens, especially those who have served this country in our military, is what reveals the true role of citizenship and the greatness of this country.

The Veterans Site, which is concerned with the reality of veteran homelessness, sends its deepest respect and thanks to Jon Bon Jovi and his JBJ Soul Foundation for their efforts on behalf of our homeless veterans. You give us a great example of true citizenship in this great country.

Can a College Degree Buy You a Better Future?