It’s not what you do when people are watching that counts, but what you do when you think no one’s paying any attention. Several young boys are proof of that after they were spotted braving the rain to do a good dead.

The boys were identified only as Nate and Isaac.

They were two students at Coppergate School of the Arts in Middleburg, Florida. The two boys, both 11 years old at the time, served as safety officers. That meant they had tasks the school expected them to do every day. 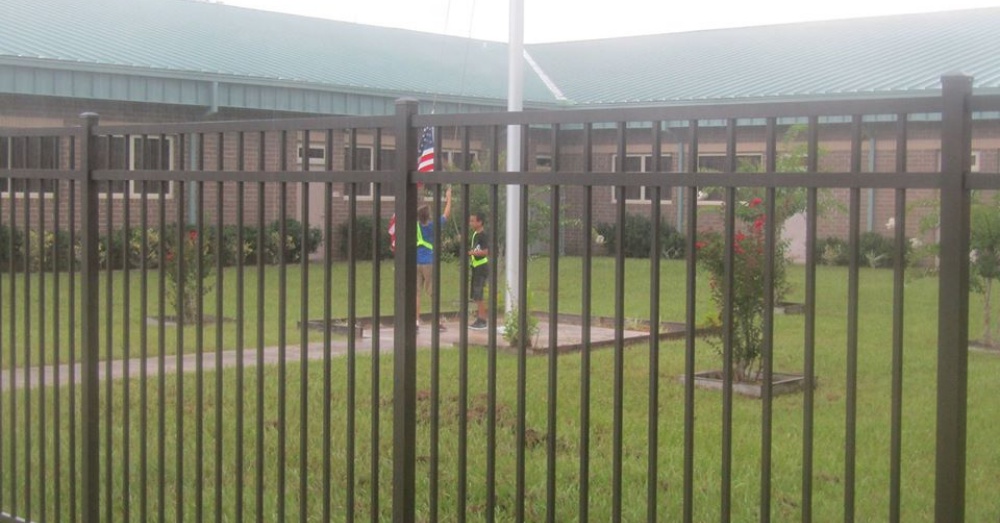 One of those tasks was taking down the American flag after the students had been dismissed for the day.

But on this particular occasion, heavy rain and winds were making it unpleasant to be outside. As people sprinted to their cars, the boys went out into the rain. There, they completed their duty despite the awful weather

They didn’t know anyone would see what they’d done. 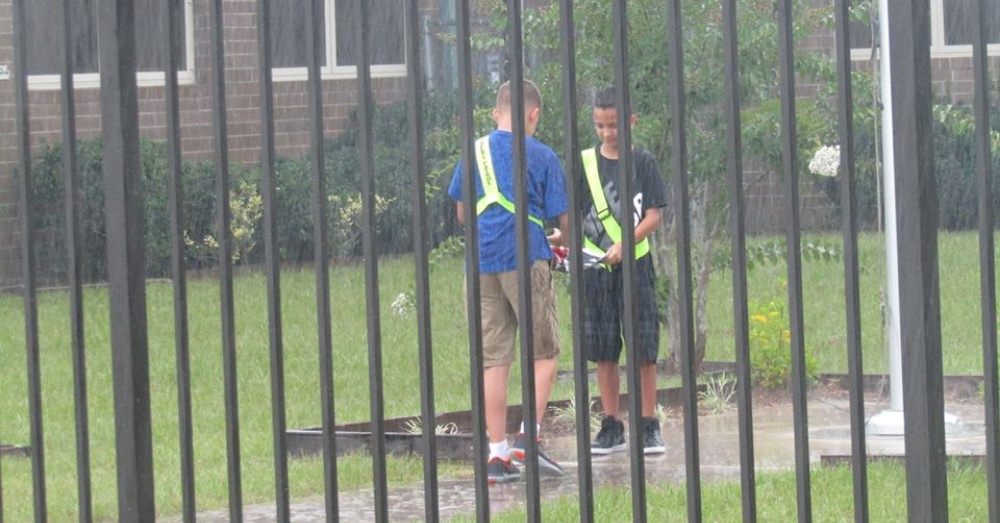 But the boys were spotted by a teacher, who snapped a few photos.

“Not only did they bring the flag down, they also stood in the wind and rain and calmly completed the 13 folds,” said a media specialist for Coppergate Elementary School, Kim Miskowski. “Then Nate protected the flag as he walked with honor and respect to retire it for the day.”

Miskowski said she was touched.

She said it reminded her of good things during a national time of division. The two boys did their job calmly despite being outside, facing unpleasant weather conditions. 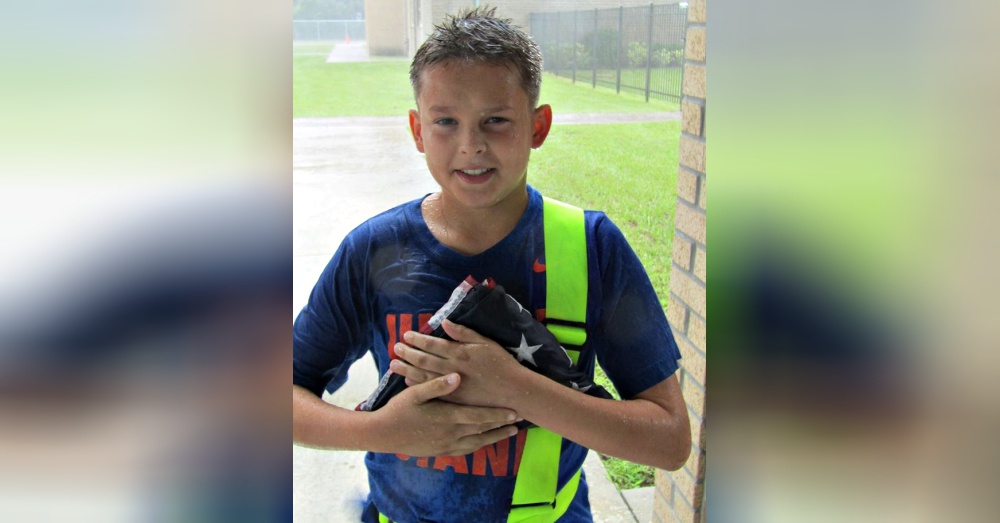 “They were folding the flag reverently,” she said. “It just struck me. When they walked away they held it … cradled it to protect it. And it was just a moment that was meant to be, I think.”

The United States Flag Code states the flag shouldn’t be flown in bad weather.
This ensures it’s not damaged by the elements. 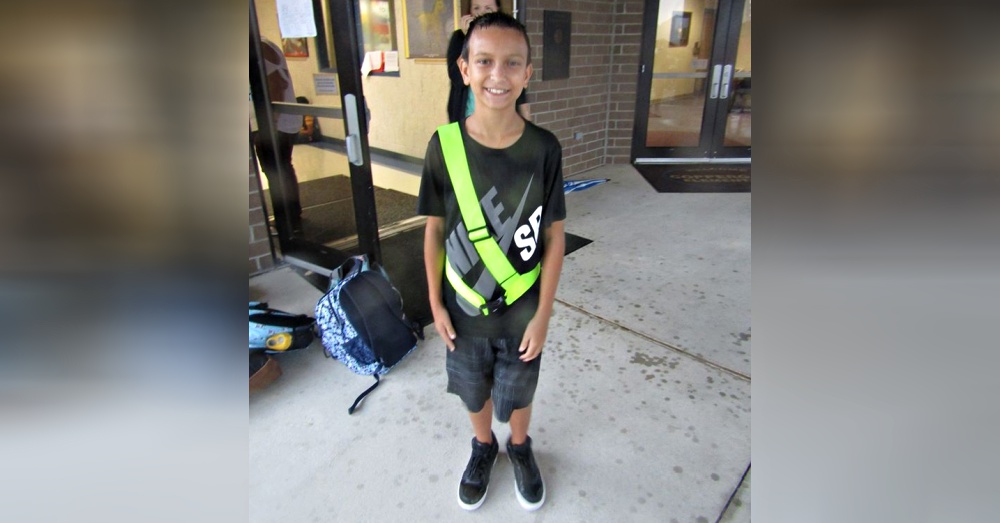 “The flag should not be displayed on days when the weather is inclement, except when an all-weather flag is displayed,” it states in Title 36, Chapter 10.

The boys would’ve been expected to take down the flag any day. The fact they did their job carefully even while standing in the rain was admirable

Coppergate Elementary School shared the photo of the boys on its Facebook page. There, it was quick to garner reactions and comments. Many people praised the boys for their care in removing the flag. 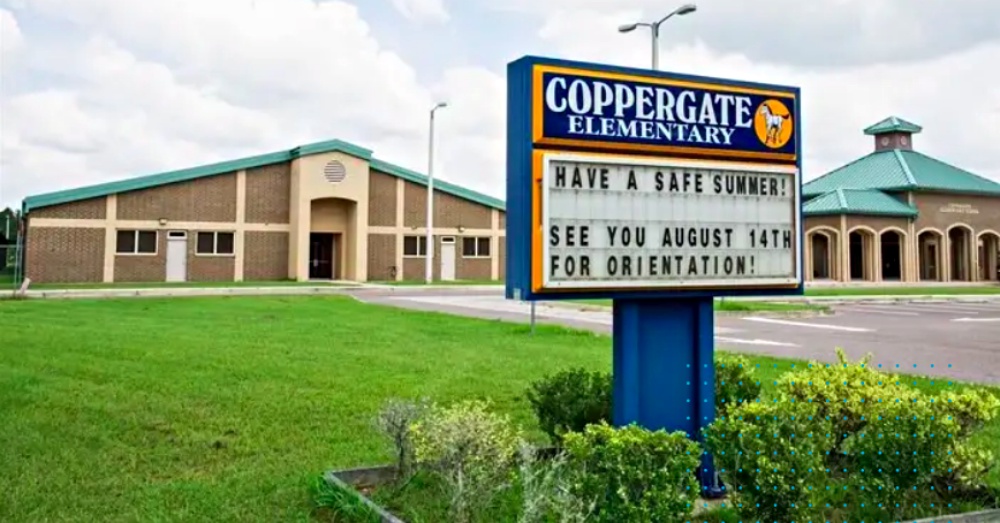 Others pointed out their behavior was a credit to their teachers, who’d taught them well.

“What education is all about,” read one comment. “Mentorship goes beyond the 3Rs, it’s all about building responsible adults and paying it forward. Congratulations Coopergate for your exemplary educational performance [sic].”

The 13 folds refer to the proper way to fold an American flag. Each fold has a special meaning attributed to it. When folded, the flag resembles the tricorn hat worn during the Revolutionary War.

We’ll Return to (Congressional) Action after These Brief Words

Law Aimed to Help Consumer but Limits Access to Credit