Marine veteran George E. Hood may be over 60, but he’s no worse for the wear. The 12-time world record holder for planking has once again defended his title in Guinness’ Book of World Records.

Hood’s name follows the entry for “longest time in an abdominal plank position (male),” with a time of 8 hours, 15 minutes, 15 seconds.

“I believe in the plank as a total body-conditioning exercise,” Hood told Marine Corps Times. “I have learned a lot from training in that pose. It’s the best exercise I have ever done.”

According to Guinness World Records, Hood prepared for his world record attempt by completing 674,000 situps and 270,000 pushups, along with 2,100 hours of planking. 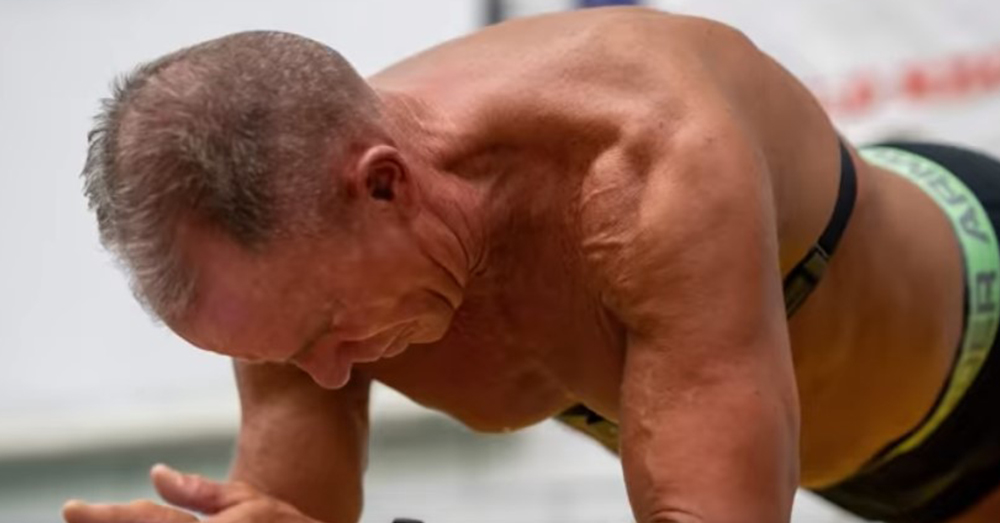 The 62-year-old served with the 2nd Battalion, 7th Marines, 1st Marine Division, before starting a career with the Naval Criminal Investigative Service as a supervisory special agent with the Drug Enforcement Administration. According to the Marine Corps Times, he also worked as a law enforcement professional adviser to U.S. military forces in Afghanistan in 2008.

It was during Hood’s Marine service that he first got involved in professional athletic competition. Jumping rope and stationary cycling kept him busy for a few months, but he found his sweet spot in planking, which only became a Guinness World Record event in 2010, and more recently landed on the Marine Corps’ Physical Fitness Test. 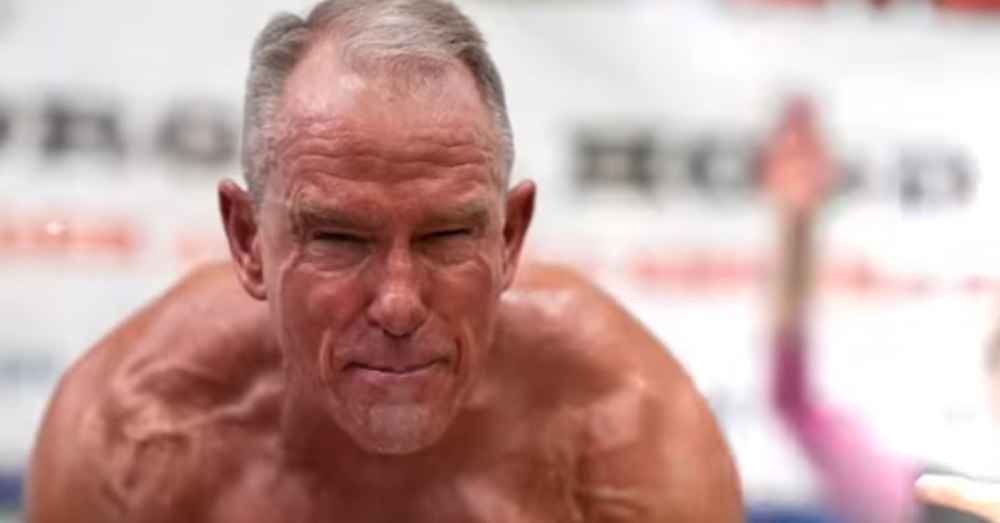 “I got involved in this because I was training anyway with the Marines,” he said. “At the beginning, this is about me, training to do my best. It runs in my blood!”

He first beat the world record in 2011 by holding his pose for 1 hour, 20 minutes and 25 seconds. Hood’s latest record topped the former title holder, Mao Weidong of Beijing, China. in competition with Hood, Mao held the longest plank for 8 hours, 1 minute. 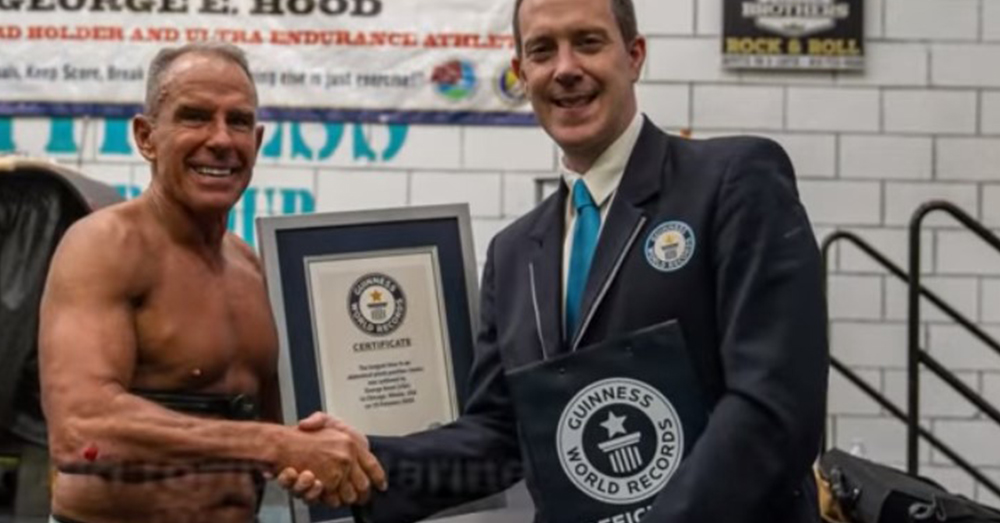 Along with the Guinness World Record, Hood also holds the international planking record, at 10 hours, 10 minutes, 10 seconds, and the record for “The Most Plank Time Accumulated in 24 Hours,” with 18 hours, 10 minutes, 10 seconds logged. Both records were set at the Indian Boundary YMCA, near Hood’s home in Chicago, and verified by an internationally accredited agency.

As for why he does it, Hood is just trying to prove to himself, and others, that it can be done.

“I just need to inspire one,” he told the Aurora Beacon-News. “One person, one reader, one club member. If I just inspire one to change their life without putting a hand on them, I’ve accomplished my goal.” 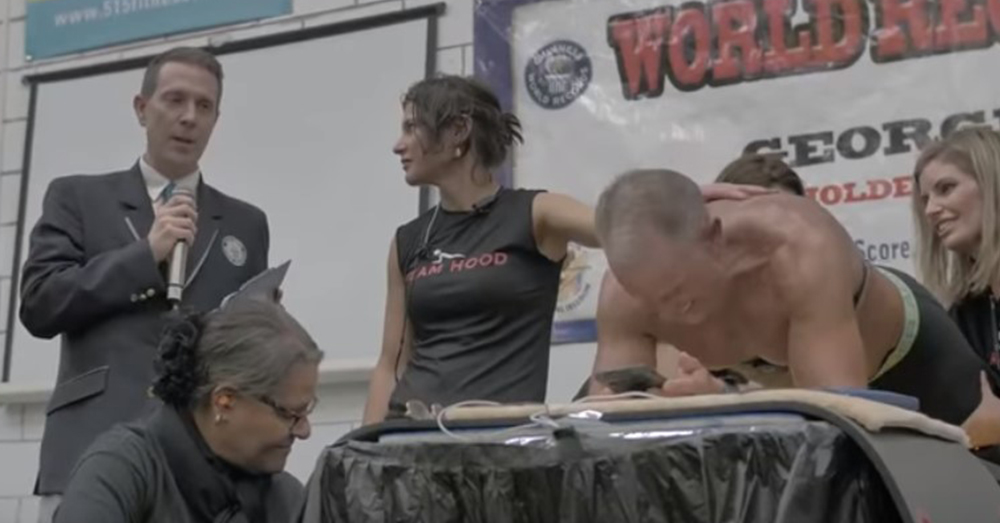 Source: YouTube/USA TODAY
Hood completed 674,000 situps and 270,000 pushups, along with 2,100 hours of planking in preparation for the record attempt.

Hood may no longer an enlisted Marine, but he’s still a Marine, and still supports his fellow service members and veterans to the best of his ability. He dedicated his latest world record to raising awareness for veterans’ mental health.

“I had the experience of going to Afghanistan, and it was the first time I had ever seen combat death, and I saw what these guys go through. That was a real eye-opener for me,” Hood told the Marine Corps Times. “These guys come home, and they think, ‘We are Marines. We can handle it.’ But those experiences, the trauma that they go through is real. 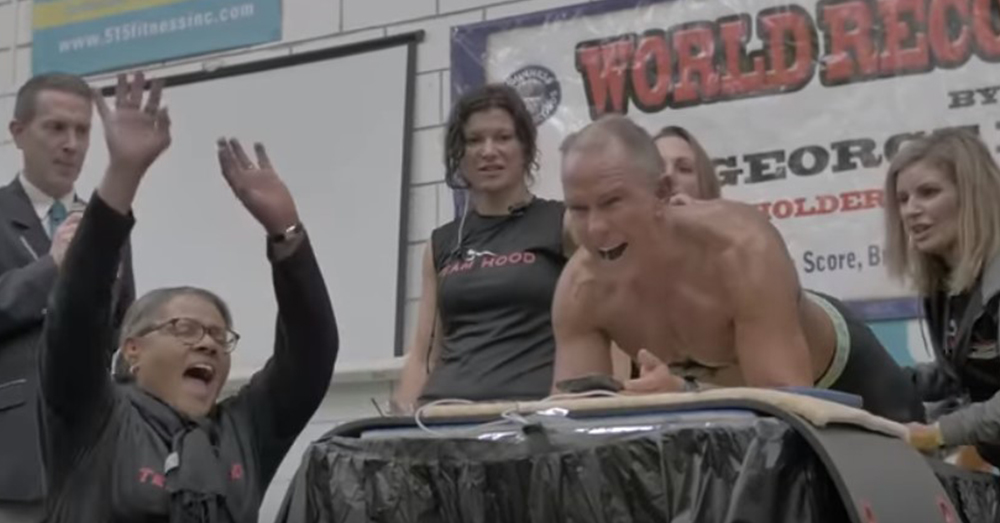 Source: YouTube/USA TODAY
The veteran hopes his actions inspire others to achieve their goals.

“[Physical training] — that’s my anchor. That’s what grounds me,” he continued. “I’ll hold that [planking] pose for any Marine or civilian that walks through that gym door. There are storms we go through everyday that we can weather. I want them to know there’s no stigma anymore.”

See Hood’s record-breaking planking in the video below.

FedEx Driver Goes Beyond The Call Of Duty To Make Life...