Veteran Avoided The Barber For 6 Years After He Left The Navy, He Went Back To Give Others Hope

For 24 years, Fernando Trujillo was getting his hair cut every two weeks when he was in the U.S. Navy. After he left the service, he waited 6 years before even coming close to a barber’s chair. It was no ordinary haircut.

Grabbing a hank of Trujillo’s now-graying hair, the Ladies and Gents Downtown Hair Co. tonsorialist snipped off a full 28 inches. As the barber brushed off Trujillo’s shoulders, the veteran asked for his hair back.

He’s got plans for it. 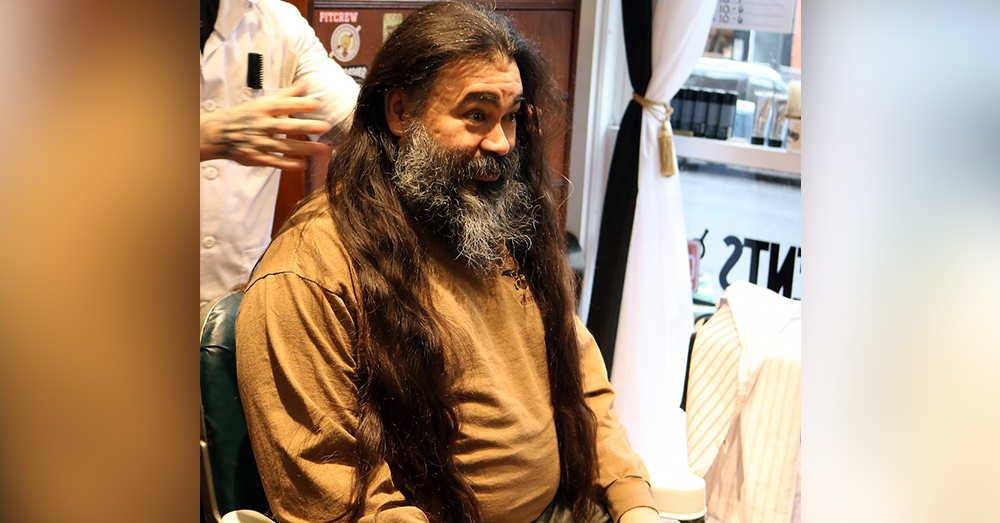 Source: U.S. Army
Trujillo grew his hair out for 6 years before going back to a barber.


Trujillo, 49, was diagnosed with salivary gland cancer in 2012, Military.com reports.

“Your heart just kind of drops and you have that bad feeling, like ‘damn, how bad is it?’” he said. “The first thing the doctor did was try to calm me down and let me know that everything should be fine. It was just a matter of how much they were going to have to cut out.”

A small bump on the roof of his mouth turned out to be a gumball-sized tumor, which doctors were able to remove with some success. Trujillo had to wear a mouth guard for months, and was unable to eat anything but liquid foods for some time, but his cancer was in remission.

“I never ate so much pumpkin soup in my life,” he laughed. “You really can’t eat meat. I had a lot of protein drinks.” 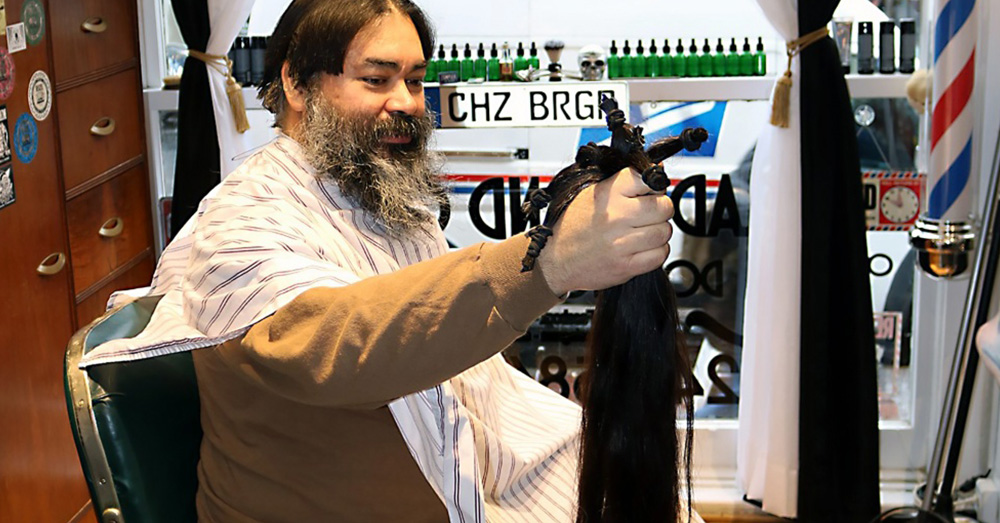 Source: U.S. Army
The veteran had 28 inches of hair cut off.

Though he initially got his hair cut to attend his younger brother’s promotion in the New Mexico National Guard, he’s also hoping it will provide hope for others who are going through the same thing.

“I’ve lost some friends and family over the years and also had some acquaintances that have had battles with cancer who lost their hair going through radiation,” he said. “I figured my hair would be something that someone could benefit from.”

“I looked at their website and they said they would take light gray hair,” he said. “So I sent an email and told them I had over 20 inches of hair to donate.” 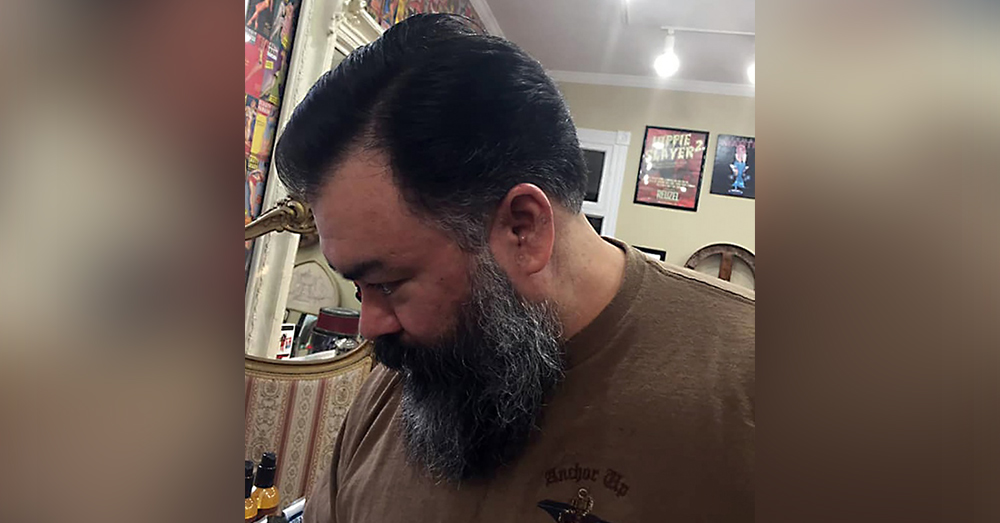 Source: U.S. Army
After the cut.

Hair We Share will turn Trujillo’s hair into wigs, which will be used by cancer patients.

“It’s more about not drawing attention from people who constantly ask questions and feel sorry for you,” Trujillo said. “Hopefully that little bit will be able to help them retain a little dignity out of the whole situation they are facing.”

“Fernando is the kind of person that would give you the shirt off his back when you are in need,” Duggan said.

Or, in this case, the hair off his head.