John Welsh, 99, and Francis “Frank” or “Elmer” Beach, 97, have lived in Camden County, New Jersey, for years. Until recently they had never been formally introduced. They had no idea their lives had been bound together in blood since 1945.

The veterans met for the first time aboard the Battleship New Jersey on the 75th anniversary of the Battle of Iwo Jima. The two shook hands and shared a few stories of their experiences during hat harrowing battle on Mount Suribachi.

The Battle of Iwo Jima lasted for five weeks between Feb. 19. and March 26. It was only four days in when Associated Press photographer Joe Rosenthal caught the iconic shot of Marines raising the U.S. flag. 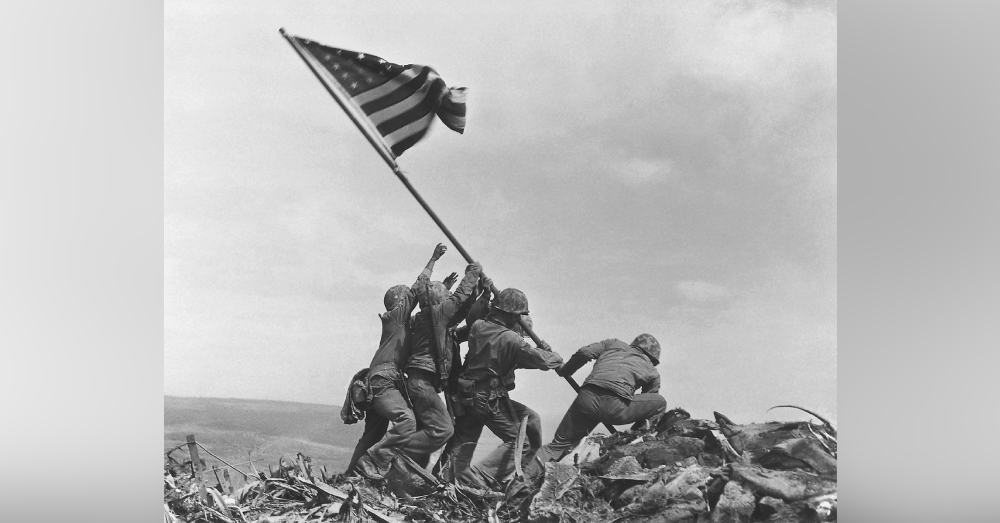 
“When we saw it (the flag) go up, we all cheered. I stood up and didn’t care if I got my backside shot off,” Welsh told the Courier Post.

“I thought when the flag went up it was the end (of the battle,) but it was just the beginning,” Beach said. 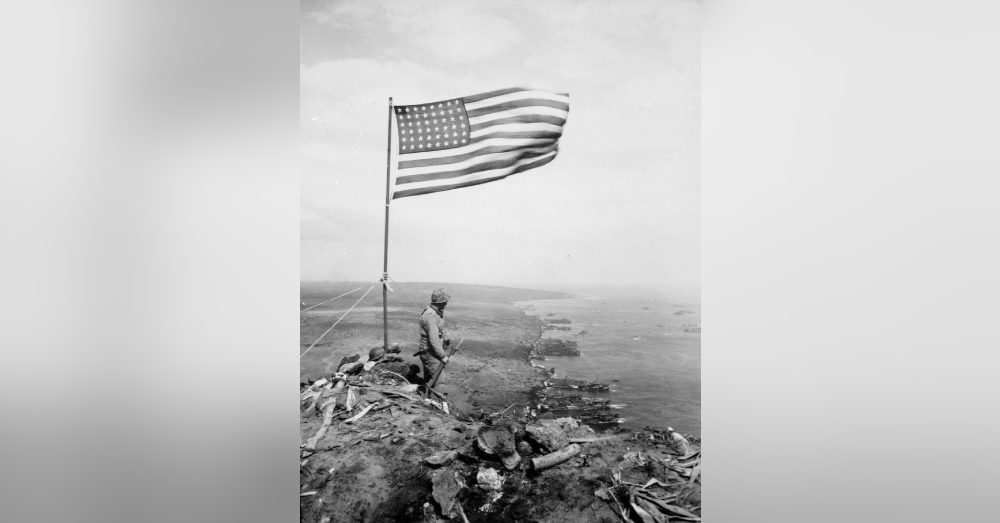 Source: Wikimedia Commons
From the crest of Mount Suribachi, the Stars and Stripes wave in triumph over Iwo Jima after U.S. Marines had fought their way inch by inch up its steep lava-encrusted slopes.

It wasn’t until recently that Beach was willing to open up about Iwo Jima. Like many of his generation, whether feeling the pressure of post-traumatic stress, or simply bound by duty and humility, Beach has kept his war stories to few words throughout the years. He even refused the Purple Heart Medal the first time it was offered to him. 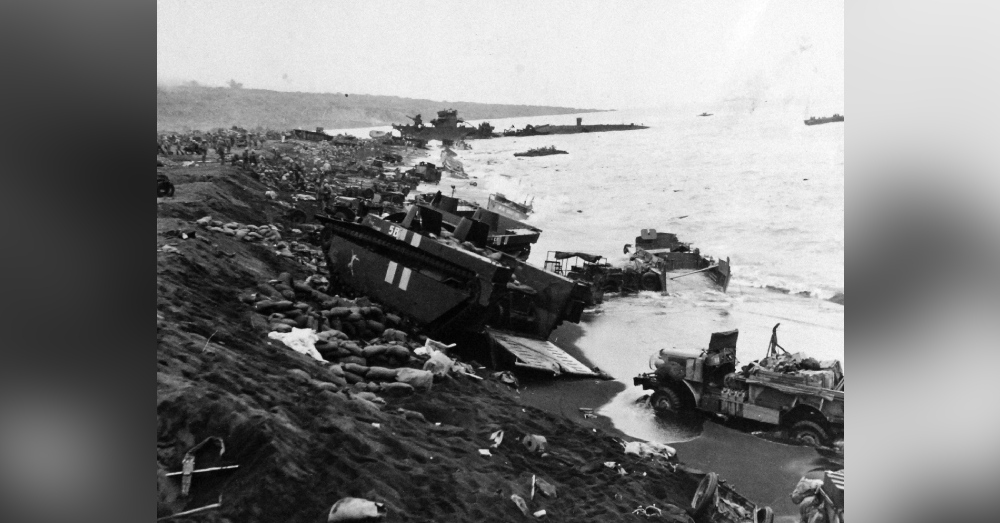 Source: U.S.Navy
Stalled and wrecked vehicles of Marines bagged down in soft Volcanic ash on beach of Iwo Jima were targets for Japanese mortarmen who fired down from mountain over-looking beach D-Day.

According to the Marine Corps Times, a Japanese soldier stabbed Beach on the leg with a bayonet during the Bougainville Island campaign, but he didn’t feel right accepting the same award given to others who had far more serious injuries. It wasn’t until 2001 that he would accept the medal on the deck of the battleship New Jersey. 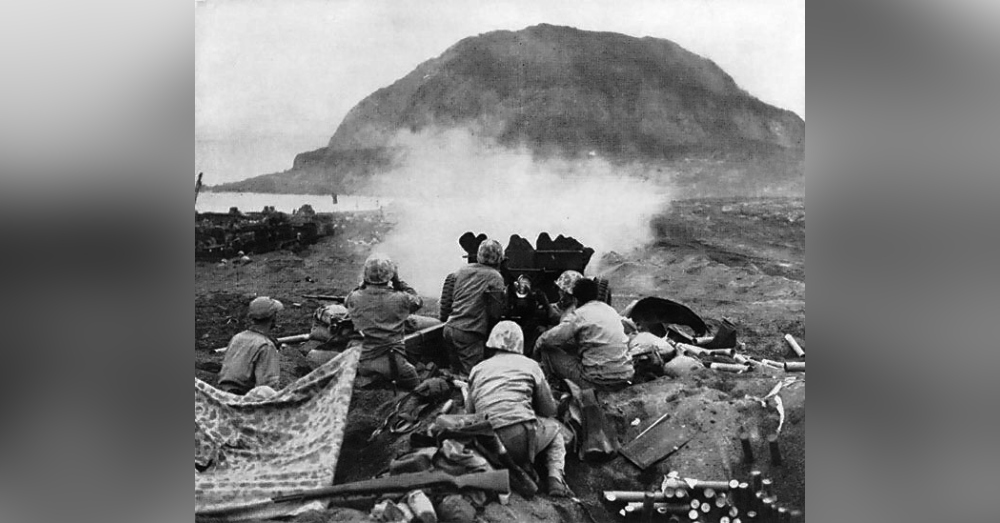 Welsh’s Purple Heart medal tells more than one. He was twice wounded by enemy bullets, the Marine Corps Times reports, once in Guam and once in Iwo Jima. He also survived malaria and a life-threatening fever, while serving in the same unit as Medal of Honor recipient Hershel “Woody” Williams, though they never met, either. 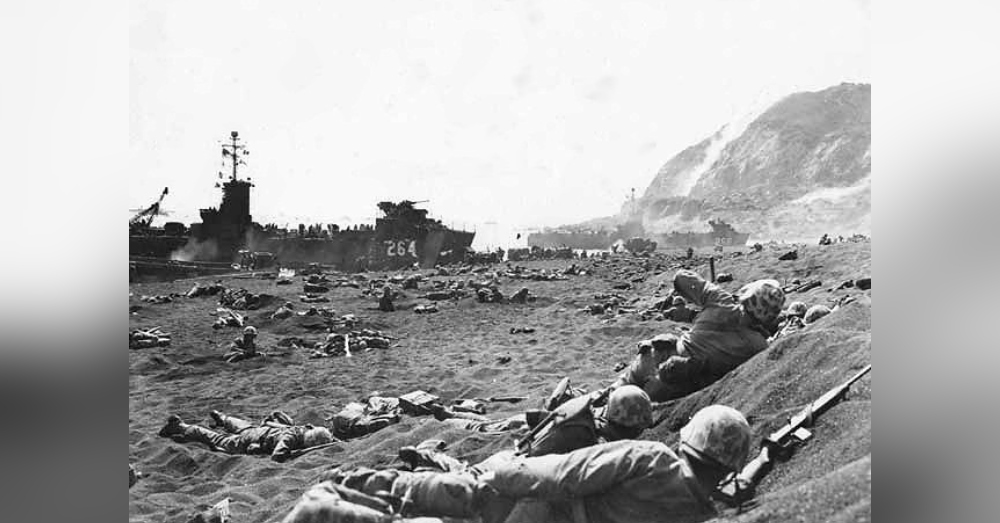 Every February we remember those who served so bravely in the Battle of Iwo Jima during the final year of World War II. For those few left alive who actually experienced the battle, the memory is likely still vivid. 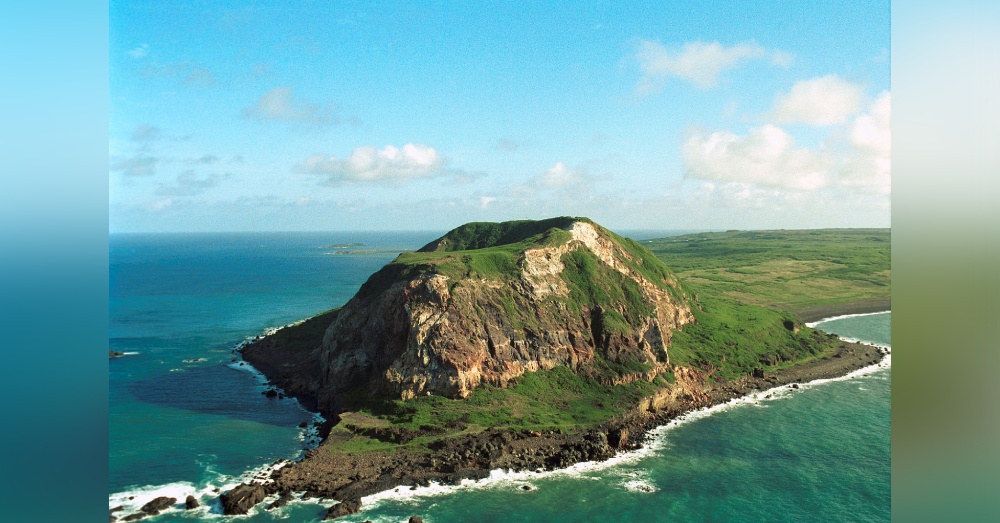 Veterans like Beach and Welsh are rare. Even rarer, the courage with which they fought against an oppressive regime on that tiny island in 1945.

Women In The Navy Open Up About Why They Joined And...