Temperance Pattinson has had a calling to give back to charities since the age of three years old. Temperance has always gave back to charities that specifically give to war veterans. Since the age of three, she has always wanted to meet a real-life hero in person and in her eyes, her favorite heroes are war veterans. At the age of five her dream would come true, she was able to meet Simon Brown.

Temperance, nicknamed “Tempy”, was able to meet a real-life hero through the program “Facing it Together” through Help for Heroes’. This program films a soldier meeting with a civilian and speaking about their experience, so they can support one another in person. 
Simon Brown served three tours in Iraq. During his third tour, in 2006, he was on a mission to extract a crew that had been stranded during an attack. At the end of the mission he was shot in the face by a sniper attack. His life would never be the same.

“I was a soldier for 13 years in the army and in 2006 I was injured while on a rescue mission in Iraq. I was shot by a sniper, but I was very fortunate to survive and then when I came home I found out that I’d lost my sight and I had to rebuild my life after being told that I was going to be a blind man and leave the army,” Simon tells Temperance.

After Simon was shot, he was in a coma for 17 days and has undergone over 20 surgeries which has felt his face permanently scarred along with his blindness. Simon was nervous to meet Temperance because he did not want his scars to scare her. If only he knew that he had nothing to worry about, Tempy was completely unfazed. 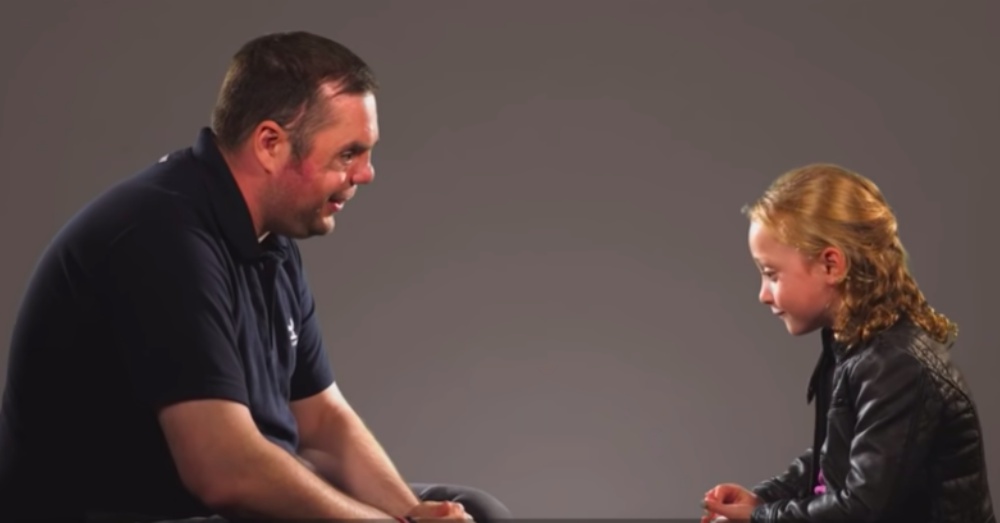 The first thing Tempy tells Simon is how she has participated in a 100-meter swim and a triathlon already. He is surprised and asked why she would want to do such a hard task, as many of his military buddies have not even done so. Her response was amazing, she did it to give back to soldiers.

“Even though I didn’t know any of the soldiers, I just thought that they did something for us! I thought I could give a present back to them by raising them money.”

Simon was not met with fear from Tempy but of pride. She is proud of all soldiers, Simon included. They even had a moment of laughter as she explained she was scared of riding her bike during the triathlon, but her stabilizers helped her through. She told him how she likes to challenge herself because soldiers challenge themselves all the time. 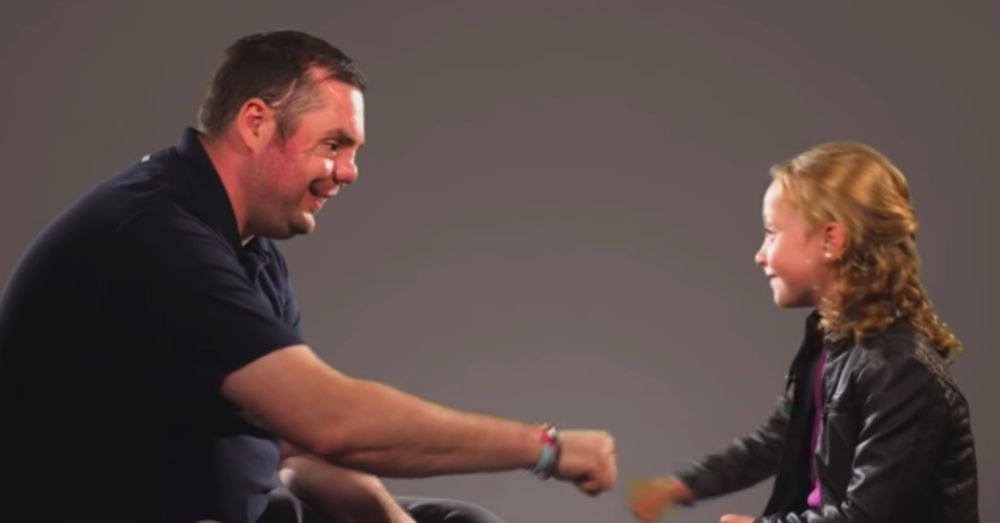 Tempy let Simon know that he is a hero to her. The very emotional meeting ended with Simon letting Tempy know that she is a hero as well and not only to him but for all soldiers that come home and need the support she gives them. With a quick fist bump, the two ended what was an unforgettable moment. Temperance was able to finally met a hero, and Simon realized his fear was unfounded. The scars on his face do not have to be seen as scary, but proof that he is a survivor. Watch the touching video below.

The VA Denied Hundreds Of Thousands Of Veterans Mental Health Care Because Of ‘Bad Paper’ Policies: Click “Next” below!