As a member of the Veterans of Foreign Wars (VFW), I am very proud to share this video with our readers. It is from last year’s National Convention in July of 2019. It was a focal point of great importance for the VFW and for the nation, when the Veterans of Foreign Wars 2019 Armed Forces Award was given to four star Admiral Michelle J. Howard (Ret.).

The first part of this short video will fill you in on some of the specifics of Admiral Howard’s notable career. Among these will be the facts that she was the first African American woman to command a U.S. Navy ship, the USS Rushmore (LSD-47), which was a Whidbey Island-class dock landing ship with 22 officers and 391 crew. She was the first woman to be promoted to both two star and three star Admiral rank. Again, she was the first female to command operational forces in both Europe and Africa. She served in Desert Shield, Desert Storm and Joint Endeavor. 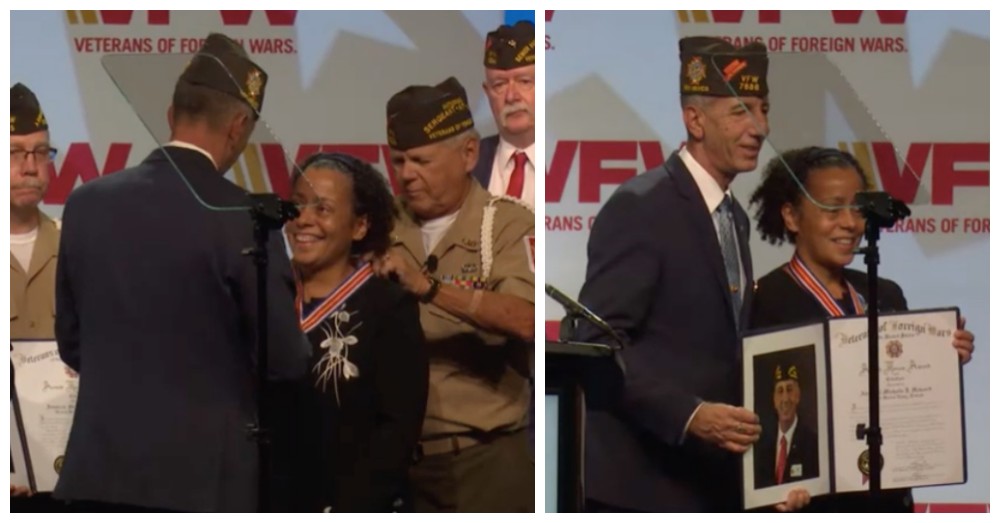 
But there was one command position she held that was associated with an event that all of you may remember. You may have even seen the movie made about it; Captain Phillips, with Tom Hanks playing the part of Captain Phillips. Admiral Howard was the commander of the operation that freed Captain Richard Phillips from the Somali pirates who had hijacked the container ship Maersk Alabama off the east coast of Africa in April of 2009. Admiral Howard was also at the Pentagon when it was hit by one of the hijacked commercial airliners on 9/11.

As the man introducing Admiral Howard before receiving the award said, “She is the real deal.” 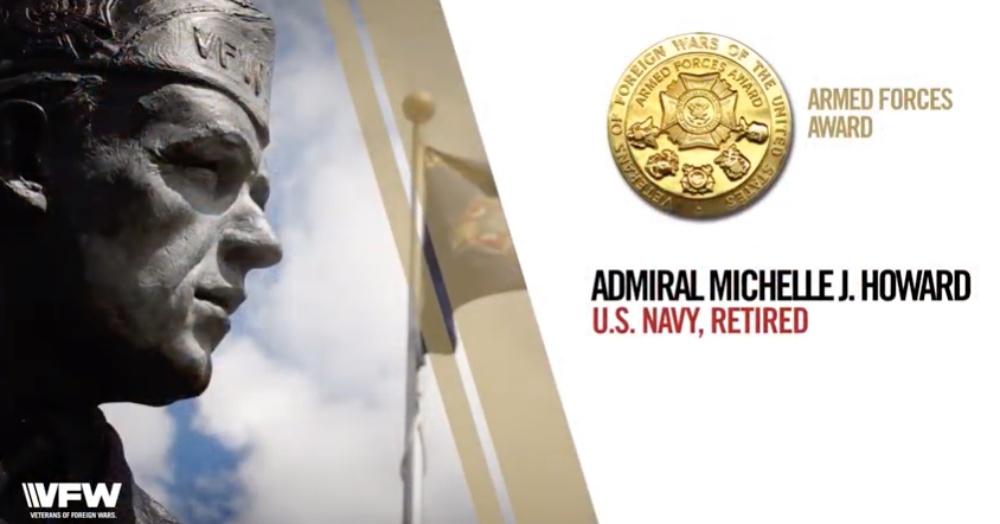 When you listen to Admiral Howard, I think you will agree with me that this woman is a genuine, true and humble patriot, a leader of uncommon strength, grace and intelligence. She has been held high on my hero list for some time now. 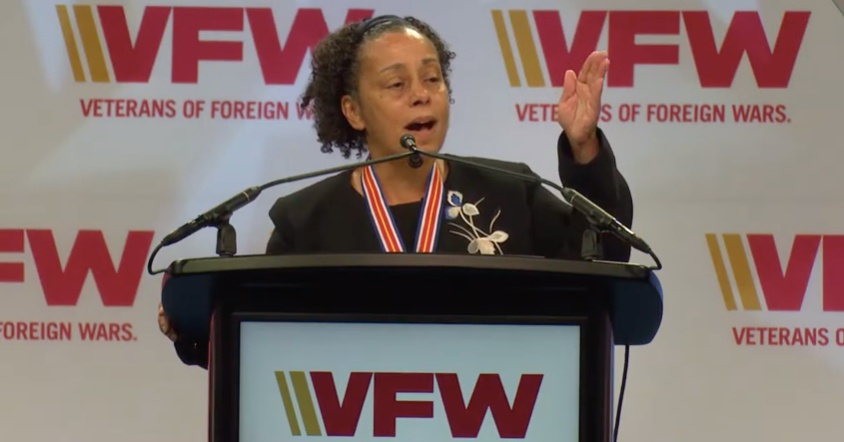 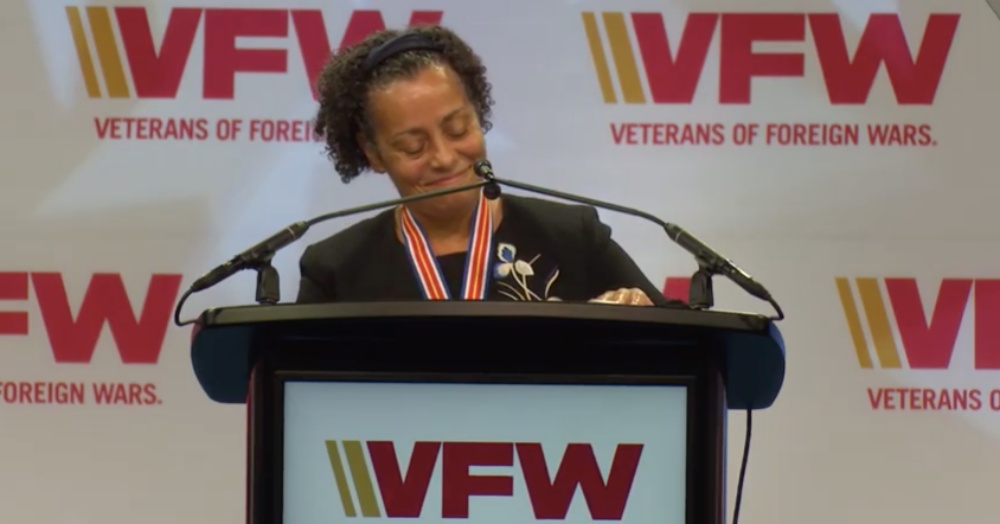 This Veterans Site honors the service of this great woman, leader and United States Navy four star admiral. Our respect and our thanks are freely and humbly given to Admiral Michelle J. Howard. We wish her Fair Winds and Following Seas in all that she will do in retirement now as a citizen among us.

Admiral Michelle Howard Was The First Woman In U.S. Navy History To Become Vice-Chief: Click “Next” below!

Are You Debt-Free? Did You Overcome Hardships? You Could Win $200