This video is of an award ceremony in honor of Sergeant First Class John Melson, an Army Ranger. This is one hell of a soldier who understands his duty to his fellow soldiers and to the mission in his bones. He is a soldier’s soldier and a model for all.

Melson had already received three Bronze Stars before this one. He also has been awarded two Purple Hearts, and several commendation medals for his time in the service and six deployments to combat zones.

This Bronze Star, his fourth, was awarded for his actions in Afghanistan on May 4-5, 2009. His actions that day resulted in the survival of ten of his Ranger team members and thirteen Afghan national policemen. This Bronze Star also bears the “V” device for valor. 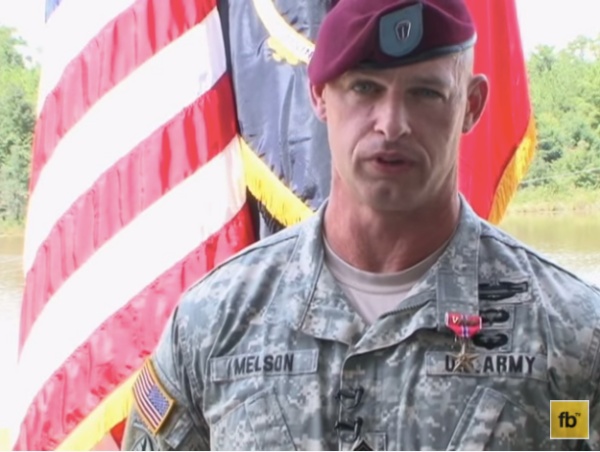 
On his sixth deployment to Afghanistan, Melson was serving with a ten-man Ranger team when he, his team and thirteen Afghan National Police were attacked by about 250 Taliban fighters. When the ambush opened up, Melson manned the .50-cal. machine gun on top of his Humvee and directed deadly accurate fire at several of the Taliban positions, taking them out of the fight. He did this while he and his people were taking heavy machine gun, mortar and rocket-propelled grenade fire directly at his vehicle and their position. 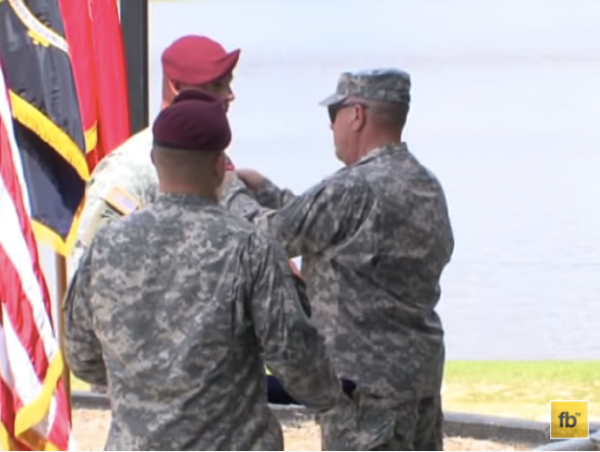 During the battle, the driver of Melson’s Humvee lost control and the vehicle fell off the road into a shallow irrigation canal. The Humvee flipped and started taking on water. At this time, Melson exited the vehicle and led efforts to get it upright, which saved the driver who had been trapped in it. The team was able to recover the vehicle. When this was accomplished, Melson took the .50-cal machine gun and once again provided concentrated fire on the enemy fighters. This gave the team time to get the vehicle back on the road and to drive out of the ambush zone. 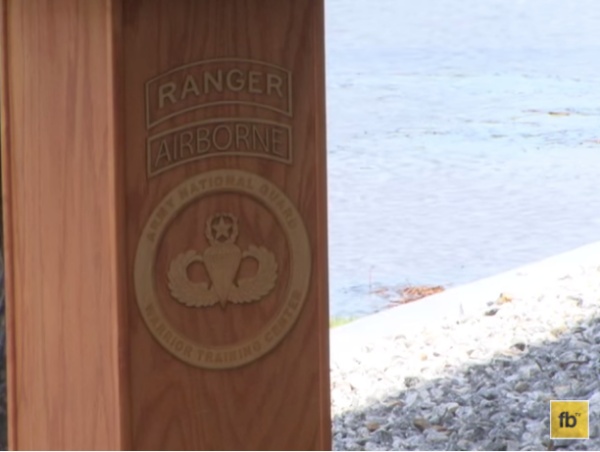 Melson is quoted in an article in Army News saying, “My entire career up to this point has been an amazing run. I know I must have a guardian angel, or God has a plan for me that I just haven’t figured out yet.” 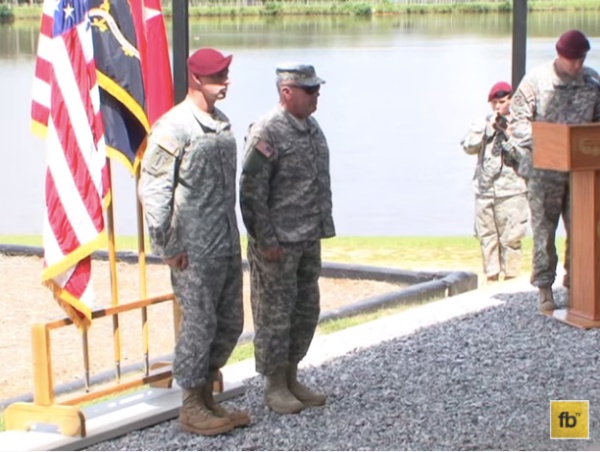 You will see Melson in this video and hear his comments. He is a humble man, but he clearly is made of Ranger stock. He is not finished serving yet, either.

The Veterans Site sends its sincerest respect and congratulations to Sgt. First Class John Melson on receiving his fourth Bronze Star. He has had an incredible career. Hoooah!

It’s Never Too Late: Vietnam Vet Awarded Bronze Star 48 Years After His Service: Click “Next” below!