When Robert Ingram graduated from high school in 1963, he was, like so many of us were, at a loss as to what he wanted to do. He came from a blue collar family and had some experience with construction and electrical work, but wanted something else.

Ingram enlisted in the United States Navy in 1963. When he was in boot camp he came down with pneumonia and was sent to the dispensary. While he was in the dispensary there was an outbreak of spinal meningitis.

As Ingram watched the Corpsmen step into action and carry out their duties, he decided he wanted to do what they were doing. So, he was able to get his MOS changed to Hospital Corpsman. 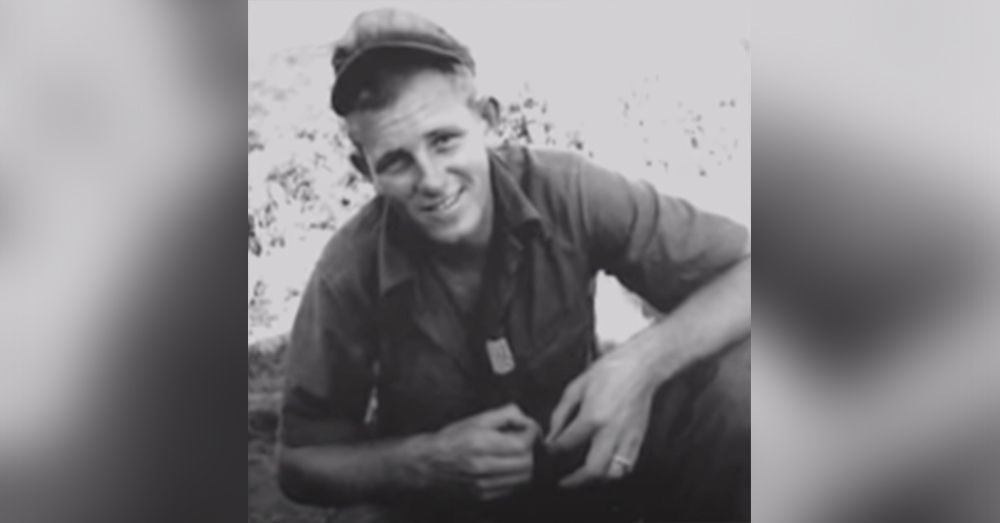 Source: YouTube/
Robert Ingram enlisted in the the United States Navy in 1963.

On March 28, 1966, “Petty Officer Ingram accompanied the point platoon as it aggressively dispatched an outpost of an NVA battalion.” The platoon ended up getting caught in a three point ambush by approximately 100 NVA. They were hit with a hundred automatic weapons in the opening moments of the ambush. All hell had broken loose. 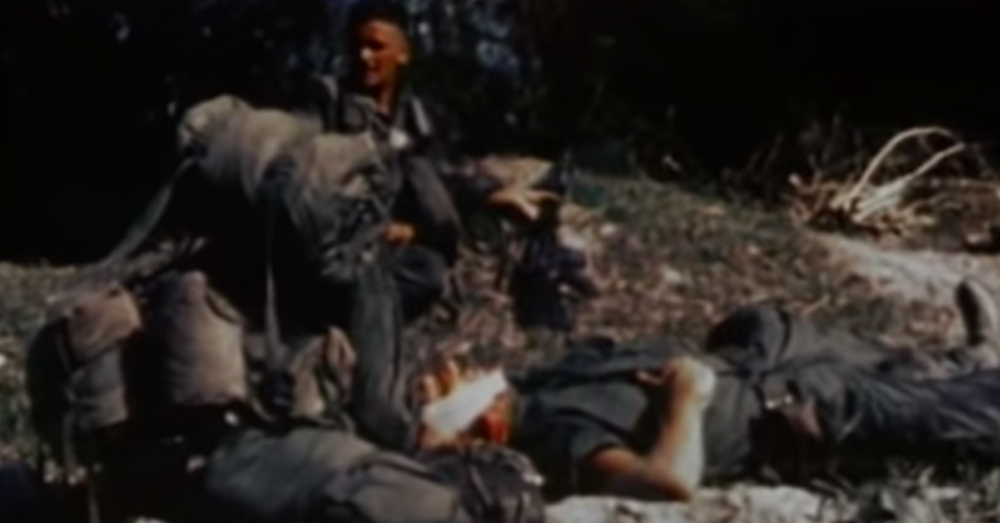 Source: YouTube/MedalOfHonorBook
Ingram served as a Corpsman in the Vietnam War.

Again from the MOH citation: “Oblivious to the danger, Petty Officer Ingram crawled across the bullet spattered terrain to reach a downed Marine. As he administered aid, a bullet went through the palm of his hand. Calls for ‘Corpsman’ Echoed across the ridge. Bleeding, he edged across the fire swept landsape, collecting ammunition from the dead and administering aid to the wounded. Receiving two more wounds before realizing the third wound was life-threatening, he looked for a way off he face of the ridge, but again he heard the call for corpsman and again, he resolutely answered.”

Ingram was not done yet. Though already wounded three times, he continued to render aid to his wounded Marines. While dressing a head wound on a fellow Corpsman, he was hit again. From 4 p.m. to just before sunset, Ingram, “pushed, pulled, cajoled and doctored his Marines,” disregarding his own painful wounds. He is credited with saving many lives through his actions that day. 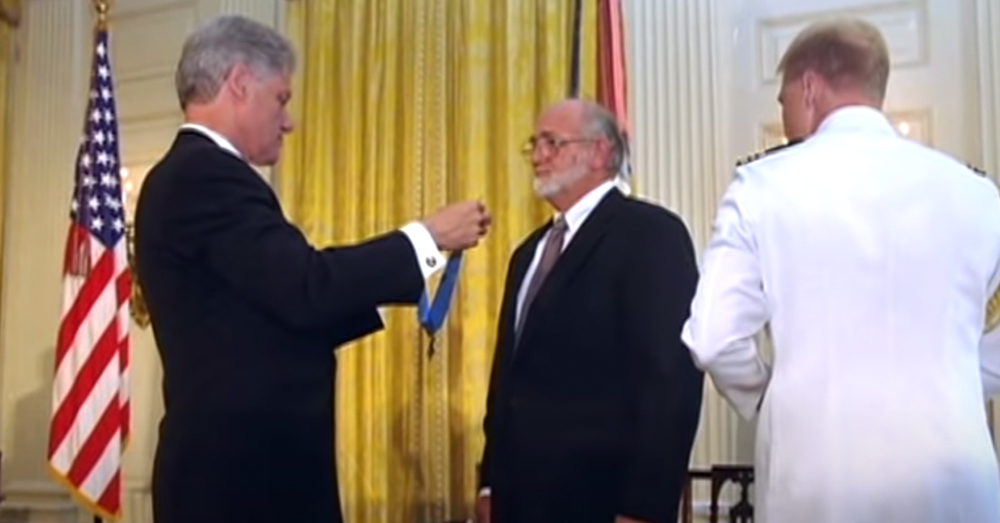 Source: YouTube/MedalOfHonorBook
Ingram was awarded the Medal of Honor when his actions were reviewed years later.

Ingram left the service in 1968 and became a registered nurse in a family practice in Jacksonville, FL.

Ingram had no contact with his Charley Co. Marines after that, until he received a phone call in 1995 from his former platoon leader. They would get together a few days later and the officer asked him what medals did he get for his actions that day. Ingram’s response was, “A Purple Heart.” This shocked his former platoon leader, who later got together with a group of other Charley Co. men. They pledged to do whatever they could to get Ingram recognized properly for his actions that day. 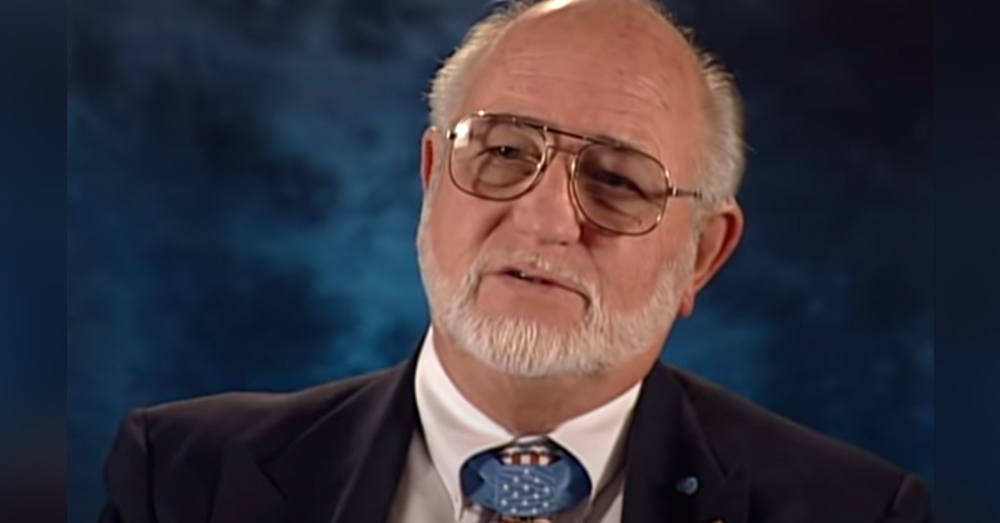 Source: YouTube/MedalOfHonorBook
This soft-spoken veteran was just doing what his men needed him to do.

Ingram was awarded the Medal of Honor on July 10, 1998 by President Bill Clinton in the White House. Twenty four of his Charley Co. brothers from that day were present to witness the award.

Ingram is a soft-spoken man as you will see in this video. His response to all of this was, “It’s what my men felt about me that makes the medal worthwhile.” On receiving his Medal of Honor he became the 5th Hospital Corpsman to have been awarded the MOH during the Vietnam War.

The Veterans Site sends it respect, honor and thanks to Hospital Corpsman 3rd Class, Robert Ingram. Your courage and dedication to serving the medical needs of your Marines under fire has added to the already storied history of the United State Navy Hospital Corps’ service in the Fleet Marine Forces.

Bill Would Extend Educational And Housing Benefits For Student Veterans Facing Unexpected Cancellations: Click “Next” below!

Is 2019 the Right Time to Move to Retirement Housing?