It begins for most in the middle of the night. They arrive on a bus at either MCRD Paris Island, South Carolina, or MCRD San Diego, California. Most are silent as the bus comes to a stop. All were anxious about what’s going to happen next. Then, a sharp, crisp, lean and intimidating Marine Drill Instructor (DI) boards and starts shouting orders to them and they suddenly know that they “aren’t in Kansas anymore.”

The shouting and the orders come at them in a stream of stern commands. The first they remember are the yellow footprints that they are commanded to stand on to form their first awkward formation. At this point they are still civilians, still dressed in their usual multi-varied attires, sporting a variety of hairstyles. They are individuals. They are about to learn that that understanding of themselves is going to change. 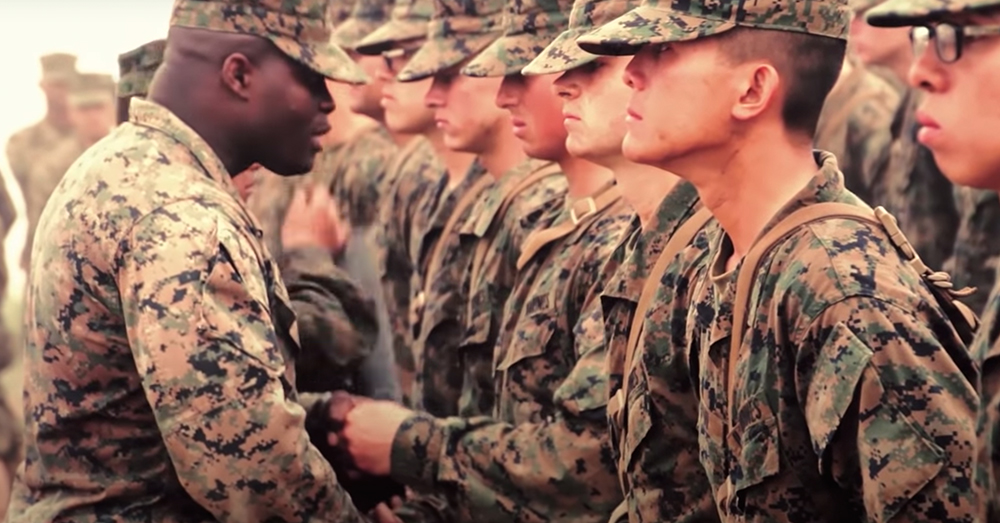 The weeks of boot camp begin and they are shouted and herded around in their individual boot companies, morning, noon and night. They have to learn how to wear their uniforms, how to follow the hundreds of rules and regulations, how to march in unison, and to follow the multiple commands for various formations and movements as a single, cohesive unit. They are run though gauntlets of exercises, long marches and runs, learn how to fight to win, and to never give in, give up, or quit.

All of this is designed to strengthen them both physically and mentally. 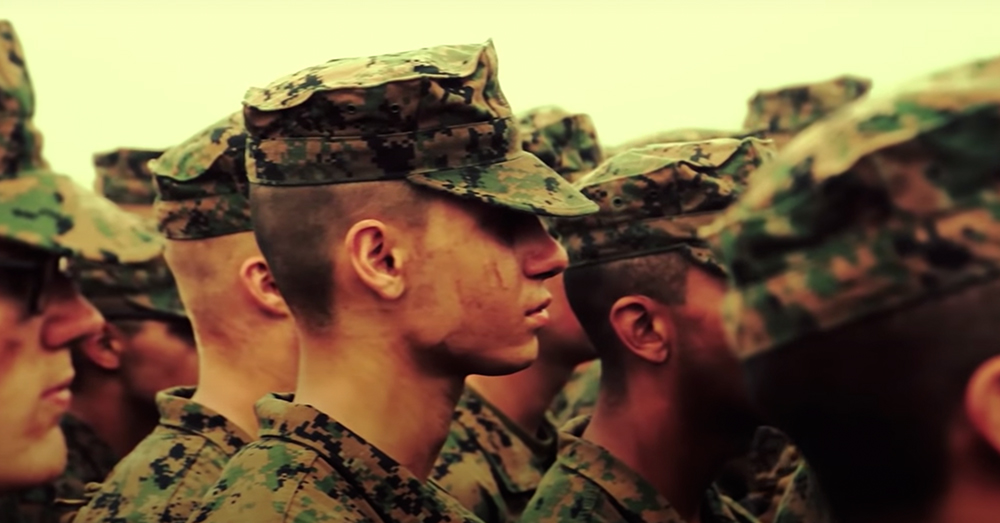 Source: YouTube/WGN RADIO VIDEO
The recruits are put through a grueling 54-hour test of commitment.

Those who have been through it never forget it. At the end of the weeks of Boot Camp comes the final test of physical and mental endurance. It’s called, “The Crucible” for a reason. It is a 54-hour-long test of constant movement, carrying fully loaded packs and their weapons, where they apply all the skills that they have learned during the long weeks of boot camp recruit training.

Toward the end of the 54 hours, though on the verge of total exhaustion, each recruit company is no longer a hodge podge of individuals but has become a cohesive unit, acting in unison, each member helping and encouraging the another. This becomes ultimately important as they enter the last brutal element of The Crucible. Starting at 2:30 a.m. they gear up and begin the final test, a grueling 9.7-mile climb up a 700 ft. mountain called, “The Reaper.” 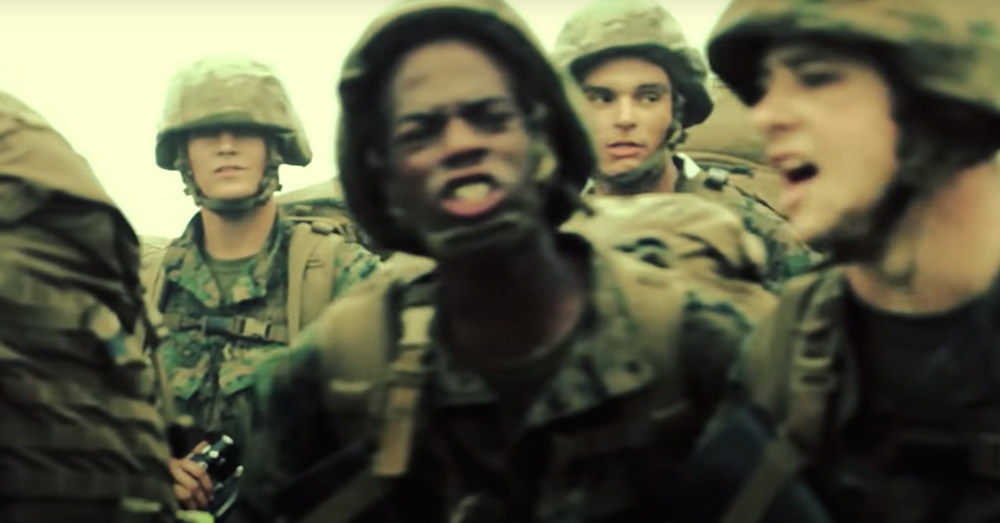 This video gives you just a small taste of that as each of these recruits are given their “Eagle, Globe and Anchor” (EGA) during the final ceremony of The Crucible. You will see in their muddied, sweat-soaked faces of each of these young men a deep and abiding sense of accomplishment. But you will see something more there too, a profound sense of pride. They all know that they are no longer mere recruits, but that they have become something quite unique and rare, a United States Marine. 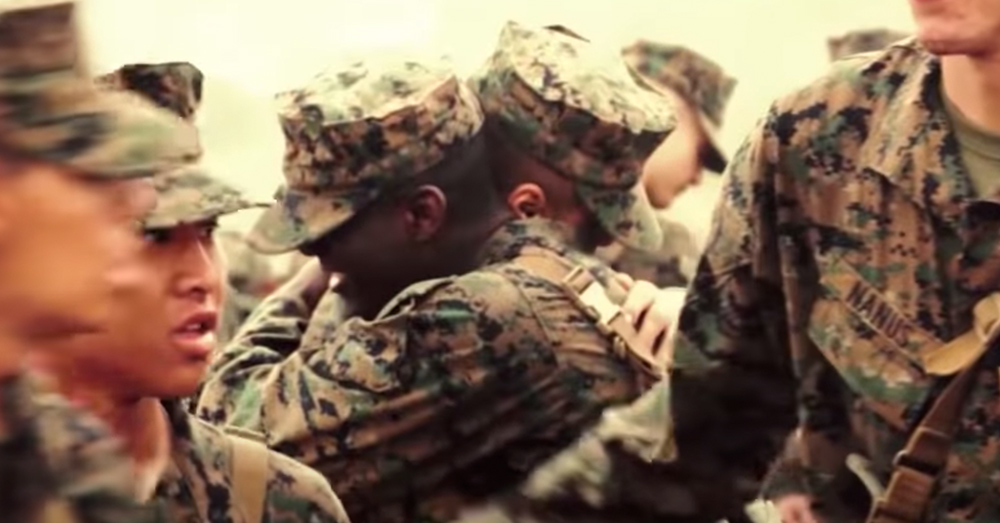 Source: YouTube/WGN RADIO VIDEO
After the Crucible, these men and women can call themselves Marines.

This video reveals something of why Marines are different. They really do become part of a long and noble history, they become Marines body, blood and soul. You may get a sense of why they proudly say, “Once a Marine, always a Marine.”

“Semper Fidelis” (Always Faithful) is not just a motto, its a lifetime commitment. They really are “Fratres Aeterni” (Brothers Forever).