Most people have heard about the Khe Sanh Marine base and the siege that took place there from January to April of 1968 as part of the NVA’s Tet Offensive. But most may not be as familiar with the hill fights that took place at that same time around Khe Sanh.

There were several hills to the north and west of Khe Sanh that were defended by various Marine Corps units. These included Hill 1015, Hill 950, Hill 558, Hill 861, and Hills 881 North and 881 South. During the siege at Khe Sanh those hills were hit by large units of NVA and each of them has their own harrowing stories to tell. This video is about the Marines who occupied and defended Hill 881S and their beloved leader, Capt. William Dabney.

Dabney commanded India Co. 3rd Bn, 26th Marines. There were about 400 Marines on top of that hill and they fought, like so many others on the other hills, with magnificent courage and determination. Dabney who commanded India Co. as part of that regimental outpost narrates their story in this video and you can see that he is one cool-headed individual. Dabney demanded excellence of himself, and expected it in others. And his Marines responded to that with valor on top of Hill 881S. 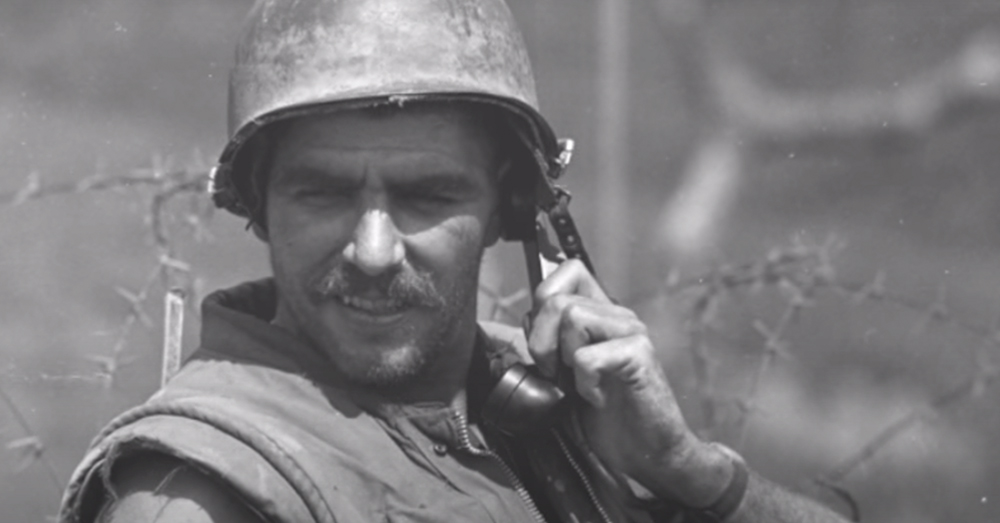 
During the Tet Offensive siege, Hill 881S was surrounded and attacked constantly by and estimated regimental size force from the NVA’s 325C Division. They were coming into South Vietnam from the west and the Ho Chi Minh Trail. They had to go through Hills 881N and 881S to get to the base at Khe Sanh.

India Co. was missioned with occupying and defending Hill 881 S. They had marched overland to do that in December 1967. For the next month they patrolled around that area aggressively. 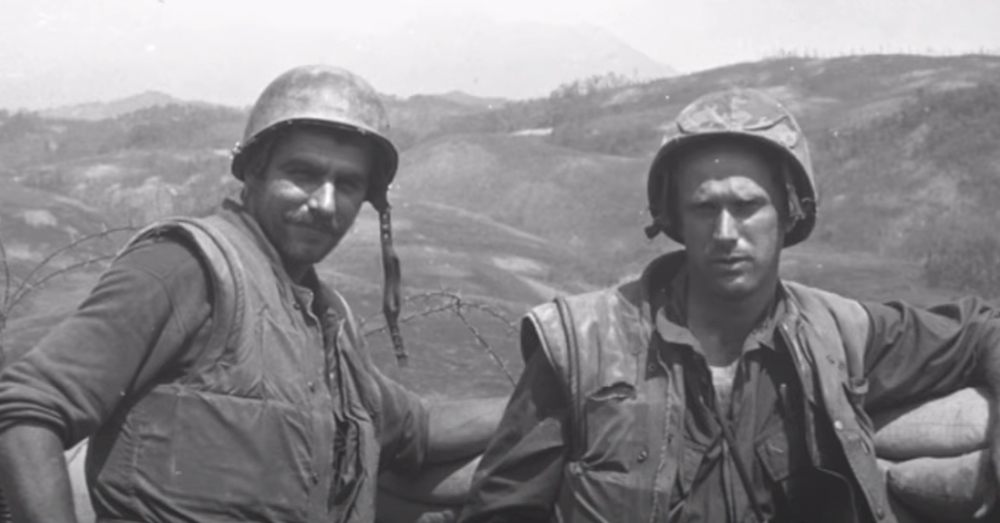 Source: YouTube/VirtualNMMC
Dabney and his team were pinned down in the hills by NVA during the Vietnam War.

In January, one of the patrols found the NVA in huge numbers and they pulled back to the hill top and buttoned down for what they knew would be coming next. They came under attack constantly by NVA mortars and sapper attacks for the next 77 days. They had to be constantly re-supplied by helicopters with food, ammunition and replacements.

They were kept well supplied by those helicopters, though it was mortally dangerous for them. During the first 30 days of the battle on Hill 881 S, seven helicopters were lost, shot down by the fierce NVA small arms, machine gun and mortar fire. Dabney tells that story here too. Still they brought in what was needed, even replacements and removed the wounded. Dabney says that he had to assign men at the LZ to tackle the newbies coming off those choppers. He says they “tended to act like tourists”, standing up and looking around as they got off. That was something you shouldn’t do on Hill 881S. 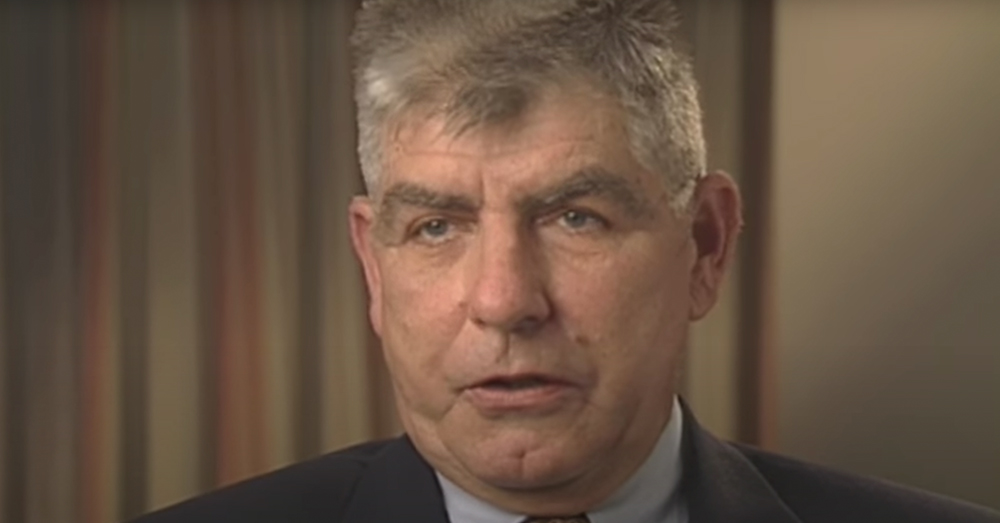 Source: YouTube/VirtualNMMC
Dabney was awarded a Silver Star for his actions and leadership on Hill 881S at the time, but that was upgraded to the Navy Cross in 2005.

Dabney tells the story with a dry wit. But you can tell how he feels about the Marines he served with. He says toward the end, “These were awesome men. I can tell of nothing I treasure more than the honor of leading those magnificent me under fire.”

Dabney served active duty and reserve for 36 years. He was awarded a Silver Star for his actions and leadership on Hill 881S at the time, but that was upgraded to the Navy Cross in 2005. He also received 2 Legion of Merit awards, 2 Bronze Stars, the Purple Heart, 2 Defense Meritorious Service Medals, the Combat Action Ribbon, and the Republic of Vietnam Gallantry Cross. 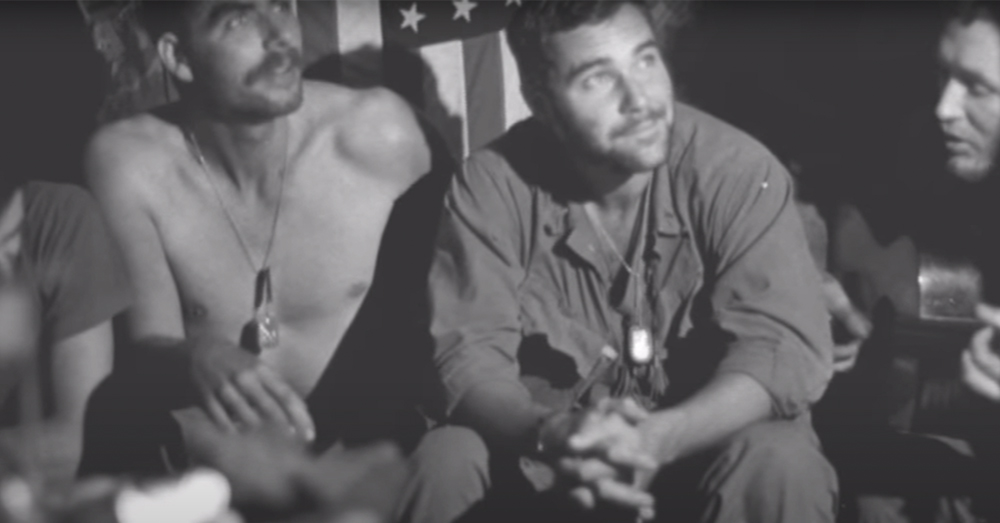 Source: YouTube/VirtualNMMC
Capt. Dabney had the utmost respect for his men.

The Veterans Site honors the memory of this great Marine and thank him and all those who served with him and under him on Hill 881 S during the siege at Khe Sanh in 1968. Semper Fi! OooRah!

We’ll Return to (Congressional) Action after These Brief Words