Family photos are something that are cherished by many families.

It can be quite challenging to get the family all together at one time for a family photo.

This fairly large family seemed to have met the challenge of doing with the exception of one that was missing. 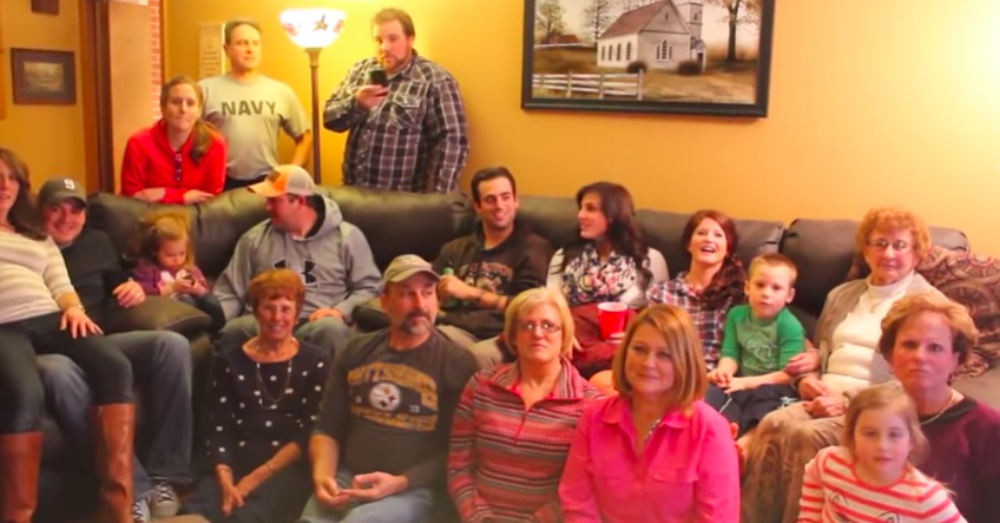 The photographer whoever it was told the group they looked good and the only thing that could make this picture any better…then a young lady sitting in the center seat of the couch chimed in “if Nate was here” and the photographer repeated the words.

She no sooner got the words out of her mouth, when a male came around the corner. 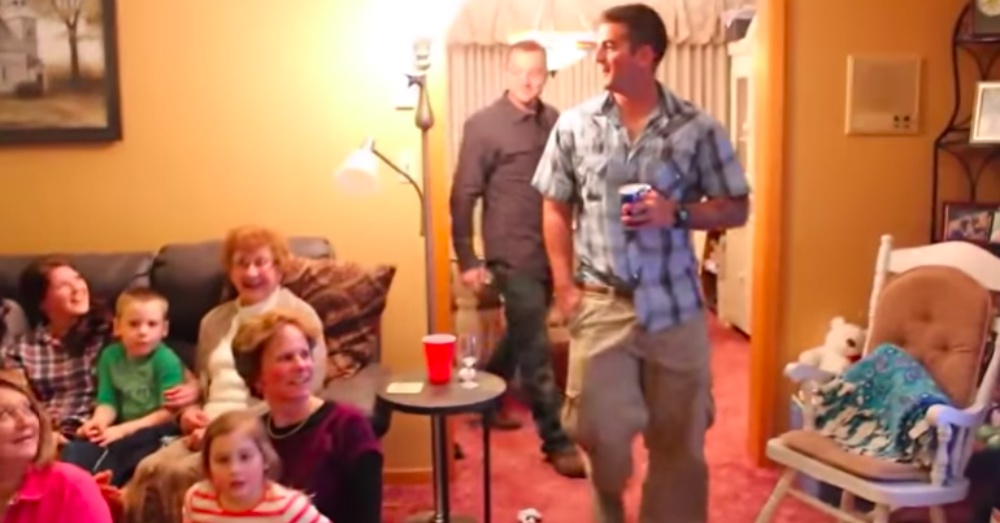 The same young woman who had been sitting on the couch and had mentioned Nate, tossed the pillow that she had been holding. She was trying to fight her way through everyone that was sitting on the floor to get to the fellow who had just entered who was obviously Nate. 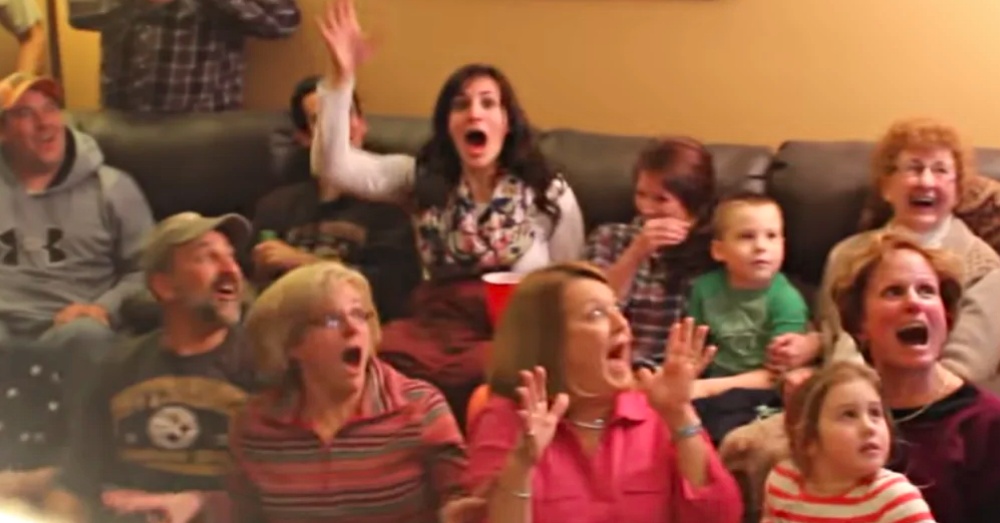 The young lady who was trying to get to Nate was overwhelmed as she stood covering face and appearing to cry a river of tears. 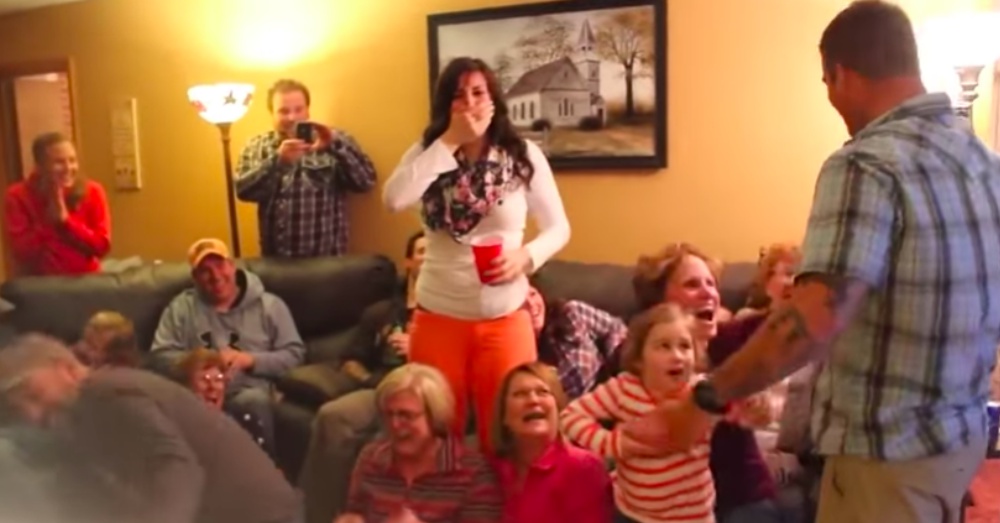 There wasn’t one person that was going to be in the photo that didn’t look like they were blown away.

The screams of many of the women all joined together in one chorus showing their pleasure that this young soldier was home. 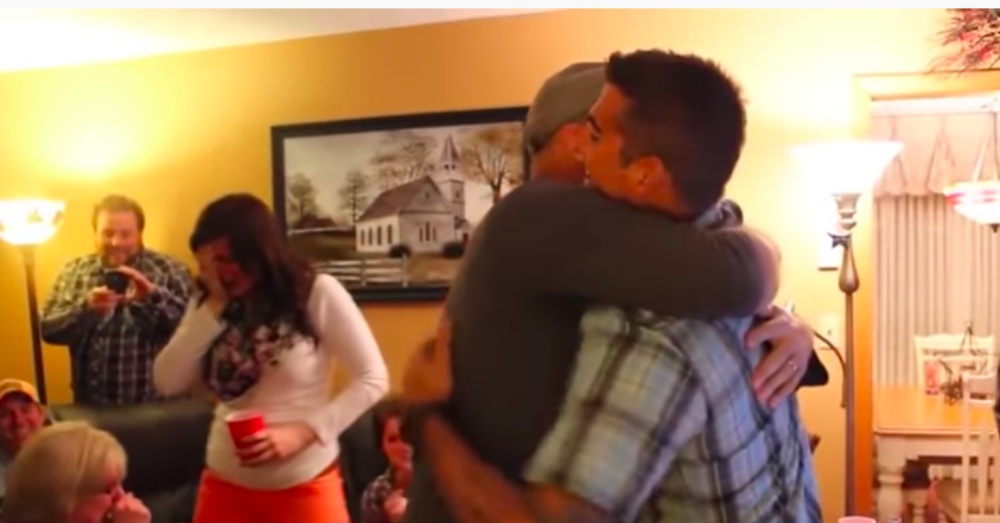 The visuals were a combination of smiles and tears as there didn’t seem to be a dry eye in the entire video.

It was a toss-up as to who was going to get to hug Nate first. He himself looked a little bewildered as to who to reach out to first. The first hug came from one of the other males in the room who had been seated on the floor for the photo shoot.

His only comment other than the laughter from the joy of the moment was to tell the rest to stop crying. 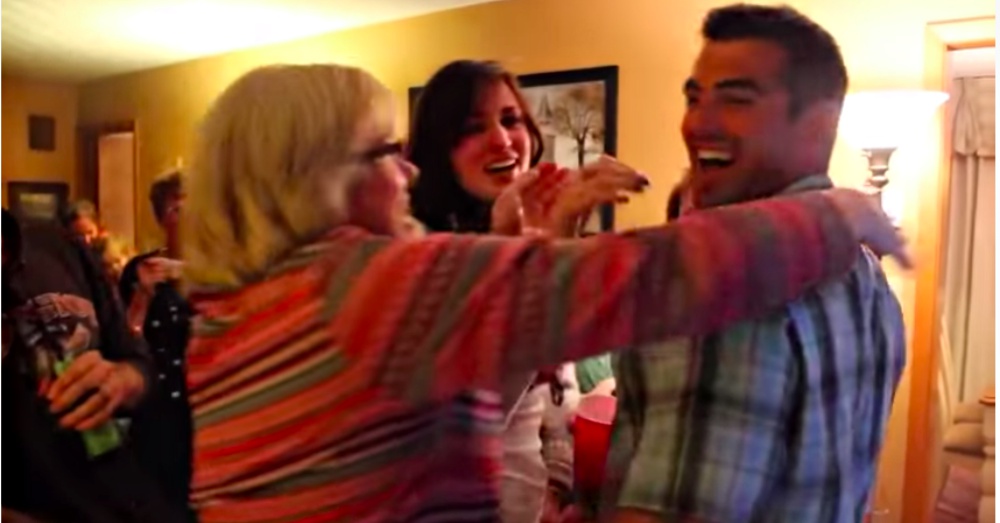 There were so many hugs and kisses to be handed out that some of them became group hugs.

A Whole Gambit of Emotions

This unexpected appearance of Nate brought forth a whole gambit of emotions from smiles to laughter to exclamations of surprise to tears of happiness.

What Will Happen Next

The video of Nate’s appearance doesn’t go on to show what happened next but it can be assumed that eventually the family photo will eventually be taken.

When it does it will no doubt be extra special for everyone that is in it. For years to come when this photo is looked at the story of the homecoming will be retold to those who are gazing upon it.

Photos are meant to preserve memories and when they are extra special like this one it only shows how valuable family gathering can be and the opportunity to memorialize them should be taken advantage of.

Truly a happy moment and one that brings to the memory of all those who are serving overseas and don’t get the opportunity such as this very often.