Dressed in his Army uniform, a camera focused on his face, World War II veteran Lt. Col. Sam Sachs told his friends and family that his 105th birthday party had been canceled.

The April 26 celebration was sidelined by the coronavirus outbreak. Travel restrictions and social distancing recommendations meant that Sachs might be celebrating alone at Mom & Dad’s House, a senior living home in Lakewood, California, near Los Angeles.

“I was going to have a birthday party for my 105th birthday, but the virus took charge and that was canceled,” the veteran said. “I was in the service during WWII, a member of the 82nd Airborne Division 325th Glider Infantry. We landed on the morning of D-Day in Normandy to liberations France and Europe. Now that this has been canceled, I am sending this out to all of you…to send me a birthday card to take the place of what should have happened at the birthday party. 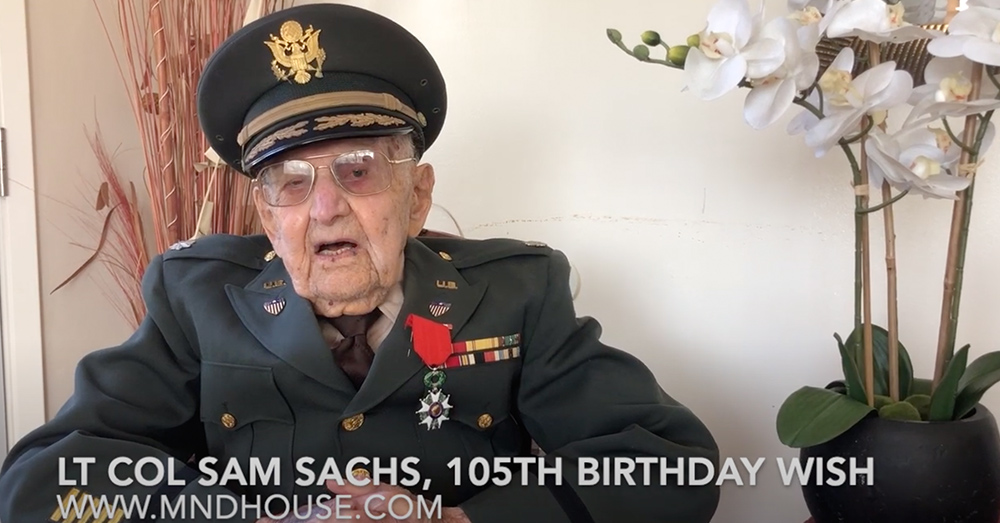 Source: YouTube/Mom and Dad’s House
WWII veteran Sam Sachs wondered how many birthday cards he would receive after the coronavirus pandemic shut down his plans.

“I am wondering how many birthday cards I will get. I hope I get many of them. I am also asking our president to send me a birthday card. What a thrill that would be.

“How many cards willI get?” Sachs asked. “How many people will see this video?”

Over the next few weeks, Sachs found answers to those questions. By his birthday, he had received at least 6,200 cards from across the country, the LA Times reports, with stacks upon stacks still waiting near his mailbox. “Sam Sachs 105 BDAY Wish” garnered nearly 8,000 views in the same period since it was first posted to YouTube by Mom and Dad’s House. A closer look might show at least one of those views coming from mobile phone near 1600 Pennsylvania Ave. in Washington, D.C. 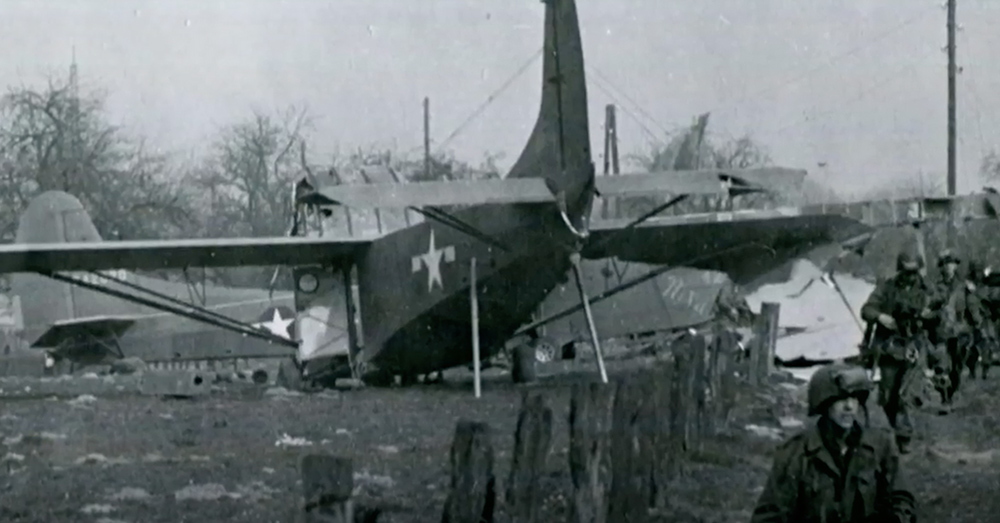 
When the big day arrived, Sachs was treated to an impromptu parade that ran by the veteran’s home. For nearly an hour, the centenarian smiled and waved to the procession of well-wishers in classic cars draped in red, white, and blue; trucks; motorcycles; and nearly a dozen Los Angeles County sheriff’s vehicles. A county firetruck made an appearance, blaring its siren to Sachs’ delight, while the sheriff’s helicopter performed a fly-over.

“It’s a marvelous feeling, yes, really,” Sachs told the Times. “The emotions are running so high … It just doesn’t get any better than this. It’s just unbelievable. This is a dream.” 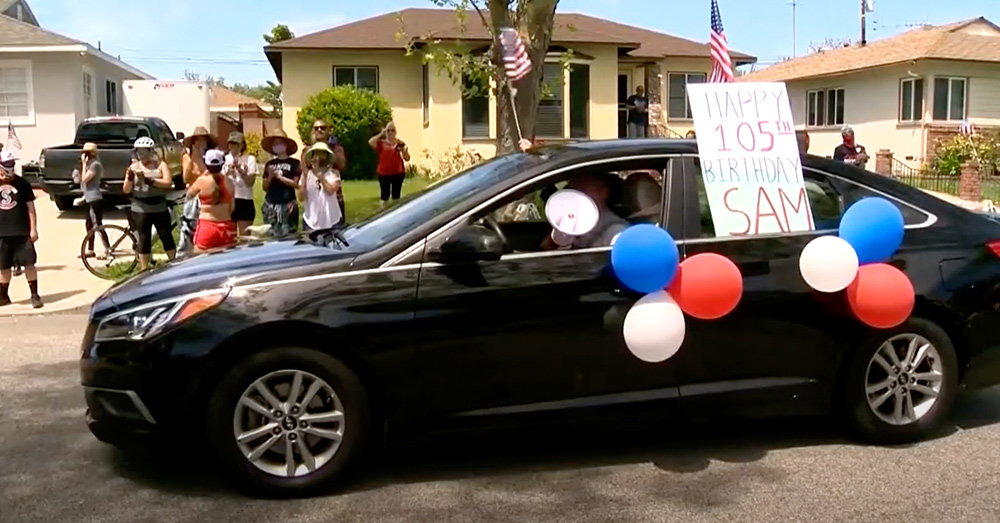 Source: YouTube/KOLR10 News
On his birthday, Sachs was treated to a parade about an hour long.

Thanks to volunteers who arrived earlier in the day, Sachs’ front yard was festooned with flags. A giant poster of the veteran was hung from his garage door. Along the sidewalk, dozens of other friends and family members gathered at a safe distance to celebrate.

“I just can’t believe it. I can’t believe all this is happening. Gee whiz!” Sachs spoke at the parade from his front yard. “Thank you, folks. Thank you for making my day. I had no idea what to expect … This is magical.” 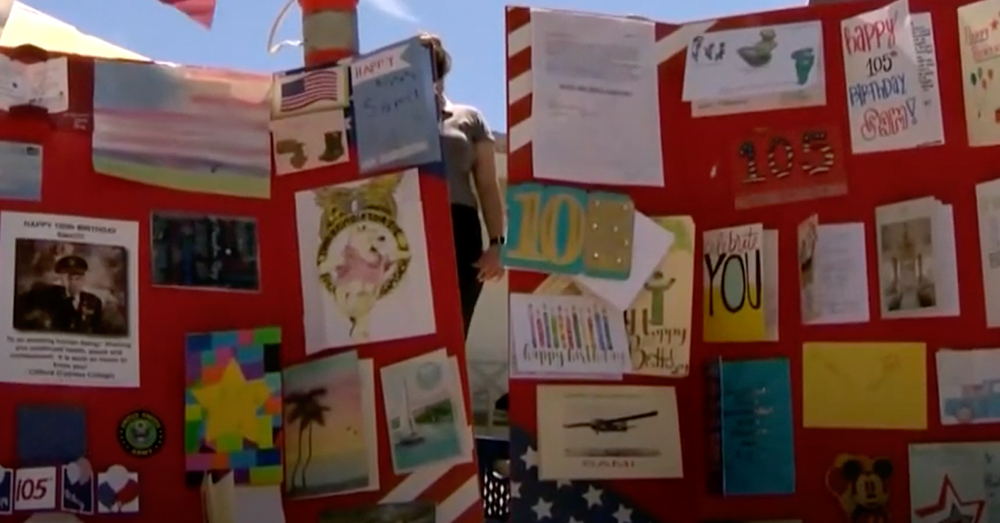 Source: YouTube/KOLR10 News
Sachs received thousands of cards from around the U.S.

Despite the unexpected change in plans, Sachs’ 105th birthday party was a memorable celebration. Each of his birthday wishes came true, too. A letter and a photo from president Donald Trump congratulated Sachs on a “tremendous milestone” and “dedicated service to our country during World War II.” The letter was accompanied by a framed flag, which several members of the Army National Guard personally delivered. 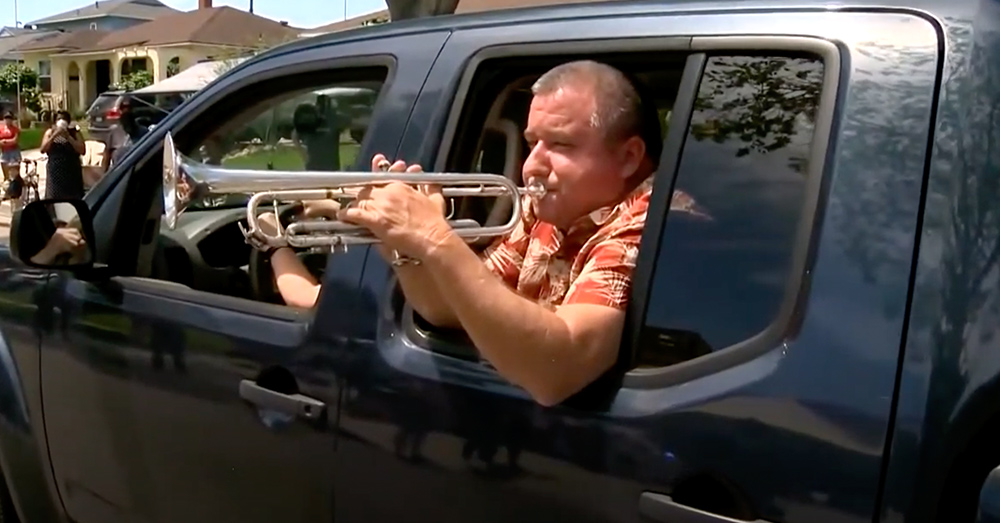 See how this birthday party turned out in the video below.