Fifty five years ago the War in Vietnam came to an ignominious end. The streets of Saigon were engulfed in chaos. The human drama that took place at the American Embassy that day, April 29-30, 1975, was like a scene out of Dante’s Inferno.

The North Vietnamese were on the outskirts of Saigon. They attacked the South Vietnamese airbase at Tan Son Nhut on the outskirts of Saigon in the morning. Any remaining Americans and their families were waiting for the signal to evacuate, but instead of an organized evacuation, it became a desperate rush by the American families, Americans who had married Vietnamese women, their children, and thousands of Vietnamese military and their families, as well as Vietnamese who had worked with the South Vietnamese government, or with the Americans, and the remaining news media personnel, rushed the American Embassy compound in huge numbers and jammed themselves up against the security gates and walls of the U.S. Embassy. Each was desperate to get onto the last helicopters leaving Saigon. 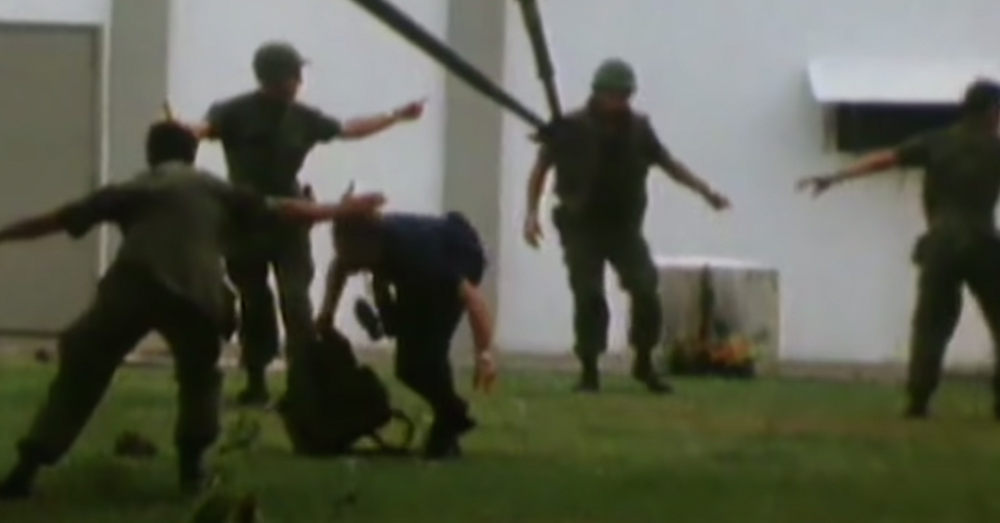 Source: YouTube/CNN
Marines direct the remaining Americans to a helicopter on a roof.

The scene was one of great fear and desperation. The chaotic evacuation went on for hours. Hundreds of helicopters were engaged in the efforts. This video is of two of those pilots, Tony Coalson, a civilian Air America pilot, and Marine Col. Gerry Berry who discuss what they saw, did and felt throughout that chaotic day. Col. Berry was the pilot who flew the last helicopter off of the roof of the CIA building next to the Embassy in that famous picture. He had been missioned with getting the American Ambassador out of Saigon that day, but the story ending up not being so simple.

It would have more twists and turns to it than a knotted shoelace. 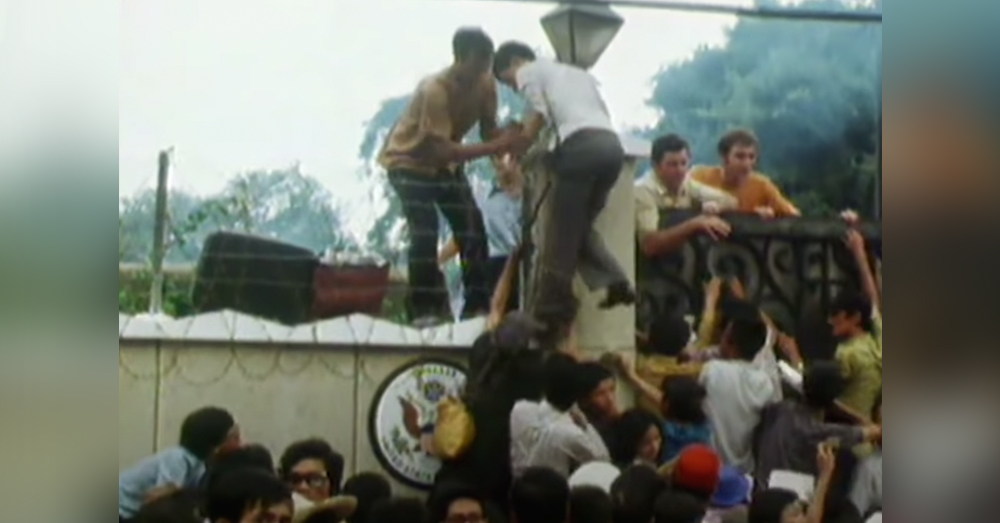 This day was a sad day for we Vietnam veterans. When Saigon fell, it was like a gut punch to those of us who had fought there. It only added to the negativity we all experienced on coming home from that war.

The American military involvement had ended in January of 1973 after the peace agreement that had been signed in Paris. Most American forces came home at that time, leaving only some advisors and the Marine Embassy Guard details. As history shows, the North Vietnamese broke the peace agreement and began their final conquest of South Vietnam and America backed off of its promise to support the South with weapons and supplies.

The last helicopter out of Saigon picked up the last of the Marines of the Marine Guard detachment at the embassy on April 30, 1975.

It is hard to imagine the mix of feelings those Marines and that pilot must have had running through their minds on that day. But that day became a part of history and this is what it looked like.

The Veteran Site honors and thanks all those who served and who fought so gallantly during the Vietnam War. You were rarely, if ever thanked, and, all too often, you came home to be treated with derision and anger. But like your fathers’ generation, you came home, took up your lives and made immense contributions to your families, your communities and to the country.

We say to all of you, “Welcome Home!” We will never be able to thank you enough.