The Military Religious Freedom Foundation has a problem with the Nazi swastikas engraved in headstones in two federal veterans cemeteries, calling them “shocking and inexcusable.”

The swastikas mark three graves at the Fort Sam Houston National Cemetery in Texas and Fort Douglas Post Cemetery in Utah. According to Military Times, the unclaimed remains of several dozen enemy troops were interred at both cemeteries after World War II, including prisoners of war from Germany, Italy, Japan and Austria.

Most of these graves bear the name and death date of the foreign soldiers buried there. The three with the swastikas also bear an inscription in German, which translates to, “He died far from his home for the Führer, people and fatherland.”

The headstones were approved by US Army officials when they were first installed in the 1940s. They have since been under the management of the department of Veterans Affairs and the National Cemetery Administration.

Not everyone feels this is appropriate.

“Secretary Robert Wilkie must immediately replace the gravestones of all German military personnel interred in VA national cemeteries so that abosultely no Nazi-era symbols … will ever again be allowed to appear on such gravestones,” said MRFF chair Mikey Weinstein. 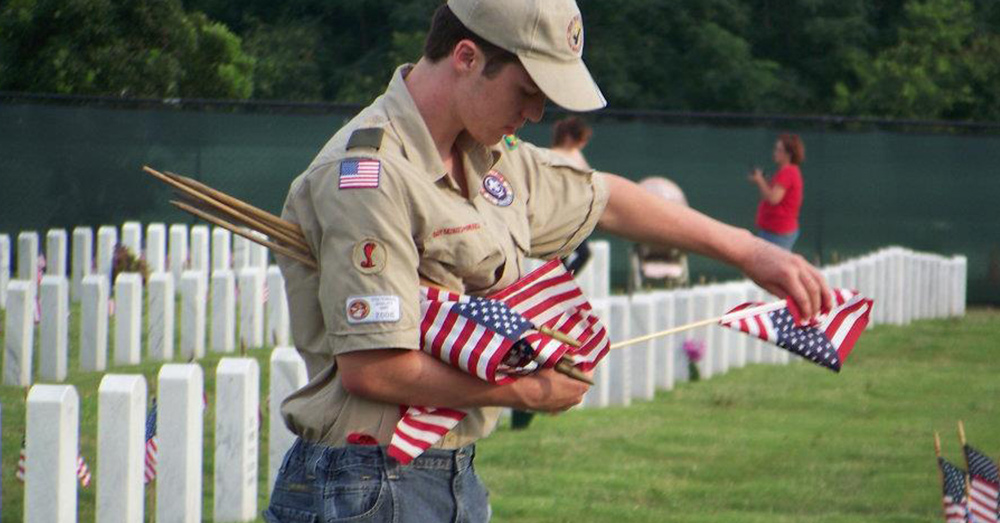 
As Salon reports, Weinstein is a former military officer himself, a Jewish American, and a relative of victims of the Holocaust. He encountered the gravestones while visiting the grave of his grandfather, who drove an ambulance during World War II.

“There are Nazis here today, and they could gather around these symbols. You know, ‘Here are the martyrs that died for our cause,'” he told Salon. “It’s an outrage.” 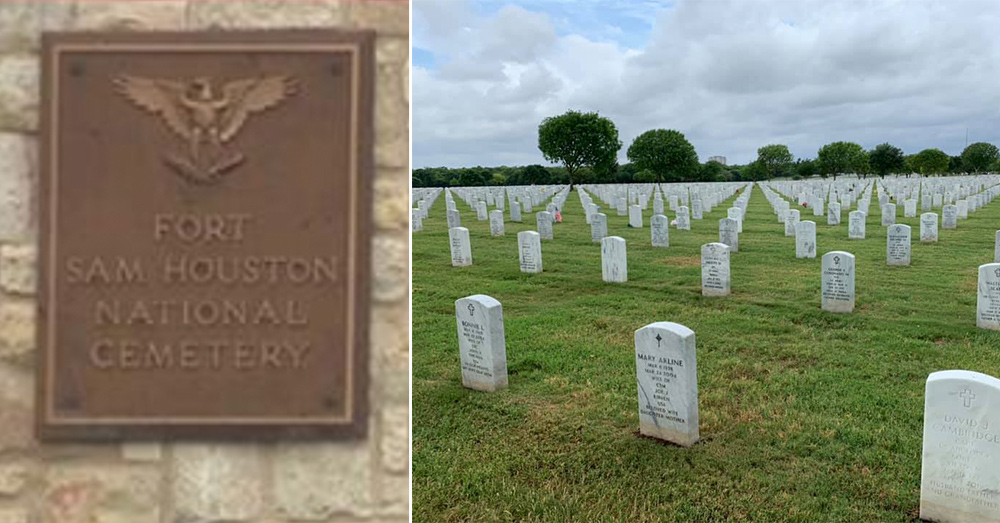 The bodies of Nazi war criminals hanged at Nuremberg were cremated and set adrift in the Iscar River, Salon reports, to avoid memorializing their cause. Weinstein and the MRFF have demanded that the V.A. offer an apology for installing these gravestones, along with an explanation why US taxpayers were saddled with the bill.

“In light of the shocking and inexcusable existence of these Nazi-adorned gravesites in V.A. National Cemeteries, MRFF demands that you, Secretary Wilkie, issue an immediate and heartfelt apology to all United States veterans and their families,” Weinstein wrote to the V.A.

National Cemetery Administration spokesman Les’ Melnyk has since responded to the letter.

“V.A. is aware of three headstones – two at Ft. Sam Houston National Cemetery and one at Ft. Douglas Post Cemetery – that include these symbols.

All of the headstones date back to the 1940s, when the Army approved the inscriptions in question. Both Ft. Sam Houston and Ft. Douglas cemeteries were subsequently transferred to the VA’s National Cemetery Administration, in 1973 and 2019, respectively.

The National Historic Preservation Act of 1966 assigns stewardship responsibilities to federal agencies, including VA and Army, to protect historic resources, including those that recognize divisive historical figures or events. For this reason, VA will continue to preserve these headstones, like every past administration has.”