We speak of luck often in life, but what it is, is often beyond words. It is more often than not an inexplicable part of reality; it just happens.

There are extreme examples of luck that simply stand as “mystery,” things that happen for no apparent reason, but that turn out to have extraordinarily positive effects on a life. Sometimes luck seems to have a broader, more general character that is realized only when one looks over the length of one’s life. Both kinds are involved in this story.

According to a recent article in the Seattle Times, Harold “Lucky” Bourgoin, “never liked the name Harold, Lucky just fit.” And the nickname certainly does “fit” as you will soon read here. Lucky Bourgoin’s life was full of it and he accepted it all with down-to-earth humility. 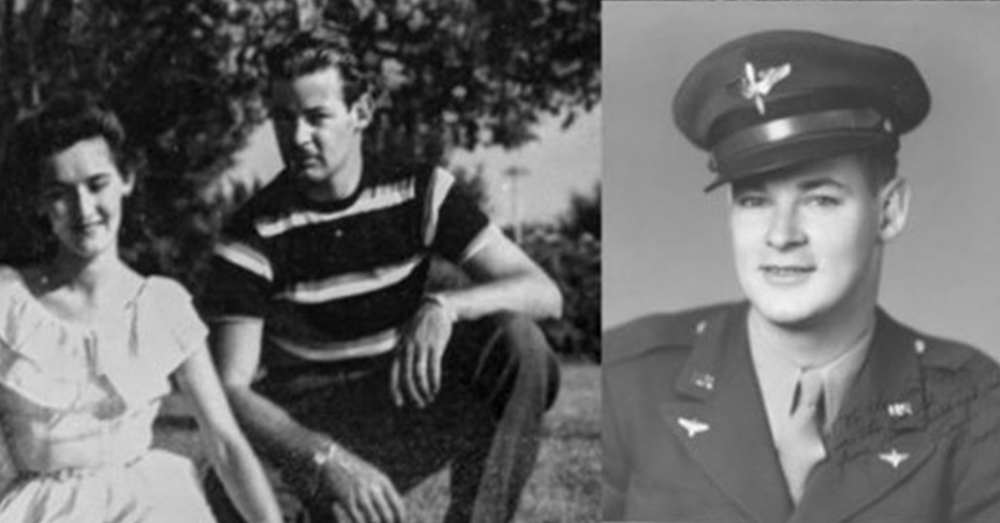 Source: Facebook/War Is Boring
Harold “Lucky” Bourgoin joined the military after Pearl Harbor was attacked by the Japanese.


Bourgoin’s father died in a car accident when he was 13 years old. A while after that, the young Bourgoin was hanging out with friends in a quarry in St. Louis, Mo. when he was suddenly struck by a random, stray, .22 cal. bullet in the back of the head. He said that no one was around and no one knew where it came from or who fired it, but that it must have been fired from a long way off.

On the one hand such an event could be understood as an example of being in the wrong place at the wrong time, otherwise known as “bad luck.” On the other, Bourgoin survived an incident that could have turned out much worse. Though the bullet remained lodged at the base of Bourgoin’s skull at the back of his head for the rest of his long life, it never stopped him from doing anything.

When Pearl Harbor was bombed on December 7, 1941, Bourgoin was 19 years old. He joined the United States Army Air Corps as an aviation cadet. He went through flight school and was eventually stationed with the 376th Heavy Bombardment Group and flew 52 missions over Italy, Romania, Austria and Germany, according to the Seattle Times article. 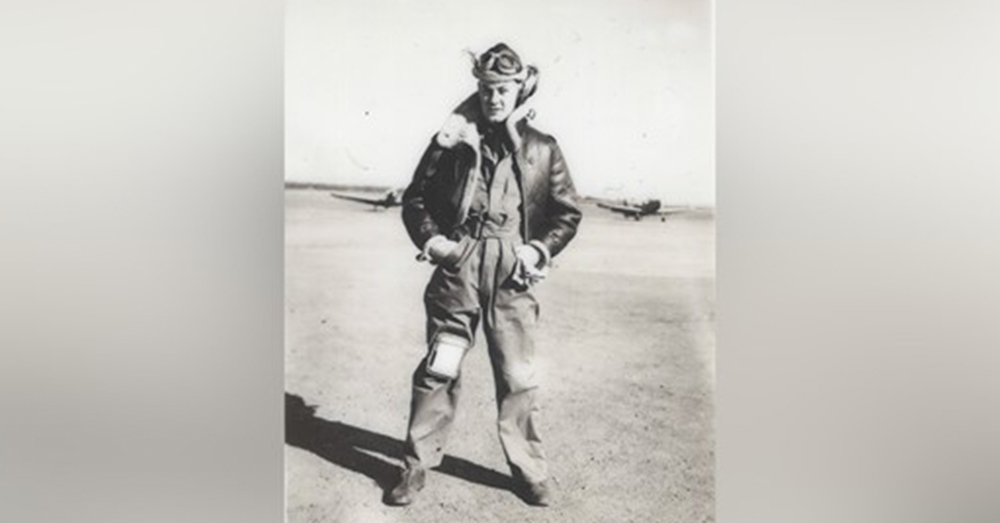 On one of those missions, he was acting as the navigator of his B-24. They were on one of the heavy bombing raids to destroy the Ploesti Oil Fields in Romania. He described to the Seattle Times reporter that the German fighter planes came in low and on that one mission, “We lost more planes in that action than in any other action in WWII.”

Bourgoin was hit and severely wounded by shrapnel from an exploding cannon shell from one of those German fighters. With the number of bombers and crews that were lost over the length of that war, all those who survived can truly count themselves as “lucky.” In fact, according to Bourgoin’s son, Dan, whenever his dad was asked about the war, his usual response was, “People talk about guys who went to WWII as being heroes. The heroes were the guys who didn’t come home, and the rest of us are just ordinary guys put in extraordinary circumstances.”

Bourgoin made a career of the Air Force and served on active duty through the Korean War and Vietnam. He retired from the Air Force a much decorated Lt. Colonel in 1965. According to the Seattle Times, he flew B-29s in the South Pacific on the nuclear test missions. During the Cuban missile crisis, he flew 24 hour airborne alert missions in B-52s out of the Air Base in Guam. By the time he retired he had logged over 11,000 flight hours in B-52s as pilot, navigator, bombardier and as an instructor. 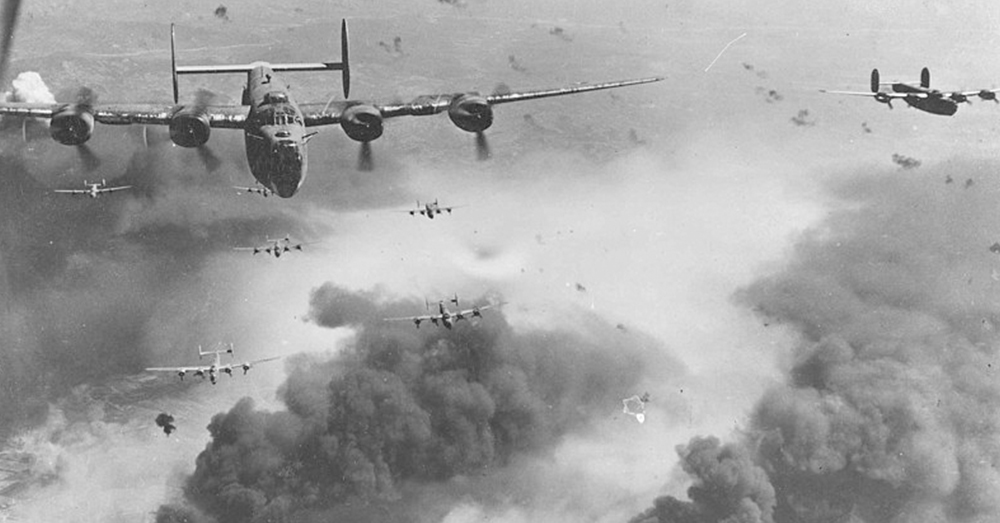 Source: Wikimedia Commons
15th Air Force B-24s leave Ploesti, Rumania, after one of the long series of attacks against the No. 1 oil target in Europe.

In retirement, Lucky Bourgoin enjoyed other very successful careers. For sometime he Managed Lucky Mac’s resort on Lake Pend Oreille in Hope, Idaho. When he and his family moved to Bellevue, Washington, he worked for a time with the Boeing Company, then got an MBA and sold real estate before retiring to enjoy more time with his wife and family.

One more piece of “luck” in Bourgoin’s life came to him in 1946, a year after WWII was over. He met and married his wife Josephine and they remained in love for 73 years.

Harold Bourgoin’s life was “lucky” in many ways. He survived loss, injury, the hell of war and he found the love of his life in his wife of 73 years, Josephine, as well as the joys of his children and many friends. His son, Dan, said of him, “He was just the most honorable, loyal, salt-of-the-earth kind of guy.”

A man is truly lucky to have lived such a long and full life and to be recognized by his son and all who knew him as “honorable, loyal, and salt-of-the-earth.” 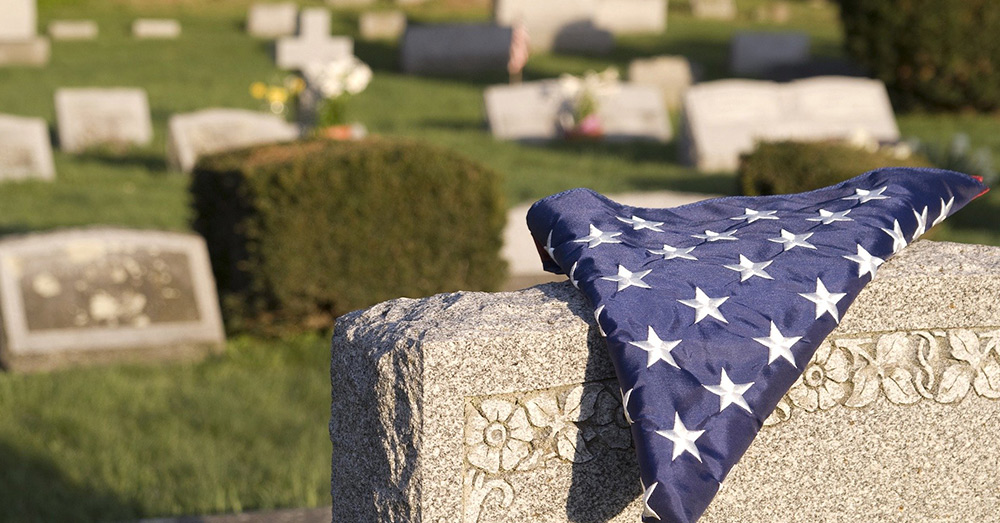 Source: Pexels
Harold “Lucky” Bourgoin was laid to rest after succumbing to complications related to COVID-19.

Harold “Lucky” Bourgoin passed away on April 25, 2020, as the result of the effects of the coronavirus. The Veterans Site sends its deepest condolences to the family of Harold “Lucky” Bourgoin. We offer our sincerest thanks and respect for his service to the nation, to his family and to his community. May you rest in peace, Lucky Bourgoin. Those who knew and loved you know how lucky they are for having had your presence in their lives.

The Pursuit of (Un)happiness: The Fiscal Cliff Legislation

FedEx Driver Goes Beyond The Call Of Duty To Make Life...

Police Officer Donates Kidney To Save The Life Of A Navy...

Fire Safety Awareness during the Holidays