Just a few decades after the Civil War ended, thousands of people were together at the James R Tanner Amplatz Theatre, located at the Arlington National Cemetery. They were there to honor fallen soldiers, as they did every year on Decoration Day, which we now call Memorial Day. It had become a very popular event, which is why Congress agreed to have the Memorial Amphitheater built.

It was October 13, 1915 when Pres. Woodrow Wilson laid the cornerstone. Inside of that area was a copper box that had mementos and documents from the era. The items that were located inside the box were not a secret, but as of May 15, 2020, you can now see them in person. That was the day that the Arlington National Cemetery celebrated the Centennial of the dedication of the amphitheater and they opened the time capsule. Those items are now contained in a virtual exhibit.


Some of the items included in the box were:

– Uncirculated stamps with pictures of George Washington and Ben Franklin

– A Bible signed by the architect of the amphitheater, Thomas Hastings

– An autographed picture of Woodrow Wilson

– Copies of the Constitution and Declaration of Independence

Smithsonian.com reports that some of the documents were outdated shortly after the box was sealed. This included the Constitution in 1915, which had 17 amendments but two additional amendments were added by 1920. They included the 18th amendment, prohibiting alcohol and the 19th amendment, giving women the right to vote. Interestingly, the American flag was already inaccurate when the box was sealed. Both New Mexico and Arizona had been annexed in 1912, so there were 48 states but only 46 stars on the flag.

A number of the items were wrapped in red tape. It may seem insignificant, but David S. Ferriero appreciated learning that little fact.

“All of the records in the National Archives, when they were moved into that building, were carefully protected with wrappings that were held together with this red tape,” he said in a statement. “This is where the saying comes (from) about cutting through the red tape. It is actually-literally-the red tape.” 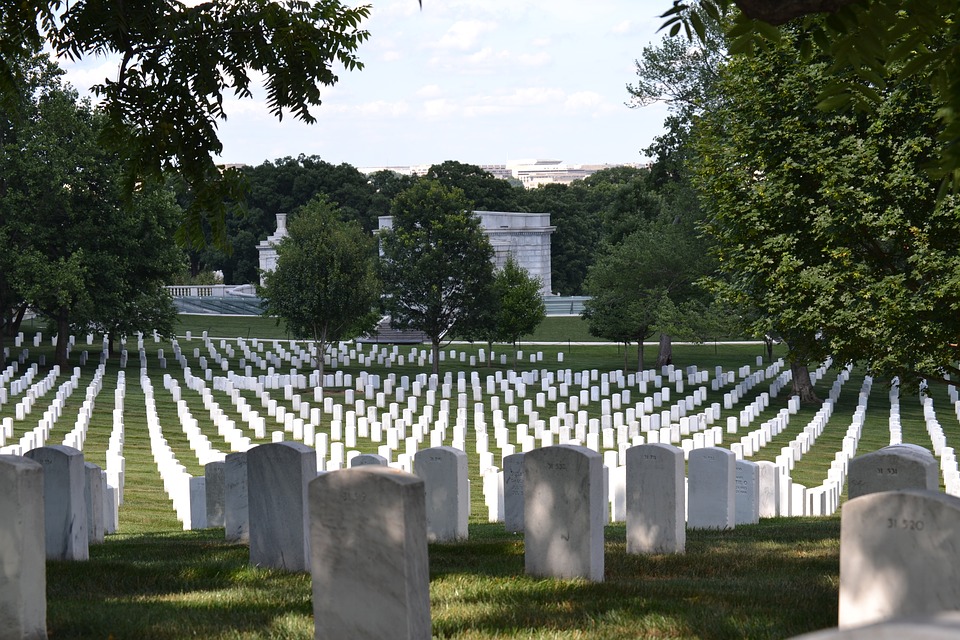 There seems to have been another, less official time capsule included in the same cornerstone. It was a Peter Pan peanut butter jar, including notes and business cards. When the structure was going through repairs in 1974, the box was relocated to the national archives. Workers snuck the jar into the hollow when they replaced it in the 1990s.

“It was sort of a rush job,” conservator Caitlin Smith told The Washington Post. “But you can understand the impulse to add your name to history.”

More information about the Memorial Amphitheater history and the exhibit are located on this website.

Soldiers Refuse To Leave Stray Dog Behind In Syria, But Need Funds To Bring Her Home: Click “Next” below!

The Epic Of William Albracht And Firebase Kate, Part III