United States Air Force Captain, Remoshay Nelson, a native of Douglasville, Georgia, has achieved the heights of her profession as a pilot in the Air Force. She recently became the first Black American woman to become a member of the elite Air Force demonstration team, the Thunderbirds.

Nelson is a graduate of Howard University in Washington, D.C., where she majored in Speech Communications and earned her commission through the Air Force ROTC program there. She was a leader both on campus and in the community. She was a member of the Alpha Chapter of the Delta Sigma Theta Sorority. While a student at Howard she also did study abroad classes in Africa and Europe. 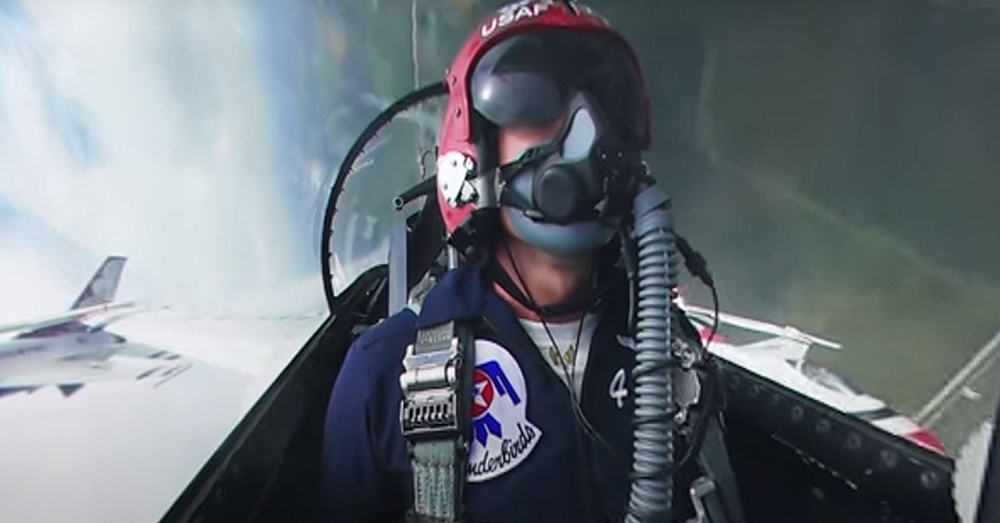 In her now 8-year Air Force career, she has let PA teams in Turkey, Botswana, and various locations in Europe. She was the Chief of Public Affairs for the 8th Fighter Wing at Kunsan Air Base, in Korea. She was accepted this year as Thunderbird No. 12, and serves, in part, as the team’s public affairs officer. She was one of the Thunderbird pilots who flew in formation recently over Washington, D.C, Baltimore and Atlanta in honor of the front line workers in the COVID-19 fight.

In participating in this effort, she told reporters recently that, “We have only one life to live so I want to do that by giving back and by showing people what is possible…When people can look up and have some type of hope during this time, to know we can get through this. The Thunderbirds are with them.”

The Veterans Site sends its congratulations to Captain Remoshay Nelson on being named to the elite United States Air Force Thunderbirds Team. We thank you for your service and for giving all of us a model of success and dedication to duty, God and country. We wish you many more successes in you Air Force career. Fly High; Fly, Fight, Win!

Helicopter Combat Pilots In Vietnam: Heroes One and All

C’mon, America! Let’s Take a Dive Off the Fiscal Cliff