This is a great story, one of those utterly improbable kind of stories that happen for reasons beyond our usual understandings. This one is about a 7-inch high, 4 pound Yorkshire Terrier who became an important part of one GI’s life in the battlefields of the South Pacific during WWII.

This fiesty little terrier was found abandoned in a foxhole in New Guinea. It was first thought that she might have belonged to the Japanese, but the GIs soon found out that she did not understand commands given to her in Japanese, only in English.

The GI who had found her sold her to another GI named, Bill Wynne, for $6 so he could get into a poker game. Wynne and Smoky would become inseparable for the rest of the war. And Smoky would go with him everywhere, often suspended in his back pack. 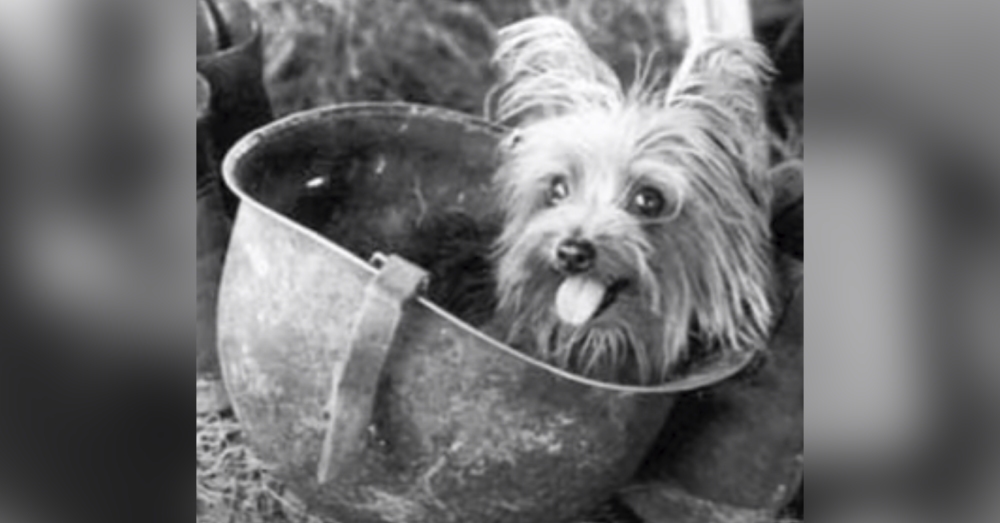 Source: YouTube/gerrykersey
Smoky was found by a GI in New Guinea.


Smoky proved herself to be more valuable in more ways than anyone could have imagined. On one occasion, the Americans were repairing and preparing a former Japanese airstrip on New Guinea. They needed to string communication wires under the airstrip. They would either have to take 3 days to dig a trench, lay the wire, then bury it again, which would have slowed the reconstruction process. They hatched the idea that maybe Smoky could string the wire through the small culverts that the engineers had put under the airstrip to drain it. 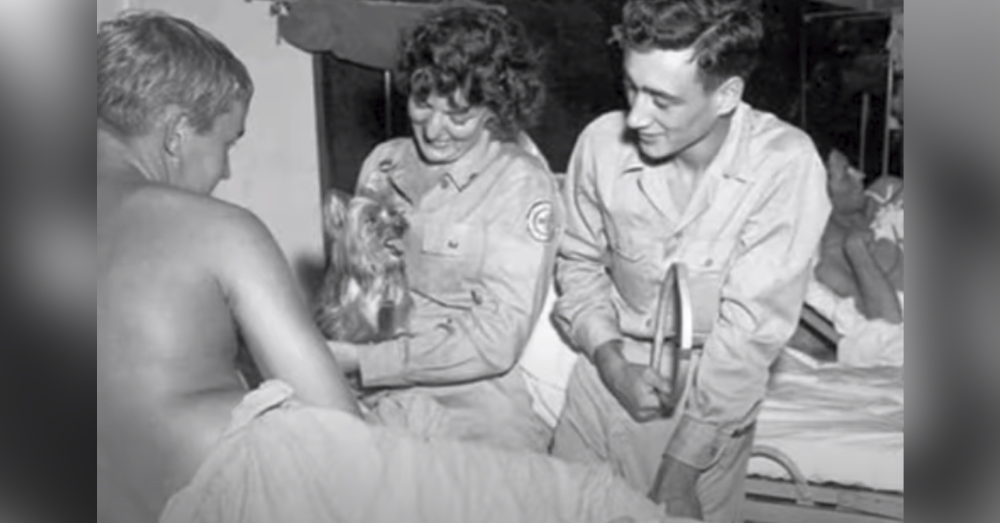 Sure enough, they tied a line to her little collar and Wynne started coaxing her from the other end. At one point he hollered across the airstrip to see if she was still coming and the GI at the other end said that she was, he was still spooling out the electrical wire. Smoky accomplished the task in a few short minutes.

Wynne said, “She did it because I asked her to. She trusted me.” 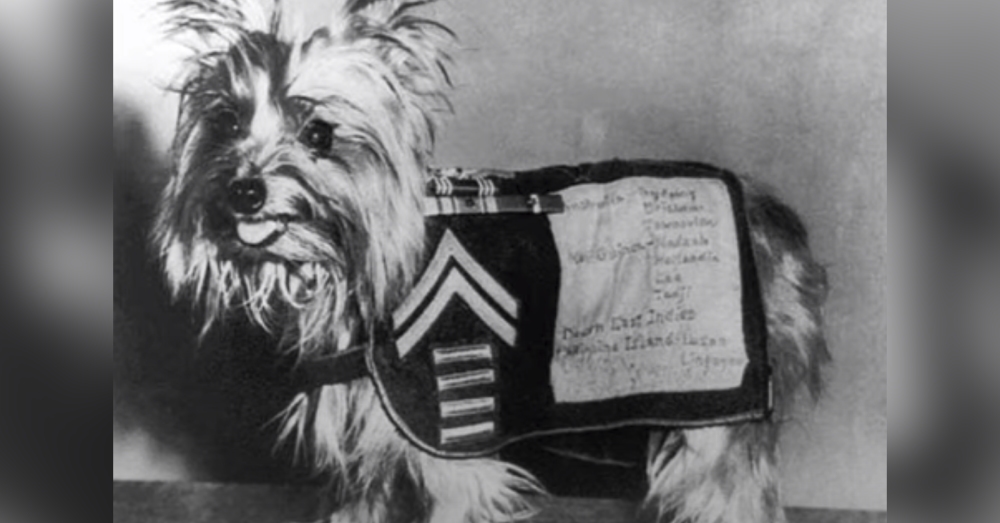 Source: YouTube/gerrykersey
Smoky helped her human Bill Wynne get a lot done during the war.

Smoky was by Wynne’s side for the next two years, even when Wynne was wounded and shipped to a hospital in Brisbane, Australia. The medical staff allowed Smoky to stay with Wynne and soon found that the little terrier was a positive force for the other wounded on the ward. This is how she became known as the first therapy dog on record.

Over her wartime exploits, Smoky never became ill. She was credited with having participated in 12 combat missions. She was awarded 8 battle stars and survived 150 air raids on New Guinea and a typhoon at Okinawa. With her keen sense of hearing, she was often instrumental in warning Wynne and the other troops of incoming shells, giving them time to take cover. She even parachuted 30 ft. out of a tree under a parachute made specially for her.

Smoky was fearless and faithful to a fault. Wynne called her an “angel from a fox hole.”

She was a smart and quick learner. In down times, Wynne taught her tricks and she would often entertain the troops with her skills. The magazine, Yank Down Under, named her, “The Champion Mascot of the South Pacific Area.”

After the war she remained with Bill Wynne and had quite a life, including her own TV show. She did a lot of work with the wounded GIs around the country as a therapy dog.

Smoky is buried in a park in Cleveland, Ohio, under a black granite monument topped with a bronze sculpture of her sitting in a life size WWII army helmet. Her story is also told in a book written by Bill Wynne called, Yorky Doodle Dandy.

That little 4 lb. Yorkshire Terrier left a big mark on the hearts of all the GIs who knew her. The Veterans Site is happy to honor her for her service to her GIs both in wartime and in peace. Rest in Peace little “angel from a foxhole.”