“The way that these police have been behaving, any military service member that would behave like this would be in Leavenworth right now,” Army veteran Aubrey Rose told Colorado Public Radio during a protest in Colorado Springs. “The fact that we’re letting these guys get away with murder, and there really isn’t the stressors of a war zone here, is ridiculous.”

Rose spent 18 years in the Army. He was deployed to Afghanistan, Iraq and Bosnia. In an interview with Colorado Public Radio, he explained how protesting against police brutality brings him back to the days before he was medically discharged from the military, the days when he fought for a cause he believed in. 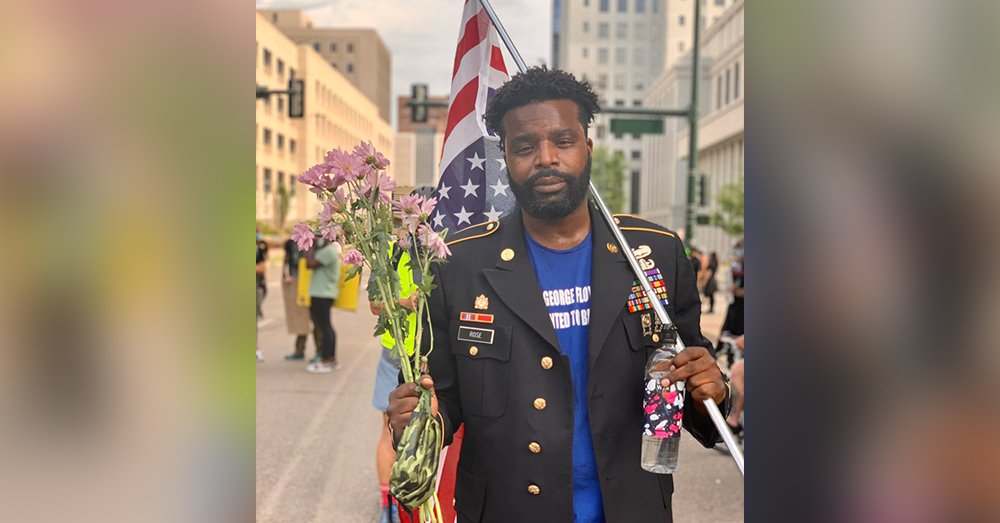 “For the first time, as an adult, I’m able to utilize my constitutional rights because I couldn’t do it before, when I was active duty,” he said in the midst of such a protest. “I feel nothing but pride right now.” 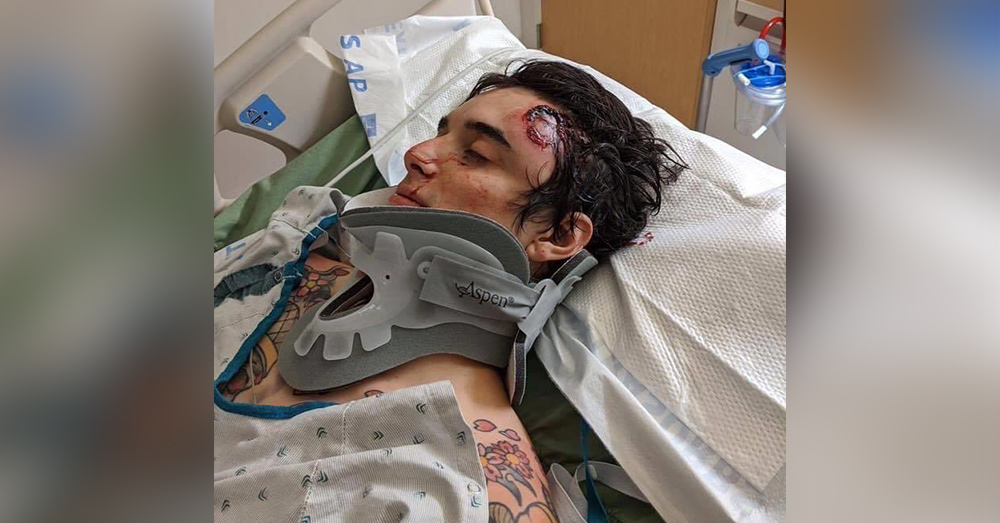 Twitter/nolta Hall
A USMC veteran was beaten by police officers while standing with fellow Americans at the Black Lives Matter protest in Los Angeles.

Millions of Americans, people of color and their allies, veterans and civilians, have been taking part in protests around the country. The protests were sparked by the death of George Floyd, who was killed after a police officer pinned his neck down for nine minutes, but they have grown to confront a much larger issue of police brutality and racial inequality.

The US military has set clear restrictions on active duty service members wearing uniforms in public protest and criticizing the president. In short, it’s not allowed. But that rule doesn’t apply to veterans. Rose and Mosely both wore their uniforms and ribbons to support racial equity and the Black Lives Matter cause. So did U.S. Marine veteran Todd Winn who stood in his full uniform outside of the Utah State Capitol for three hours with black tape over his mouth bearing the slain George Floyd’s last words: “I can’t breathe.”

The heat was so intense, the rubber from Winn’s shoes melted off onto the pavement. 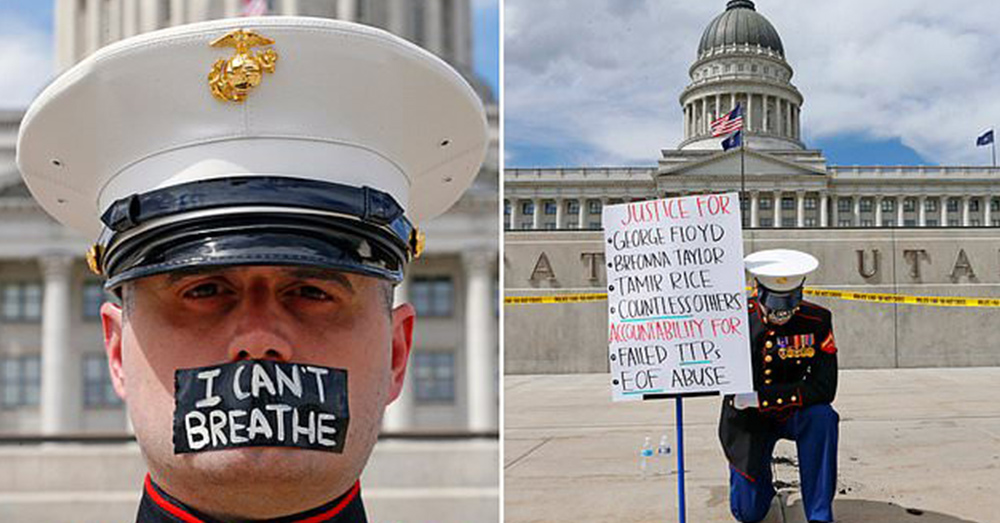 According to CBS, Winn stands by his protest just as he stands by the oath he took when he was sworn into the Marines.

“Support and defend the Constitution,” he said. “And there’s no qualification on that. It’s not ‘until this time,’ or ‘only for these people.'”

These veterans are protesting the unjust killings of people of color at the hands of law enforcement and the underlying cultural perceptions that further systematic oppression. This is the same reason that former NFL player Colin Kaepernick knelt during the National Anthem until he was subsequently forced out of the sport for his protest, coincidentally suggested to him by Green Beret veteran Nate Boyer.

“I never thought of (taking) a knee as disrespectful until recently I saw the knee on George Floyd's neck.”

But this is hardly the first time veterans have had reason to protest against their own government. Veterans have been involved in protest marches during some of the most contentious points in American history.

In 2016, more than 2,000 US military veterans formed a human shield to defend the Dakota Access Pipeline protesters who had been blocking work on the controversial oil pipeline on Native American land.

“I figured this was more important than anything else I could be doing,” Guy Dull Knife, 69, a Vietnam War Army veteran and a member of Veterans Stand for Standing Rock, told Reuters from the Standing Rock Indian Reservation. 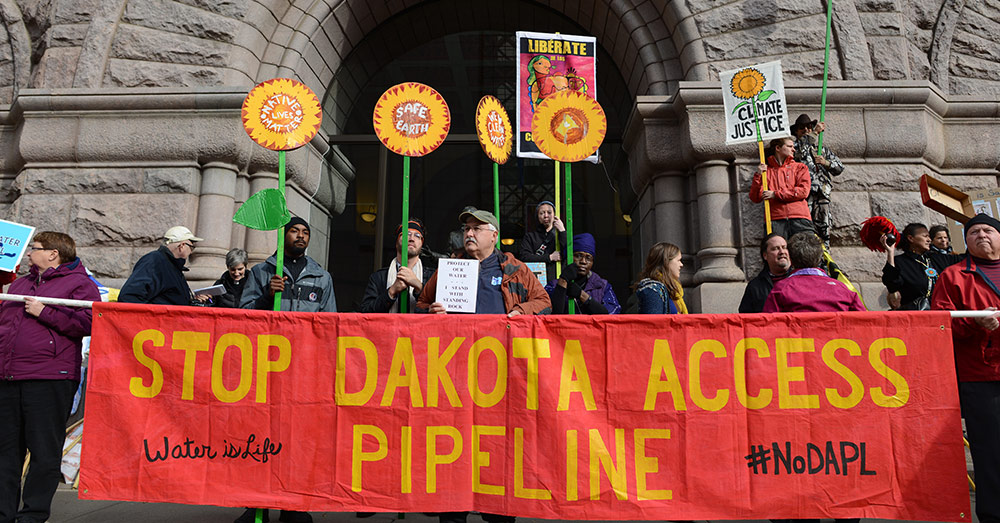 For 5 days in n 1971, Vietnam Veterans Against the War stood together in protest in the streets of Washington, D.C. It was a peaceful protest, during which about 1,000 veterans threw their combat ribbons, uniforms, and helmets on the steps of the capitol building.

As History reports, the following day saw a protest in D.C. with at least 200 times as many participants clashed with police after agitators were accused of trying to shut down the government.

According to the Salem-News, a large gathering of World War I veterans protested the federal government in 1933. In the midst of the Great Depression, the veterans were demanding immediate payment on the certificates they were given as compensation in 1924. The certificates were not initially redeemable until 1945, by which time many of the veterans would have passed.

As the government refused to pay out, more and more veterans joined the ranks of the “Bonus Army,” camped out in a Hooverville, near the nation’s capitol just across the Anacostia River. 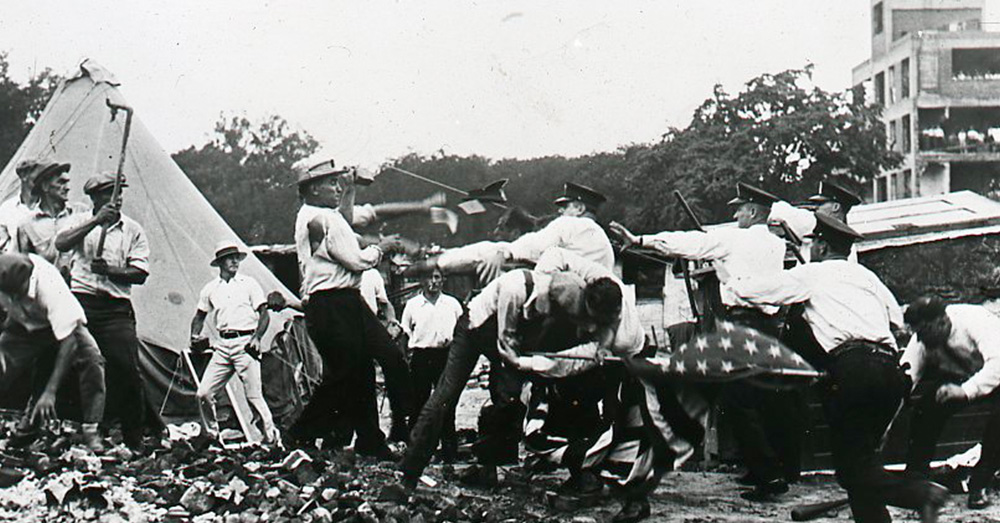 General Douglas MacArthur, sensing the veterans as a threat, ordered active troops to attack the camp and drive the protesters out, against the wishes of President Herbert Hoover. Half a dozen Renault FT tanks commanded by Maj. George Patton crushed the shanty houses that provided the desperate veterans shelter. The cavalry and infantry launched a tear gas assault.

By the end of the day, 55 veterans injured and 135 arrested. The wife of a veteran who was involved in the incident miscarried after being injured, and a 12-week-old baby died as a result of tear gas inhalation.

People of color make up at least 40% of today’s US military, and with President Trump using active duty troops to dispel protesters, many Americans are finding themselves separated by shields, batons, and guns from people who look just like them. These troops are under the obligation of the oath they have taken to the US military, whether or not they side with the spirit of the protest.

They serve the Constitution of the United States, interpretations of which have driven nearly every conflict in US history.

10 Tips to Shopping for a Car