This video comes from a Late Night Show interview of Captain Florent Groberg who was awarded the Medal of Honor for his heroism in saving 24 of his team members from a suicide bomber attack in Afghanistan. At that time, he was the tenth living service member to receive the award from the the war in Afghanistan.

You will hear from him what happened that day, but there are some other things you might want to know as well.

Groberg was born in France to a French woman and an American father. Before entering the U.S. Army, he renounced his French citizenship and took the oath to become an American citizen. His love for this country is demonstrable in the fact that he wanted to serve it in the U.S. Army. But as you will see and hear, his love for his team members and his “boss” is deep and profound enough that what he did on their behalf was done without hesitation or concern for his own life. 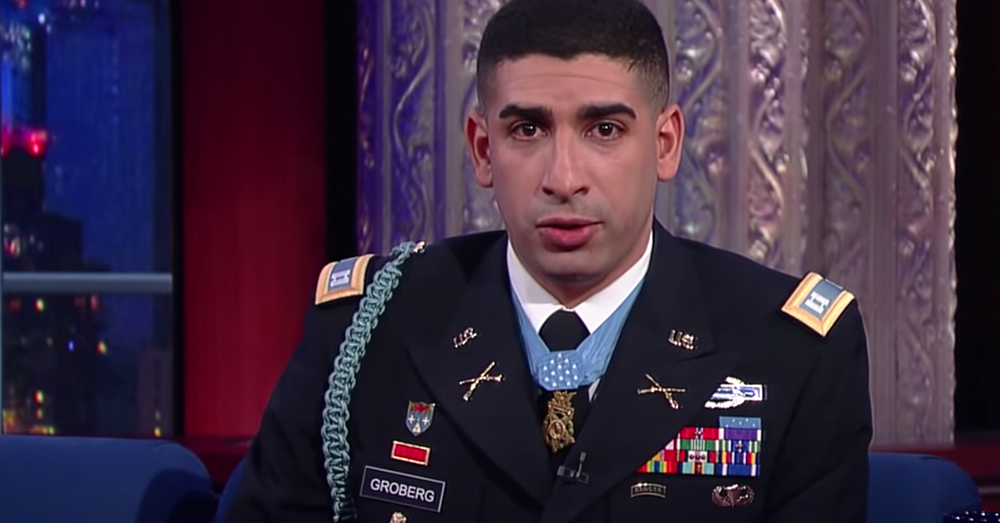 Groberg’s alertness and his quick action saved the lives of 24 of the 28 man team he was providing security for. The team he was with that day was a group of high-ranking officers that were on their way to a meeting with Afghan counterparts. Their convoy was confronted by two men on motorcycles who took off running when they were stopped. 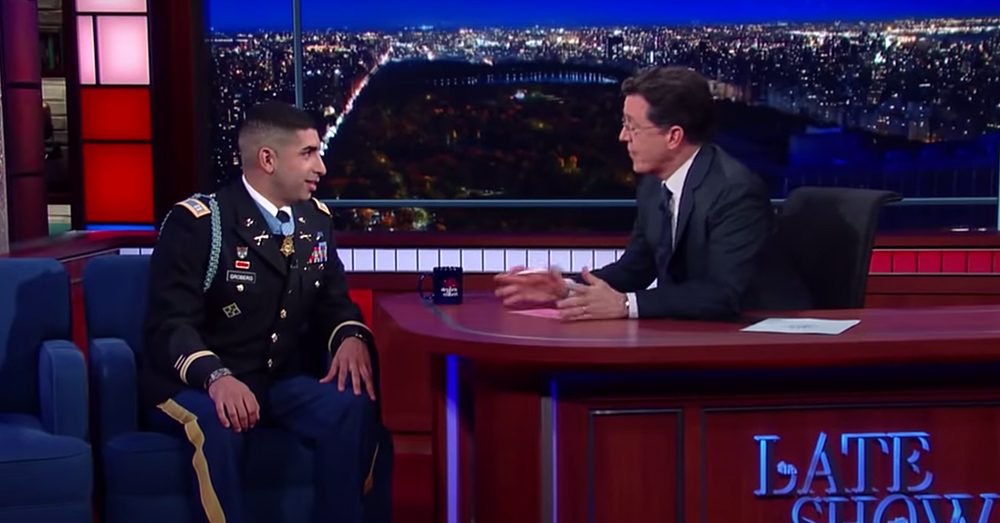 Groberg noticed another man to the side of the column who was walking backwards parallel to the convoy, then turn and start running toward the convoy. Groberg ran at him, knocked him down with his rifle, and realized the man was strapped with a suicide vest. He knew he had to get him away from the convoy before he could blow the bomb, so he grabbed him and started dragging him away. 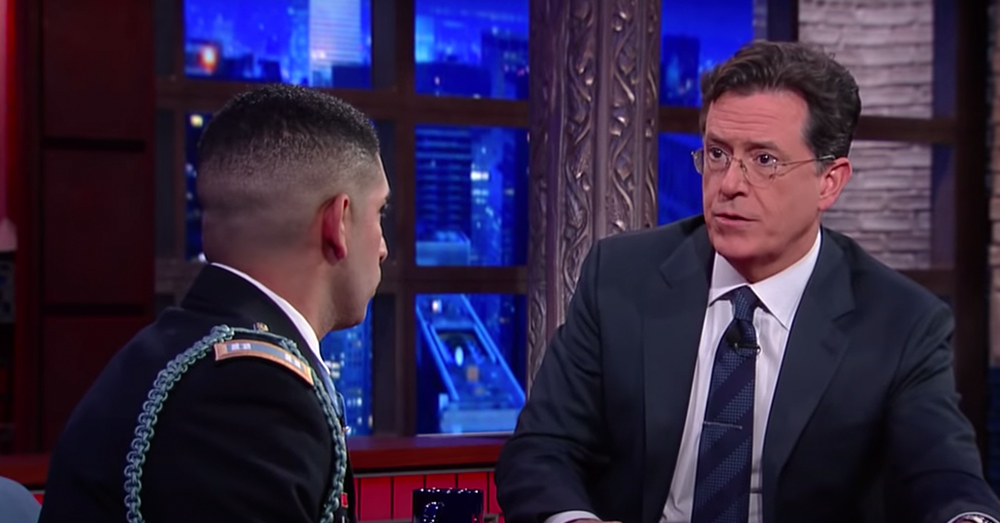 Source: YouTube/
The Late Show with Stephen Colbert
Captain Groberg saved the lives of 24 of the 28 man team he was providing security for.

The bomb went off. Groberg recovered his senses almost immediately after the blast. He realized that he was badly injured and that he was most likely going to lose a leg.

In the interview, Steven Colbert asks the typical awkward questions that civilians ask, but Groberg is as cool in that situation as he was in that event in Afghanistan. The interview ends with some funny stuff too. It has to do with the first person Groberg saw when he woke up from surgery in the Landstuhl Regional Medical Center in Germany. 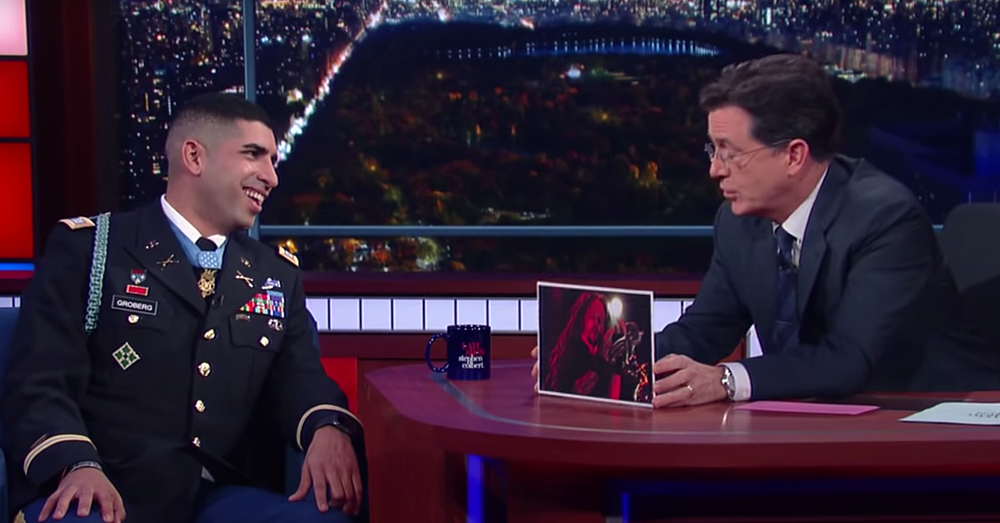 I believe you will find that Captain Florent Groberg is a man of courage, integrity and in possession of a healthy sense of humor.

The Veterans Site honors the courage and dedication to duty, and to his men and we thank him for his actions that day. You are a model of the kind of character that makes our American military the best in the world. Hooah!

Dating at a Senior Living Community