This is something I got to experience only once in my Navy enlistment. As a Fleet Marine Force Hospital Corpsman, I was never stationed aboard a ship. I spent most of my 4 years of active duty with the Marines at Camp Lejeune or in Vietnam.

While in Vietnam, though, I came down with malaria and was medivaced to the Hospital Ship, USS Sanctuary for treatment and recovery. When I had recovered and was allowed to go topside into the fresh air, I was able to witness this maneuver called a “replenishment underway” as the Sanctuary was being replenished, or resupplied, off the coast of the Republic of Vietnam. It was impressive to watch. 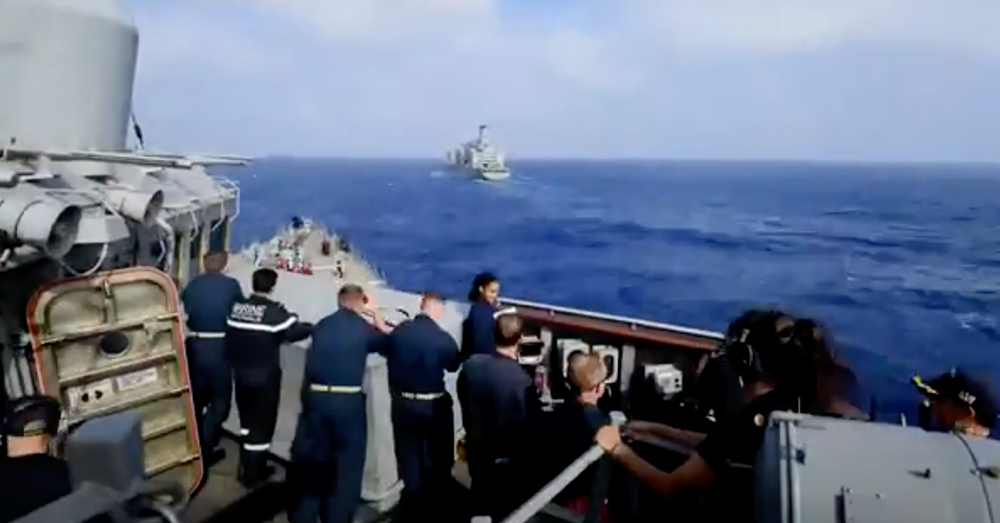 Source: YouTube/CNE-CNA/C6F
Sailors aboard the USS Carney await a resupply.

This is not an easy thing to do. The supply ship and the ship being resupplied have to match each other’s speed, lines have to be shot across from one ship to the other, to connect the supply lines and the fuel lines and then the supplies passed over the space between them. It is truly a pas de deux done between two very large, moving objects. It is done on the open sea with its varying pitch and roll of constantly shifting waves. And it is done most of the time with incredible grace and precision. 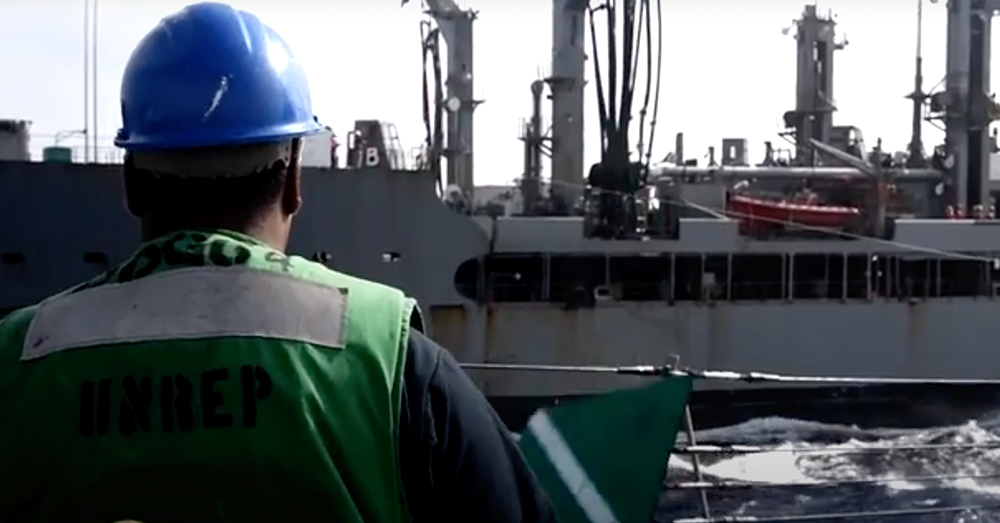 Source: YouTube/CNE-CNA/C6F
A line is launched over the side of the USS Carney to connect with the resupply ship.

During these tense maneuvers, there are many different skills brought to bear in order to complete the process successfully. Depending on the ship being replenished the supplies being transferred over open water while underway might be fuel, munitions, and ship’s stores, including food and medical supplies, etc. 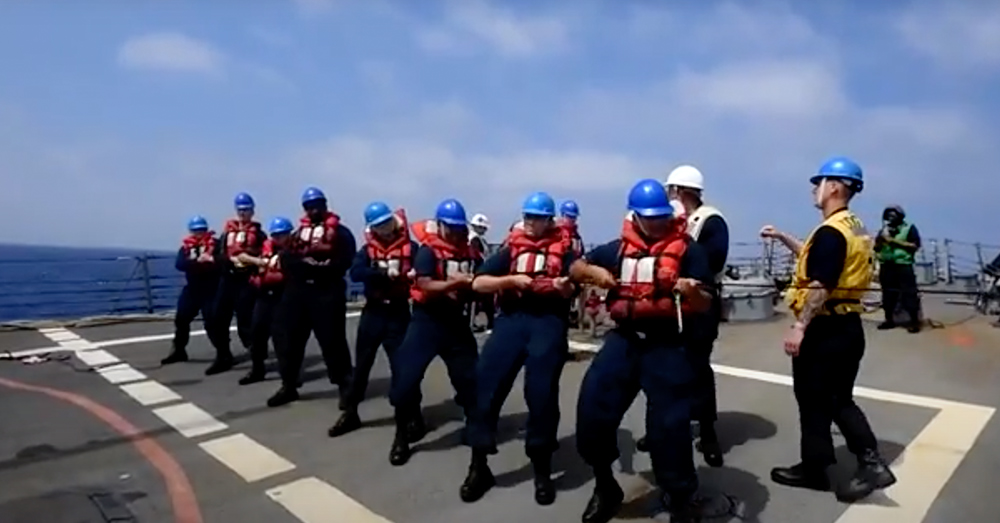 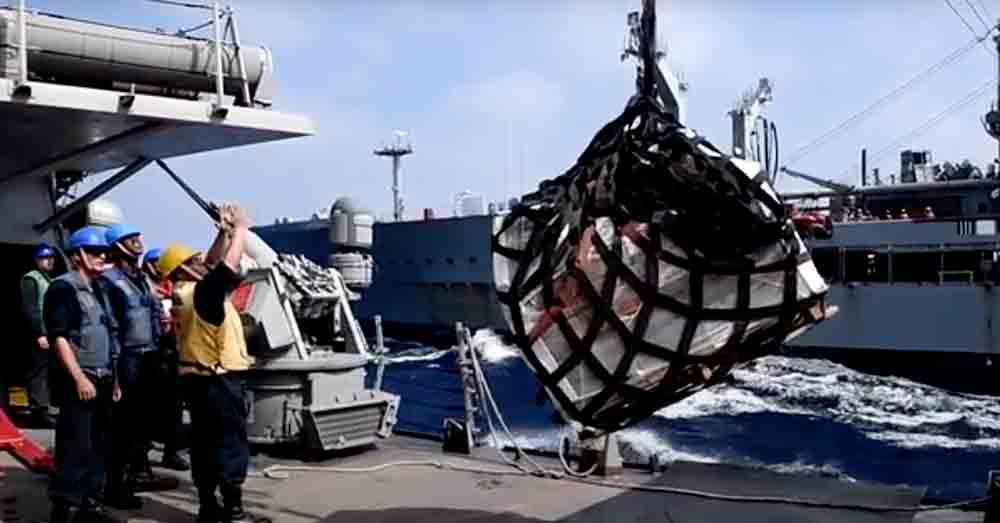 Source: YouTube/CNE-CNA/C6F
Supplies are hoisted over to the ship.

The ships must move on a steady course and speed, usually between 12 to 16 knots. This lessens the relative motion of the two ships due to wave action and allows for better control of the heading for both ships. This is done with the two ships maintaining a distance of about 30 yards. The lines are connected with the use of a “gunline,” a pneumatic line thrower or shot line that is fired from the supply ship. This line is then used to pull a messenger line across from ship to ship. This line is then used to pull across equipment such as distance lines, phone lines, and transfer rig lines. 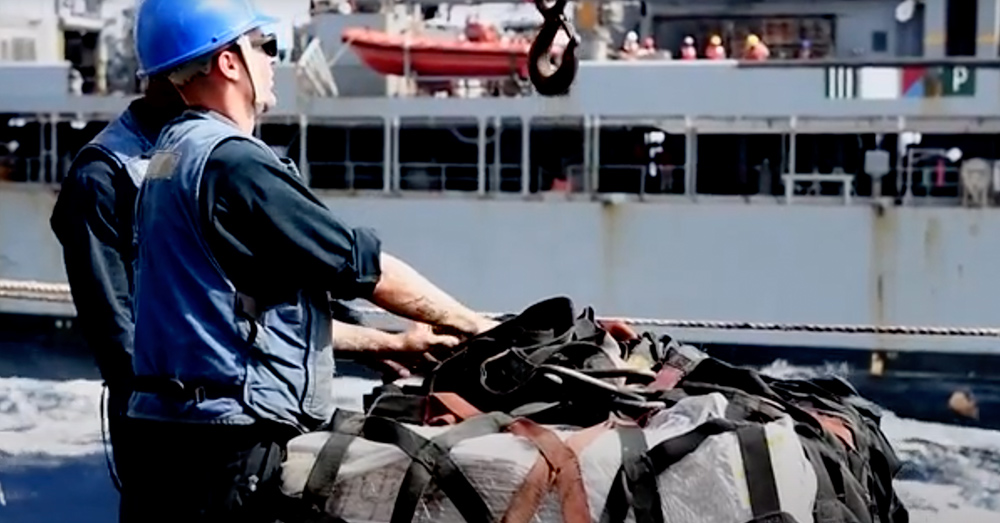 Source: YouTube/CNE-CNA/C6F
This is an incredible process to see in action.

The supply ship is the command ship and provides all lines and equipment needed for the transfer. All commands then are directed from the supply ship.

Enjoy this video which will give you a visual sense of what this operation looks like and entails. It really is an incredible maneuver, a pas de deux done on a massive scale.

What to Know about a Spouse’s Social Security Survivor Benefit