Change is demanded now, but the marks of this insidious form of oppression have seeped much further into the strata of American institutions than just the local precinct HQ. The U.S. military is the latest of such institutions to confront latent racial prejudice. Now, military leaders are grappling with research that shows black service members are considered for officer roles less often than white service members, subsequently placing a greater percentage of black service members in frontline positions where they are more likely to be injured or killed.

According to former Veterans Affairs Secretary David Shulkin the data shows a clear preference for white individuals in officer positions. 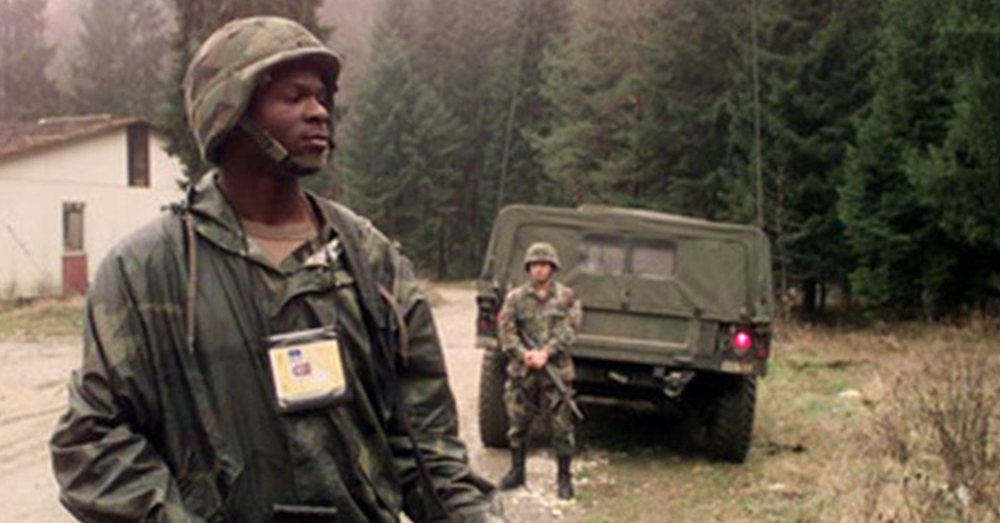 “While there’s been some increase in relative numbers in minority officers, it’s not been proportional to the increase that we’re serving, so therefore you do have more minority members serving in the front line jobs and therefore getting higher numbers of these injuries,” he told CNN.

Those injuries, as well as a similar mix of race, is found in the VA system. There, each veteran receives a “disability rating” on which their monthly compensations benefits are based. Veterans with service injuries that seriously disrupt their earning potential are given a higher disability rating than those who have minor injuries. 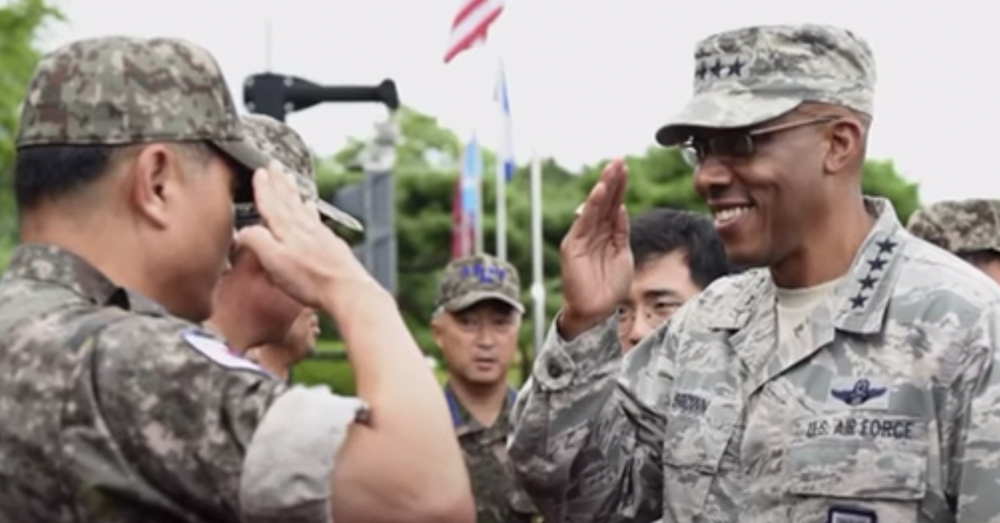 Source: YouTube/
PBS NewsHour
Black service members make up make up 19% of all enlisted personnel in the U.S. military, and just 9% of its officers.

“The disability rating is an indicator of the severity of the injury and the disruption to life after serving,” Shulkin said. “While our minority communities are shouldering the disproportionate share of service to the country, they are not necessarily, being represented in the more senior positions to that same level.” 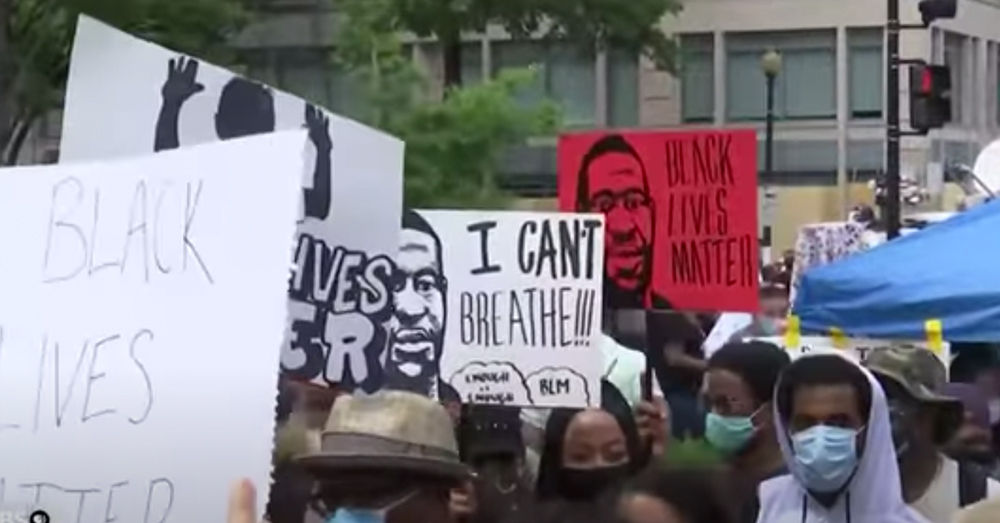 Source: YouTube/
PBS NewsHour
Racism in the military has come under scrutiny since the protests over the killings of of George Floyd and other black Americans at the hands of police.

Black service members currently make up 19% of all enlisted personnel in the U.S. military, and just 9% of its officers. Relative to their population in the U.S. black Americans also make up more of today’s enlistment rolls than enlistees of any other race, but they are not so strongly represented in positions of leadership.

The majority of enlisted service members are white, CNN reports. That majority has been steadily decreasing since integration policies admitted black men, and later women, to the same positions following World War II. Segregation was still openly practiced in the U.S. military until at least 1954. Since then, though not inherently called out in the rulebook, black men and women face greater hurdles to promotion than their white colleagues. 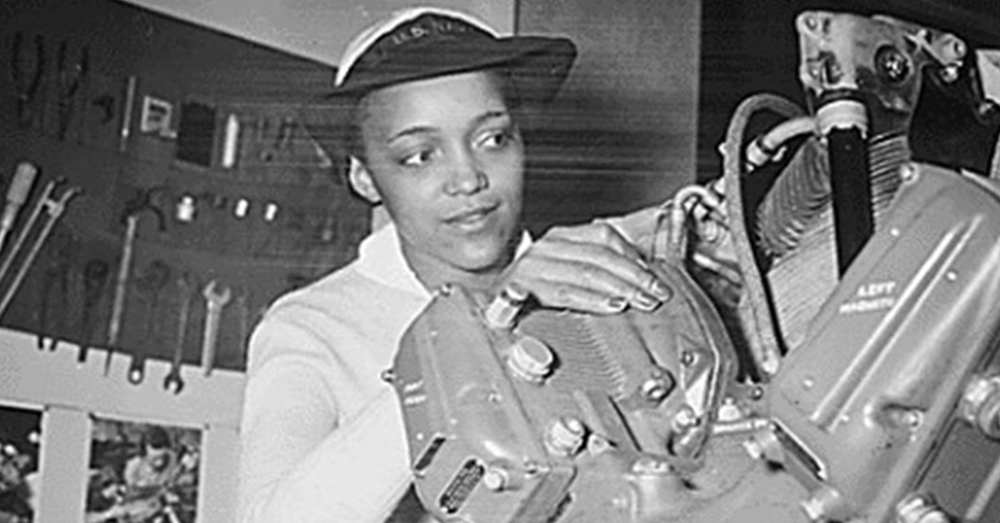 Source: U.S. Department of Defense
It wasn’t until integration laws were passed after WWII that black and minority Americans were eligible for the same positions as white service members.

In 2019, military officials concluded a year-long study on white nationalism in each branch. According to the Military Times, about 22 percent of service members surveyed said they had seen white nationalism or racist ideology openly practiced.

“I have several colleagues who have said they are ‘alt right,’” wrote one anonymous service member. “They make very clear statements of strong hatred against blacks, Muslims, Hispanics and immigrants in general. They punish others by withholding favorable assignments, actions, etc.

“I had no idea so much hatred was present in our country (and military) before this president was elected; it’s horrifying.” 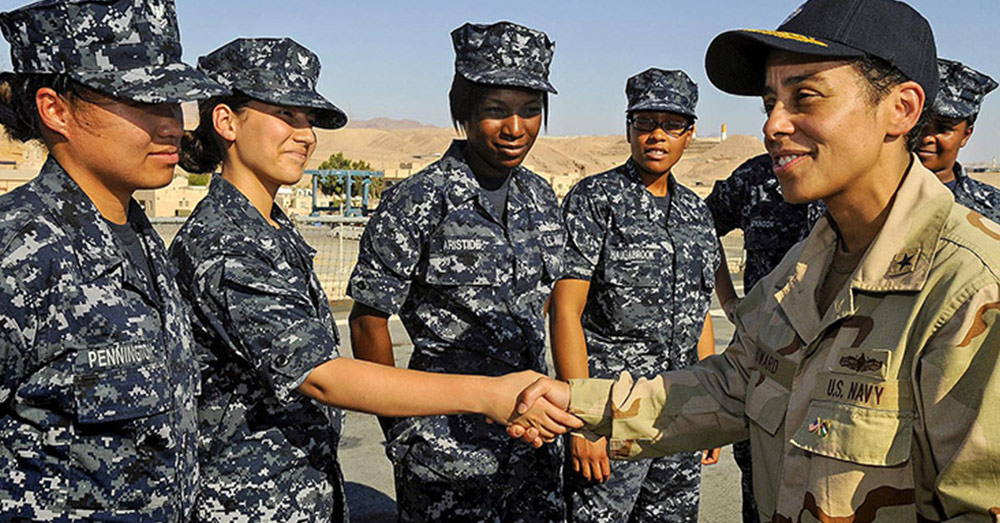 In positions of leadership, racism is much more subtle, though still visible. A recent tweet from Defense Secretary Mark T. Esper showed a photo of President Donald Trump flanked by a wall of white men in uniform. Esper thanked the president, first lady, and the Department of Defense, “for the continued leadership & support for the incredible men & women who serve to defend the Nation at home and abroad!”

“You would have thought it was 1950,” Lt. Col. Walter J. Smiley Jr., a black American veteran of wars in Iraq and Afghanistan, told the New York Times.

“It’s America’s military,” he said. “Why doesn’t this photo look like America?”

Bishop Garrison, a black West Point graduate who served two tours in Iraq and works as Human Rights First’s chief ambassador to the national security community, believes it’s important for troops of any branch to see people in leadership positions that look like them. He says a lack of diversity has brought down recruitment and retention.

“The fact is that had I been afforded more direct mentorship and more examples of leaders who reflected my own life experience, I would have been more likely to remain a member of the Army. Like my father a half century before me, I decided to seek out other ways to continue serving my community and country,” Garrison told the House Armed Services Committee.

“The fact that many major military bases are still named after Confederate leaders; the ongoing worries about white nationalism in the military’s ranks; and the fact that an individual who holds extreme views on race, continues to serve at the highest level of immigration policy-making — these factors risk causing a detrimental impact on our military’s ability to recruit and retain new and diverse talent,” he continued.

How to Read (and Understand!) the Bible in 4 Simple Steps

Hazards of Paying the Minimum Payment on Your Credit Card

Veteran Avoided The Barber For 6 Years After He Left The...