I ran across this video this morning and found it to be informative, revealing, and very challenging. It is all of those things on many levels: military history, African American history, and the history of our National Parks.

They were deployed there from their barracks in San Francisco at the time. The Buffalo Soldier history includes the 9th and 10th Cavalries, which were all African American units formed after the Civil War. They were deployed to the West to fight in the on-going Indian Wars between the 1860s and 1890s. They got that name, Buffalo Soldiers, from the Native Americans who had never seen Black men before. The Native Americans gave them that moniker out of respect for their fighting spirit, which was like that of the buffalo that was so important to Native cultures in the West. 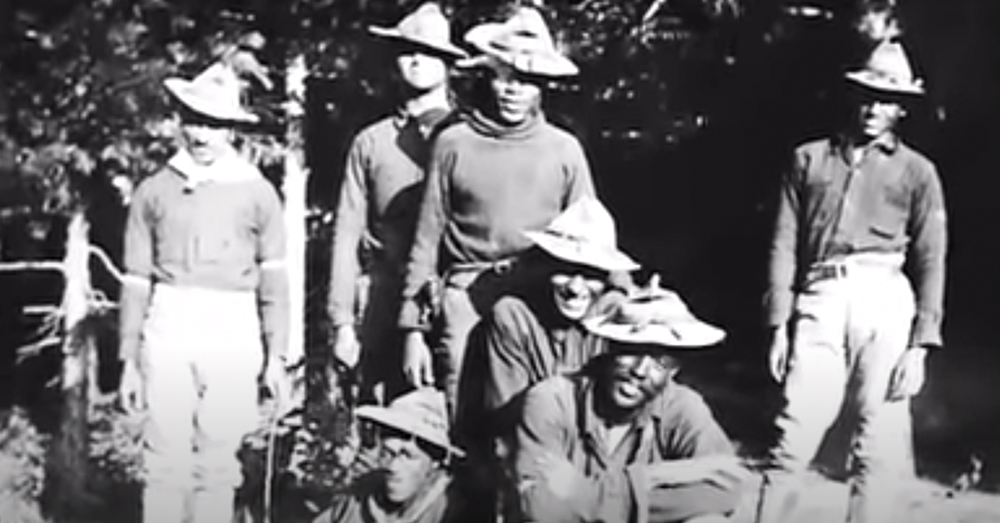 Source: YouTube/PBS
The 24th Infantry of the 9th Cavalry, was deployed to protect Yosemite National Park in 1903.

These same Buffalo Soldiers of the 9th and 10 Cavalries would be called on to fight for this country in the Philippines and in Cuba during the Spanish American War April 21st to August 13, 1898.

Listen to the the Buffalo Soldier guide as he reveals the history of the Buffalo Soldiers as the first Park Protectors (now called Park Rangers) of our then infant National Park system and how unusual it was for African American soldiers to have been given such and important role in those times. 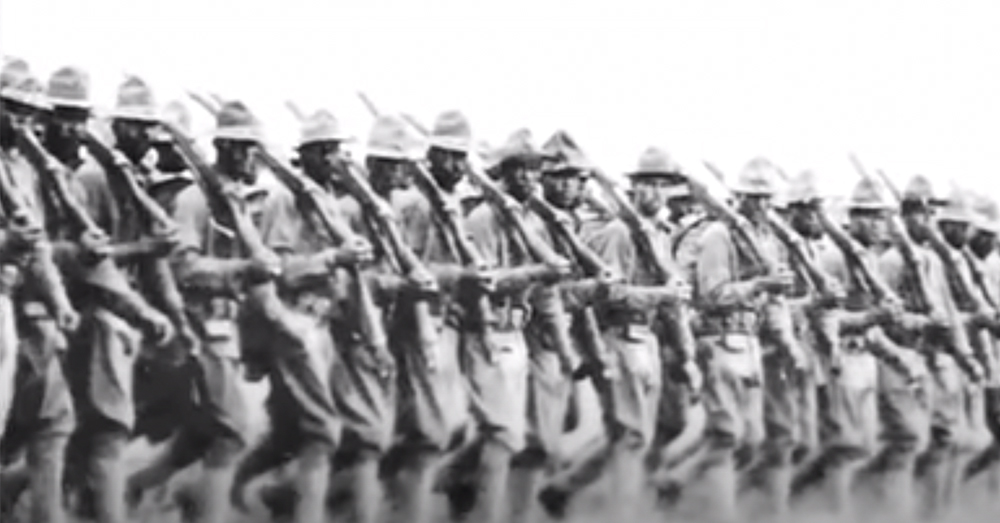 Source: YouTube/PBS
The Buffalo Soldier history includes the 9th and 10th Cavalries, which were all African American units formed after the Civil War.

Think about that powerful metaphor. This country was born out of a natural desire for freedom and was built upon the dream of a society that was made for all, that would empower and liberate all of its people from the tyrannies of oppressive and unjust government. Yet, those dreams did not include many of who were living here at the time. Slavery denied that dream to some 4 million people then living in the new nation. The after effects of that institution of slavery and the Jim Crow period that followed it still echo into our own day. The Buffalo Soldier history was born out of that as well. 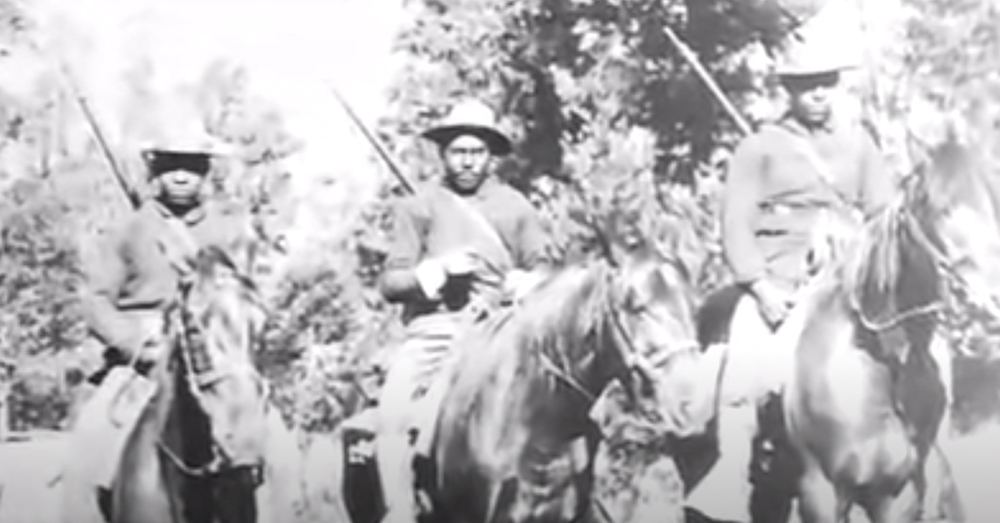 But the National Parks were conceived to preserve the natural beauty of our land. They were created as sacred places of awe, to be protected forever, to be visited by all as sanctuaries of Nature and the National Park System was created to hold and to preserve those lands in perpetuity for all Americans. They are understood to be places held, in the words of Abraham Lincoln, as the possessions “of the People, by the People and for the People.”

These parks honor, respect and protect the particular blessings of Nature that this country is so blessed to have. Nature, as it comes from the Creator’s hand, transcends politics, government, even nation. And all of us are part of this transcendent Nature. To build on the metaphor, these parks are echoes of the Garden of Eden, which we are to steward for all. They remind us of where we came from, and to where we wish to return. This metaphor, in its own way, represents the dream of our national founding too. 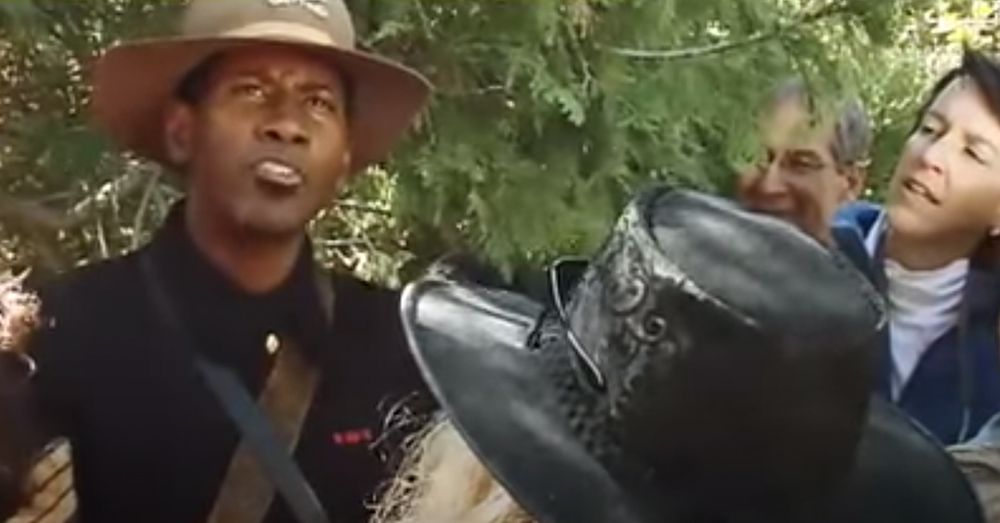 Source: YouTube/PBS
A modern-day portrayal of a Buffalo Soldier.

Let us take the metaphor of the National Parks as spoken about by this “Buffalo Soldier” guide to heart. These places of transcendent beauty and peace represent something greater than all of the things that divide us. They are eloquent representatives of the stupendous idea that this nation and all of its peoples, of every race, national origin, language and creed, can become that motto we all know, “E Pluribus Unum”, “Out of Many, One.” That attitude is what can truly make us great in the end. That “Garden of Eden-like” quality that our National Parks represents is what the Buffalo Soldier in this video is challenging us with.

That is what makes this Buffalo Soldier’s story even more powerful, for it is told by one who represents those in our history who have too often been told that they did not belong, that they were not worthy of the full benefits of life due to all. Think of the National Parks you have been too, those preserves of the vast natural beauty of this land and think about the idea that they “Belong to Everybody.” They represent the larger meaning of what this country is meant to be. That idea that this nation belongs to everybody is worthy of being protected, promoted, and preserved.