The gentleman you are about to meet here is a man of uncommon valor and dedication to duty, a man committed to being the best, not to be recognized and fawned over, but for the good, and the success of the mission and the well-being of those under him. His name is Major James Capers.

Capers entered the United States Marine Corps in 1956, in a time when discrimination, subtle or otherwise was still a reality in the military just as it was in the society in general. He was not naive to these things having grown up in the environment of the Jim Crow South. He knew one thing, that bigotry crumbles in the face of professionalism and excellence, and was determined to prove it. He made himself the strongest, the toughest and the smartest Marine he could be.

Many outside the Corps don’t know this, but he would become, in the words of the narrator of this video, “the spiritual founder of Marine Corps Special Operations.” He was the first African American to serve in the Marine Corps’ Force Reconnaissance. 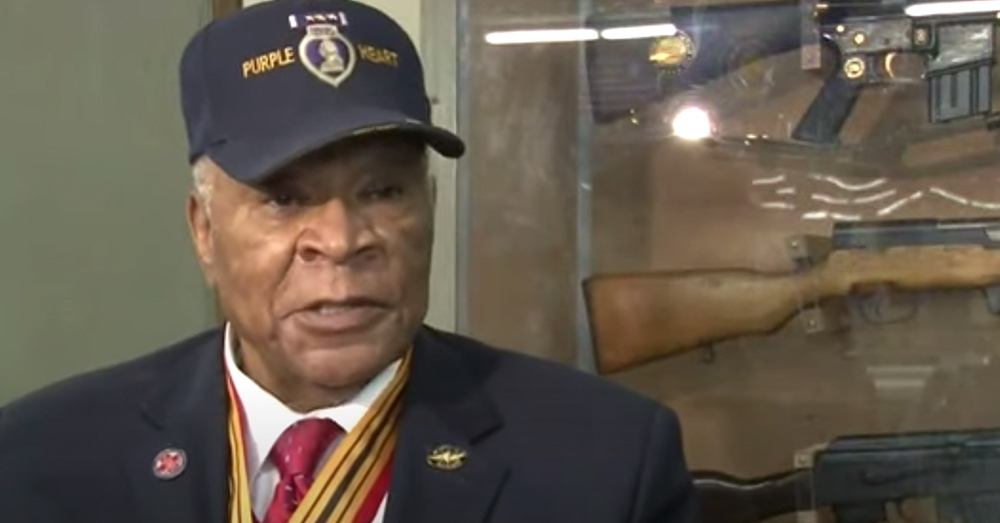 In Vietnam he carried out his battlefield leadership duties with intensity, purpose and skill. He always considered his men above himself, that they were more important than himself. His Recon team’s call sign was “Broadminded.” When his team needed to escape out of the mess of a firefight he was always the last man on the ground, often holding off the enemy alone before getting onto the rescue helicopter. In a Stars and Stripes article he is quoted saying, “If I was going to die there in Vietnam, I was going to die fighting.”

While on a patrol with his 9 man, 3rd Force Recon team in April of 1967, they found themselves confronted by an NVA regiment. The fighting was horrific. He was injured by the blast of a claymore mine during the battle. He had multiple severe wounds in his legs from shrapnel and was hit by at least one bullet, but fighting through the pain and blood loss, he continued to fight to free his men from the onslaught. 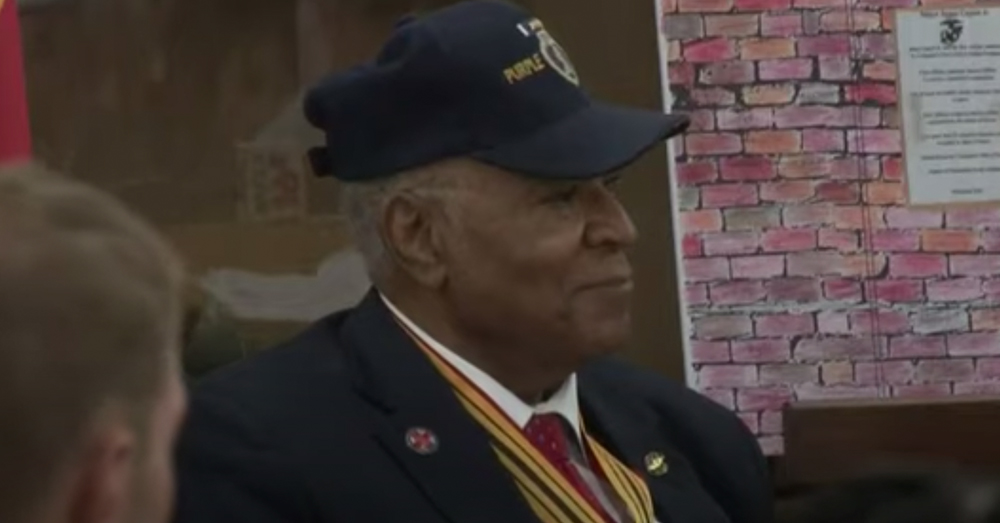 During that engagement, the entire team was wounded and their service dog, King, was killed in action. A CH-34 evacuation helicopter came and he ordered his men to get aboard while he continued to hold off the NVA with his M-16, all the while calling in danger close air strikes and artillery. The helicopter was overloaded and Capers made the incredible decision to order the team to go and to take King’s body with them and he would stay behind, most likely to face certain death.

“I figured it’s better to lose one man than to lose the whole team,” he said. “Any commander worth his salt would care for his men before himself.”

But it works the other way too. His men would not leave him behind. 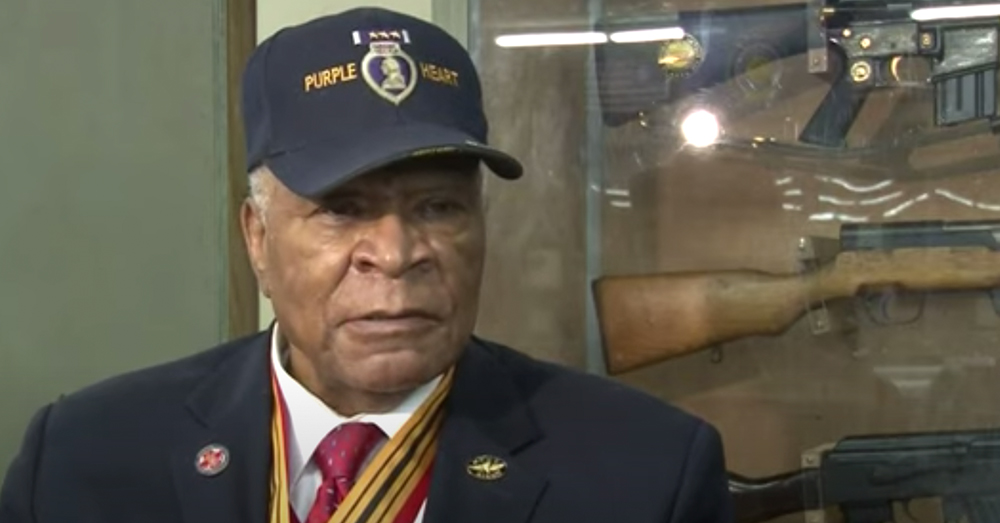 Source: YouTube/News 19 WLTX
Major Capers was nominated for a Medal of Honor in 2008.

Capers was put up for the Medal of Honor in 2008. For reasons that have never been explained, that award was downgraded to the Silver Star. He was also awarded two Bronze Stars with “V” devices and three Purple Hearts while serving in Vietnam.

In the 1980s, Capers became the face of the Marine Corps. His strong image graced the recruiting posters for much of the decade. Many Marine officers entered the Corps, inspired by that image of Capers and by his story of incredible skill, professionalism and excellence. 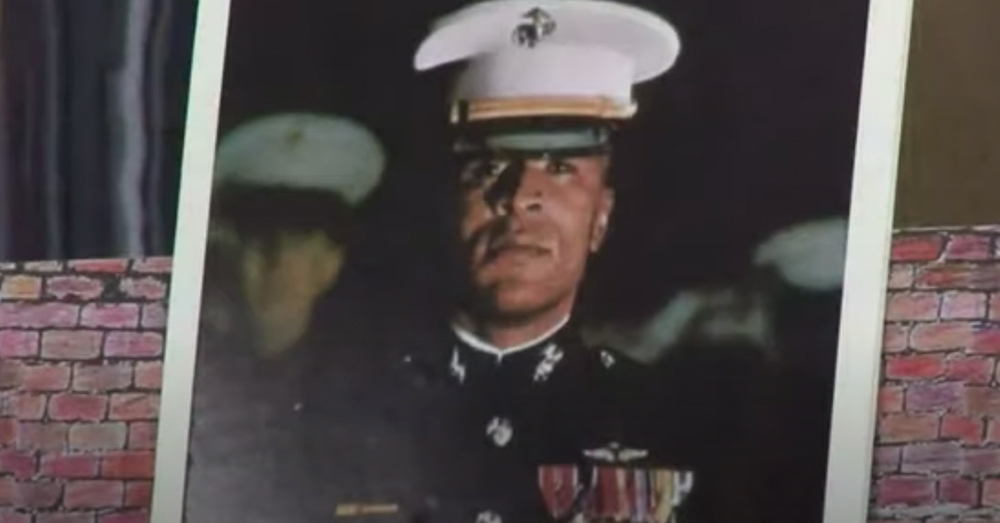 Source: YouTube/News 19 WLTX
Major Capers was the face of the Marine Corps during the 80s.

But there is one other thing that I was struck by in this man. He believes in something even more important and of higher value than any awards for courage on the battlefield, something that carried him through the realities of Jim Crow in his youth and in his early years in the Corps; he believes in the power of forgiveness and the inner strengths that allow one to overcome adversity in all of its forms, at home or on the battlefield. He is a man worthy of being emulated by all of us.

The Veterans Site honors the character, the courage, the dedication to professionalism and excellence that Major James Capers has shown us throughout his life, and especially in his 22 year Marine Corps career. In our estimation, he is worthy of the Medal of Honor. But more than that, he is worthy of the admiration of every American for the model of human dignity that he has shown us both in the Corps and out.