We all know the larger story of the Normandy Invasion that started with beach landings on the Normandy coast on June 6, 1944, otherwise known as D-Day. We know about the colossal struggles that went on that day on those beaches. We know about the monumental importance of that day in bringing about the beginning of the end for Hitler’s Third Reich and the horrors it had brought to the world. But on that day, each man experienced his own immediate, personal and intimate story of his own horror and of his own internal struggle for courage in the face of fear that day. This is one of those stories.

This video tells just one of those more immediate and more intimate stories. It is the story of a 19 year old, United States Coast Guard Gunners Mate 3rd Class, Frank DeVita. He was, as he will tell us, a skinny kid from Brooklyn who found himself in the middle of one of history’s biggest battles and one of the defining moments of WWII. He was trained as a Gunners Mate, but on that day, he was assigned to one of the Higgins Boats, the landing crafts that would bring the soldiers ashore to hit the beaches. 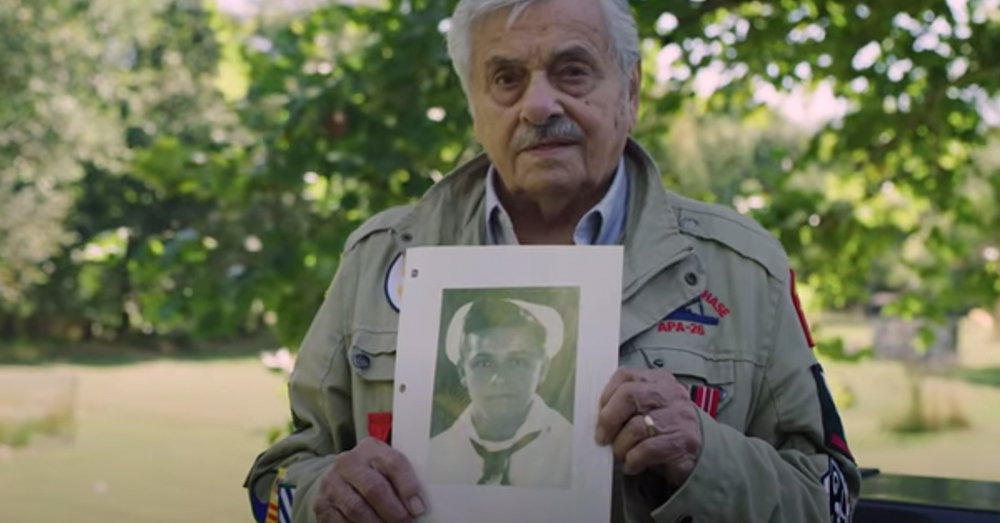 This is a harrowing story. It is as up-close-and-personal as they get. You will see, too, that the memory is still as vivid to him in his old age as it was to him that day so long ago when he was just 19 years old. The emotions are still as intense as they were that day and are right there on the surface as he tells his story so many decades later. What he saw and did that day is beyond the comprehension of most people. DeVita is a regular guy, the image of the common man. Listen as he very humbly tells of his own personal experiences and how he conducted himself throughout the long, bloody hours of that day. 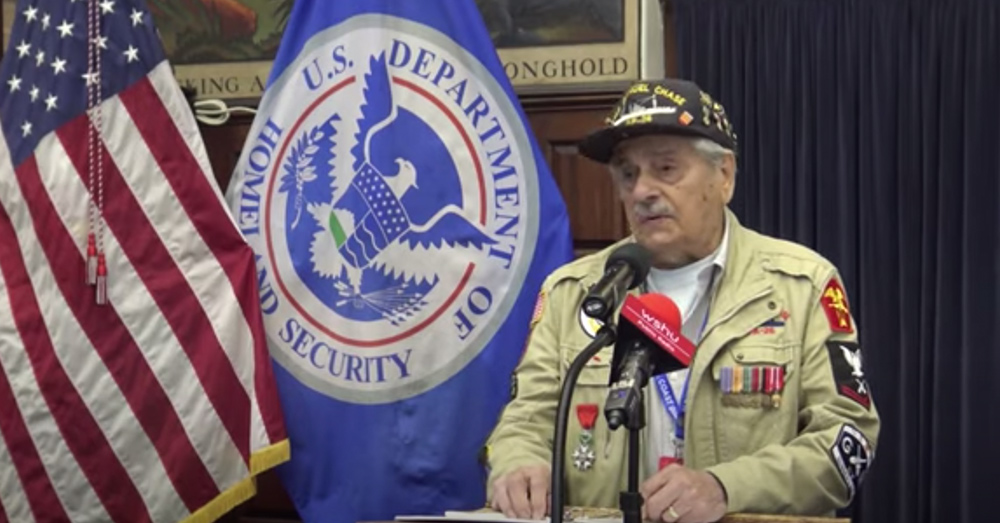 Source: YouTube/U.S. Coast Guard
DeVita was assigned to a Higgins Boat during the Allied landing at Normandy.

DeVita will tell you about the first trip into the beach, about the machine gun fire hitting the steel ramp of the Higgins Boat, and his hesitation to lower the ramp. He will tell you what he witnessed when the ramp finally did go down and his own intimate reactions to it all. He will tell you how he struggled with the horrors as they were unfolding all around him. He is not shy of telling us about his own inner dialogue, at one point questioning whether to get back into that Higgins Boat, number 28, or to stay aboard his ship. He did the calculus in his mind. If he didn’t go back, someone else would have to take his place and, if that man got killed, DeVita would have to live the rest of his life with that on his conscience. 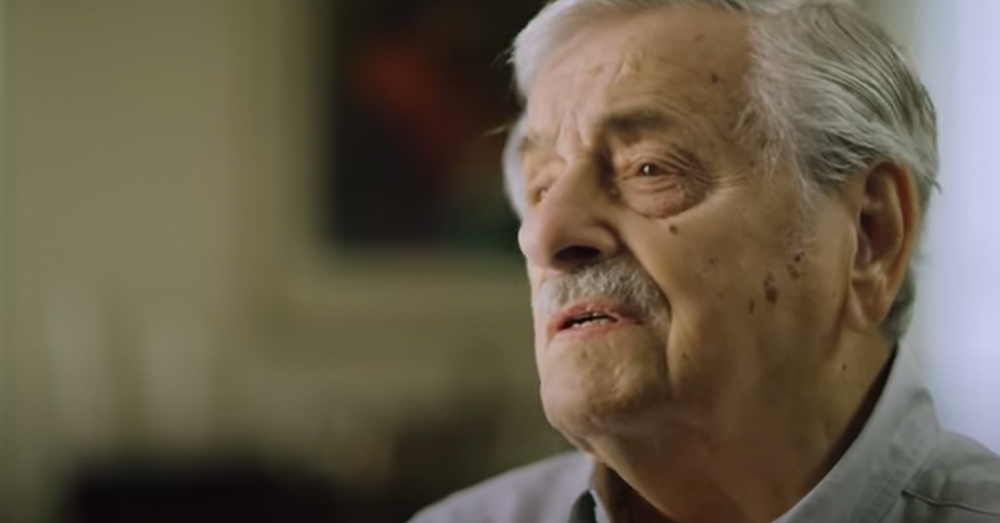 Source: YouTube/Knights of Columbus Supreme Council
DeVita ferried soldiers back and forth from his ship to the beach 14 times on June 6, 1944.

DeVita did go back to his Higgins Boat and continued to take wave after wave of units from the Army’s 1st Infantry Division, The Big Red One, to the broad, sandy shores of Omaha Beach that day. He would go back and forth from his ship to the beach 14 times that day, watching those soldiers from his boat as they struggled ashore under such intense machine gun fire, so many of them falling to the gunfire while still on the boat, and in the waters before the beach and on the beach. Each time, the boat would pick up the dead and the wounded to return them to hospital ships or to his own ship, which had two doctors and six Corpsmen on board.

At the end of the day, they had taken 308 KIAs back to ships from the beaches.

This man and his story will hold your attention. He is a simple man who went through Hell on that one day and lived to tell us about it. He is one of those we have come to know as the Greatest Generation.

The Veterans Site honors the immense courage that each man who went ashore that day in June of 1944 on the beaches at Normandy. Coast Guard Gunners Mate 3rd Class Frank DeVita was just one of them, but his story brings that intimate struggle of that day to us these seven and a half decades later with a powerful intimacy. We offer the small token of our eternal thanks to Frank DeVita and all who fought, and died for the cause of freedom in WWII.

Veteran Who Used To Live In A Truck Receives A Mortgage-Free...