Retired U.S. Marine and former Saddleback College wide receiver Phillip Blanks may not be playing much football these days, but he’s not out of shape, either. The veteran saved the life of a child who was dropped from a third-story balcony as the building burned.

According to Phoenix news site ABC15, Leonard Thompson and his fiance, Juanita Williams heard their fire alarm going off after the fire started in the apartment below theirs. They helped the family in that apartment get to safety before Thompson went back inside to help others.
He approached the apartment of Rachel Long, 30, and her two children. 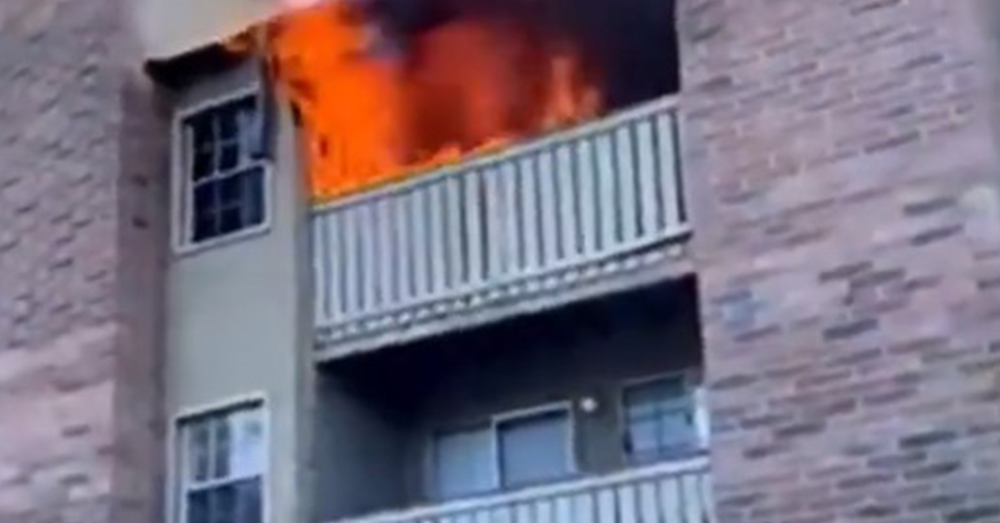 Children rescued from the blaze

Thompson took the 8-year-old girl down the apartment stairs and back outside. That’s when Williams saw Long at the balcony, throwing her baby from the fiery inferno. Below, Blanks moved with great speed to save the child’s life. 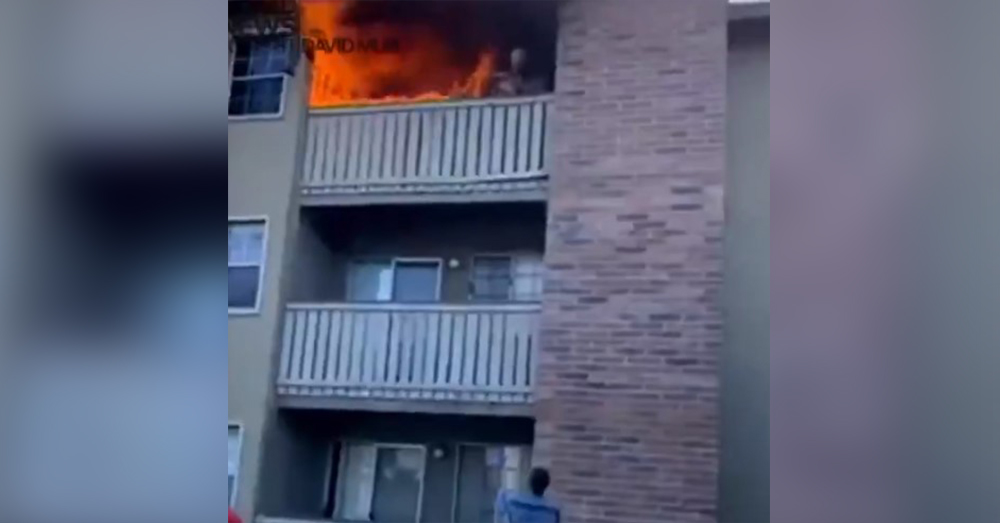 “Ultimately, this is my job,” Blanks told MLive.com. “It was all fast, it was a blur. It was tunnel vision as I was running. I didn’t see anything but the baby.”

“He was twirling in the air like a propeller,” he continued. “I just did my best. His head landed perfectly on my elbow. His ankle got twisted up as I was diving. The guy who was there with me – it looked like he wasn’t going to catch him. So that’s why I stepped in. I just wanted to make a better catch.” 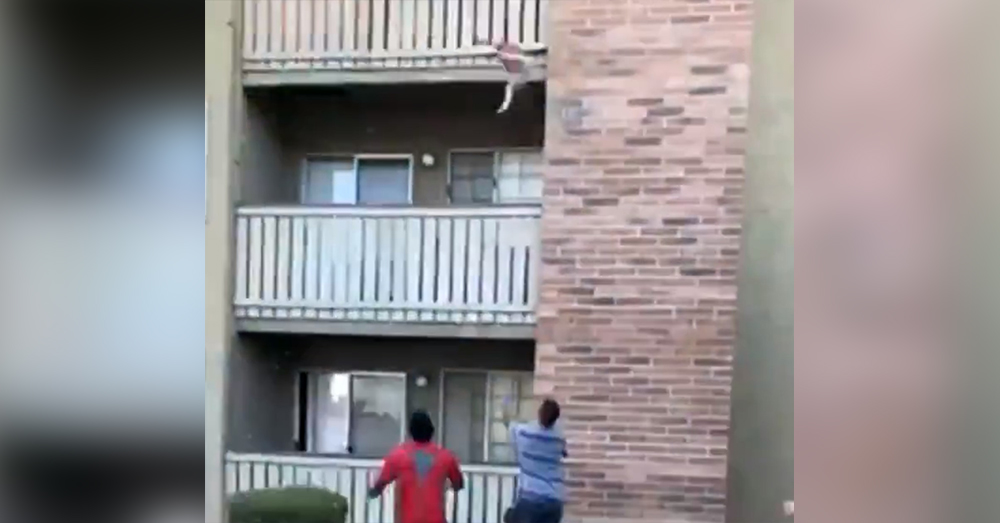 Source: World News Tonight
The baby is tossed from the third story balcony.

Both children were rushed to a Phoenix hospital. They suffered serious burns but are expected to survive. The fire also destroyed an apartment next door to Long’s. The couple who lived there tossed their 4-year-old son and small dog from the third-story balcony to people helping below, though none reacted so quickly as Blanks.

“I’ve learned how to catch a football,” he said. “So I’ll give some credit to football.” 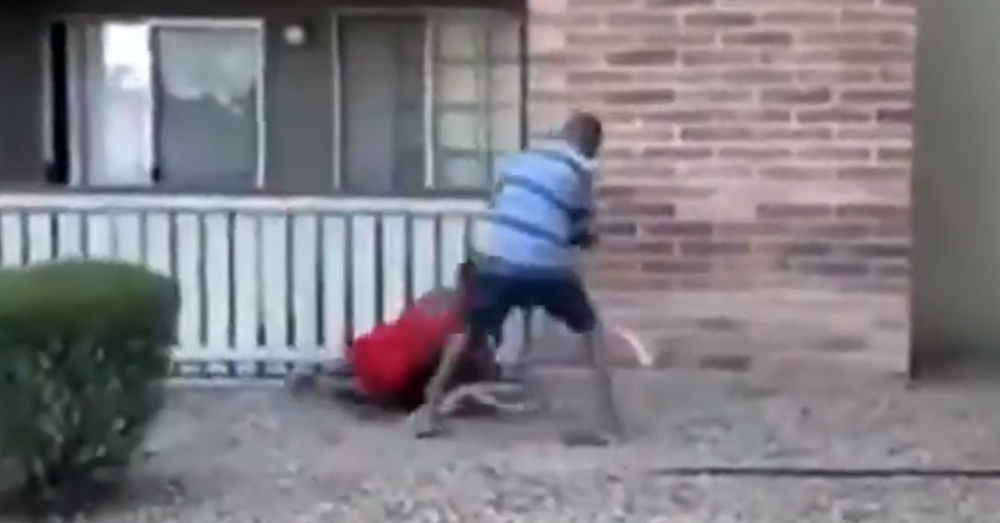 Source: World News Tonight
Blanks caught the baby before he hit the ground.

Blanks has since been asking local hospitals about the children. He knows they’ve lost their mother, and may be feeling alone and vulnerable.

“I would honestly like to be involved in the kids’ lives,” he said. “I know they had a traumatic experience and I know that their lives have changed forever.” 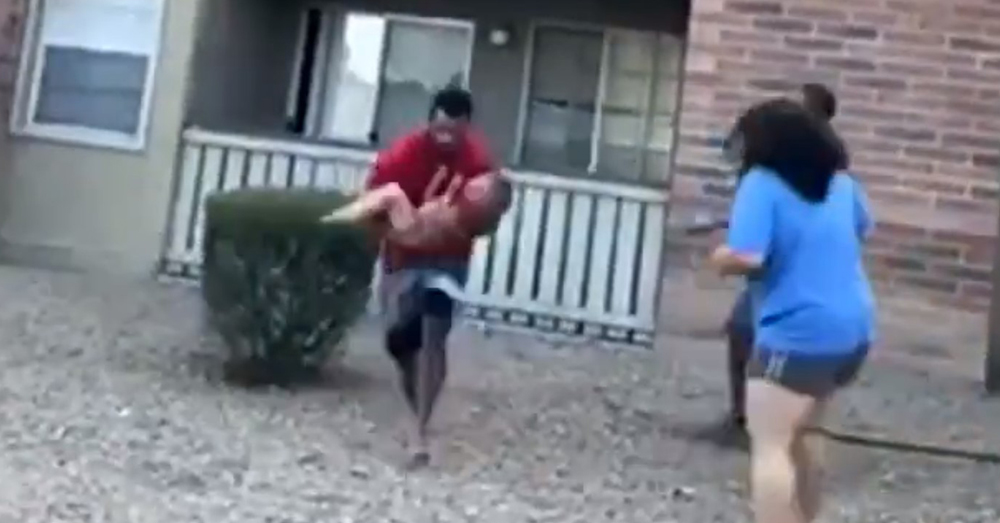 Source: World News Tonight
The baby and his sister were rushed to a nearby hospital.

See Blanks catch in the video below.

LIFESAVING CATCH: Eyewitness video shows Phillip Blanks – a former college wide receiver – sprint to the scene of a third-floor apartment fire in Phoenix before catching a small child thrown from a balcony; the mother of the child did not survive. https://t.co/CyIuiva87p pic.twitter.com/egzOxE5bFr

Trainers Representing Ageless Grace on the State and National Stage!