Capt. Albracht and his Montagnard CIDGs at Firebase Kate had been in the middle of hell. He was being hammered by a force of 6,000 NVA from the 28th and 66th NVA Regiments for three days when on November 1, a US Air Force plane intercepted an encrypted order from the NVA B3 Front Command to the commanders of the 28th and 66th Regiments that ordered them to “Overcome all resistance and take Firebase Kate immediately.” 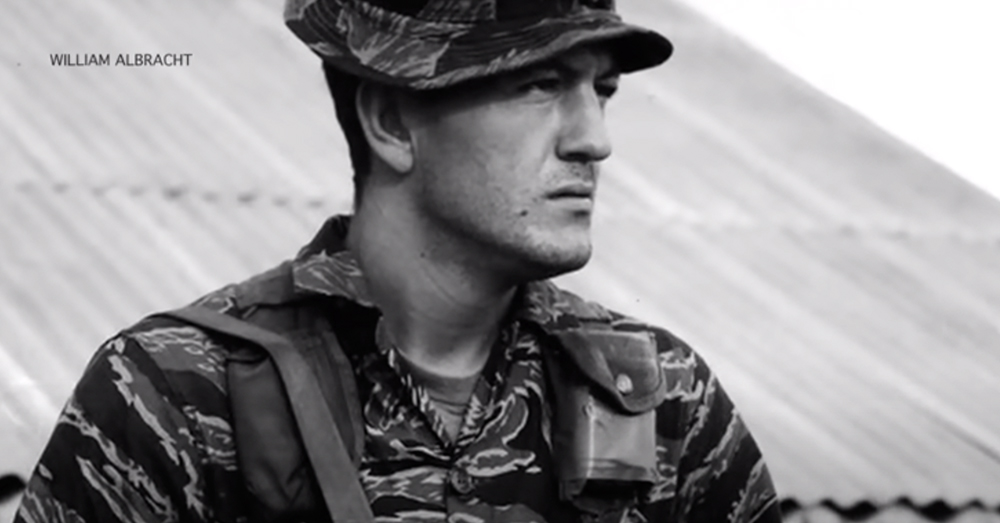 By midday the enemy forces were seen pouring out of the jungle to press their final assaults on Kate. By this time in the battle, all of Kate’s artillery pieces had been destroyed and Capt. Albracht’s men were dangerously low on ammunition and water. For some reason not revealed to Capt. Albracht, though the U.S. Fourth Infantry Division and the Army of the Republic of Vietnam (ARVN) 23rd Infantry Division were both within striking distance of Firebase Kate, neither responded with relief forces.

Albracht felt that he had been abandoned in that hell and was on his own. There has been much speculation on why the infantry did not respond, but that is for someone else to look into. This lack of response, in its own way, only increases the story of Capt. Albracht’s uncommon valor at Firebase Kate. 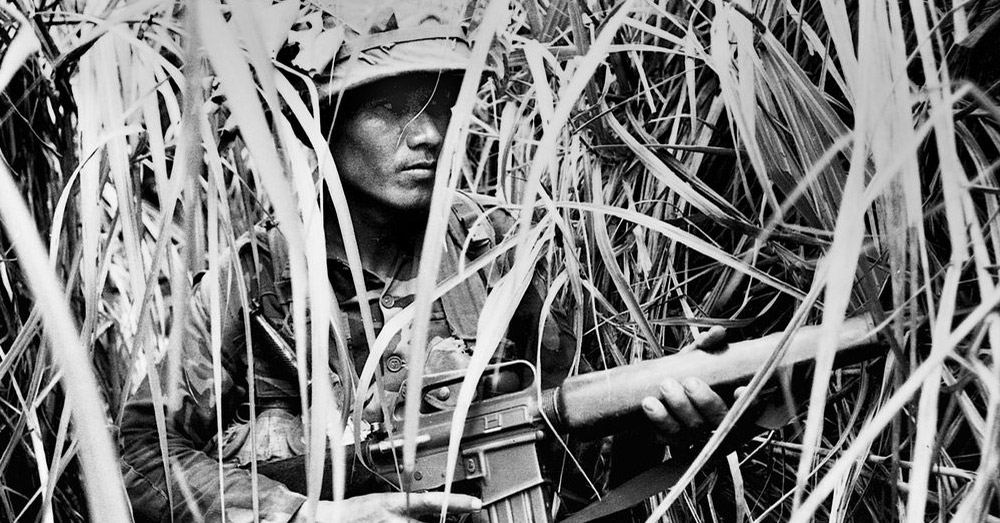 Source: Pinterest
Albracht led his men through the elephant grass to safety.

Later in the afternoon, Albracht received word that a reinforced battalion from Detachment B-20 of the II Corps Mobile Strike Force, also known as Mike Force, was going to launch an air assault near Kate to then fight their way to the base. But when they attempted this assault they were met with extremely intense enemy ground fire and only two of the Mike Force companies were able to get on the ground. They were met with superior force by the NVA and had to withdraw further from Kate by several kilometers. Mike Force sent a message to Capt. Albracht that a platoon-sized element was being sent to a position near the Firebase.

Albracht had repeatedly requested permission to abandon the firebase. He was finally given the go ahead to do so.

The plan was to meet up with the Mike Force platoon, which would then guide them to the rest of the rescue force. It was 1900 hours when Albracht ordered his men to destroy all classified documents, the heavy equipment and radios and to spike the inoperable artillery pieces. He then assembled his men at the North end of the base perimeter but the expected aerial support in the form of Huey gunships failed to arrive due to mechanical problems.

They would have to make their move without the aerial support. 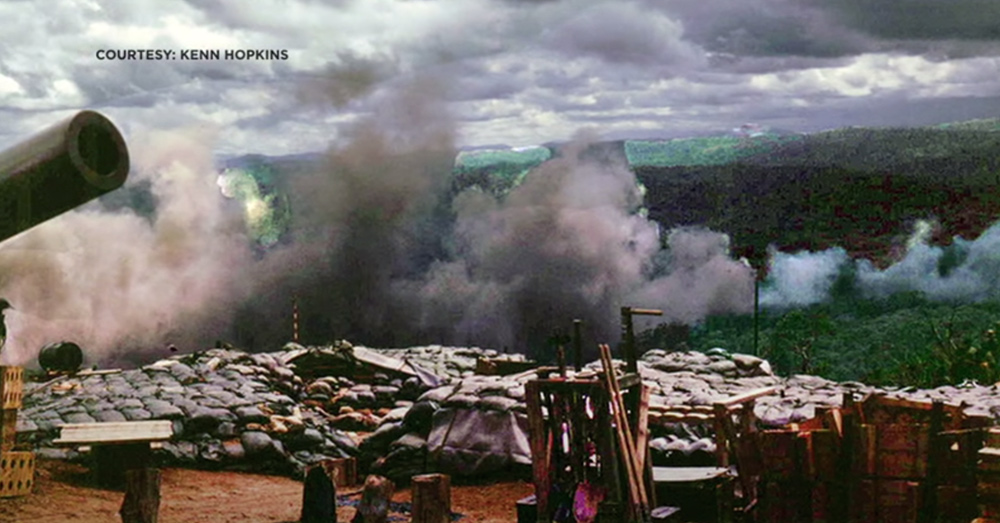 Source: YouTube/Stephen Dix
Firebase Kate was taken over by the NVA.

Albracht moved quickly to the South end of the firebase to make sure no one had been left behind. When he arrived there, he could literally hear the NVA snipping the barbed wire defenses nearby. The enemy at that moment lobbed several mortars into the firebase and sent up some illumination rounds. Albracht rushed back to the North end and got his men into single file and headed out of the firebase toward the little hill to their North called, ironically, Ambush Hill.

The point man froze at the narrow opening in the jungle that led to Ambush Hill, it was a natural place for an ambush. Without hesitation Albracht took the point and began leading the column into the darkness.As they entered the jungle, an NVA machine gun opened up and scattered his men. He had to scramble to reorganize them and then they continued on in the darkness in the direction of the Mike Force platoon, he hoped. That’s when he was told that the platoon-size force had not been sent forward, and that he was going to have to find his way to the larger Mike Force element on his own.

All he had was an approximate location, maps and a compass to accomplish this in the dark. 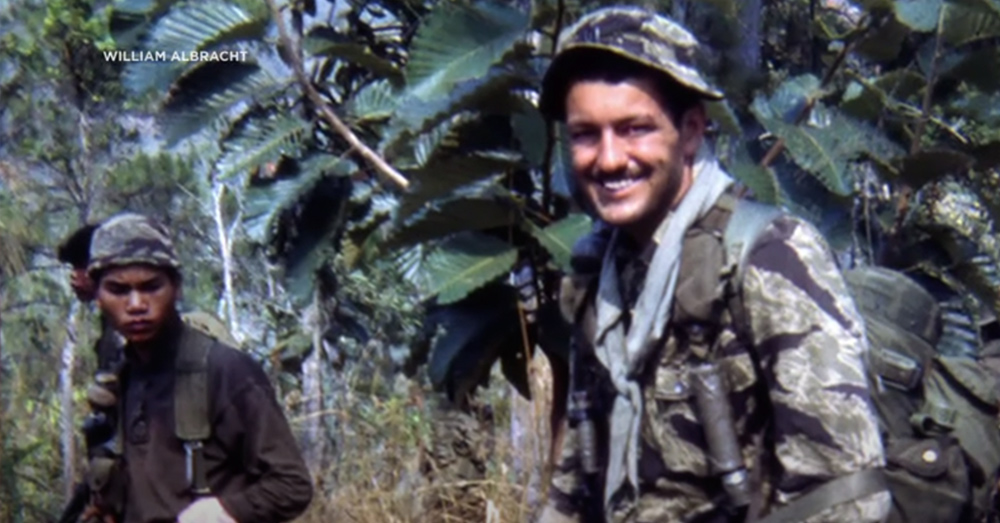 Source: YouTube/Stephen Dix
Albracht led his men for miles through the dark jungle.

Though he was exhausted by the fight and his own wounds, Albbracht continued to lead his men forward into the darkness of the jungle. He halted his men after several minutes and they heard footfalls in the forest near them. He ordered everyone to get down flat and to stay still. For the next several minutes they listened as a large force of NVA rushed by them on some nearby path only meters away. When it had been silent for some time, then, Albracht got his men moving again. They moved through the jungle for the next three hours when they came upon an open space. Albracht moved out alone into that space looking for identifiable terrain in the moonlight to get his bearings on.

He was unable to see anything useful, so he led his men for another two hours through the darkness. They reached a large clearing surrounded by jungle that was covered with waist high elephant grass. Albracht felt that the relief force would be nearby. Suddenly he heard the distinct sound to metal on metal coming from the other side of the clearing. Maybe somebody locking and loading his weapon. He radioed the Mike Force to confirm where they were. The Mike Force commander, fearing the same possibility of being lured into a trap and being killed or captured, insisted that Albracht send a man across the clearing.

In yet another act of unbelievable courage, Albracht went himself. 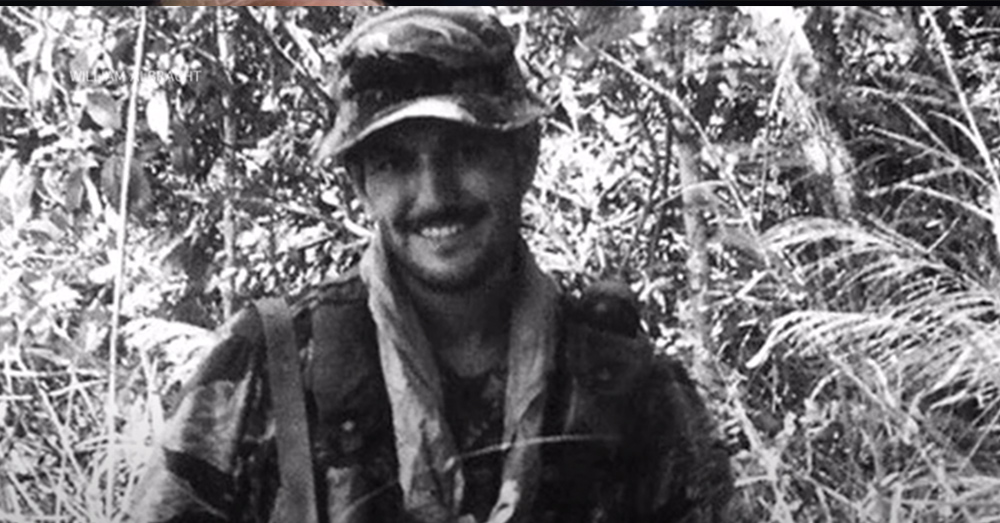 Source: YouTube/Stephen Dix
When the team reached a large clearing, Albracht himself went out into the open to investigate.

As he went he called out in a calm voice over and over again, “I’m an American. Are you the Mike Force?” He was getting no response. Not knowing what might happen he continued on until he ran into one of the Mike Force soldiers.

Albracht exposed himself again to cross that open space to get his men. They all crossed it again and Mike Force led Capt. Albracht and his men for another 5-hour hump through the dark jungle until they reached the safety of the Special Forces Camp at Bu Prang. What Capt. Albracht at 21 years of age accomplished over those 5 days at the end of October and beginning of November in 1969 was Vietnam’s first and only intact unit escape through enemy-held territory by an encircled US or Allied force. Albracht was awarded a Silver Star for his actions at Firebase Kate and the escape.

That award was received decades later and you won’t believe how. By mail. 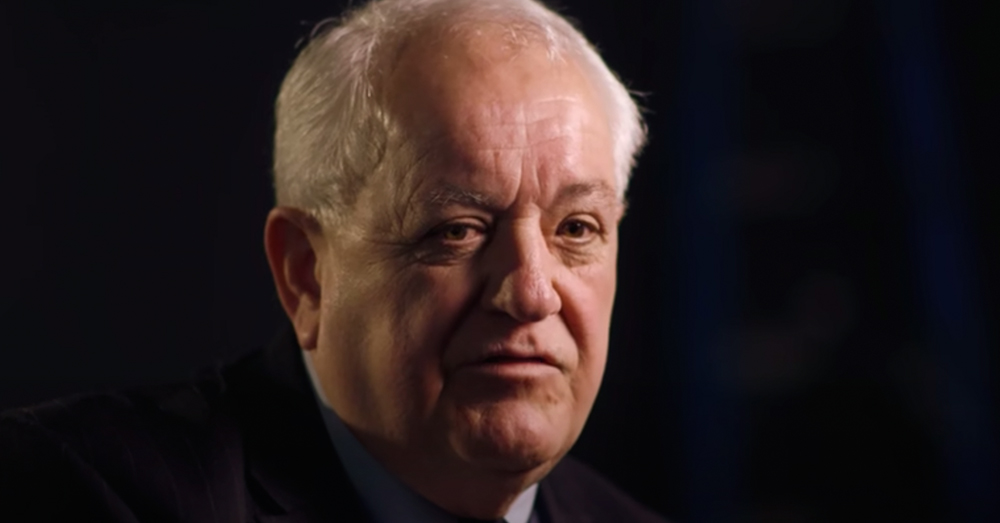 I believe you now have a good sense of why there is an effort that has been going on for some time now to get Capt. William Albracht’s Silver Star upgraded to the Medal of Honor. In the next two articles I will tell the stories of the only two Americans who were killed in action during the battle for Firebase Kate and about the efforts that have been ongoing to get the Medal of Honor for Capt. Albracht.

For your further information on this story, there is a book co-written by Marvin J. Wolf and Capt. Albracht called, “Abandoned in Hell.”

There is also a documentary by the same name that can be found on YouTube that includes the radio communications between a “Spooky” gunship pilot and Capt. Albracht as the Spooky provided aerial support for Firebase Kate over those days. You can hear both men’s voices very clearly. It is really very moving.

A Tribute To Hilton Carter: Another Tuskegee Airman Goes Home