The battle at Firebase Kate began on Oct. 28, 1969. That small hilltop forward artillery base was manned by 27 U.S. Army artillerymen and 132 Civilian Irregular Defense Group Montagnards under the command of 21 year old Cpt. William Albracht, the youngest US Army Capt. in Vietnam.

Meanwhile, 6,000 NVA troops of the 28th and 66th Infantry Regiments of the NVA were attempting to cut the Republic of Vietnam in half. Firebase Kate was in their way.

You have read the account of that battle from the point of view of Capt. Albracht’s actions during the siege and the subsequent escape that he led his men through until they reached the safety of the Special Forces Camp at Bu Prang in Quang Duc Province of South Vietnam’s Central Highlands. The following is an account of two Americans who died in that fight; 1st Lt. Ronald Ross of Muskego, Wisconsin and Chief Warrant Officer (CWO 2) Nolan Black. Flying alongside them were CWO2 Maury W. Hearn, 22, SP5 Douglas H. Lott, 22, and SP4 Clyde L. Canada, 19. 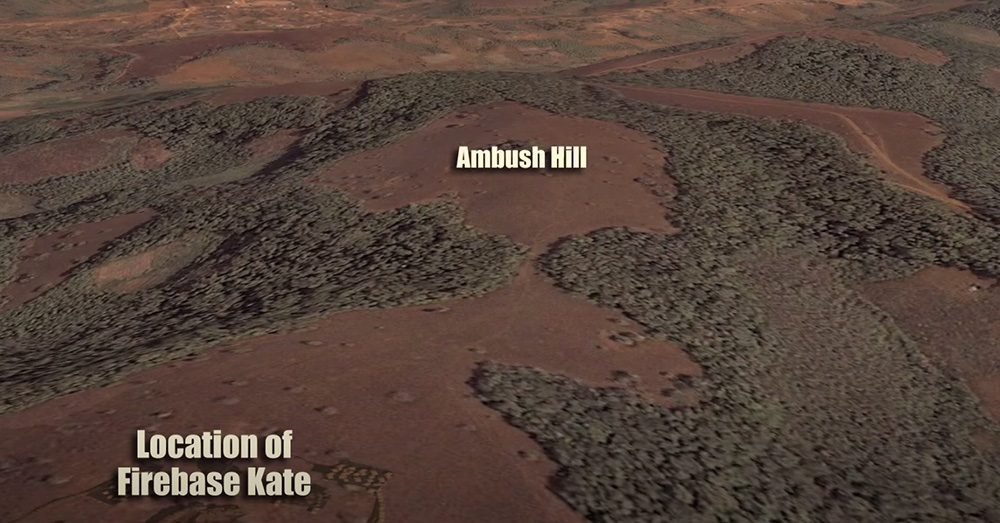 Source: YouTube/edpvideo
Firebase Kate was located at the top of a hill in the jungle.

On October 30, the third day of battle, CWO 2 Nolan Black was piloting his Huey gunship in support of the beleaguered troops on Firebase Kate. The base was being assaulted by a 500 man enemy force as well as being hit continuously by mortar and rocket fire.

Those who have been there know that those gunship pilots were as courageous and determined as they come.

Black was making runs at the enemy with his gunship pouring out everything he and his crew could to force the assault back off of the guys on the base. The enemy was responding with their own weapons just as furiously. CWO Black’s gunship took a direct hit from an RPG round and went down into the surrounding forest. 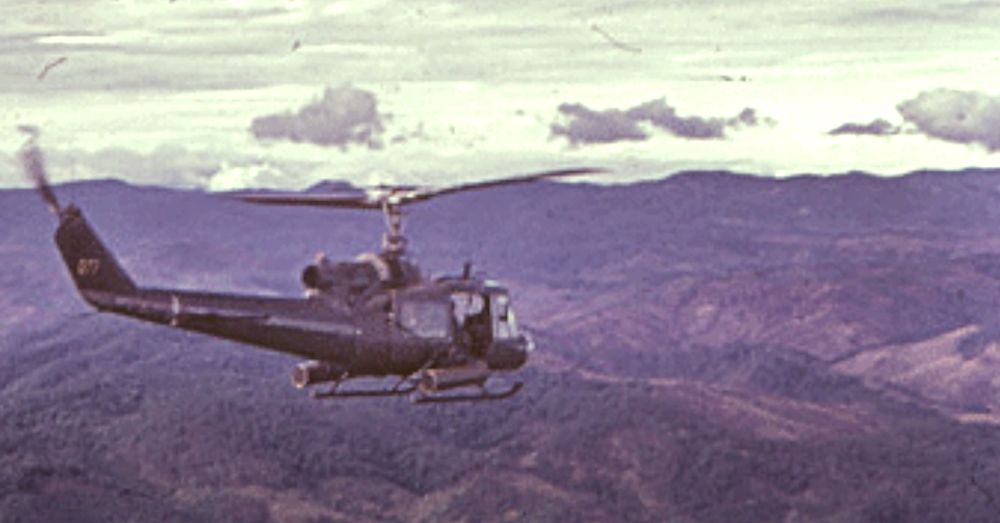 Source: YouTube/edpvideo
Gunships and other support were called in to assist Capt. William Albracht and his team.

Back home in Wisconsin, his wife, Carol Black, was doing some sewing after putting their daughter to bed. It was 11:30 at night when she heard a knock at her front door. The time of night made her leary of who it might be. She opened the front door but kept the screen door locked. In a memoir she has written she says, “A male voice said, Mrs, Black, I need to come in and talk to you about something important.” She refused at first, until she heard him pause and say, “It’s about your husband, Nolan.”

The man at the door was Maj. Patrick Morrisey from Madison, Wisconsin. He told her, “I have received word from Washington, DC. I’m sorry to inform you that Nolan’s aircraft has been shot down in Vietnam and he is listed as Missing In Action.” 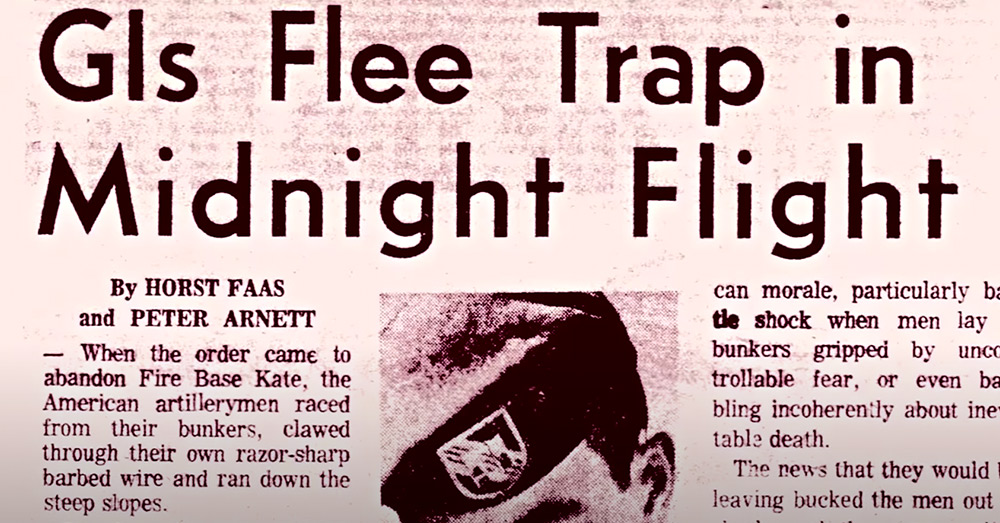 He told her that an official telegram would arrive later that day by Yellow Cab. Carol Black later went with Maj. Morrisey and her Pastor to tell Nolan’s mother of the situation. She called her own father in the morning at 7 a.m. to tell him. She describes her father as having been her rock throughout those days.

During this time they all held out hope that Nolan was alive and avoiding capture with his crew.

Major Morrisey returned a few days later with the news that none of them wanted to hear. Morrisey told them, “It is with great sadness I am here to inform you that Nolan had officially been listen as Killed In Action.”

Carol felt that strange numbness overwhelm her again, but her father remained calm and got all of the necessary information about what would happen next. Carol heard Maj. Morrisey explaining the tradition of the body being accompanied by a military escort. She asked if a friend of theirs, John Blessing, who was also in Vietnam serving at another location in a medevac unit, could be her husband’s escort. She was assured that he would be notified and would be Nolan’s escort home. Nolan’s body with John Blessing as his escort arrived home a few days later. 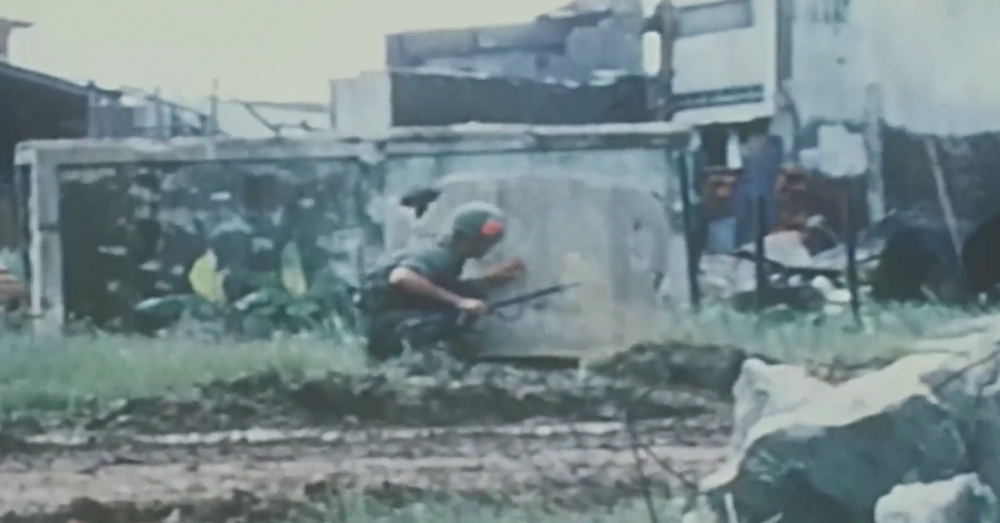 We must never forget the Gold Star families of our fallen heroes. We honor the memory the heroism and the sacrifice of CWO 2 Nolan Black in Vietnam. We also keep his family, his wife Carol and daughter Laura in our thoughts and prayers for the great loss and sacrifice that they, too, have endured.

Why he was sent to replace Smith when all three of the artillery pieces on Firebase Kate had already been destroyed by enemy mortars and rockets is a matter of speculation. What we do know is that Lt. Ross was three days shy of going on R&R to Hawaii. He would have joined his wife and the infant son who had been born after he had arrived in Vietnam, and whom he would be meeting for the first time. 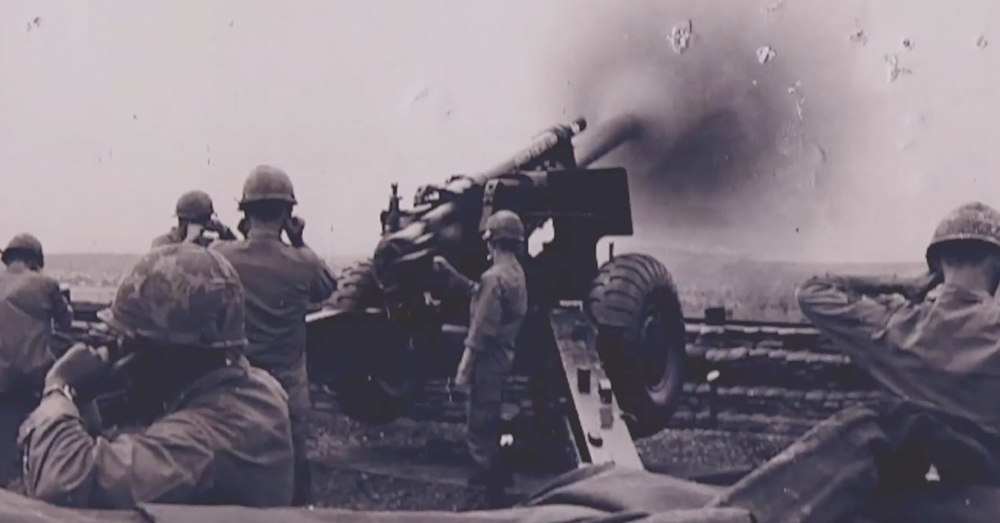 Lt. Ross arrived at Firebase Kate right before a major assault took place. The base was being hit with mortars and rocket fire. Capt. Albracht had just met Lt. Ross in a bunker moments before. When the shelling began, Albracht had to get back to the command bunker which was 30 meters away across open ground. He told Lt. Ross to wait until he had gotten to the command bunker before making his move. As it turned out, Ross was right behind Albracht.

Albracht told Ross’ son John, years later when the younger Ross finally found Albracht and arranged to meet him, “I saw this B-40 rocket and this orange tail coming at us. As soon as I made it to the bunker it blew up. A piece of shrapnel caught Lt. Ross in the neck. It struck a major artery.”

He told Ross’ son, John, that “Ross fell into my arms and as I looked into his eyes, he just drifted away.” 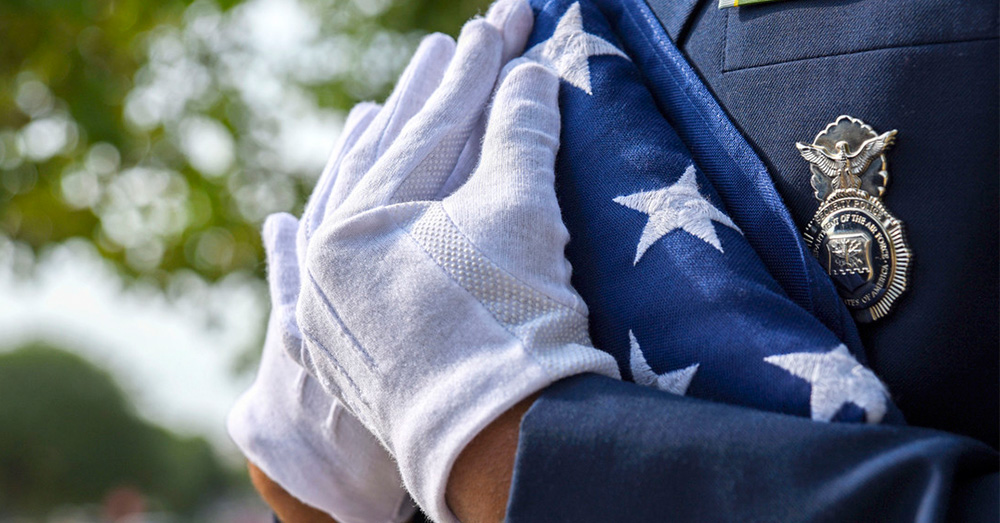 Source: U.S. Department of Defense
The families of the deceased were notified at home of those who died in the battle.

John Ross thanked Bill Albracht for sharing that with him. It helped bring closure after all those years since his father was killed in action.

We also hope and pray that the story of Capt. William Albracht and Firebase Kate will finally result in his being awarded the Medal of Honor. His actions at FIrebase Kate certainly seem to fit the guidelines. We honor him and thank him for doing what he did during those hellish 5 days in Vietnam in 1969.

10 Ways to Save Money Traveling and Still Have Fun