This video is of an award ceremony held at Camp Lejeune, N.C. on May 3, 2013. It was held in honor of Cpl. Christian A. Brown’s actions in a battle in Helmand Province, Afghanistan, in 2011. He was awarded the nation’s third highest medal for courage on the battlefield, the Silver Star.

Cpl. Brown was a Lance Cpl at the time of the incident who had been made the squad leader of the 1st squad, 2nd platoon of his company in the 1st Bn., 6th Marines only one week before. While on a patrol, his unit came under intense enemy fire from multiple positions by a numerically superior force of Taliban fighters.

He immediately began to direct fire from his squad at the various enemy positions, he coordinated with nearby units, and recognizing that a landing zone (LZ) would need to be established to medevac his wounded Marine. He led his men through heavy enemy fire to the new LZ some 300 meters away, while at the same time he carried the wounded man on his back to the LZ. 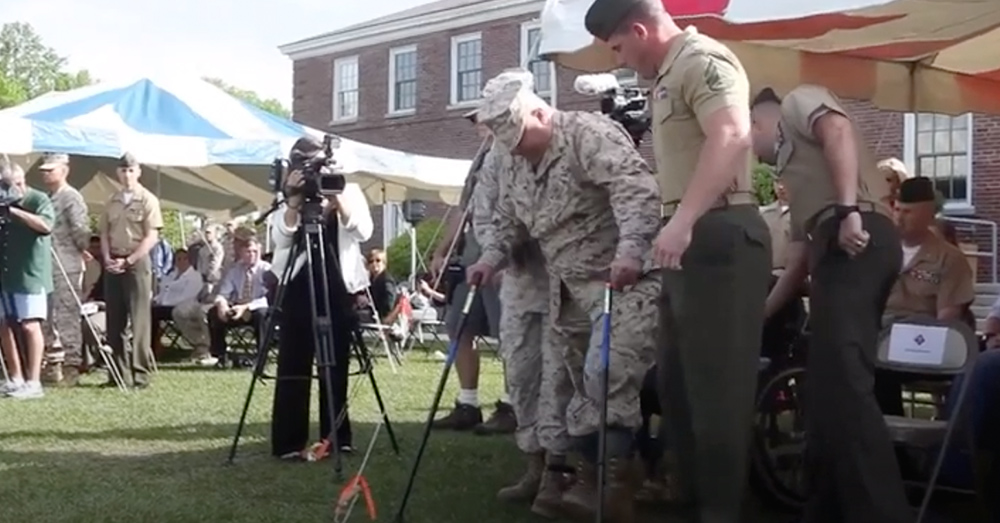 At the LZ, still directing his men in continuing to lay down suppressing fire on the enemy, Cpl. Brown helped get the wounded Marine aboard the medevac helicopter. According to Battle Rattle, Brown said that “the morale of his young inexperienced team members and the life of his wounded Marine, Lance Cpl. Christopher Levy, depended on him staying cool and thinking fast.” 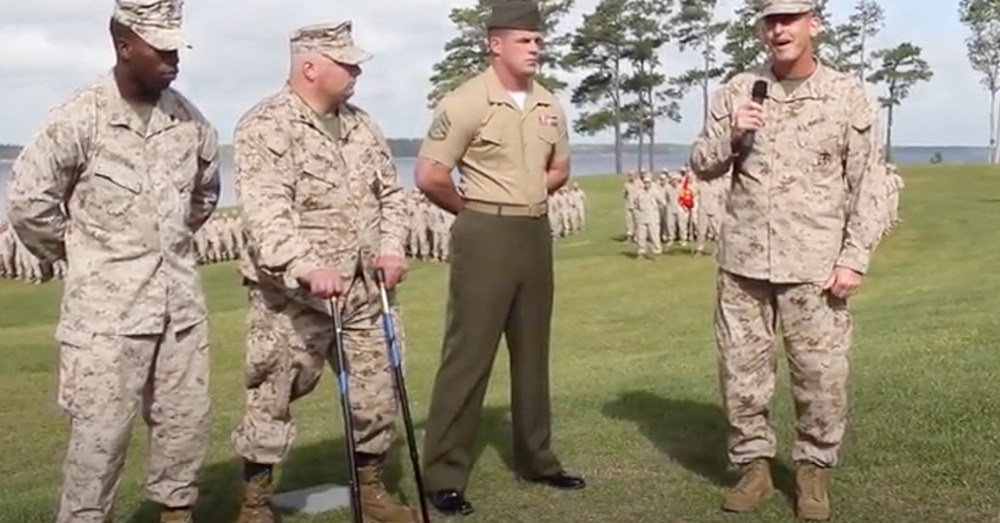 After the medevac left with his wounded Marine, he went back to leading and directing his own squad in taking the fight to the enemy. He continued to do so until the enemy withdrew. 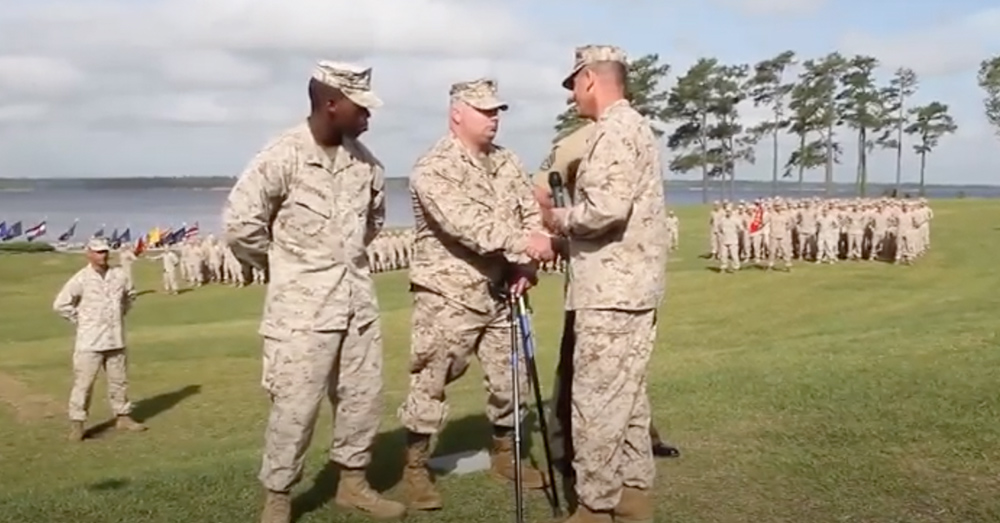 Source: YouTube/
USA Patriotism!
Brown was awarded the silver star for his actions in Helmand Province, Afghanistan, in 2011.

On his second deployment to Afghanistan, Cpl. Brown lost both legs on December 13, 2012, when he stepped on an IED while leading his squad on a foot patrol in Helmand Province again. The explosion took one leg above the knee, and the other, below the hip.

The Veterans sends its deepest respect, honor and thanks to Cpl. Christian A. Brown. As the Commanding General says at the end of this video, the Marine Corps and the nation are proud of you and of your leadership and modeling to your fellow Marines across the Corps.

Tiny Home Community To Be Built For Homeless Veterans In Georgia

Jon Stewart Is Standing Up For Burn Pit Veterans, Many Now...