Several days ago there was an explosion aboard the USS BonHomme Richard (LHD-6) at the San Diego, CA Naval Base and extremely intense fires have been burning ever since. She was undergoing repairs and updating when it happened.

The original event injured over 50 US Navy and civilian personnel. And for the last several days the fires aboard her have been fought by federal fire fighters and Navy sailors, from the air and from tugboat fire fighting vessels alongside her. 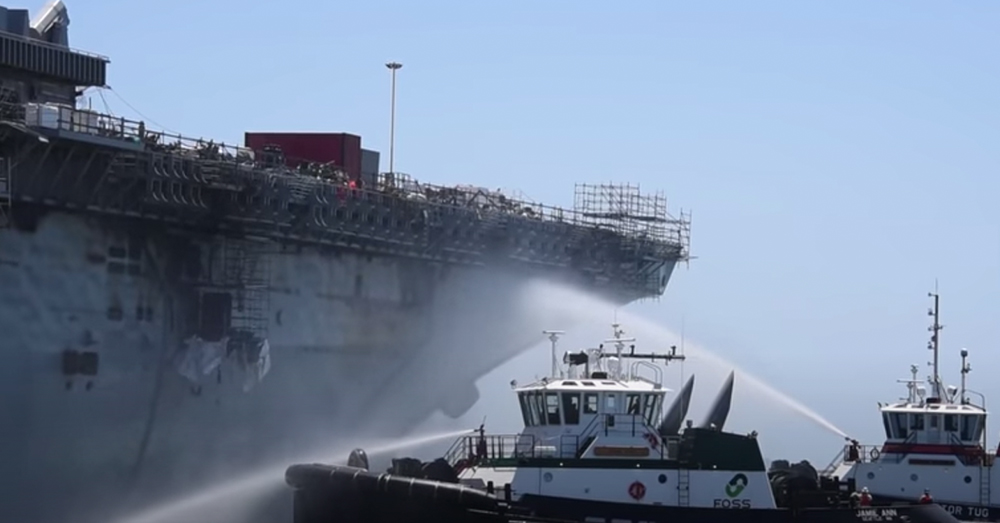 For example, since it began, US Navy MH-60S Seahawk helicopters have dropped 1,500 Bambi Buckets of water on the superstructure and flight deck. The fire boats alongside her kept up steady streams of water against her hull and flight deck in determined effort to both to fight the fires and to cool the superstructure enough for Navy and Federal firefighters to board her and begin to tamp down the fires on board.

As you can see in the video, the smoke from the onboard fires has been considerably knocked down and the fight against the fires has now been taken aboard her again. You can see, too, that the forward superstructure has been badly damaged by the intensity of the fires. There is also about a million gallons of fuel aboard, hence the constant and continuing efforts to cool the ship down. 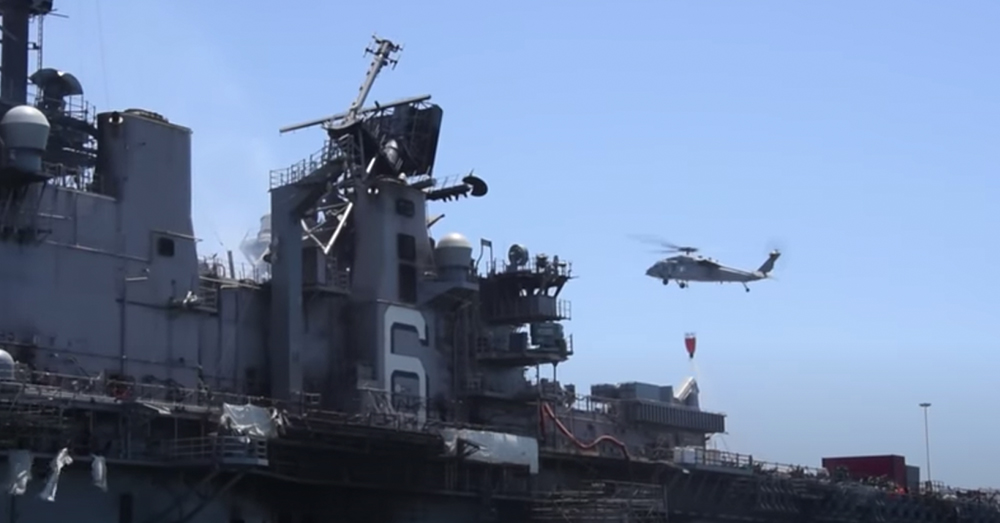 Source: YouTube/U.S. Navy
There are hundreds of thousands of gallons of fuel aboard this ship, which could catch fire.

The USS BonHomme Richard, the third ship to be named that in U.S. Navy history, is an Amphibious Assault ship, designed to deliver Marines and their helicopter air support to wherever they might be needed. Many Marines and Sailors who have served aboard her have been sharing memories of their service, as well as concerns and sadness over the fires, on social media over these past few days.

The Veterans Site sends its thanks to all who have been engaged in the fire fighting efforts to save the USS BonHomme Richard. We are very happy to know that all who were injured are safe and no one was killed in the event.

May she be returned to duty in the future. To all her sailors and Marines we wish them a future of Fair Winds and Following Seas.