Detroit was in danger of losing a turf war over its public spaces to time and neglect. Then a new gang rode into town.

Members of the Detroit Mower Gang have been cursing back the grass and weeds at parks and public spaces where children play in their town.

It’s making Detroit a more enjoyable place to be for the many children who live there, and their parents, too. 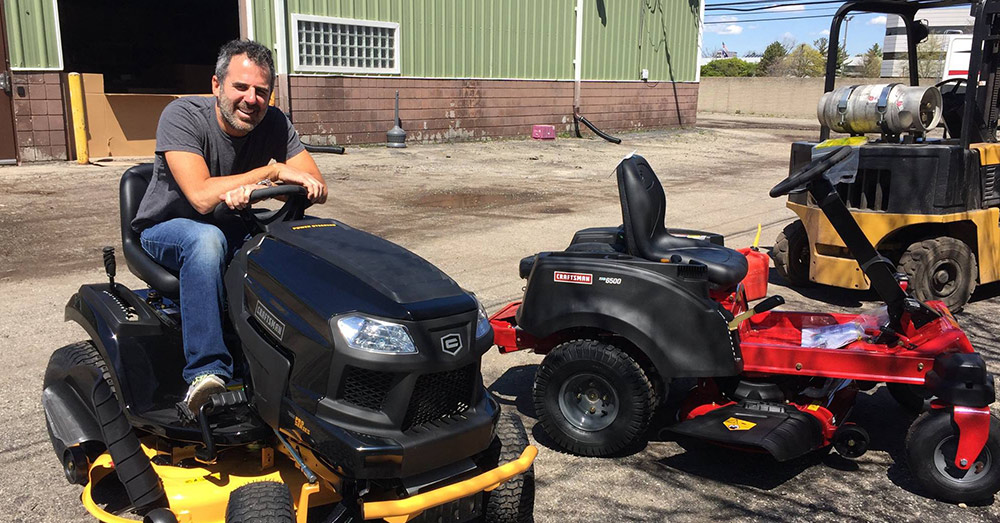 According to the Detroit News, the Detroit Mower Gang was founded by Tom Nardone in 2009, the same year he purchased his lawn tractor and learned that his city was facing challenges keeping its now grass trim.

“When the city was getting close to filing for bankruptcy there were more than 300 parks in Detroit and the city said it could only care for like 72,” he told Detroit News. 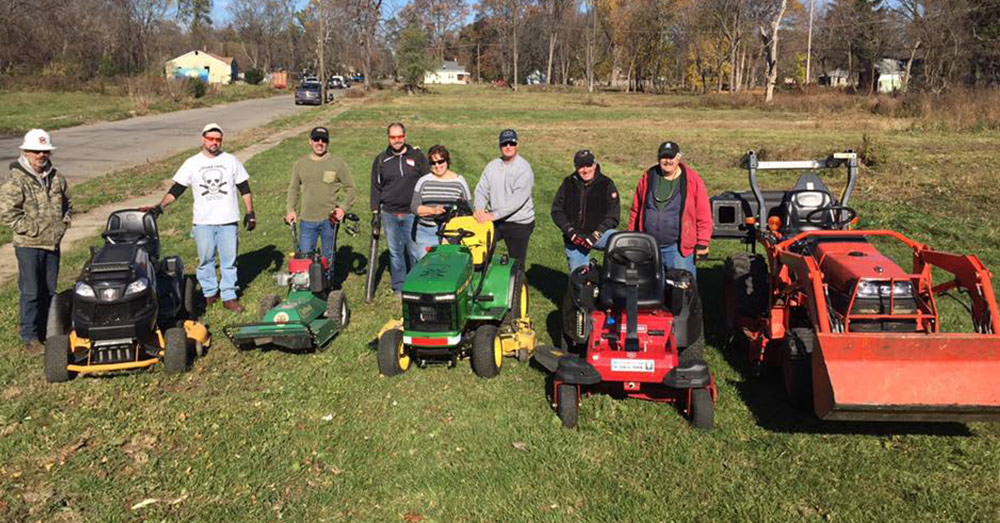 Since Nardone’s first volunteer mow he has started a Facebook page to promote the effort. Several more have joined the gang after finding him on Facebook. The gang continues to mow and grow, they even manage to have a little fun.

Each year, the members of the Detroit Mower Gang compete in the “Motown Mowdown,” a community showcase of lawnmowersmanship. 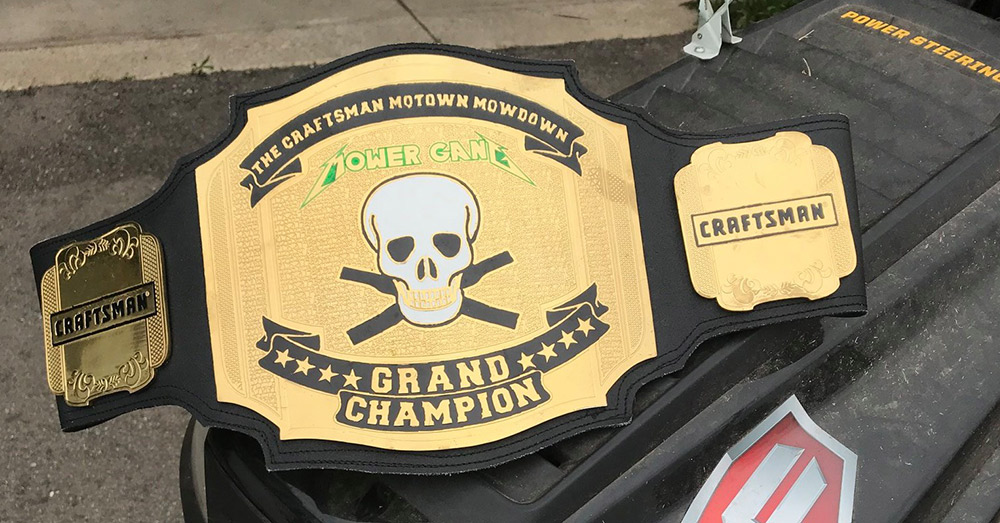 This year, 25 volunteers took part in the competition, each vying for the coveted championship belt for the most grass cut in a 12-hour period.

The Detroit Mower Gang has been welcomed by the city with open arms and greener spaces since they first came on the scene. This year’s Motown Mowdown left about a dozen abandoned parks and playgrounds across Detroit looking as good as new. Residents are hoping this gang sticks around throughout the rest of the season. 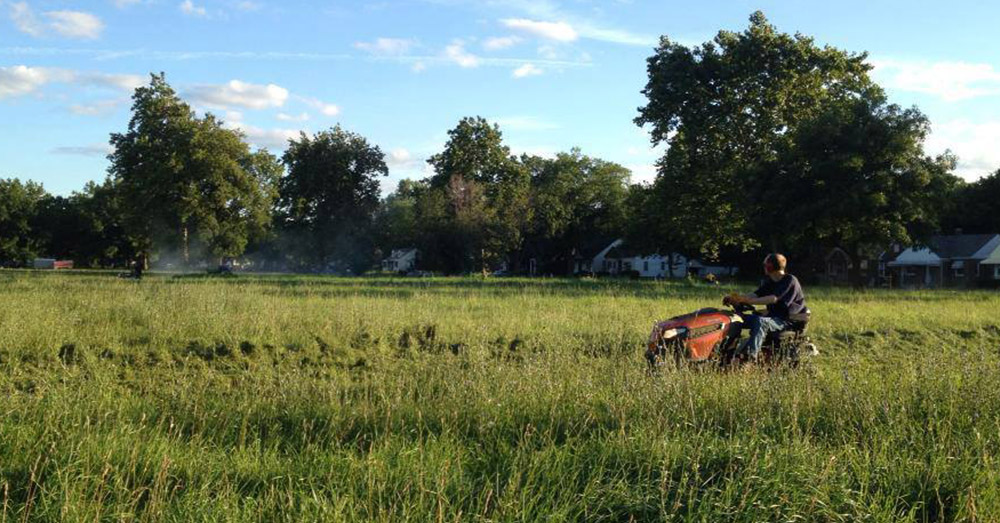 Source: Facebook/Detroit Mower Gang
There’s a lot of grass to mow, and a gang that’s up to the challenge.

“The reaction from people when they see what we’ve done is always so special,” said former Motown Mowdown champion Hannah VanEckoute , 28. “Sometimes the grass is so tall kids can’t even get into it and then the smile on their faces as we leave is such a great accomplishment.”

The Detroit Mower Gang makes sure the grasses cut and litter os pick up before moving onto the next area. They have also been known to tighten the bolts on playground equipment, making small repairs here and there. And through a nonprofit created last year called “Enemies of Debris,” Nardone and the gang pick up and trash in the Detroit River using fishing poles. 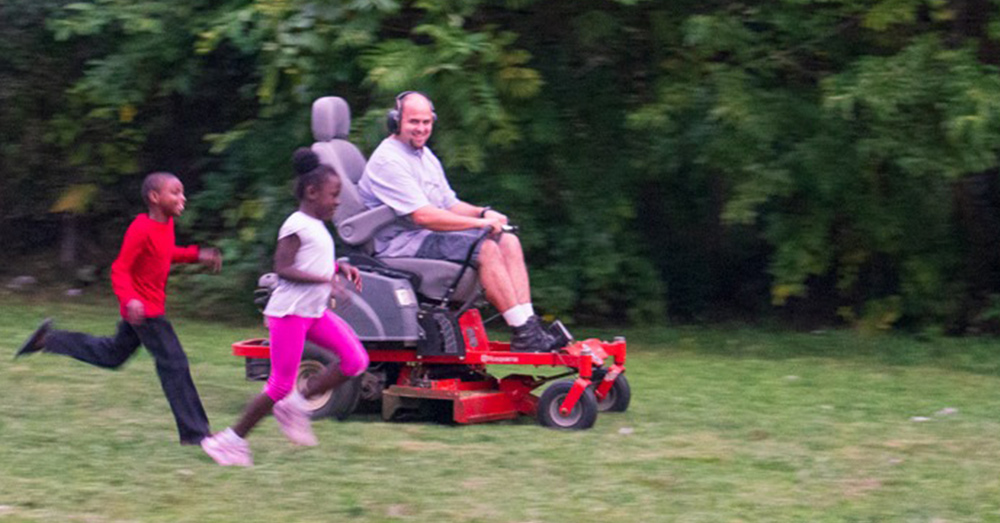 Not to bereft in the weeds, the city of Detroit has been paying attention to this gang with each passing week, recently sending out mowing crews to keep up its own parks before someone from the Mower Gang gets wind of overgrown grass

“We hope they put us out of business,” Nardone said. “We could start a bowling league or something.”

Here’s How To Use Groupons to Save Money

How to Prevent Loneliness and Isolation Among Seniors