Most of us are not destined to be in the history books. The reality for most of us is that life is full of moments that, while they are of monumental importance to us, in the eyes of history, they are anonymous, momentary actions, intimate experiences, known only to a few. It is true that some of us may have been engaged in monumental moments in human history, on the front lines of it even, yet our names will never be written down in the pages of that history.

This story is about one of those “anonymous” lives. I.V. Bourrage, up to now, has been known to a relatively small handful of people who remain alive today. The one who remembers him most is his wife, Evertie. But this coming July 31, 2020, by the grace of God and the determination of a U.S. Army veteran, I.V. Bourrage’s name is going to be remembered for a long time to come.

Here is his story. 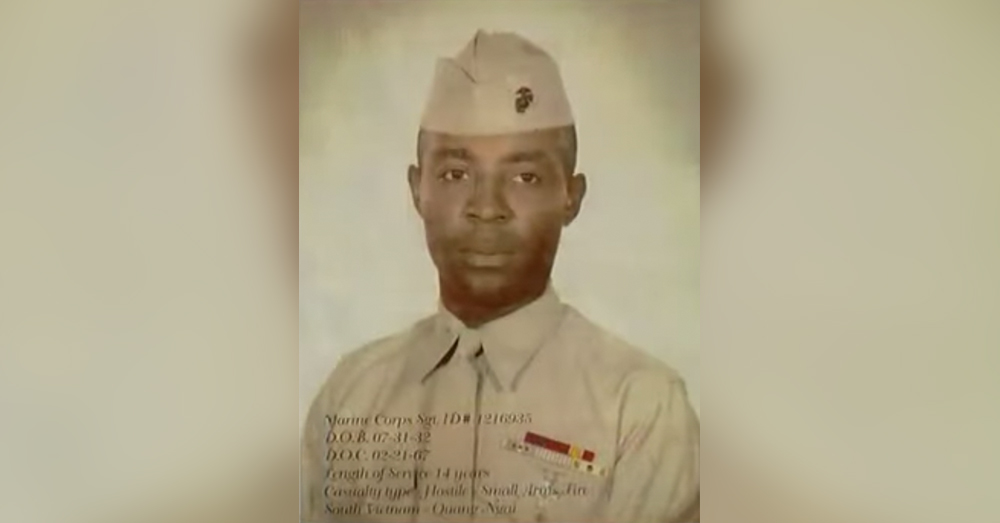 I.V. Bourrage was born and grew up in a small town in Mississippi. He knew and liked a pretty girl named Evertie when they were in school together. You will meet Evertie here in this video. You will see and hear in her words that she and I.V. were old school folks, people of manners and respect for one another. She says that I.V. “used to send his sisters with a note for me. He liked me from the beginning.”

Their grade school crush on each other lasted until they left grade school and went their separate ways. I.V. joined the Marine Corps and Evertie went on her own path, until Dec. 28, 1953.

You see, I.V. had never forgotten that pretty girl. He came home on leave from the Marine Corps and on that day in December, he told Evertie he wanted to marry her. It was a Sunday at her house. Then he went inside and asked Evertie’s father for her hand in marriage. It was on that day that they shared their first kiss. They were married on the following Wednesday and I.V. was off to his duties in the Marine Corps the next Saturday. 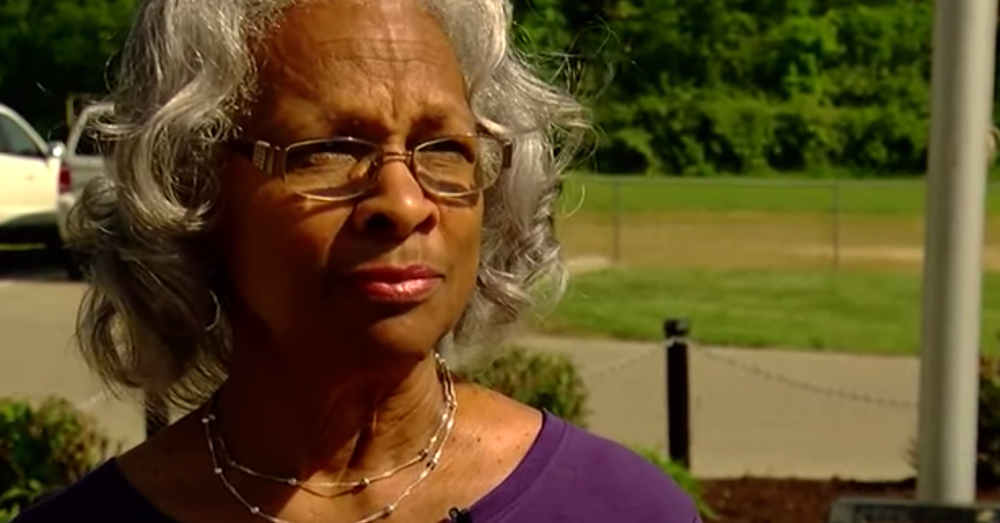 Over the next 14 years, I.V. and Evertie would have five children together. I.V. would do two tours in Vietnam. He would go on a second tour to Vietnam in 1967. While he was on that second tour he was killed in action on Feb. 21, 1967. His body was flown home to Mississippi to be buried near his family.

Evertie and her five young children would eventually move to a town near Cincinnati, Ohio and the children would grow up there, attending the Houston Elementary School. 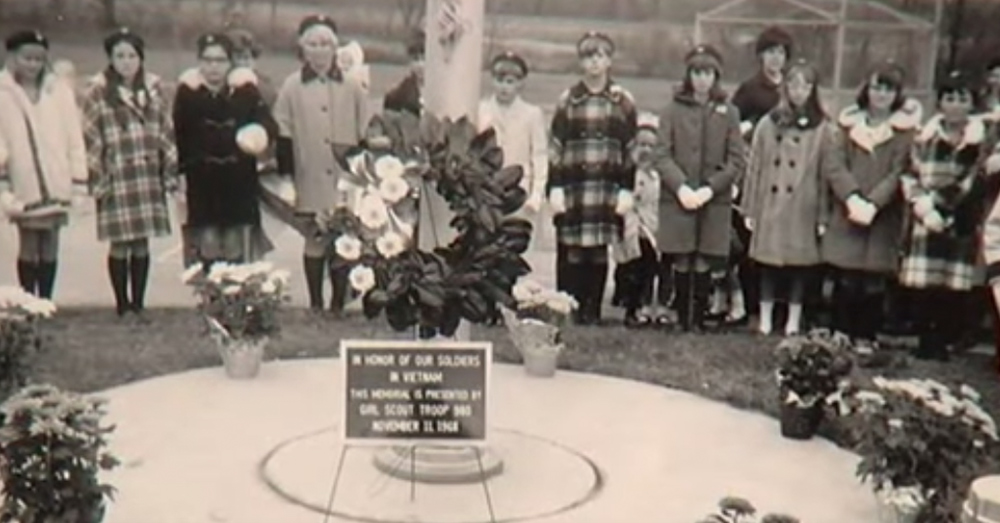 Source: YouTube/LOCAL 12
This monument was originally dedicated in 1968.

In 1968, local Girl Scout troop 980 had a plaque made and dedicated to those who fought in Vietnam. It was placed on a concrete block at the base of the Houston Elementary School’s flagpole. One of the Bourrage daughters says that she has a vague memory of the ceremony when that first plaque was placed as she was a student there at that time. The plaque was a generic memorial to those who had fallen in Vietnam up to that point. There were no names on it.

Skip ahead five decades and meet U.S. Army veteran, Chris Green. He is the president of the local Colerian Veterans Memorial in the same town. Green feels that we should, “Never forget those who’ve sacrificed their life for this country.”

He decided to make it his personal mission to ensure that I.V. Bourrage’s name would be remembered. 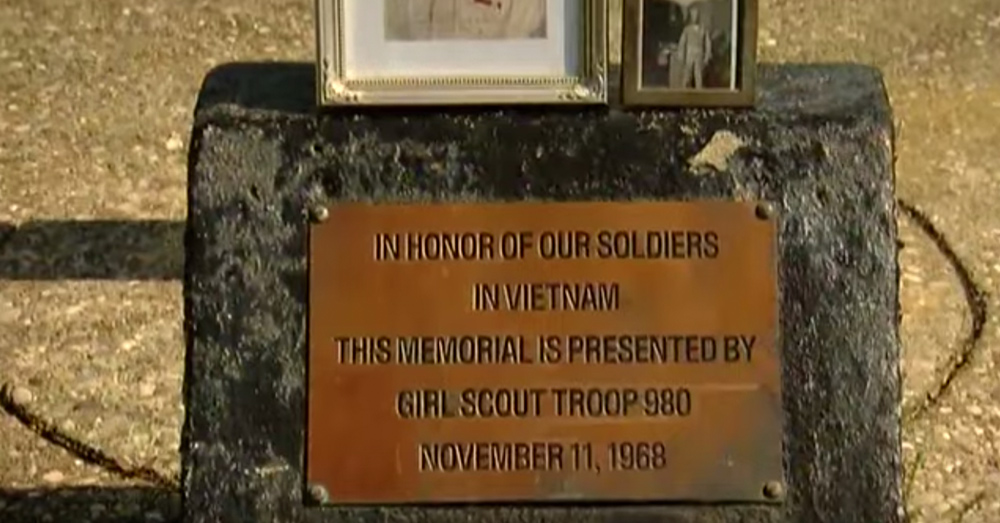 Source: YouTube/LOCAL 12
A new monument now honors the sacrifices of I.V. Bourrage and others who served in Vietnam,

With funds from the Colerian Veterans Memorial, Green had another plaque made to replace the older one that sits at the base of the Houston Elementary School flagpole. I.V.’s name will now be prominently displayed in that school’s memorial flagpole. For Chris Green, “The main thing I hope they [the school children, teachers and administrators of Houston Elementary School] take away from this is [the understanding] that freedom isn’t free. Freedom costs and I.V. Bourrage gave his freedom for all of us.”

Green has become very important to Evertie and her family. She says of him, “That’s why I call him my brother. We have different skin color, but we all bleed blood, red blood. So that’s the way I look at—he’s my friend and I thank God for him.”

The new plaque dedication ceremony will take place at the flagpole in front of Houston Elementary School on July 31, 2020. The Veterans Site wishes to honor and to remember I.V. Bourrage for the ultimate sacrifice for freedom that he made in Vietnam. We are glad that he is being remembered in this way and that his name and the cost of his sacrifice will be remembered for a long time through this new plaque being placed at the Houston Elementary School. His name is now written on a small page of that monumental history that was the Vietnam War. We also send our condolences to his wife Evertie and to his daughters. We never forget our Gold Star Families either.

See Exactly What A Firefighter Sees When Walking Into A Burning...