This event became one of the bloodiest battles in the Afghan War. It took place at and observation post above a village called Wanot in mountainous terrain. Nine Americans were killed there in that battle. Staff Sgt. Ryan Pitts of New Hampshire was the only one to survive.

He was awarded the Medal of Honor for his actions there that day.

This video will give you a visual and audial sense of the battle from both the actual footage taken from aerial observers and Apache gunship pilots and from an Army recreation video of the battle and Staff Sgt. Pitts’ location and actions. You will hear one of the Apache pilots describing what he is seeing down below him on that small observation post. It is very real and very intense. The cost of this battle was very dear. 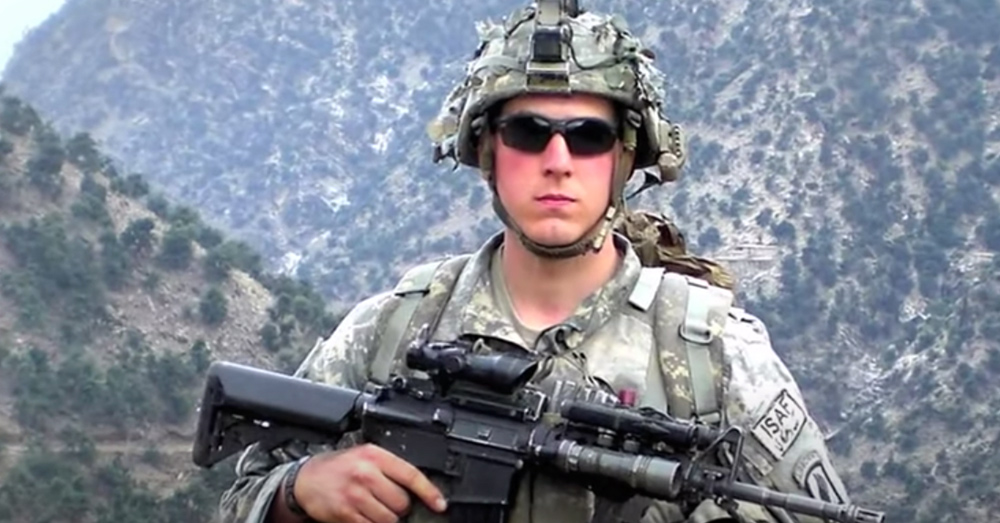 You will also see and hear Staff Sgt. Pitts as he is interviewed on CBS. You can see in his face and in the tone of his voice that he still carries the weight of that memory today.

As Pitts recounts the events, you will hear him say, “Valor was everywhere” that day. 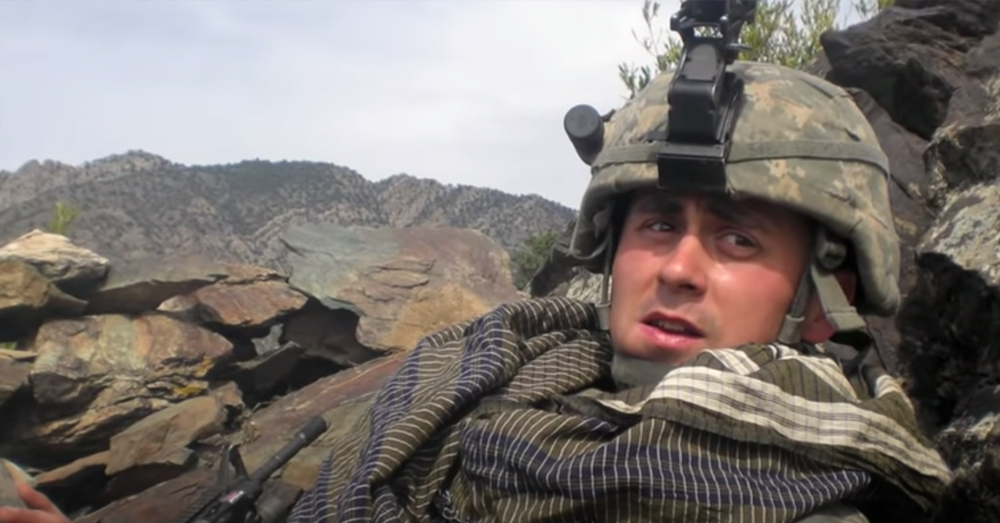 Source: YouTube/CBS Evening News
Staff Sgt. Pitts was wounded and bleeding badly at the very beginning of the battle.

He himself was wounded and bleeding badly at the very beginning of the battle. He crawled to a fighting position at the south end of the observation post and quickly put a tourniquet on his own right thigh to stop the profuse bleeding from a wound on the inside of that thigh. Four of his teammates also rushed to his aid, all of them were shot down.

Pitts started throwing grenades and firing his machine gun. The enemy was so close that when he pulled the pins he let them cook off a few seconds before throwing them. As close as the enemy was to him, he didn’t want them to be able to pick one up and throw it back to him. Talk about thinking clearly in the middle of a very intense, life threatening situation! At one point in the video, you can even hear him saying over the radio to the Apache pilots, “We’re going to die.” 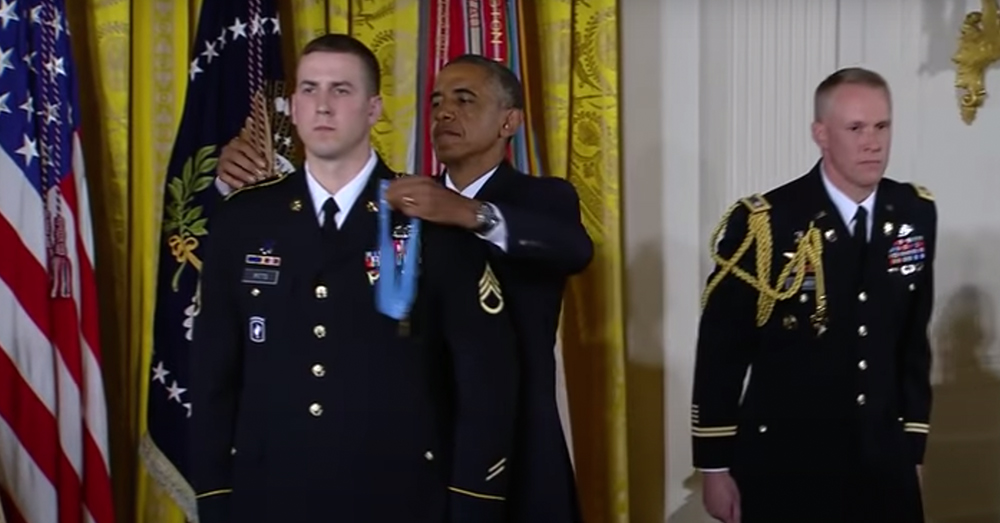 Source: YouTube/CBS Evening News
Staff Sgt. Pitts was awarded the Medal of Honor for his actions.

The Apache pilots are seen and heard firing their guns to within 10 meters (30 feet) of Pitts’ position in the effort to hold off the enemy. At one point, Pitts says that at one point there was, “an awful silence. I thought everybody was dead and I was alone.” The interviewer says, “You were.” And Pitts responds with a nod. “Yes.”

The Veterans Site honors Staff Sgt. Ryan Pitts valor in the face of the enemy and almost certain death. We know the weight that he carries in his heart and soul for his fallen friends and want him to know that we understand, and that we have him and his comrades in our thoughts and prayers. We will never forget those who fell. We will keep their families in our hearts and minds as well. Thank you Staff Sgt. Ryan Pitts for your sacrifice and your undaunted courage. May peace come to you and give you comfort. You deserve it.