A unique military weapon has been revealed by the Navy in an image posted to Twitter. The image taken from the USS Minnesota, the 10th Virginia class nuclear fast attack submarine pictured a crew member clad in hi-visibility orange, holding a laser rifle around his neck.

According to the Drive, submariners are vulnerable to enemy fire, floating explosives and airborne drones when they travel on the surface on he water. The non-lethal laser dazzler can send a disabling beam of bright light across long distances. They can be used to temporarily blind attackers or disable cameras, buying the submariners valuable seconds in which to counterattack or neutralize the threat.

“With suicide and unmanned vessel attacks being among the biggest potential threats to ships these days, laser dazzlers offer an essential layer of protection,” the Drive reports. “Even lower-end drones, whether airborne or waterborne, could be repelled via dazzlers by blinding their electro-optical systems.” 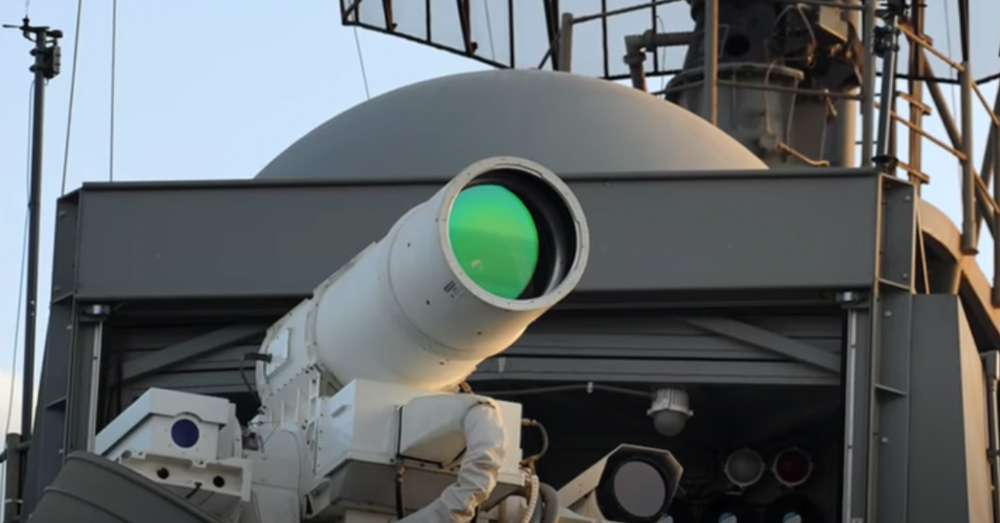 The Protocol on Blinding Laser Weapons, Protocol IV of the 1980 Convention on Certain Conventional Weapons, prohibits the military from using anything designed to cause permanent blindness. Thankfully, the laser dazzler has a brightness setting can be turned down to avoid injury.

“The compelling glare from a non-lethal optical distracter is very similar to the glare off a windshield from a setting sun,” reads a data sheet from the Joint Non-Lethal Weapons Program. “This illustrates that when used according to pre-determined concepts of operations and through proper training, a dazzling laser can offer the user a variety of desirable non-lethal effects.” 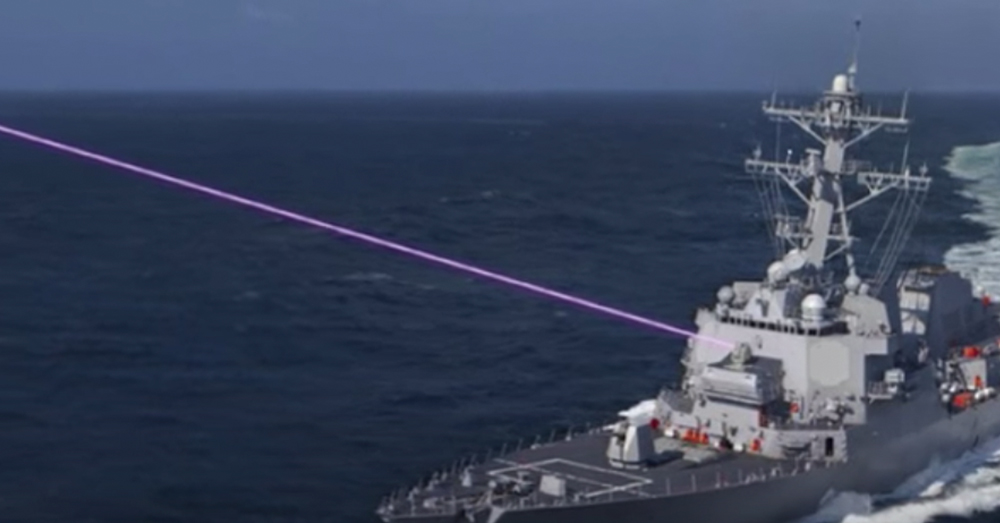 These weapons are being used by the U.S. Marine Corps, Army, Air Force, Navy and Coast Guard, spanning both the Departments of Defense and Homeland Security. The rifle model pictured in the NAvy’s tweet shows on form of the weapon, but larger and much more powerful version’s have been deployed on active destroyers, as well.

One such laser dazzler was installed aboard the Arleigh Burke-class destroyer Dewey in 2019. 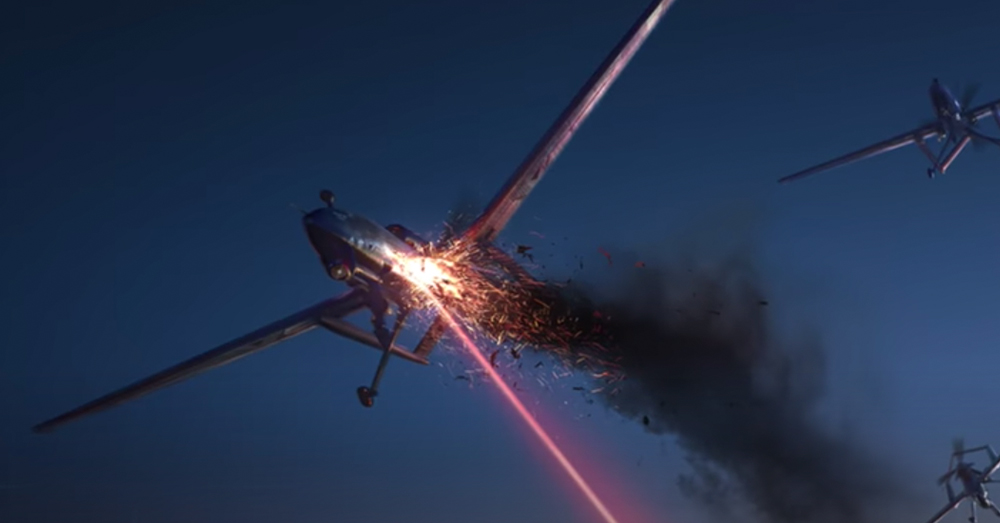 Source: YouTube/Defense Updates
Focused lasers can be used to take down drones.

“Called Optical Dazzling Interdictor, Navy, or ODIN, the system is the technological successor of the Laser Weapons System, or LaWS, a 30-kilowatt laser installed on the amphibious transport dock Ponce in 2014,” reports Military,com. “The ship conducted experiments in the Persian Gulf before the Ponce returned home for decommissioning in 2017; LaWS in its current form was never fielded.”

Concert Surprise Reminds Us Of The Unspoken Costs Of Military Service

Best Places to Get a Debt Consolidation Loan in 2020