History is a far more complex reality than the history books often reveal. The stories that get told usually give the big picture end of the great and important historical moments that shape history, but those stories are far more complex.

In reality, it is the details that combine over the course of a larger event that make the important historical moments possible. In the end it is the final results of a given moment that gets told. And often some of the details are left out, for a variety of reasons. This article is about one of those details that usually does not get told in the history books.

The Spanish American war broke out in response to an event that took place in the harbor of Havana, Cuba in 1898. An American warship, the USS Maine was anchored in the harbor at the time. Tensions between Spain and the U.S. had been building when on February 15, 1898, an explosion of unknown origin destroyed the USS Maine. 266 of the Maine’s crew of 354 were killed in the explosion.

This incited the passions against Spain and the war was on. 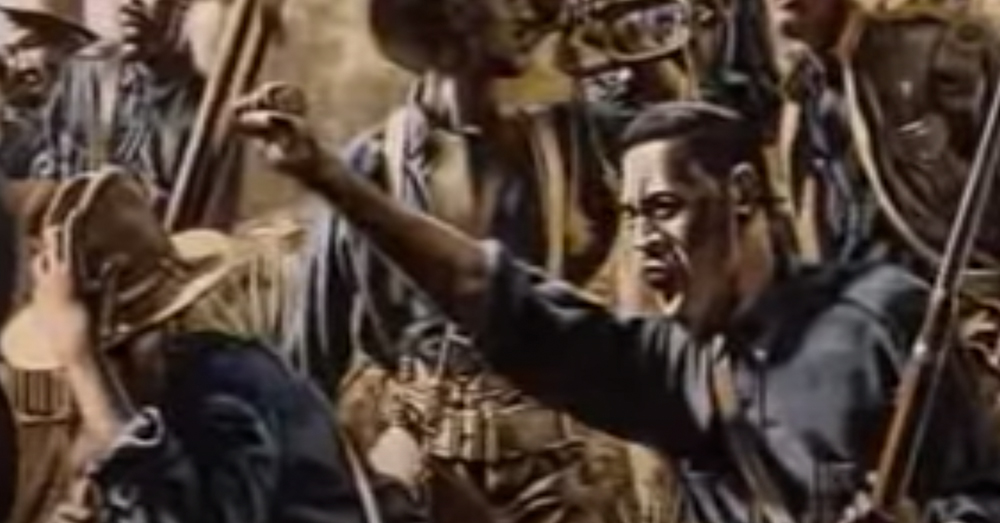 The most famous story about the Spanish American War that may be the gallant charge led by then Col. Theodore Roosevelt up San Juan Hill, in a battle against a much larger Spanish force. The history books reveal the importance of that victory for the American side and increased the reputation of the young Teddy Roosevelt and his troops, the Rough Riders.

Those are the names and the results that most of us learned in order to pass a history exam about the Battle of San Juan Hill and the victory of the United States, which then gave the United States the formally Spanish colonial territories of Cuba, Puerto Rico and the Philippines. 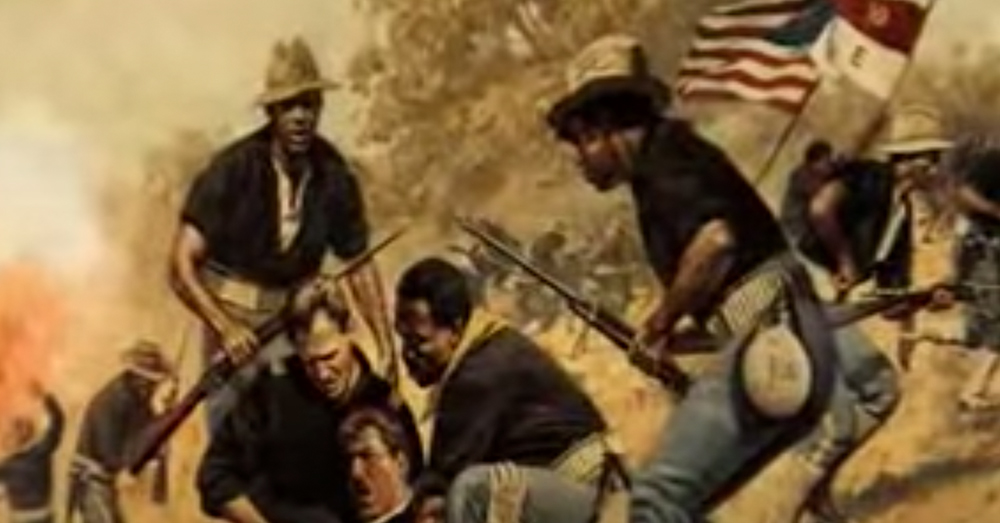 But the details of that day, of the charge up San Juan Hill leaves out a detail that is of great importance for a wholely other reason. The most important reason for the success that day was because of the gallantry, the skill and the fighting spirit of Black troops of the 10th Cavalry, known as the Buffalo Soldiers. These Buffalo Soldiers of the 9th and 10th Cavalries had already won fame and respect for their fighting skills and esprit de corps in the Indian Wars after the Civil War in the later decades of the 19th Century. They brought those skills and that fighting spirit into the action that day during that famous charge up San Juan Hill.

This video explains what they did that day using the words of various members of the 10th Cavalry that are full of the sentiments of the time period. They speak of the Buffalo Soldiers desire to fight, not just for victory in the battle, but so that others might be free from oppression. 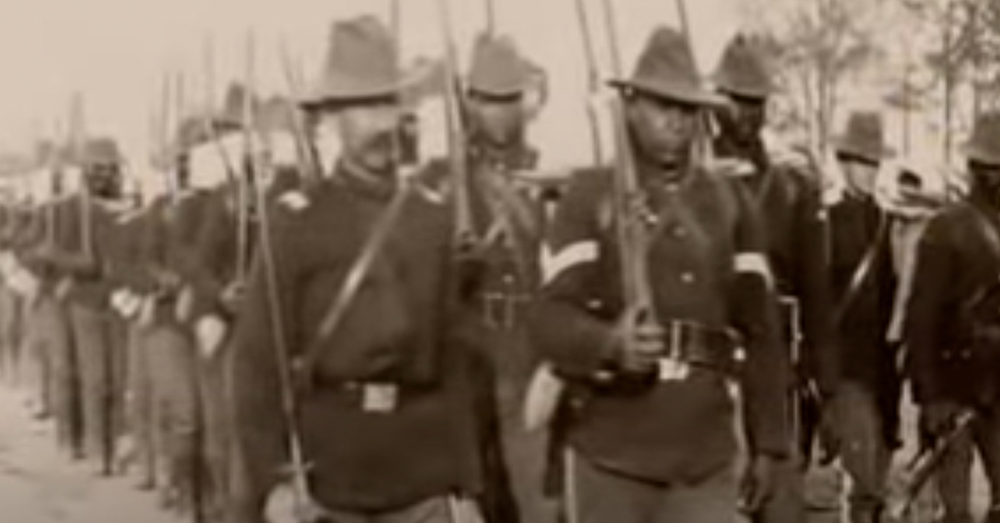 Source: YouTube/Disabled American Veterans
These Buffalo Solders made up the 10th Cavalry.

The Rough Riders struggled up that hill and nearly broke down until the Buffalo Soldiers of the 10th began to charge on the flank of the battle. Their firing was straight and true. They were relentless in moving forward against the Spanish forces.

The white troops, including the Rough Riders, observed the fierceness and skill with which they fought. They let loose loud and wild cheers as they witnessed the Buffalo Soldiers advancing. It heartened their own final charge up San Juan Hill to victory. 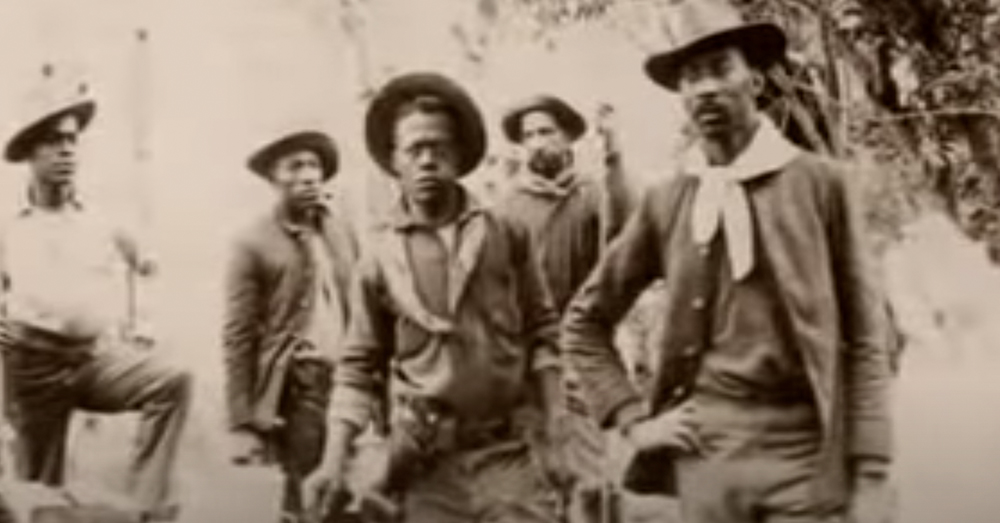 The Buffalo Soldiers had quite literally saved the day and became, for the moment, national heroes.

The Veterans Site is honored to tell this detail of that famous story in the Spanish American War. It is important in our own times to know and to honor the contributions of Black soldiers, the Buffalo Soldiers, in the noble history of our American story.

“Remember the Maine” was the shouted phrase of those Rough Riders charging up San Juan Hill. But we are adding this phrase to that day as well, “Remember the Buffalo Soldiers of the 10th Cavalry.” Their fighting hearts and their willingness to die for the liberation of others and their love of country was instrumental in winning that day, one of the great moments in American History.

Long live the memory of the Buffalo Soldiers.

When You Can’t Afford Your Electric Bill