April 1942 was a very dark time for the United States and the world. Pearl Harbor had been attacked only four months earlier, bringing the United States into WWII. We had just lost the Philippines to the Japanese, the Bataan Death March had killed 10,000 Americans and Filipinos, and tens of thousands of others became POWs.

At the time, the U.S. did not have fighter planes that could fly far enough to reach the Japanese capitol. It was Army Air Corps pilot, Col. Jimmy Doolittle, who came up with a truly bodacious, and some would say, crazy plan. He suggested launching huge, land-based B-25 bombers off of an aircraft carrier to attack the Imperial capital of the Japanese Empire, Tokyo. Most thought this would never work and if it did, it would be a suicide mission. 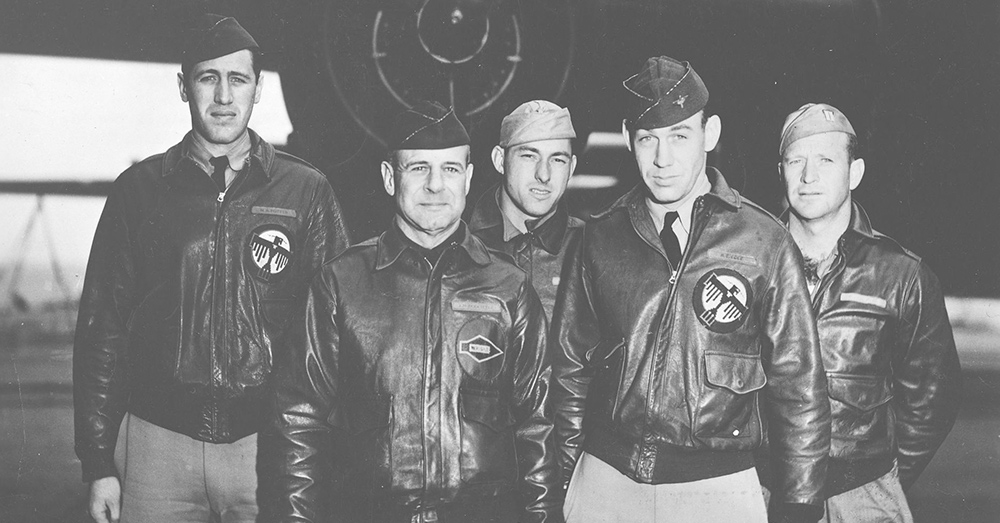 They had to modify the B-25s to make it work. They stripped them of all non-essential items, down to the mere basics. Then, in order to fly the distances required in the plan, they loaded the planes up with barrels of extra gasoline.

The plan was to launch the bombers from about 400 miles away from Japan, but they had been spotted by a Japanese fishing boat and decided to launch early. They were 600 miles from their target. It would be impossible to return to any American held territory. They would have to hit Tokyo and continue on to China where they hoped to be able to find allied Chinese forces to take them in. 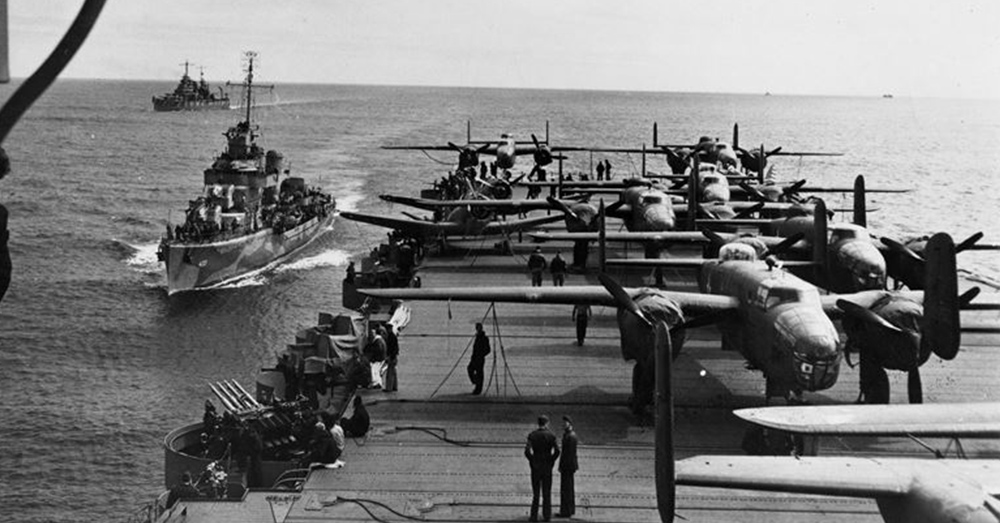 The carrier, the USS Hornet, pointed her bow into the wind and the first B-25 to launch was piloted by Col. Jimmy Doolittle himself. Those planes were not designed to take off from an aircraft carrier. Doolittle’s bomber lumbered too slowly, it seemed, down the flight deck into the strong wind, but finally lifted heavily and laboriously into the sky. The other 15 bombers followed and the raid was on.

We know what happened, of course. They were successful in dropping their bombs over Tokyo. It was a powerful statement from us to them. It surprised the Japanese and proved, beyond any doubt, that they were not invulnerable. It had a powerful psychological effect on the Japanese who thought that they would never be in danger of such an attack.

We know that 85 pilots and crew members flew with Doolittle on that raid. Of that 85, 77 were rescued in China and survived. Each plane and crew would have its own survival stories to tell. But 8 men from the Doolittle raid were captured by the Japanese and this is the rest of the story.

Those eight men endured severe torture under their Japanese captors. They were starved into severe malnutrition. They were held in absolute solitary confinement and were driven to the limits of their sanity as a result. Of the eight, 3 were executed after very short show trials. One died of malnutrition, and the rest suffered the effects of their treatment as POWs for the rest of their lives.

After the war, the United States held a war crimes trial for four of the Japanese soldiers who had been involved with the systematic torture and maltreatment of the Doolittle POWs. The important thing to remember here is the difference between how the Japanese had conducted themselves and how the Americans conducted the subsequent war crimes trial against those four Japanese soldiers.

Col. Edwin Bodine was the lawyer put in charge of the trial of Japanese soldiers. There was a great deal of emotional sentiment at the time to simply execute them. Bodine was universally disliked by many for his insistence on conducting the proceedings in a fair and just way, in line with our own American values. He was put under considerable pressure, but he stuck to his values and the trial was conducted and successfully concluded with four Japanese soldiers being found guilty and sentenced to 5-9 years of prison and hard labor. 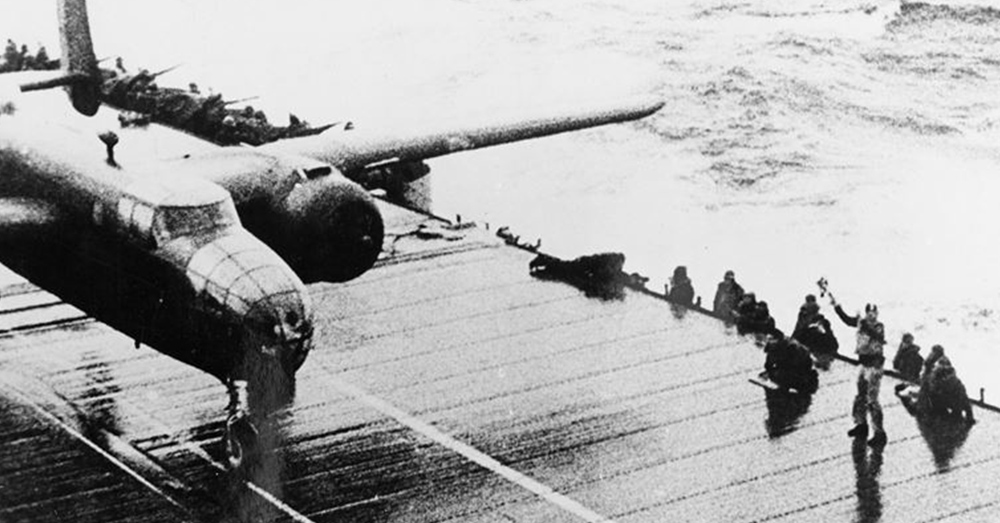 We had won the military campaign against the Imperial Japanese. It had been a long and bloody and costly effort. We could have been considered justified by the world if we had taken a severe and vicious revenge on the Japanese for what they had done to so many millions, and especially for how they had treated the POWs they held during the war. But Col. Bodine fought against that visceral, vengeful kind of response and won an even greater victory over the Japanese.

Instead of giving in to the more primitive instincts for revenge, he held that court responsible for upholding our American ideals and values. He made sure that the court was conducted within the universal parameters of justice and human rights, and the manner in which the trial was conducted put a bright light on the savagery of conduct that had been so common in Japanese treatment of POWs. This was, and would continue to be, a greater victory even than that of the military defeat of the Japanese and the Germans in WWII. 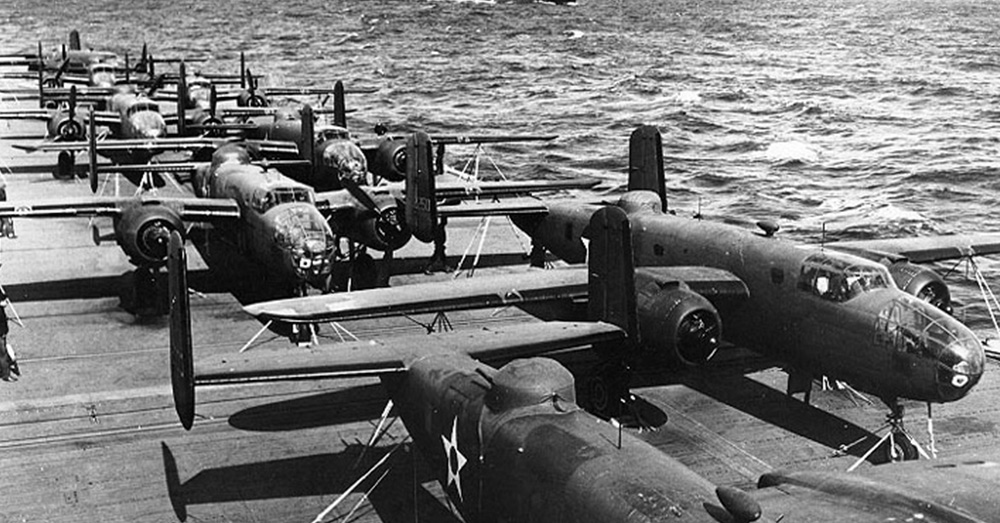 One of the lasting effects of that trial is that it succeeded in showing that doing the right thing in the hardest of times and situations is the nobler, more just, more human way to conduct ourselves. That trial would help to form more just international laws and would inform the conduct of the Nuremberg War Tribunals in Germany after the war. Those higher principles are still upheld in the war crime trials that are conducted to this day in the Hague.

That is our strength as a nation. We must never lose sight of that. Our nation has been built on values that are universal and profoundly just. They are found in our Declaration of Independence and our Constitution. But they are not givens. They must always be worked at until they become our habits. There is always a danger that those values could be shunted aside by the emotional fervor of any given time. It is easier to go to war, to exact revenge. But we are made to be better than that. 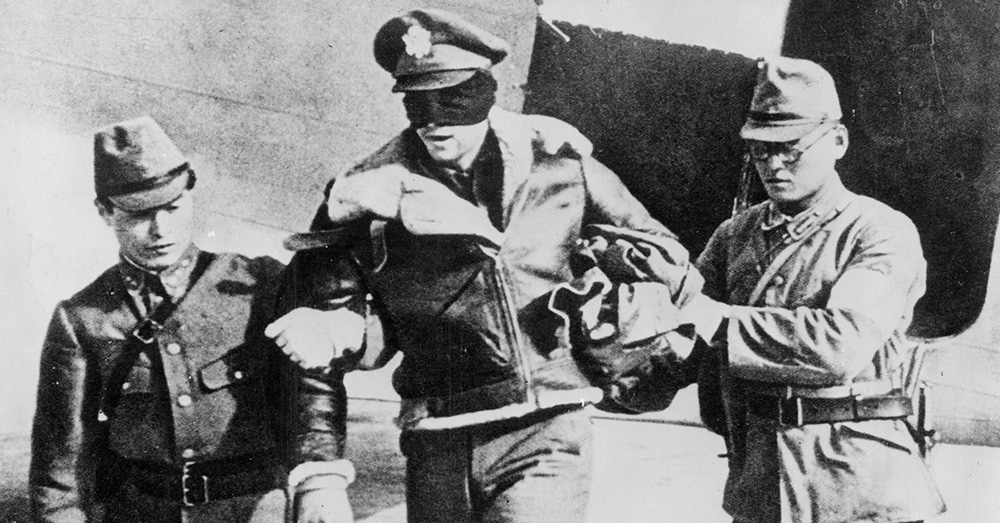 Source: Wikimedia Commons
U.S. Army Air Force Lt. Robert L. Hite, blindfolded by his captors, is led from a Japanese transport plane after he and the other seven flyers were flown from Shanghai to Tokyo.

We must be ever vigilant against the visceral tendencies that appeal to our primitive sense and desire for immediate gratification. Yes, even in the present moment. Let us always keep the ideals that Col. Bodine used so effectively in our vision. Let us not be blinded by the heat of the moment, but always be willing to take the harder road of seeking truly just and peaceful means to solve our most difficult problems.

Col. Bodine showed the world the nobler side of our shared humanity in the way that he conducted the war crimes trial against the Japanese soldiers who had been involved in the maltreatment of the Doolittle Raiders who fell into their hands. That moral victory was of even more profound importance than the just victory of our military might over that of the Japanese.

As Paul Harvey used to say so graciously, “Now you know the rest of the story.”

As A Survivor Of The Siege At Khe Sanh, I Feel...