“I wasn’t even paying attention to the protests at all until the feds came in,” Navy veteran Christopher J. David told the New York Times. “That’s when I became aware.”

David was motivated to visit the protests in downtown Portland, Ore., after seeing “unidentified federal agents grabbing protesters off the street and throwing them into rented minivans,” NYT reported. He saw the violent nature of these tactics and the agents’ willingness to follow orders to kidnap and abuse protestors as an attack on the Constitution.

At 53 years old with worries over his own health in the age of coronavirus, David hadn’t actually planned on visiting the protests. But he couldn’t excuse what he saw. 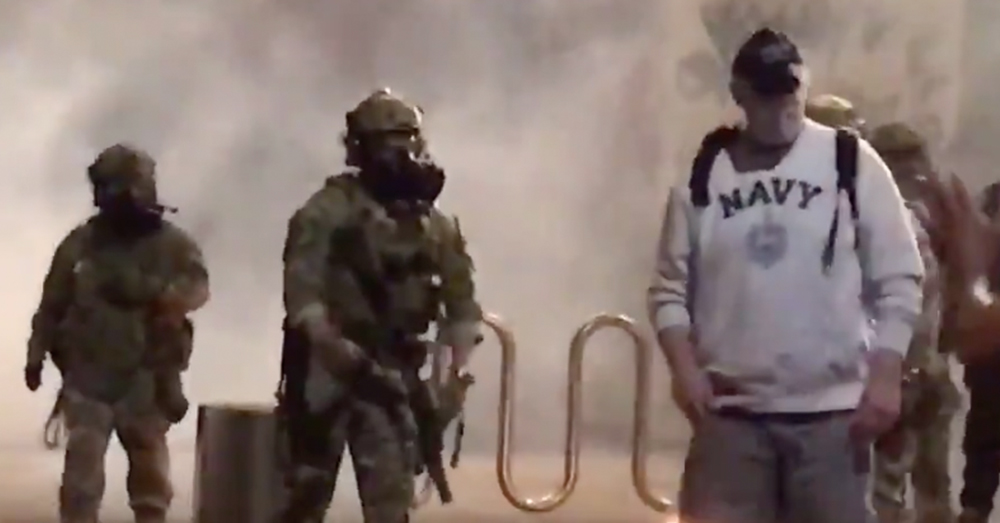 He put on his Navy sweatshirt and grabbed his backpack, emblazoned with patches from his service with the Navy SeaBees. He threw in his migraine medicine, nicotine gum, and wallet, and headed downtown.

“I identified the hell out of myself for a reason,” David said. “I want to give them pause so we could talk,” he said. “So I wanted to go down there to tell them that I believed they were not following their oath to the Constitution. That was my goal.” 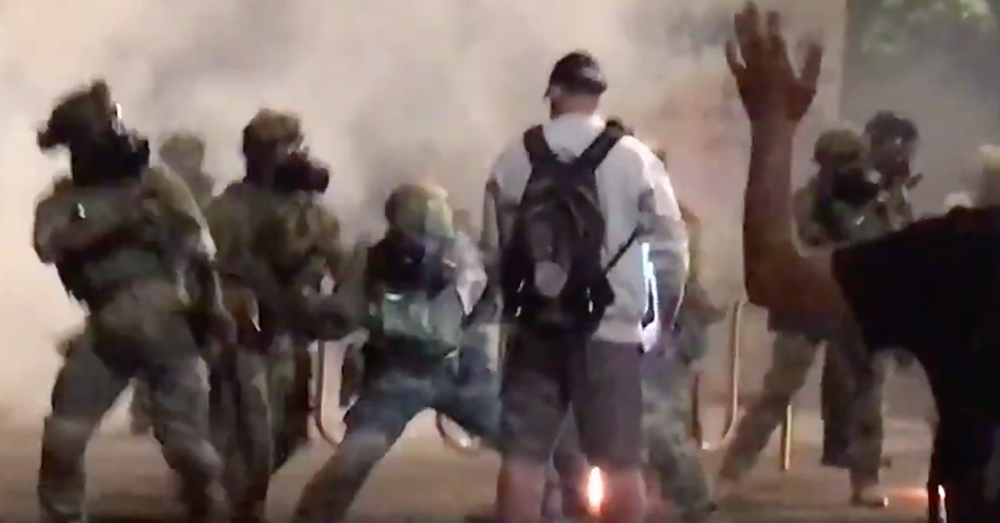 Not long after David arrived downtown, a group of federal agents near the Mark O. Hatfield U.S. Courthouse emerged from behind a barrier. This is where the video by Portland Tribune Zane Sparling recorded the veteran in the fray.

David attempted to confront the officers peacefully, armed only with a question: Why?

In response, he was beaten and sprayed in the face with pepper spray. 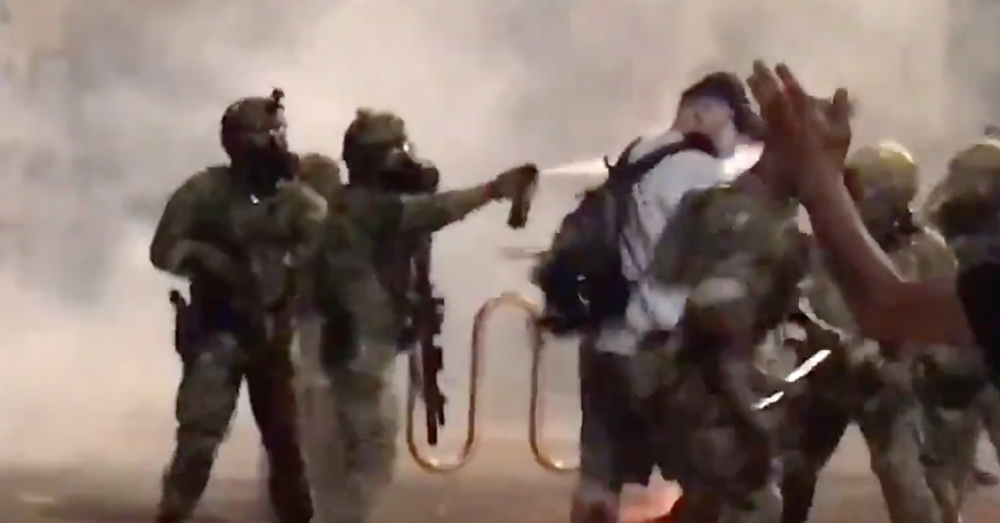 Source: Twitter/Zane Sparling
The agents beat David with their batons, and sprayed him with pepper spray.

Sparling’s video shows David standing amidst the chaos and smoke while uniformed agents almost immediately begin beating the veteran on sight. David stands nearly motionless as the agents pummel him with their batons, seriously injuring his high hand, and spray him in the face with pepper spray.

As David turns back to walk away, the Navy insignia on his sweatshirt is clear. He raises both hands in the air, giving the agents two single-fingered salutes while slowly walking away. 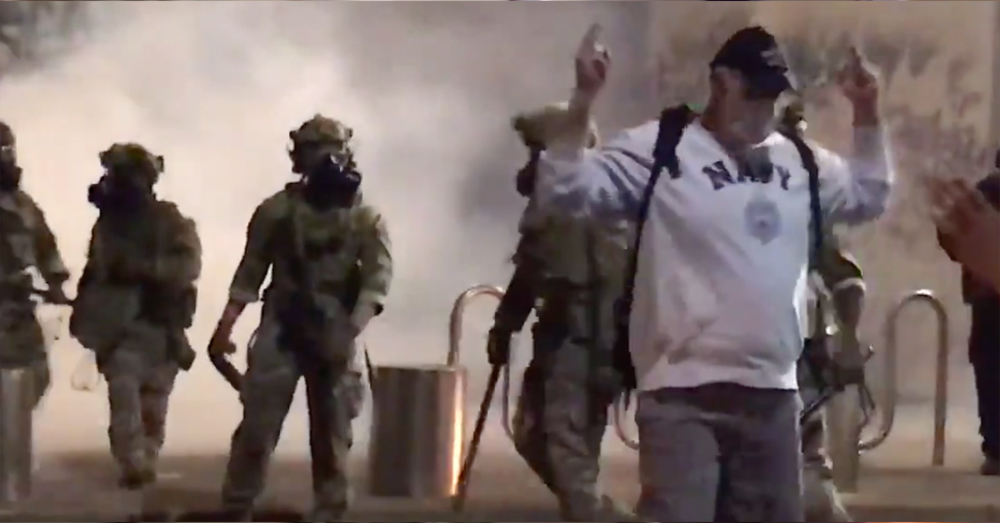 Source: Twitter/Zane Sparling
David raised his middle fingers in the air as he walked away, despite the injury to his hand.

Protests have raged in Portland for nearly two straight months since the death of George Floyd at the hands of a Minnesota Police Officer. More recently, the Trump administration’s support of unidentified federal agents pulling up in unmarked vans to apprehend and abscond with protesters in Portland has drawn comparisons to South American death squads, the tools of a despotic regime.

“It just didn’t seem worth it to me at that point, but it reached that threshold when I saw Pinochet-type behavior from our own government,” David said.

See the full video below.

Pennsylvania Man Posed As Navy SEAL, POW To Defraud VA Of $300,000 In Health Benefits: Click “Next” below!